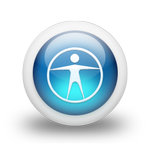 Call it nitpicking, but this year, the Chinese Year of the Snake, we’ll continue objecting to the term ‘the human element’. Not only does the catchphrase sound too cold like Mendeleev’s periodic table of elements. It actually doesn’t signify much. Even if the context is understood to be shipping, its meaning can be murky. One of our readers commented that the term goes beyond the seafarer and includes “the accountant who decided to save money by not putting O2 metres aboard ships”.

What a way to complicate things. Why don’t maritime folks just stick to the term ‘seafarer’? A better word would be ‘seaman’ – defined as a person whose trade or occupation is assisting in the handling, sailing, and navigating of a ship during a voyage (Dictionary.com). The exact legal definition of a seaman is still hotly debated but most people will have some idea when they encounter the term. Our personal preference is ‘seaman’ as it connotes seamanship and signifies the marriage of ‘sea’ and ‘man’. Impliedly, a seaman is one who loves the sea and the nautical life, not just the money that the job brings in.

Indeed, there’s a whole slew of English words that mean more or less the same: mariner, navigator, deck hand, mate, shipmate, sailor, swab, swabber, jack, jack-tar, lascar (referring to an East Indian sailor), midshipman, gob, shellback, old salt, sea dog. These terms have a long history behind them. ‘Seafarer’, for example, is said to date back to 1505 whilst ‘seaman’ is known to have been in use before 900. In contrast, the phrase ‘the human element’ is an upstart, the equivalent of a parvenu (a person who has raised his social or economic status but lacks the refinement of his or her newfound position).

We can understand the good intentions of those who love to bandy the term around. But we must object to its lack of a precise meaning. It is stodgy, colourless, unimaginative. ~Barista Uno