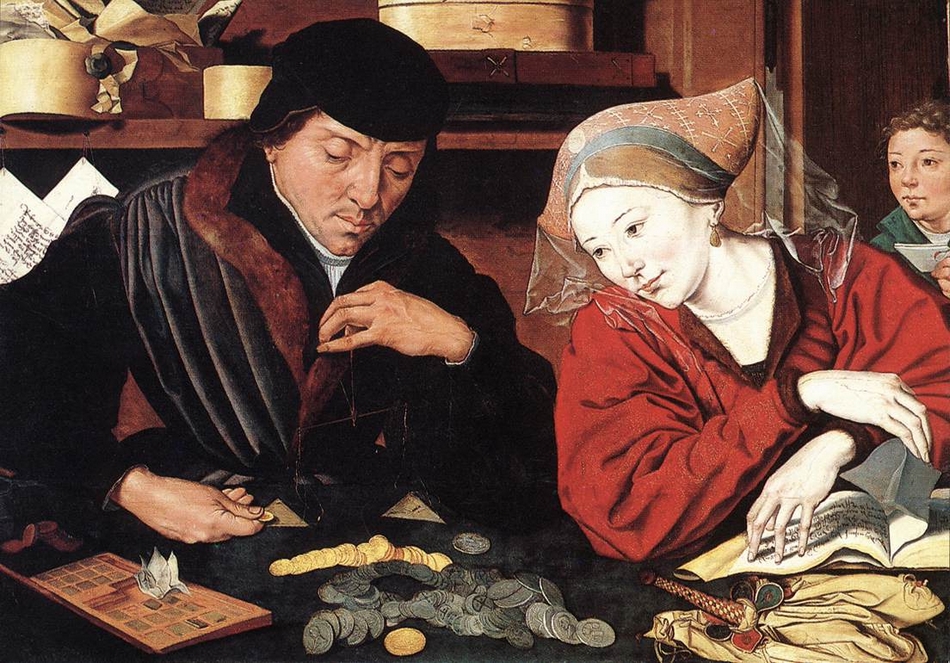 Filipino mariners risk life and limb whilst working at sea. In the meantime, many crewing agents in Manila merrily help themselves to the dollars they send home every month. These white-collar thieves do not feel guilty in the least. They seem as contented as the money changer and his wife depicted in the 16th-century painting (pictured above) by the Dutch Renaissance artist, Marinus van Roymerswaele.

As I pointed out in an earlier post (‘Crewing agents as money changers‘), dishonest manning agents use a lower-than-the-official rate when converting seamen’s dollar remittances to pesos and pocket the differential. It’s a neat bit of double-dealing that is costing Filipino seamen millions of dollars each year. And yet, no one in Manila has come out openly to condemn the illicit scheme. Not the unions. Not the maritime NGOs. And certainly not the local maritime press, many of whose members would rather kiss ass than alienate their friends and benefactors in the crewing sector.

Can anything be done to put an end to the decades-old scam? Certainly. Here are three suggestions:

The family allotments should be released in US currency.

No more tampering with the dollar-peso exchange rate. The seaman’s designated beneficiary can keep the money in his or her dollar-denominated bank account or go to a licenced money changer.

Foreign principals should make sure their manning agents use the correct conversion rate.

The shipowners, of course, may not give a hoot once they have already remitted the funds to Manila. Vetting their agents in Manila is so much additional work.

The unions should conduct their own investigation into the whole matter.

A mechanism can be put in place to allow seamen to complain to their unions if they are victims of the fraudulent scheme. The complaints should be treated confidentially. Erring manning agencies should be given a stern warning and sanctioned subsequently if they do not reform.

There’s a good chance that these proposals will fall on deaf ears. The double-dealing in foreign exchange is raking in millions for unscrupulous manning agents. It’s easy money for the people sitting in airconditioned offices. Pity the men and women who toil at sea. How long will the cheating be allowed to go on?
~Barista Uno