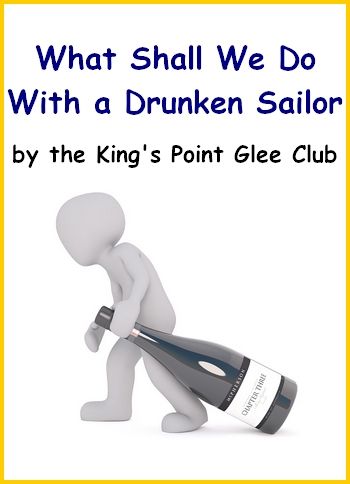 What Shall We Do With a Drunken Sailor by the King’s Point Glee Club (shanty, MP3)

Enjoy the sheer energy of this version of ‘What Shall We Do With a Drunken Sailor’ by the King’s Point Glee Club of the United States Merchant Marine Academy. The band accompaninent is just superb. This is a Marine Café Blog remaster of the recording published on the Internet Archive. (1.8 MiB, MP3, 1:10 minutes) 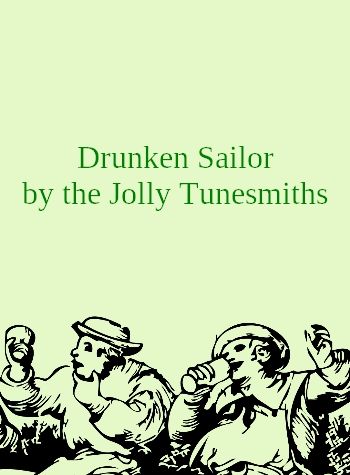 This version of the popular shanty ‘Drunken Sailor’ is set to the music of a traditional Irish folk dance. It was recorded in 1947 under the Standard label of the defunct Standard Phono Corp, New York. The digitised recording was published on the Internet Archive and remastered by Marine Café to improve the sound quality. (4.4 MiB, MP3, 2:41 minutes) 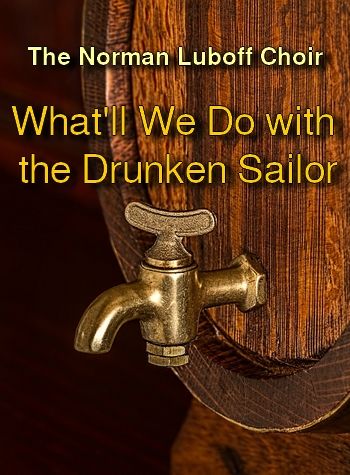 What’ll We Do with the Drunken Sailor by The Norman Luboff Choir (shanty, MP3)

Enjoy this popular shanty by The Norman Luboff Choir conducted by Norman Luboff (1917–1987), a noted American music arranger and choir director. ‘What’ll We Do with the Drunken Sailor’ was included in the group’s 1959 album Songs of the British Isles. This is a Marine Café Blog remaster of the digitised track published in the Internet Archive.(3.8 MiB, MP3, 1:46 minutes) 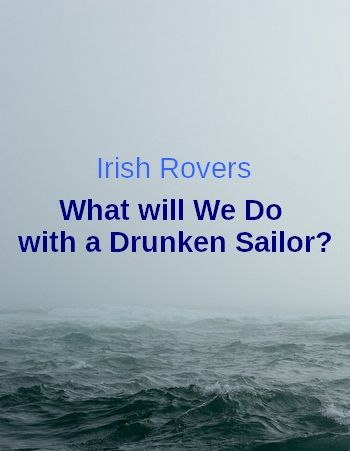 What will We Do with a Drunken Sailor? by the Irish Rovers (shanty, for iPhones)

This is one of the most popular versions of ‘What will We Do with a Drunken Sailor?’ (‘Drunken Sailor’ for short). It is by The Irish Rovers, a group of Irish musicians formed in 1963 and renamed The Rovers in the 1980s. The audio file is in a format for use on iPhones (1.3 MiB, m4r, 2:38 minutes) 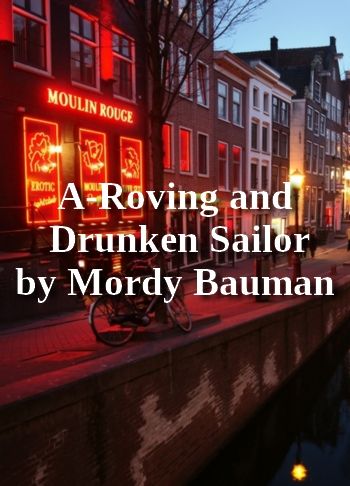 These back to back shanties by American baritone Mordy Bauman (1912–2007) are full of exuberance. ‘A-roving’ is about a sailor’s escapade in Amsterdam’s redlight district. It is followed by the equally bouncy ‘Drunken Sailor’. The original 78rpm record containing the two songs was digitised for the Internet Archive by the California-based Kahle/Austin Foundation. (4.8 MiB, MP3, 2:53 minutes)