A cat’s offbeat views on the coronavirus pandemic 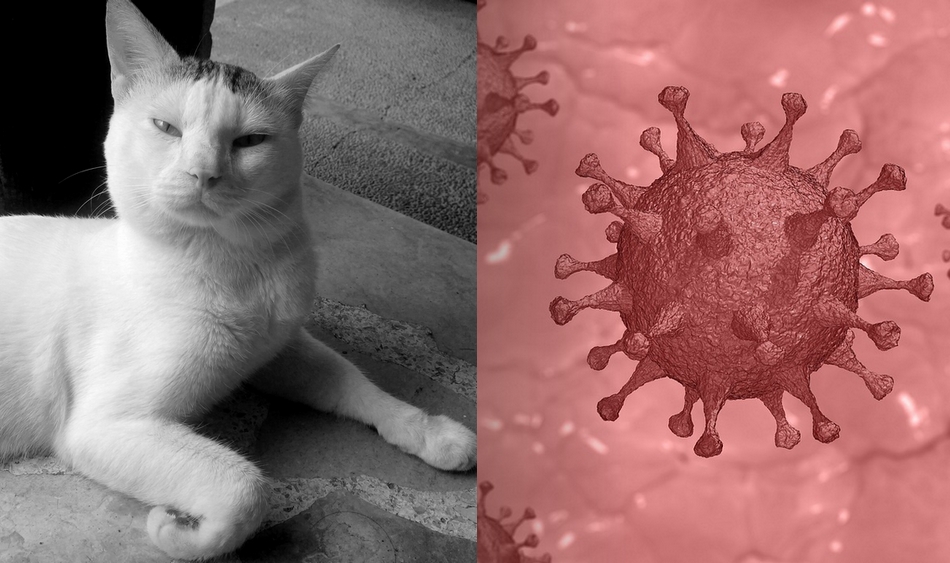 My friend Frankie the Sage Cat is smarter than some pundits who appear on television to give their two cents’ worth. But he’ll never be invited to guest on any show. You see, Frankie’s views can be a bit far-out even when it comes to the shipping industry. He’s an iconoclast at heart, always ready to criticise institutions and people’s cherished beliefs. This was evident once again during Marine Café Blog’s latest conversation with the fellow.

Marine Café Blog: You seem to be carrying on as usual. Hanging about in the garden, for instance. Aren’t you concerned about COVID-19?
Frankie: Why should I be? I never go malling like you humans. I had quarantined myself long before they coined the buzzword “social distancing”.

MCB: You’re anti-social. Admit it.
Frankie: No, I’m not! I just don’t like the thought of going out and crossing paths with idiots.

MCB: As of noon of 21st April, figures from John Hopkins University showed 2,478,153 confirmed cases worldwide. A total of 170,368 have died. Doesn’t that make you sad?
Frankie: Of course I feel sad. If not for you humans, I wouldn’t have chicken for dinner and canned tuna for my midnight snack. But let’s put things in perspective. Bombs and bullets have caused more deaths in the wars in Iraq, Afghanistan, Syria and Yemen compared with that darn coronavirus.

MCB: Hmm, that’s something to think about.
Frankie: It’s a crazy world, I tell you. There are shortages of protective gear for doctors and nurses, but the world never runs out of weapons to maim and kill.

MCB: Some experts are saying the world won’t be the same after COVID-19.
Frankie: Are they kidding? The world has known several pandemics. Have they changed the way people and governments behave? Anyone who believes that the billions of dollars spent on armaments will now go to health care is a fool.

The world has known several pandemics. Have they changed the way people and governments behave?

MCB: Do you see a deeper meaning in this pandemic?
Frankie: I’d like to draw a parallel with Noah and the Great Flood, but the atheists would raise their eyebrows at any suggestion of divine intervention. I’ll just say that viruses are the perfect cure for hubris.

MCB: Could you elaborate?
Frankie: Humans are full of pride. They believe that they have dominion over all of creation. Look at how they madly drill for oil in the oceans and frack natural gas from the land. Or the way they destroy forests to make way for palm oil plantations. Woe to the wild birds and the orangutans.

MCB: Are you suggesting that COVID-19 is nature’s way of getting back at humans?
Frankie: Well, what goes around comes around.

MCB: But the world needs energy.
Frankie: Tell that to Greta Thunberg.

MCB: Meaning?
Frankie: Humans should learn to scale down their wants and adopt simpler lifestyles. They’re too obsessed with having more and more, and the bigger the better. Why build mega cruiseships that are floating Petri dishes for all kinds of germs? Why travel to so many foreign countries and then post selfies on Facebook? Why not spend some quiet time at home and read a book?

MCB: If people only bought what they needed, the malls may have to close down.
Frankie: I think that wouldn’t be such a bad idea. Children should be playing outdoors and enjoying the sunlight instead of lounging around in shopping centres. By the way, could you get me some salmon once the lockdown is lifted? I’m kind of tired of having chicken and tuna all the time.