A cat’s opinion of the ‘Day of the Seafarer’ 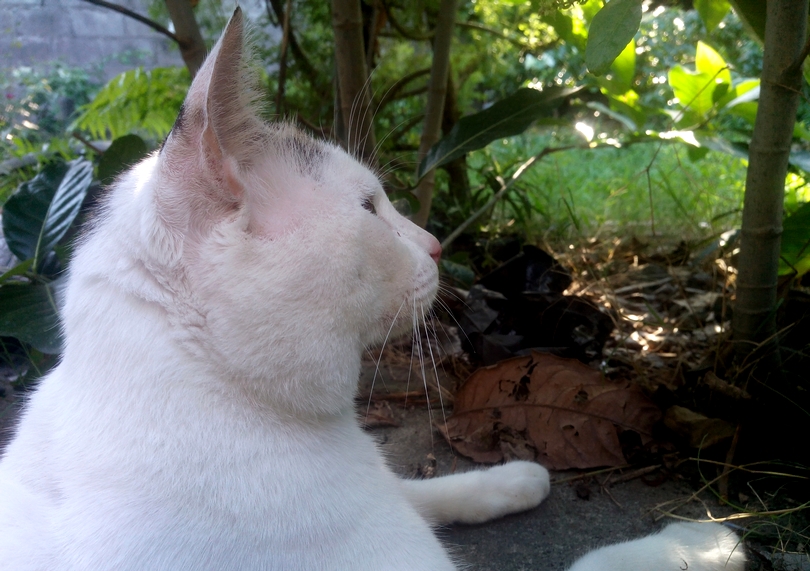 This Sunday, the 25th of June, is the ‘Day of the Seafarer’. I thought I would chat with Frankie the Philosopher Cat and see if he’s in a mood to celebrate. Frankie is not much into festivities, but you never know. The slogans and tributes to mariners have been so persistent and so sweet that even a cat might succumb to the music.

Barista Uno: Want to go with me to Manila and join the fun? It’s Friday and some crewing agencies are throwing a party for our heroes, the hardworking seamen and seawomen!
Frankie: That’s the most insane suggestion I’ve heard from you.

BU: But they’ll be serving Kentucky Fried Chicken. I know you like that.
Frankie: There’s a KFC outlet nearby. Why don’t you get an 8-piece bucket? Let’s share it at home and spare ourselves the agony of commuting to Manila. You can have one piece and the fries.

BU: You always think of food.
Frankie: And you humans think only of money.

BU: Excuse me, I’m not a manning agent.
Frankie: Ah, I forgot. You are a man of high ideals and low income.

BU: Would you celebrate the ‘Day of the Seafarer’ if you were paid 1,000 pesos to do so?
Frankie: Make it US$1 million.

BU: Are you crazy?
Frankie: Which is crazier: me asking for US$1 million or some company hosting a party and giving awards to mariners and cheating them the rest of the year?

BU: For a cat, you seem to know a lot.
Frankie: Well, it’s an open secret in Manila that many manning agencies use a lower dollar-to-peso rate than the Central Bank’s for converting seamen’s dollar remittances. They’re acting like bankers!

BU: Let’s forget about the malpractices. Don’t you think mariners deserve special recognition for their services?
Frankie: Mariners don’t need recognition. They need respect. So do maritime cadets, who work as unpaid servants in manning firms and maritime unions. These cadets have no choice. They want to go to sea and earn money.

BU: So how would you describe the ‘Day of the Seafarer’?
Frankie: It’s one big anomaly.

BU: I’m not sure I understand you. Anomaly?
Frankie: Just ask yourself: why is the International Maritime Organization spearheading the celebration of the ‘Day of the Seafarer’? The IMO has nothing to do with maritime human rights and the welfare of seamen. The International Labour Organization should take the lead. Has the shipping industry forgotten that Maritime Labour Convention, 2006, the so-called ‘bill of rights’ for seamen, is not an IMO but an ILO treaty?

BU: You raise a valid point. But what harm is there in celebrating the ‘Day of the Seafarer’?
Frankie: Well, you are free to celebrate. I will go to the garden and meditate.