A cat’s view on climate change and child climate activists 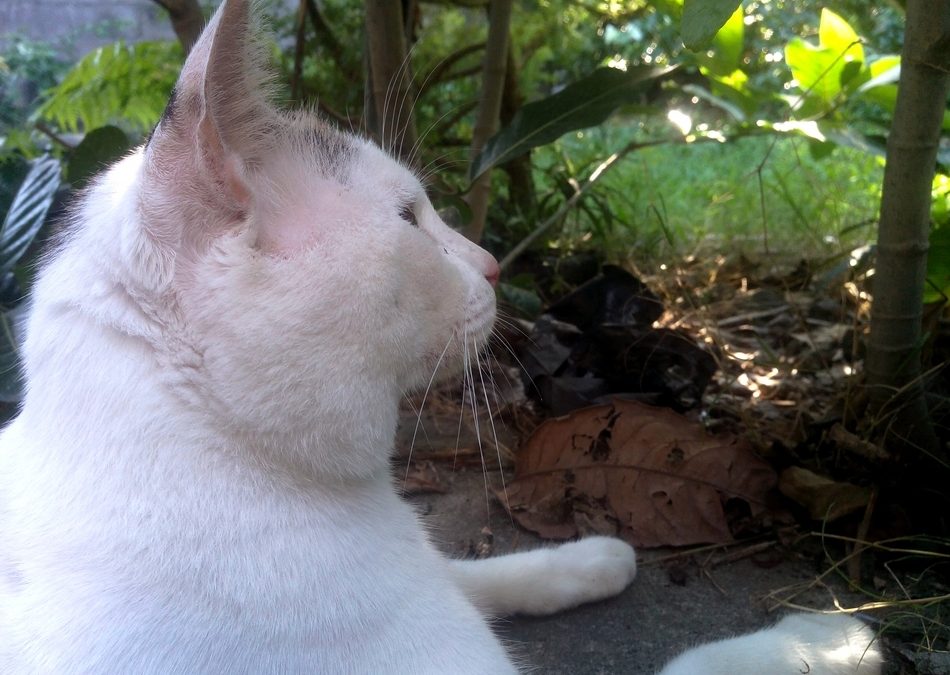 Frankie the Sage Cat loves gardens as much as he loves shrimps and tuna. He says gardens help preserve the sanity of cats and humans. Of late, however, he has been spending his afternoons indoors, just sitting quietly or taking long naps. I decided to find out if something was bothering him.

Barista Uno: Why aren’t you in the backyard garden? It used be your favourite hangout.
Frankie: It still is, but it’s hot and humid outside. Bloody climate change!

BU: Some people say there’s no such thing, that the earth alternately undergoes hot and cool periods. It’s a normal geologic cycle, they say.
Frankie: Maybe so, but global warming in just a few years instead of eons? When I was a kitten (not too long ago), it was pleasantly cool in October. Now it’s crazy hot and humid.

BU: You seem to be suggesting that we can tell climate change by our senses.
Frankie: Why not? You may not be able to tell that the thorn of a rose has pricked you until you feel pain and see blood oozing out of your skin. The same thing with polar bears. They can see and feel the ice melting around them.

BU: But isn’t a scientific approach better than an experiential one?
Frankie: That’s the problem with the climate change issue. The sceptics insist on seeing the scientific evidence. And when they are presented with a mountain of such evidence, they’ll say the scientists got it wrong. Meanwhile, they pay no attention to what humans and cats are actually experiencing. The whole matter leads to never-ending debate and to name-calling.

BU: Speaking of name-calling, have you seen how the 16-year-old climate activist, Greta Thunberg, has been attacked by her critics?
Frankie: Yes, I have. The poor girl has received more bashing than any dictator, living or dead. They’re being hard on her but soft on those who butchered journalist Jamal Kashoggi and ordered his killing. They’re even questioning her mental health.

BU: Ms. Thunberg has Asperger’s. Did you know that?
Frankie: Of course. Greta says so in her Twitter profile. Asperger’s does not make her a lunatic. In fact, she is more articulate and saner than many of the people you’ve known in your writing career.

BU: Some of her critics say she and her followers are too emotional. Don’t you agree?
Frankie: Was there any revolution that was not emotional? Even the makers of deodorants appeal to emotions in their advertisements. Why can’t environmental activists do the same?

BU: You mention the word “revolution”. Is the anti-climate change movement really that or is it just a fad?
Frankie: Time will tell, time will tell.

BU: Some people say Ms. Thunberg is creating hysteria around an issue that calls for sober analysis — for science, not emotion.
Frankie: It’s ironic that those who make that accusation have been hysterical in attacking Greta. Instead of logical arguments, they use ad hominems. So much for sobriety. Besides, Greta has been urging everyone to listen to the scientists, not her, and to unite behind the science and take action.

BU: Appearing before US lawmakers, Ms. Thunberg submitted a special IPCC report on global warming in lieu of a prepared testimony. Hmm… I wonder how many of her detractors have read that report?
Frankie: Stop wondering! Posting comments on Facebook and Twitter is easier and more fun than reading scientific papers.