A landmark ruling in the Age of Pirates 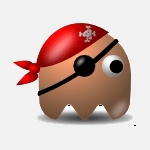 The Saldanha, a 38,000 dwt Panamax bulk carrier, captured by pirates in the Gulf of Aden, remained on-hire for the subsequent period of detention, according to a ruling in the English High Court in June. According to the UK Defence Club, this was the first English Court judgment which specifically addressed the charterparty implications of piracy and provided guidance on an “issue of great relevance to owners and charterers alike.”

On 22nd February 2009, the Saldanha, on a standard New York Produce Exchange charter, was en route from Indonesia to Kope, Slovenia with a cargo of coal when seized by pirates. She was taken to a location close to Eyl, Somalia and released on 25th April 2009. The charterer did not pay hire during the detention, claiming the ship was off-hire since its seizure.

The UK Defence Club supported its owner member in his claim against the charterer.

A London arbitration tribunal found the ship had remained on-hire throughout its detention. The charterer had argued that the ship was off-hire by referring to clause 15 of the NYPE charter:

“…in the event of the loss of time from default and/or deficiency of men including strike of officers and/or crew or deficiency of stores, fire, breakdown or damages to hull, machinery or equipment, grounding, detention by average accidents to ship or cargo, dry-docking for the purpose of examination or painting bottom, or by any other cause preventing the full working of the vessel, the payment of hire shall cease for the time thereby lost.”

The charterer argued that the seizure by pirates amounted to a “default and/ or deficiency of men” or “detention by average accident.” He further claimed that the words  “any other cause” as found in the clause could include an external event such as the actions of pirates.

The charterer appealed the tribunal’s decision in the English High Court where Mr. Justice Gross found that the appeal failed on all counts.

So far as default or deficiency of men was concerned, the judge agreed with the tribunal that this related to the owner’s failure to supply enough crew or a refusal by a crew to perform their duties -and not to the negligent act or inadvertent performance of their duties, as the charterer had argued.

Nor did seizure by pirates amount to “detention by average accident.” This would have required some damage to the ship and an element of fortuity, neither of which was present.  Further, the words “any other cause” in the NYPE off-hire clause could only refer to some sort of deficiency or detention of the vessel or crew and not to some completely external influence.

The judge concluded that if parties wished to treat seizure by pirates as an off-hire event under a time charterparty, there should be specific wording to that effect. He  suggested that if the off-hire clause had been amended to refer to “any other cause whatsoever” then this might have made a difference but this was not certain.  The charterer has since been refused leave to appeal to the Court of Appeal.

UK Defence Club Manager Daniel Evans commented:  “The judgment is a very important one with wide ranging implications for the shipping industry, as pirate attacks remain prevalent. Unless there is clear wording to the contrary, this ruling means that a ship chartered on unamended NYPE terms will remain on-hire if seized by pirates. It is very much a landmark ruling.” (contributed article)