A post-mortem on the maritime press 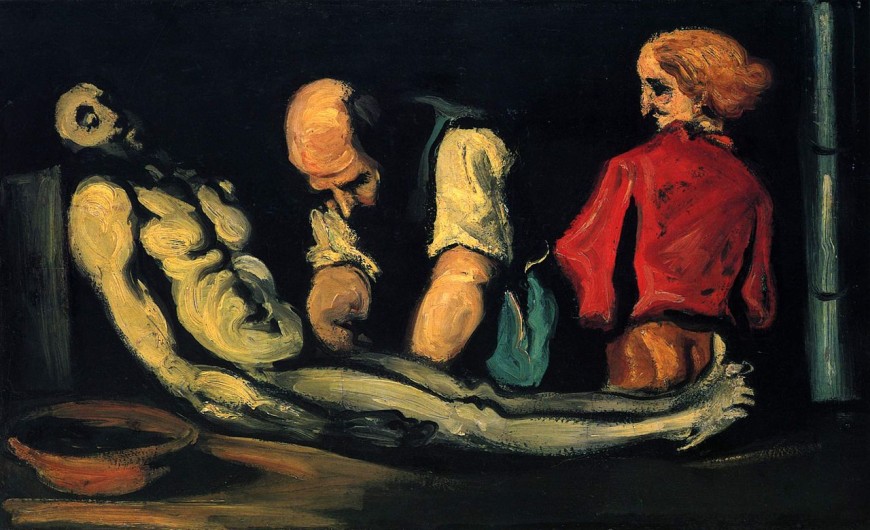 For sure, there are still some maritime journalists around who follow the old tenets of journalism. They take the time to gather information, cross-check the facts, interpret events and write news stories that help readers make sense of it all. But the maritime press that I knew is no more. It is deceased, decayed, done for — like the dead man in Paul Cézanne‘s 1869 painting ‘Preparation for the Funeral, or The Autopsy‘ (pictured above).

So what led to the demise of the maritime press, which had seen generations of intrepid, well-informed and enterprising reporters and editors? Marine Café Blog conducted an autopsy on the patient identified collectively as the Maritime Press. Excerpts from the post-mortem report:

The patient showed signs of muscle atrophy, or decrease in the mass of the muscles. Based on the patient’s history, atrophy was due to muscle disuse. Maritime reporters and editors were too lazy to exert physical effort to chase after stories, opting instead to copy and paste what had been published elsewhere. In some cases, news material from other sources was regurgitated, which explains why the patient had signs of malnutrition. The patient also exhibited vitiligo, or loss of skin colour, and dermatitis — both conditions traceable to sloppy writing and editing and sometimes to bad grammar.

The patient had glaucoma, and cataracts were found in both eyes. This explains why the patient, whilst still alive, was increasingly unable to distinguish between editorial space and advertising space. Puff pieces and advertorials presented as legitimate news articles became the trend. A brain tumour was found which was large enough to affect the brain’s functions related to cognition and language. The result: loss of editorial judgment, shoddy writing, and uniformity in the content and style of contemporary maritime journalism. The patient had also suffered from a myocardial infarction (MI) close to the time of death. A regular fatty diet of press releases is believed to have led to blockage of the left coronary artery.

Multiple organ dysfunction syndrome (MODS), also known as multiple organ failure. The onset of MODS was hastened by the Internet and the attendant culture of instantaneity, shallowness and disrespect for intellectual property rights.