A visual treat: Vintage posters with a maritime theme 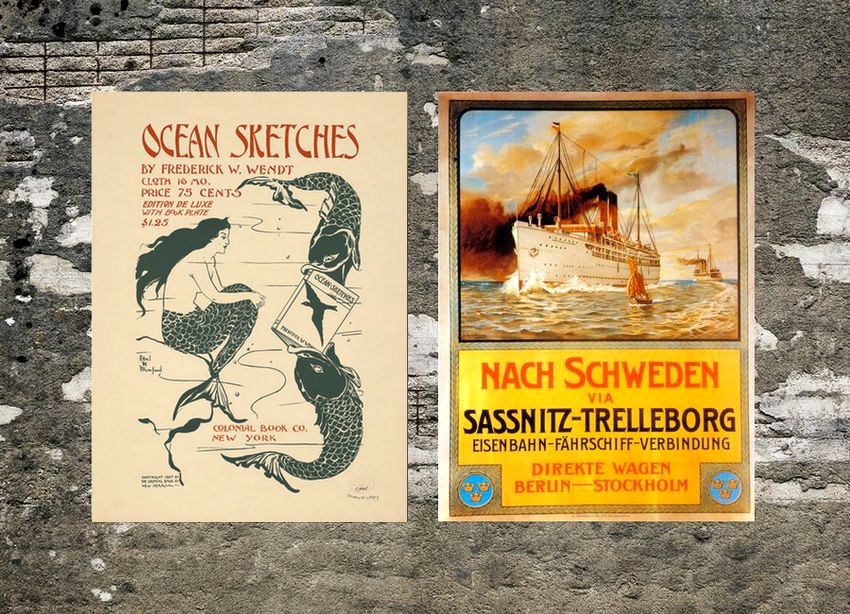 Poster artists tend to be second-class citizens in the world of art. This is not surprising. No matter how skillfully designed, posters are seen as mere marketing tools. They do not quite belong to the lofty sphere of “art” as people usually regard the term.

Yet, there are posters that are veritable works of art. The vintages ones are also historically significant is inasmuch as they serve as windows to a bygone epoch. For these reasons, they earn the status of collectable items. 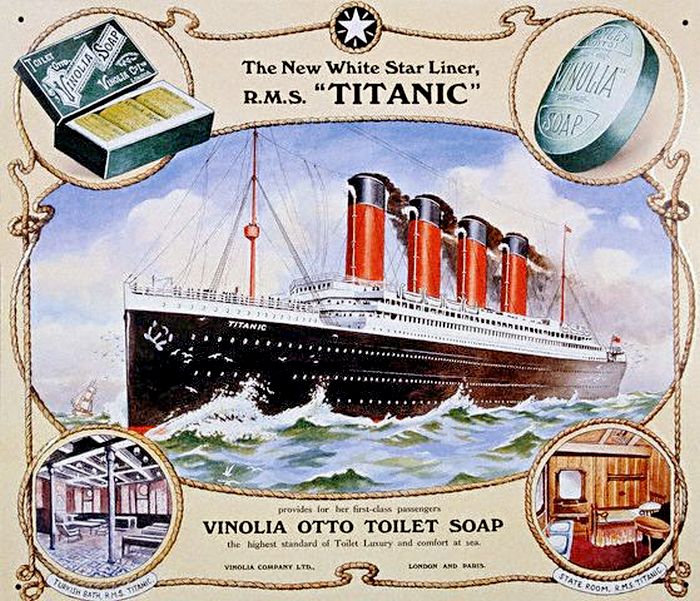 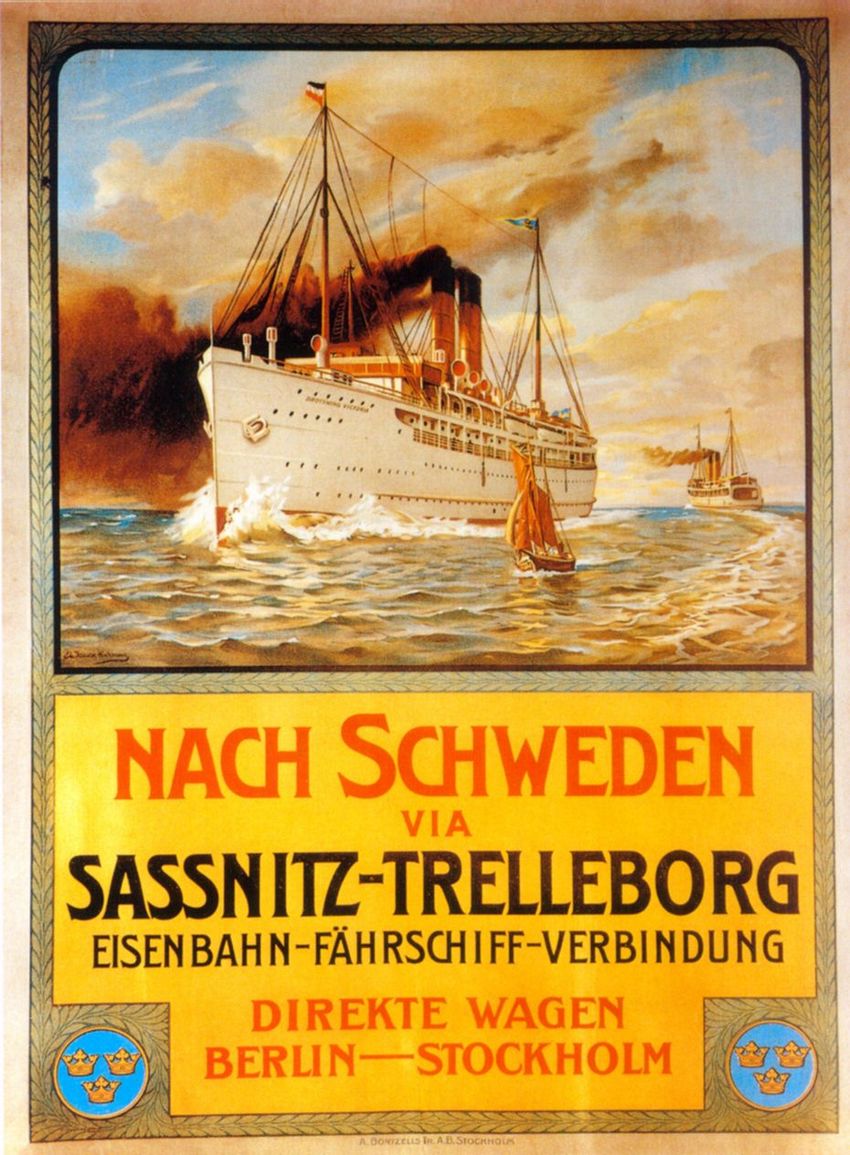 Long before the time of television and the internet, shipping lines relied heavily on posters to advertise their services. The two posters pictured above are characteristic of the style used by poster artists before the modern age of advertising.

The first poster showing the RMS Titanic was produced before the “unsinkable” ship started her ill-fated maiden voyage on 10th April 1912. The makers of Vinolia Otto Toilet Soap obviously wanted to ride on the media frenzy surrounding the Titanic. The message: passengers on the great luxury liner deserve no less than a luxury soap.

The second poster of the Trelleborg–Sassnitz train/car ferry line is no less historically significant. The service commenced in 1909 and continued until 2020. This poster features a painting by the German marine artist Eduard Krause-Wichmann (1864–1927), which makes it rather eye-catching. 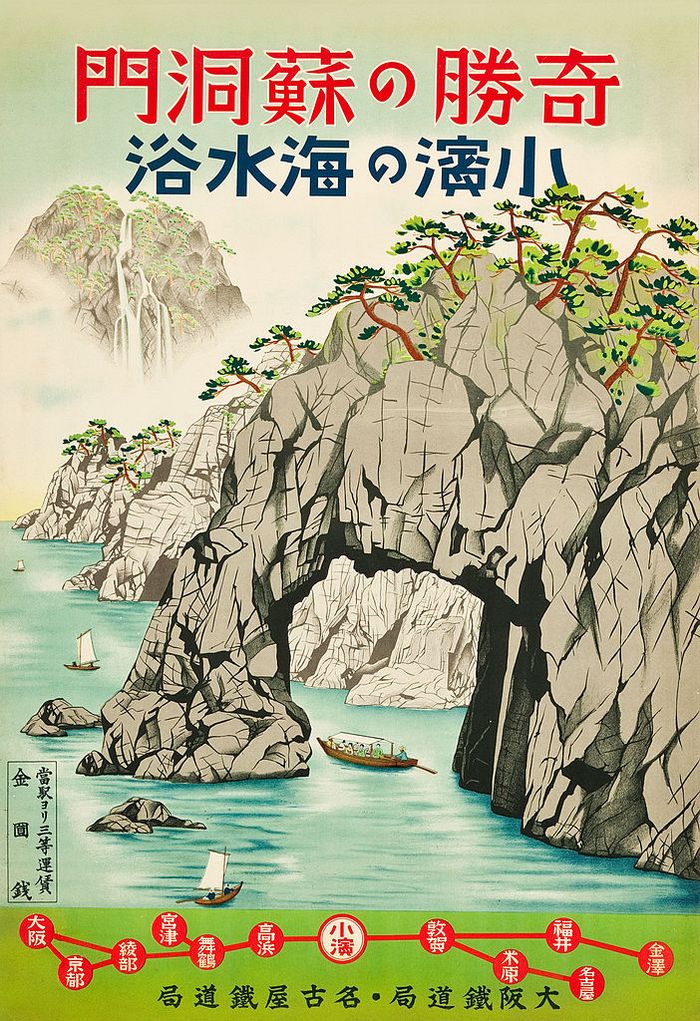 This beautiful poster beckons. It calls to mind the traditional woodblock prints by Japanese masters, albeit with the colours and lines enhanced to appeal to tourists. 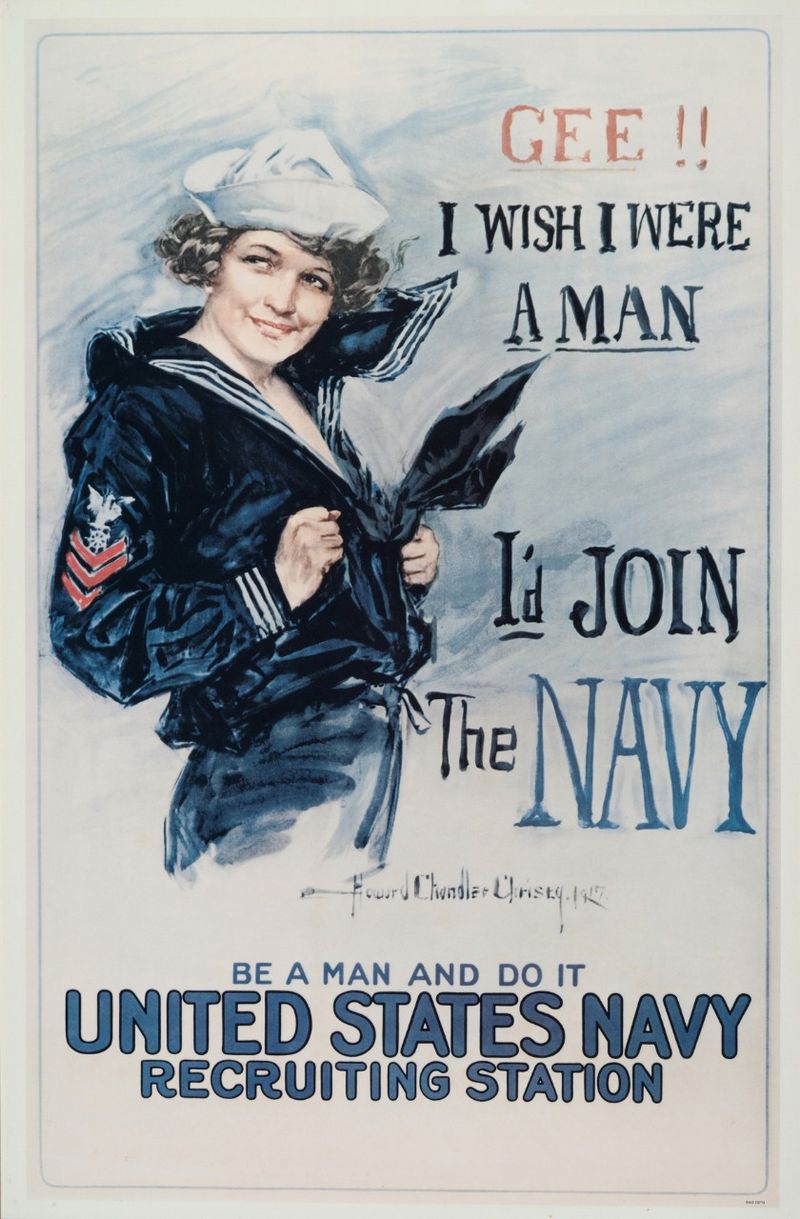 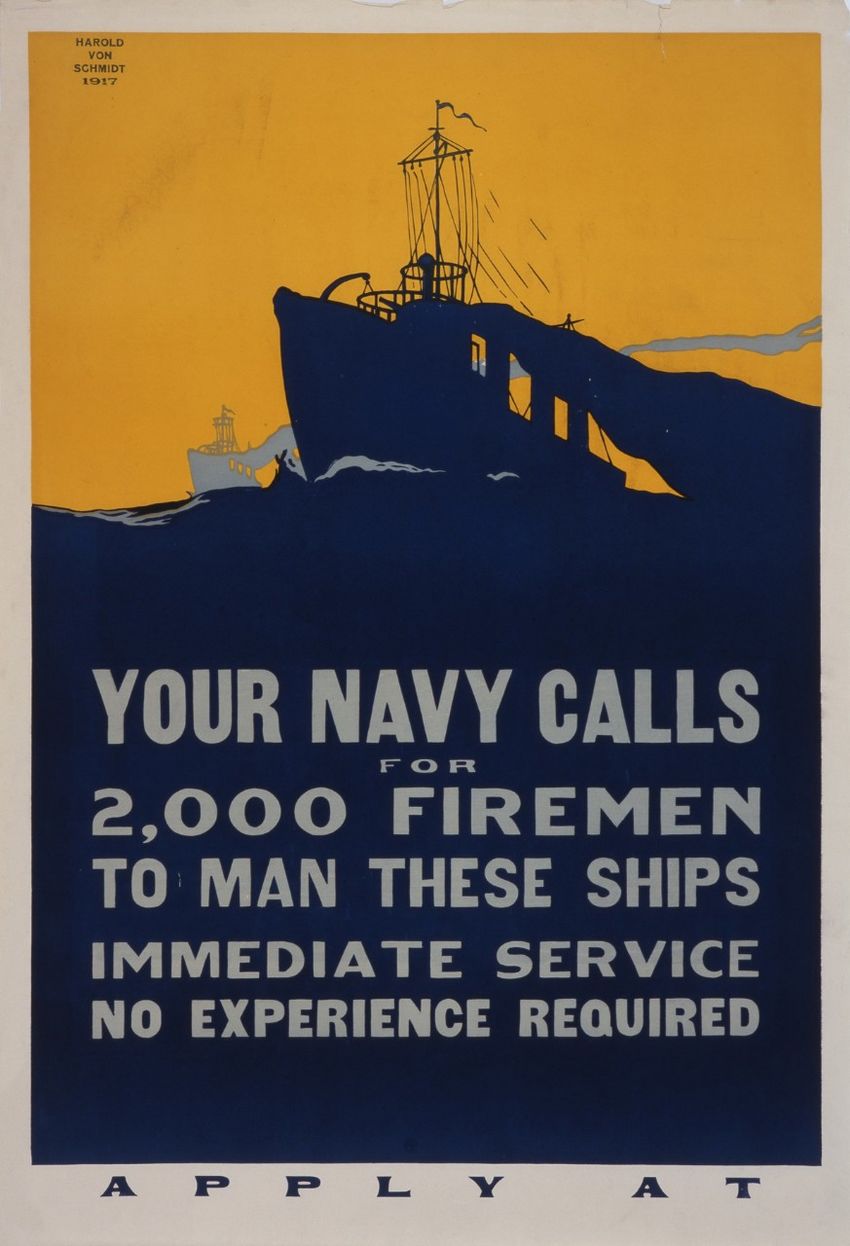 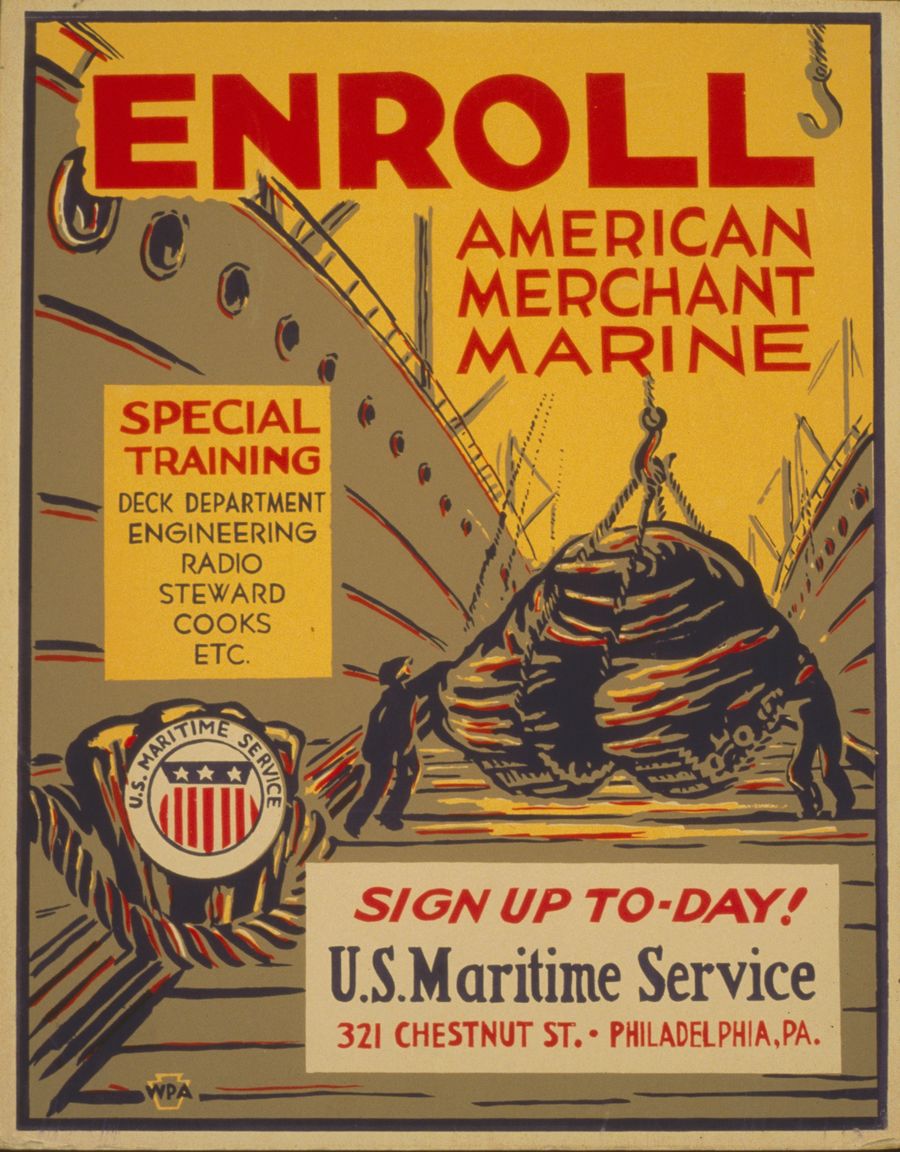 The first and second World Wars witnessed a flood of recruitment posters which encouraged American civilians to join in the war effort. Many responded to the call. During WWII, 243,000 served in the Merchant Marine with 9,521 ending up being killed — for a casualty rate that is higher any of the branches of the military [Bridgevillehistory.org, citing official figures]. The sacrifices made by the merchant sailors have not been appreciated enough, however. This makes the above posters even more precious. 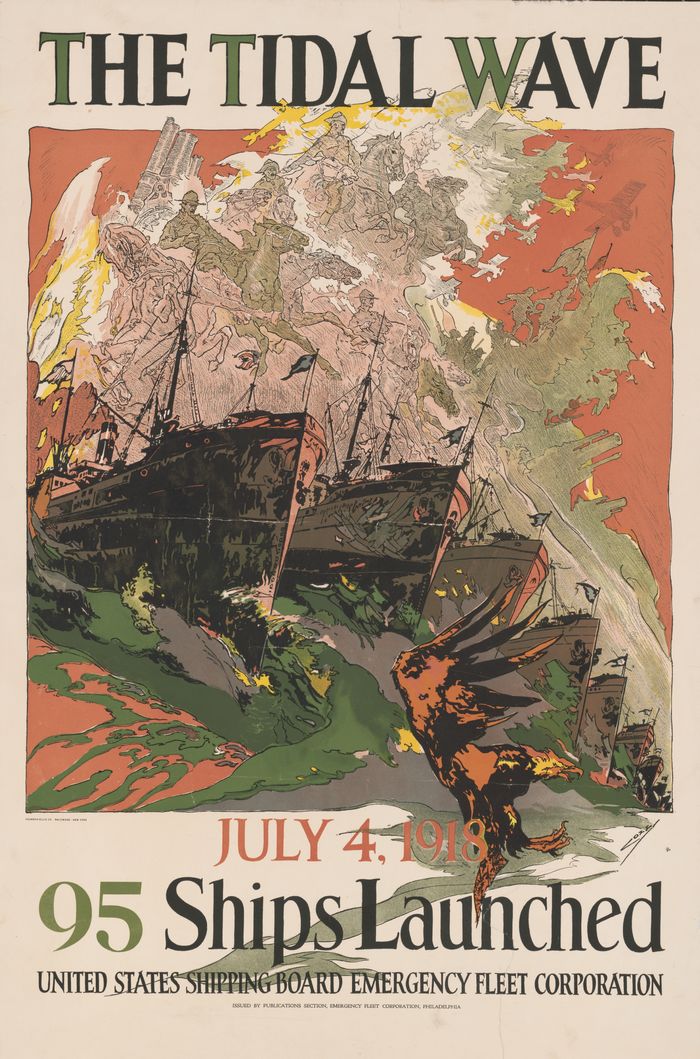 1918 poster showing the number of American-built ships launched by the Emergency Fleet Corporation
Courtesy of the Library of Congress, USA

This WWI poster from the Emergency Fleet Corporation is a nostalgic reminder that the United States used to be a leading shipbuilding nation. It was made in time for the 4th of July celebration of 1918, which shows the degree of patriotic pride Americans took in their shipbuilding industry. At the same time, the poster is a subtle reminder of how war, despite its horrors, can be beneficial to certain industries. 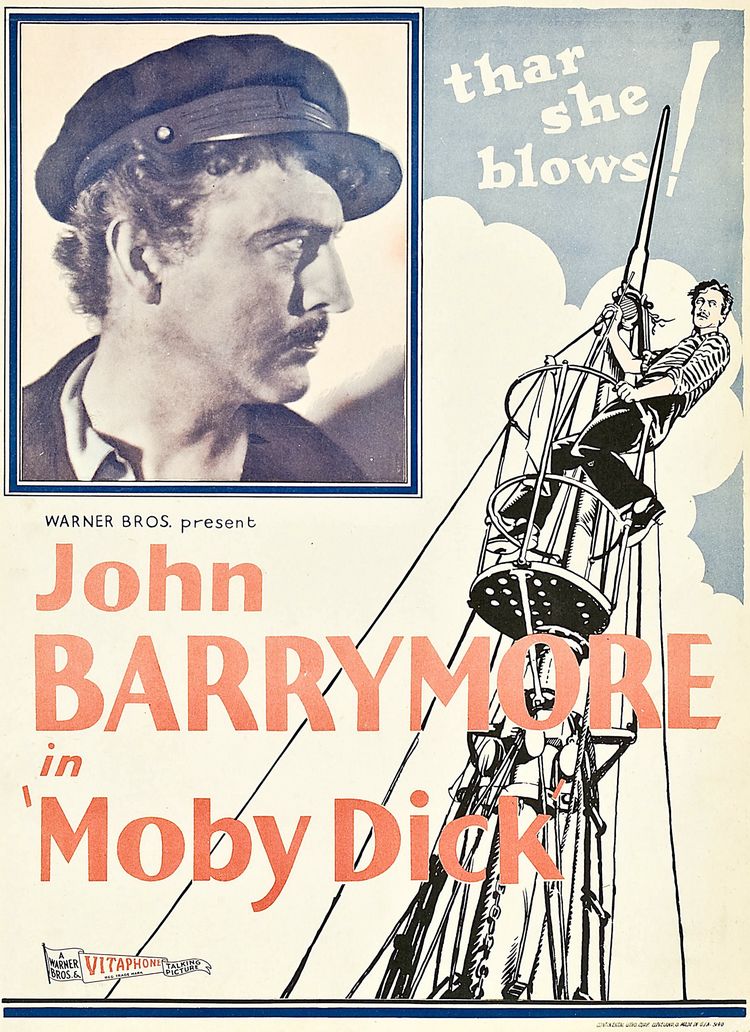 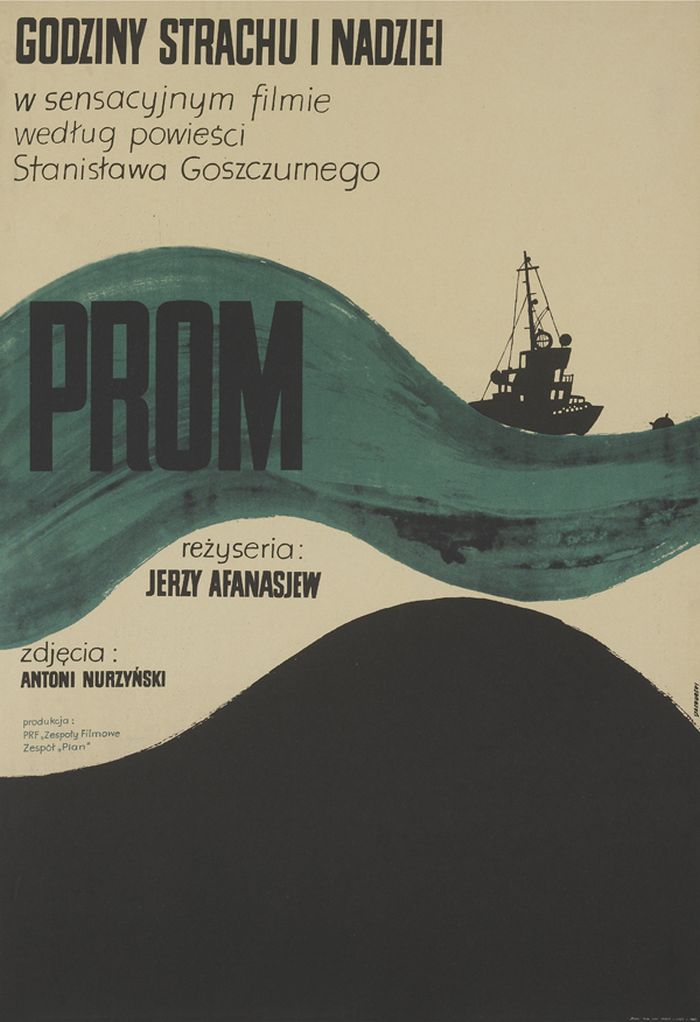 Posters from present-day film studios are so well done that they grab the viewer’s attention. But the film posters of earlier times were special in that, instead of photographs, they used artworks created by hand — drawings, lithographs or paintings. This gave them a certain flavour. Looking at them today evokes a sense of nostalgia. 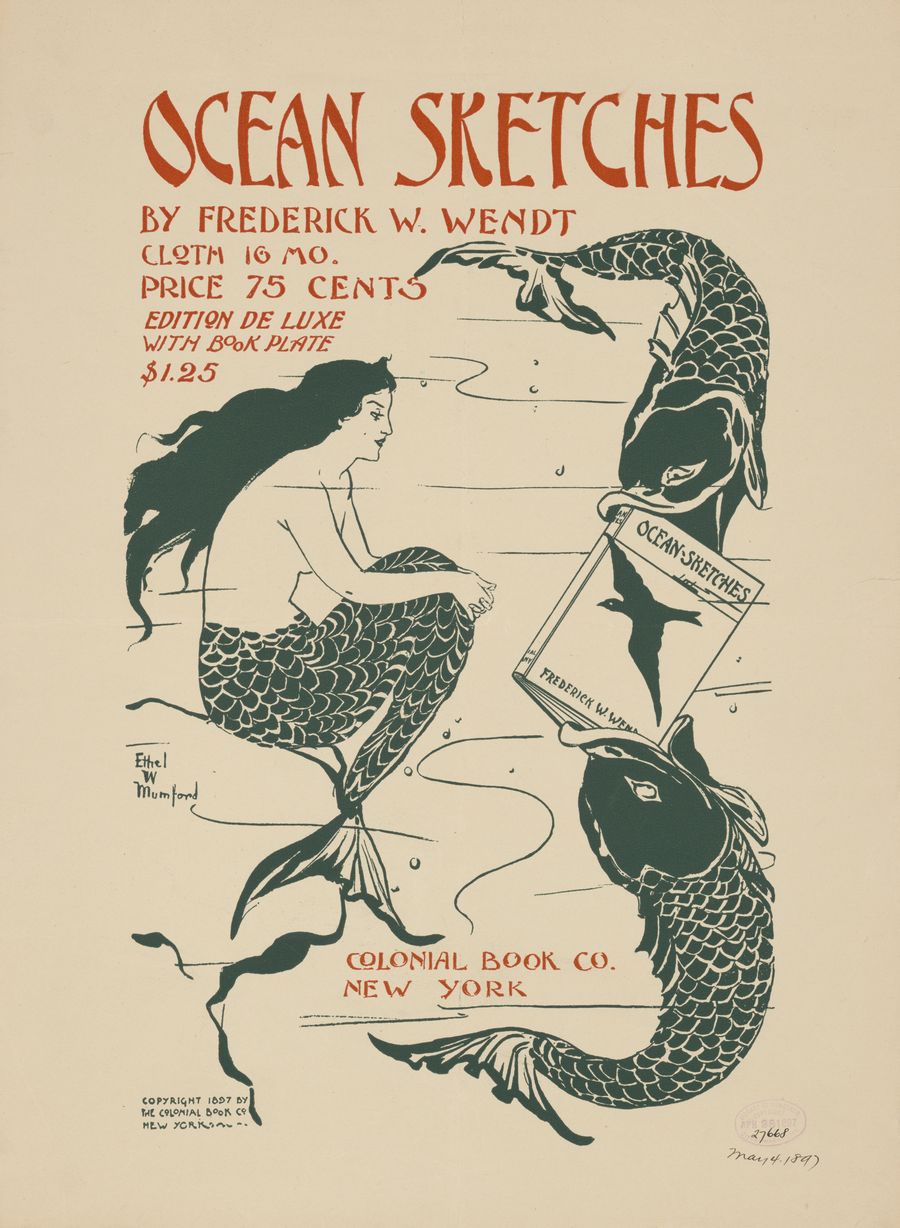 Interesting and playful would be a fit description for this poster. It was designed to promote a new book of sketches. Poster art promoting another form of art — what a wonderful meeting of two allied worlds.