At the docks with French Impressionist master Claude Monet

In these five oil paintings, French Impressionist artist Claude Monet takes you to the docks — where ships and barges congregate and sweaty stevedores load and unload cargoes. It is an interesting place filled with a sort of piquant energy that can leave a lasting impression.

I have appended a poem written by the Canadian novelist and poet, Isabel Ecclestone Mackay. With a rich tapestry of images, Mackay paints her own impressions of the dock. It is a poem that should delight you. 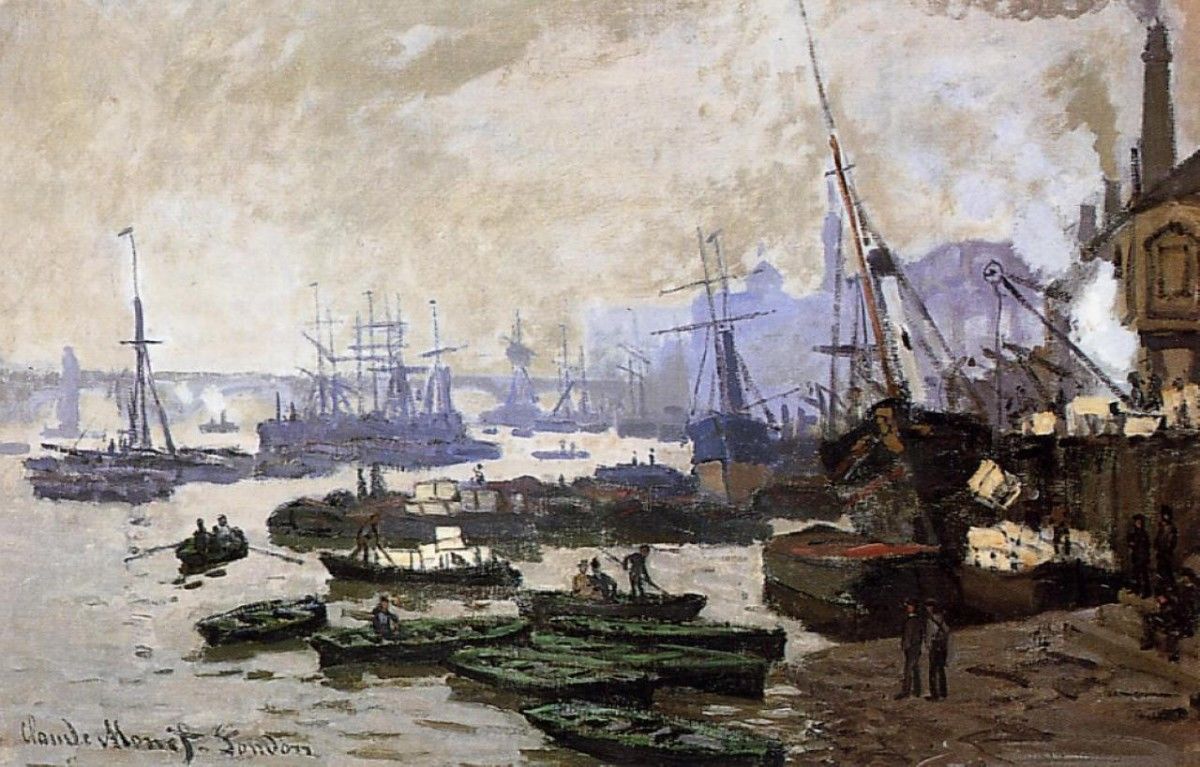 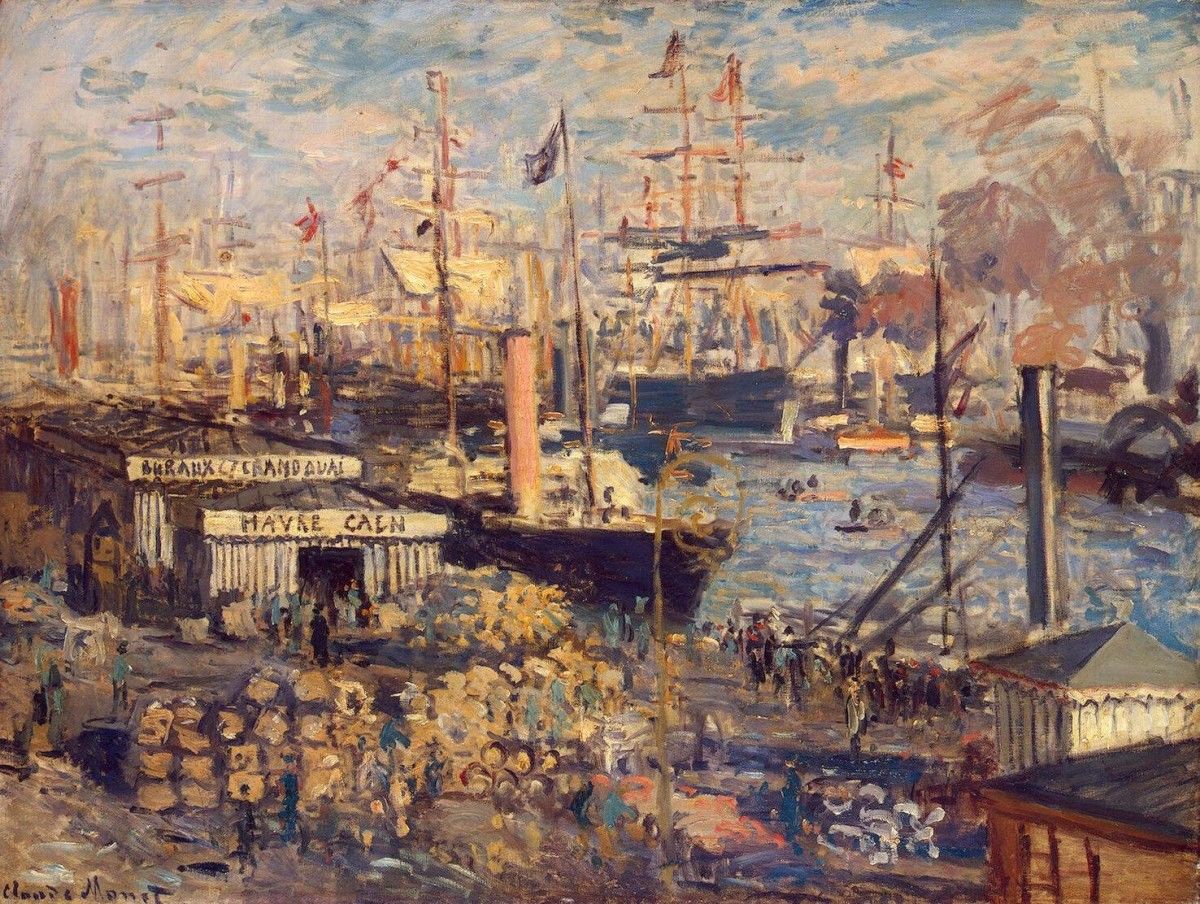 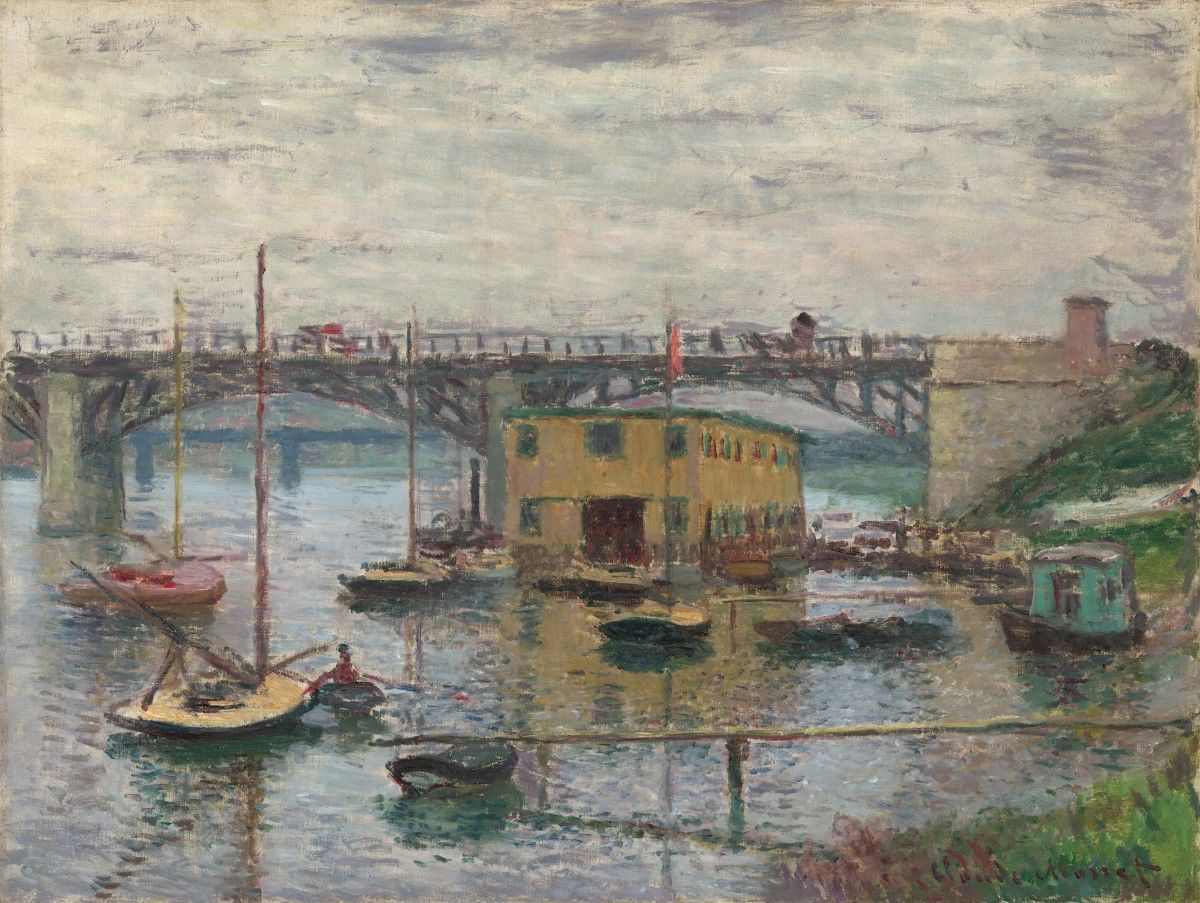 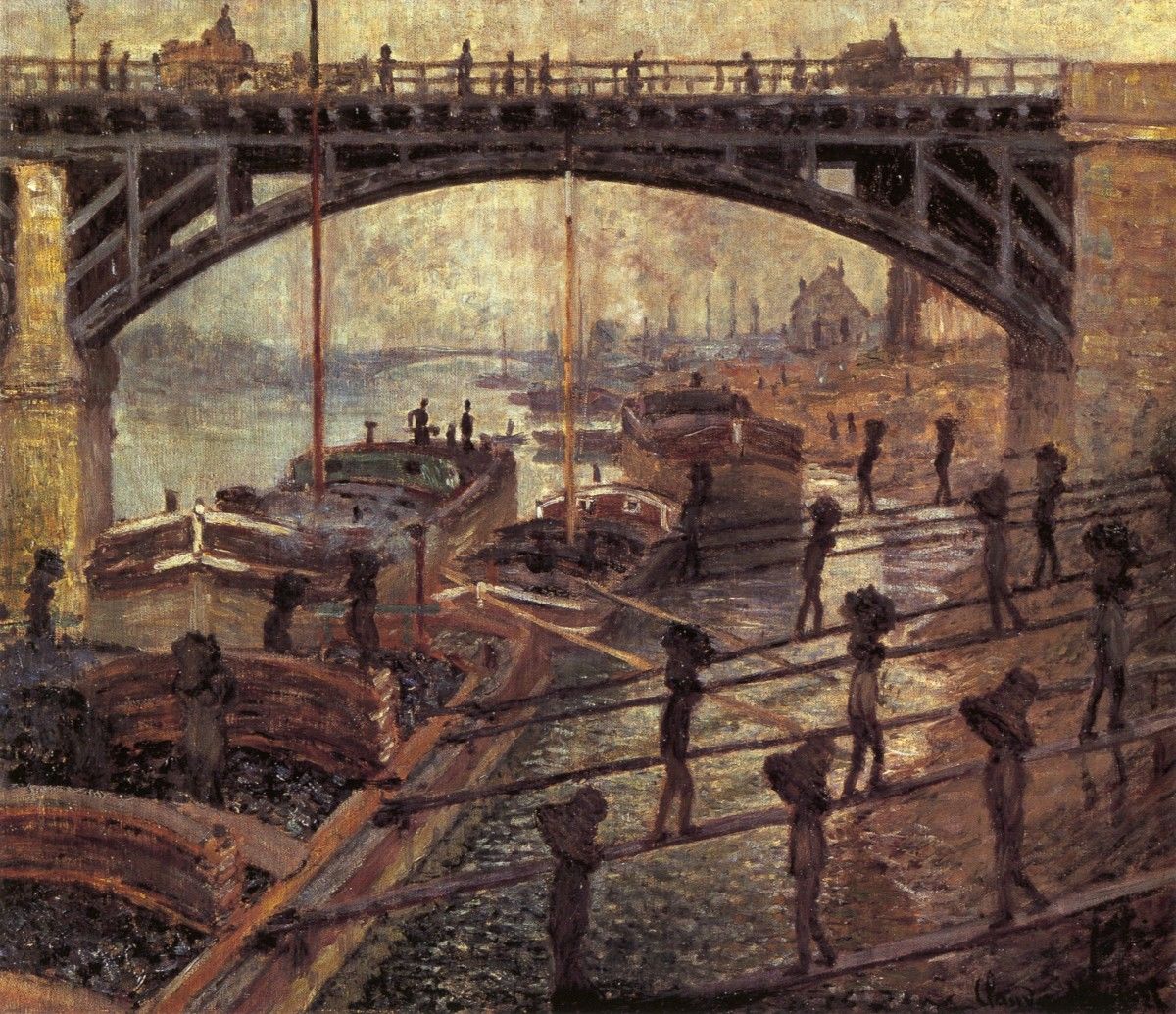 Men unloading coal on the quays of the Seine River near the railway bridge of Asnières, 1875
Claude Monet (French, 1840–1926)
Courtesy of Wikimedia Commons. 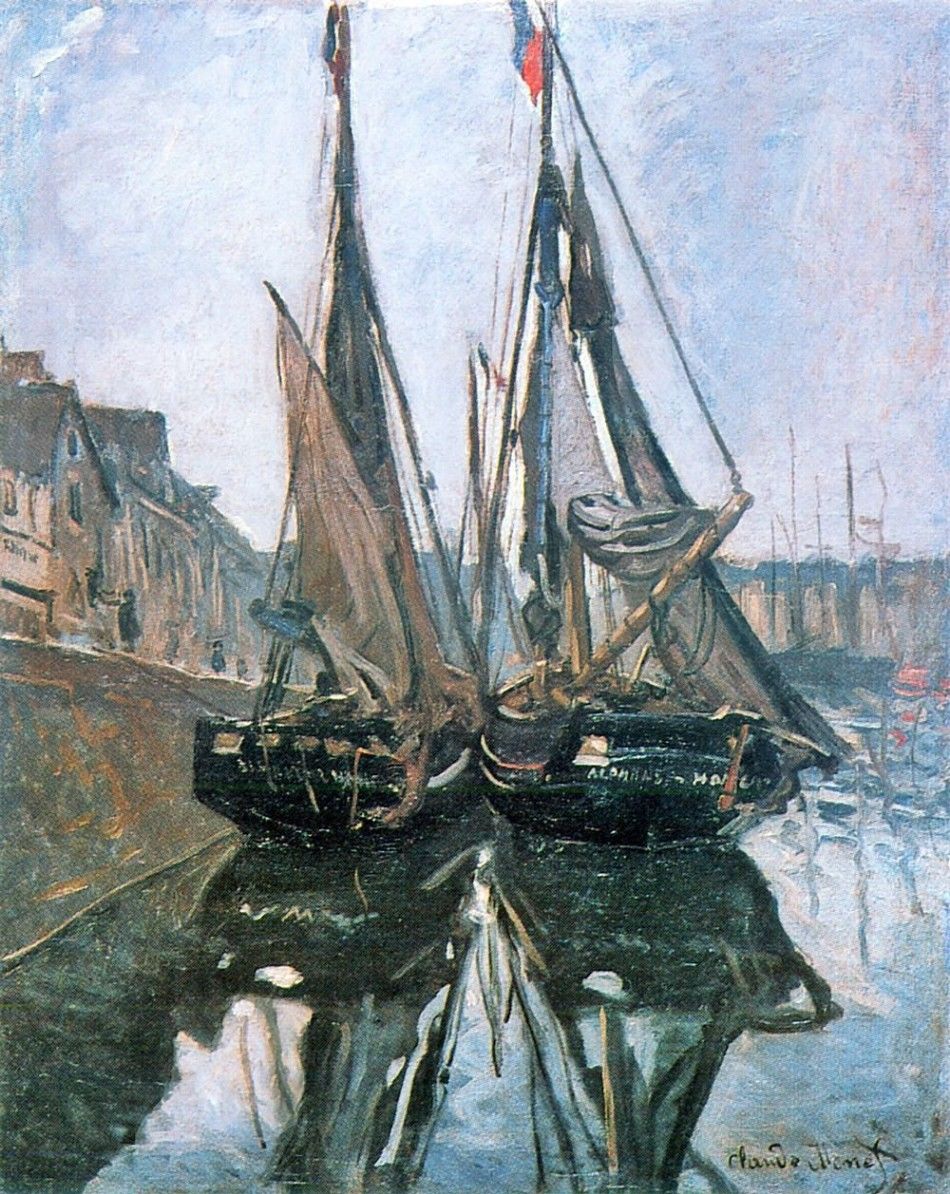 Down at the Docks

Down at the docks—when the smoke clouds lie,
Wind-ript and red, on an angry sky—
Coal-dumps and derricks and piled-up bales,
Tar and the gear of forgotten sails,
Rusted chains and a broken spar
(Yesterday’s breath on the things that are)
A lone, black cat and a snappy cur,
Smell of high-tide and of newcut fir,
Smell of low-tide, fish, weed!—I swear
I love every blessed smell that’s there—
For, aeons ago when the sea began,
My soul was the soul of a sailorman.

Down at the docks—where the ships come in,
And the endless trails of the sea begin,
Where the shining wake of a steamer’s track
Is barred by the tow of the tugboats black,
Where slim yachts dip to the singing spray
And a gay wind whistles the world away—
Here sad ships lie which will sail no more,
But new ships build on the noisy shore,
And always the breath of the wind and tide
Whispers the lure of the sea outside,
Till now and to-morrow and yesterday
Are linked by the spell of the faraway!

Down at the docks—when the morning’s new
And the air is gold and the distance blue,
There’s a pull at the heart! But best of all
Is to see the sun shrink, red and small,
While the fog steals in (more surely fleet
Than the smacks that run from her white-shod feet)
And clamours of startled calls arise
From bewildered ships that have lost their eyes;
The fog horn bellows its deep-mouthed shout,
The little lights on the shore blur out
And strange, dim shapes pass wistfully
With a secret tide to a secret sea.