Battle of Manila Bay in art, none by a Filipino artist 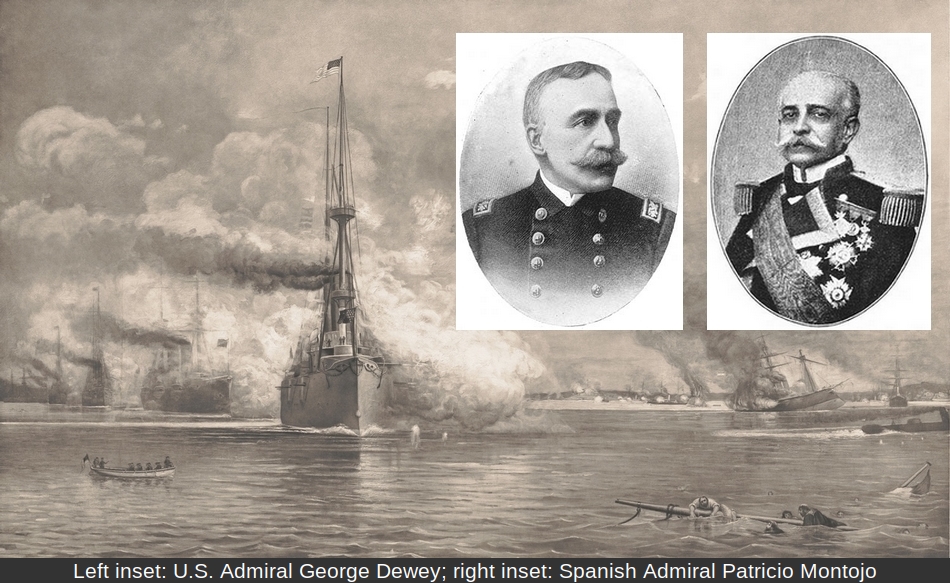 I have just spent several days searching online for artworks that depict the 1898 Battle of Manila Bay (also known as the Battle of Cavite). My search yielded a good number of interesting pieces. However, I found none that was created by a Filipino artist. This comes as no surprise. Although Filipinos pride themselves in being a “maritime” nation, the country has a paucity of marine art. Indeed, it lacks a tradition of such art — the kind of tradition that one finds in England, the United States, the Netherlands, Spain and other traditional maritime countries.

Still, it is dismaying to know that such a pivotal event in Philippine history has apparently been ignored by local artists. The Battle of Manila Bay signalled the end of four centuries of Spanish colonial rule in the country and the beginning of neary 50 years of American rule. That the battle was really a sham should not detract from its historical importance (see ‘The mock battle that ended the Spanish-American War’ ).

Here are seven works which depict the Battle of Manila Bay. The last one is by a Japanese artist, which should not surprise anyone as the Japanese, unlike the Filipinos, have a rich heritage of marine art. 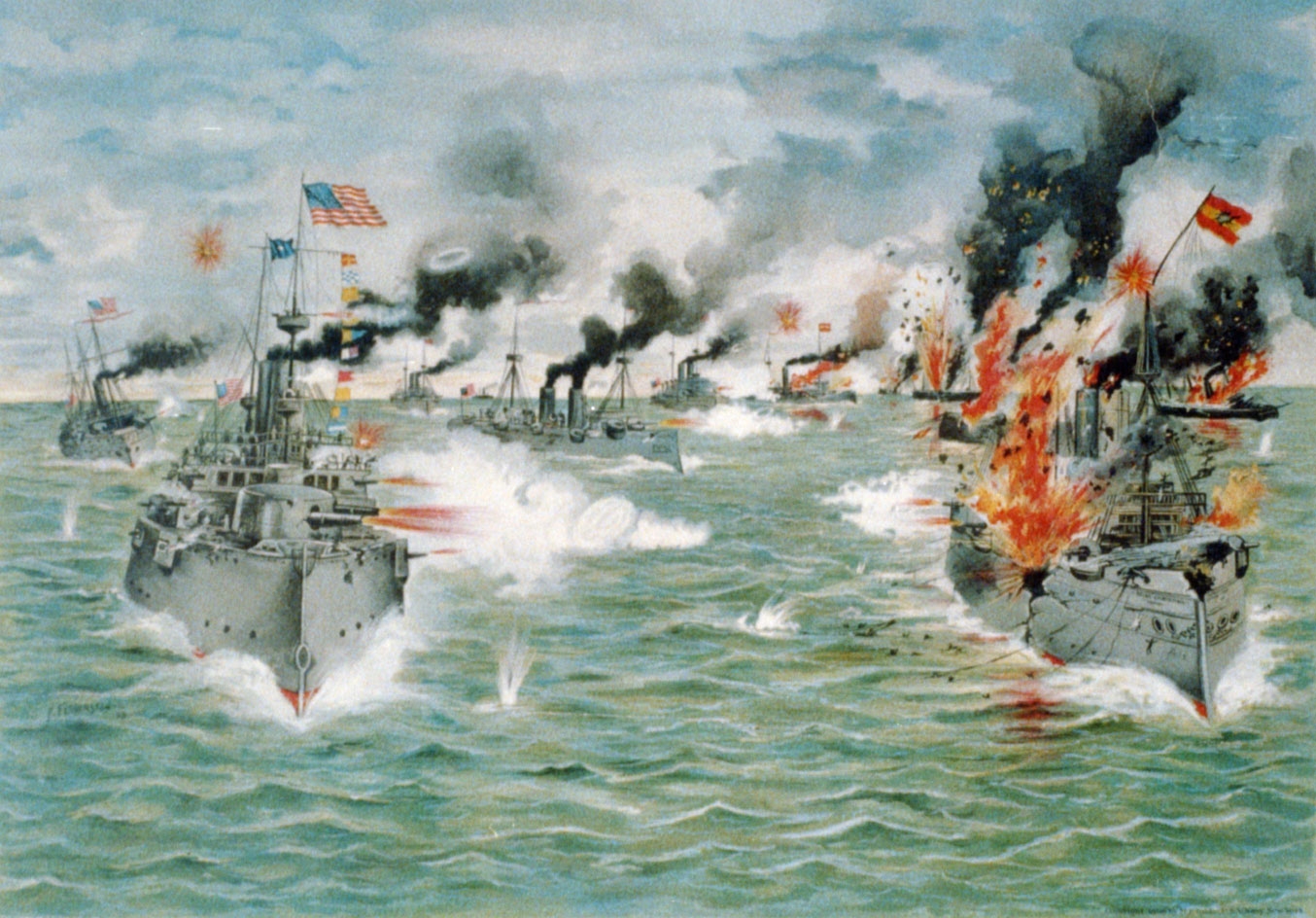 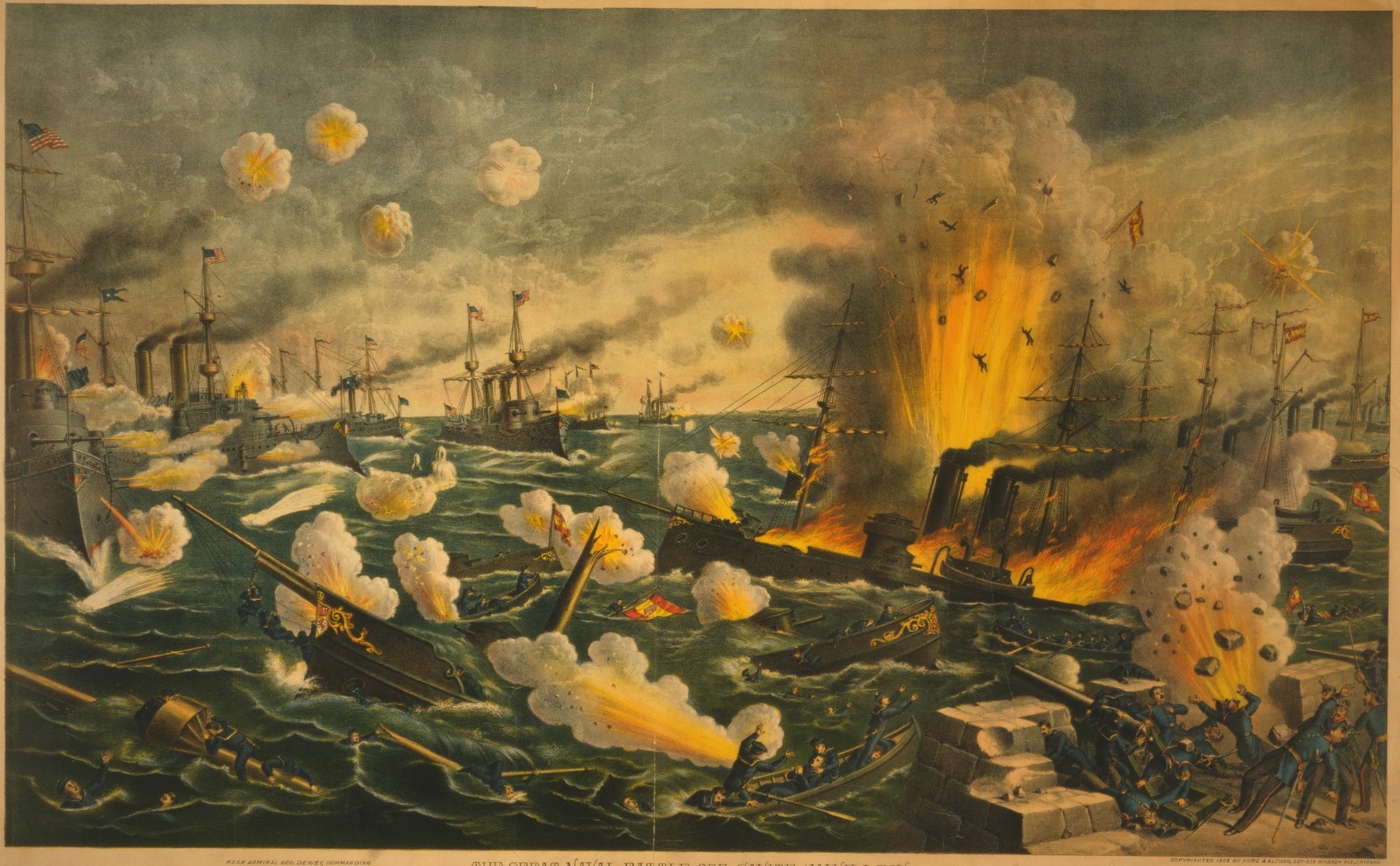 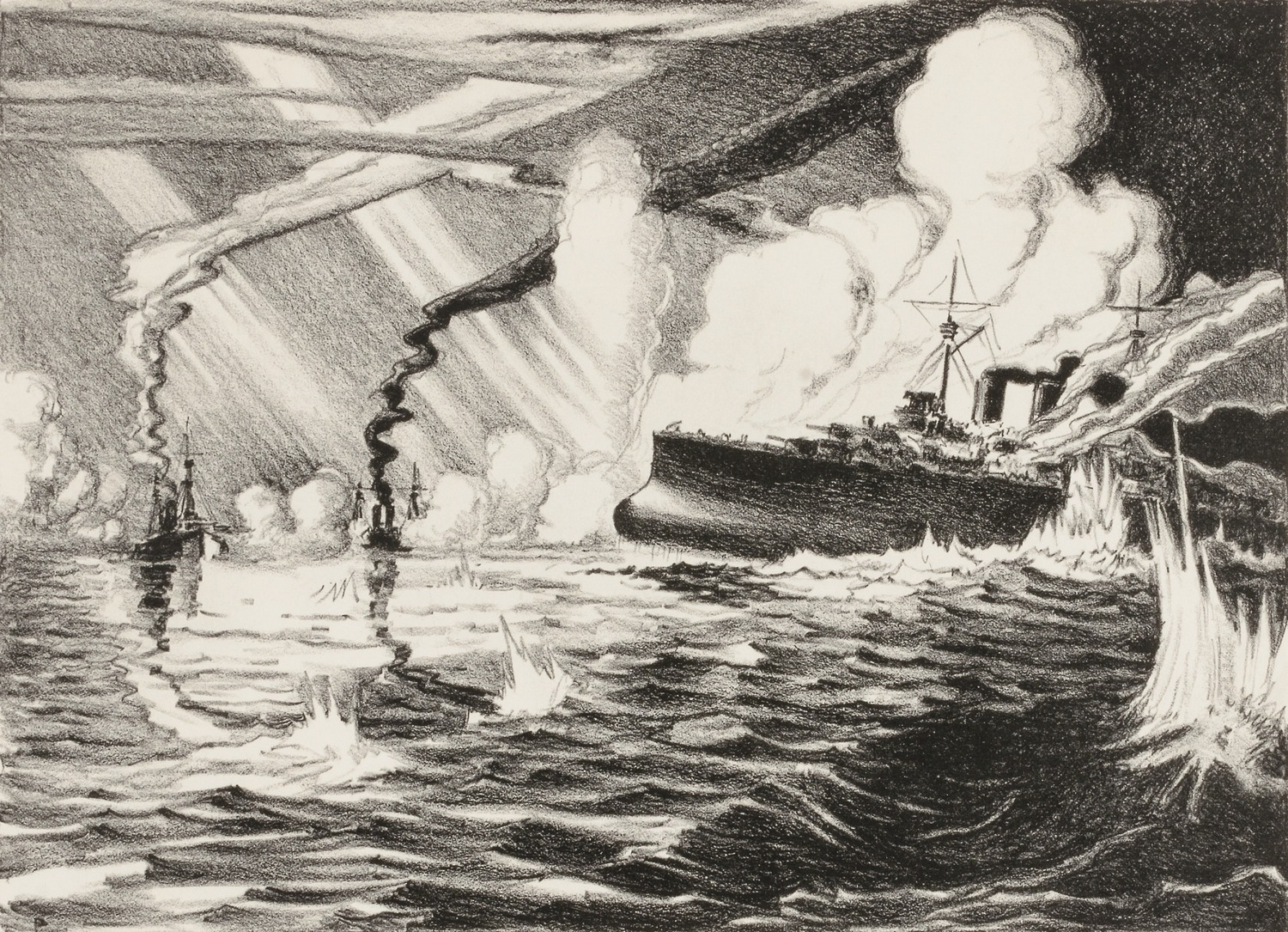 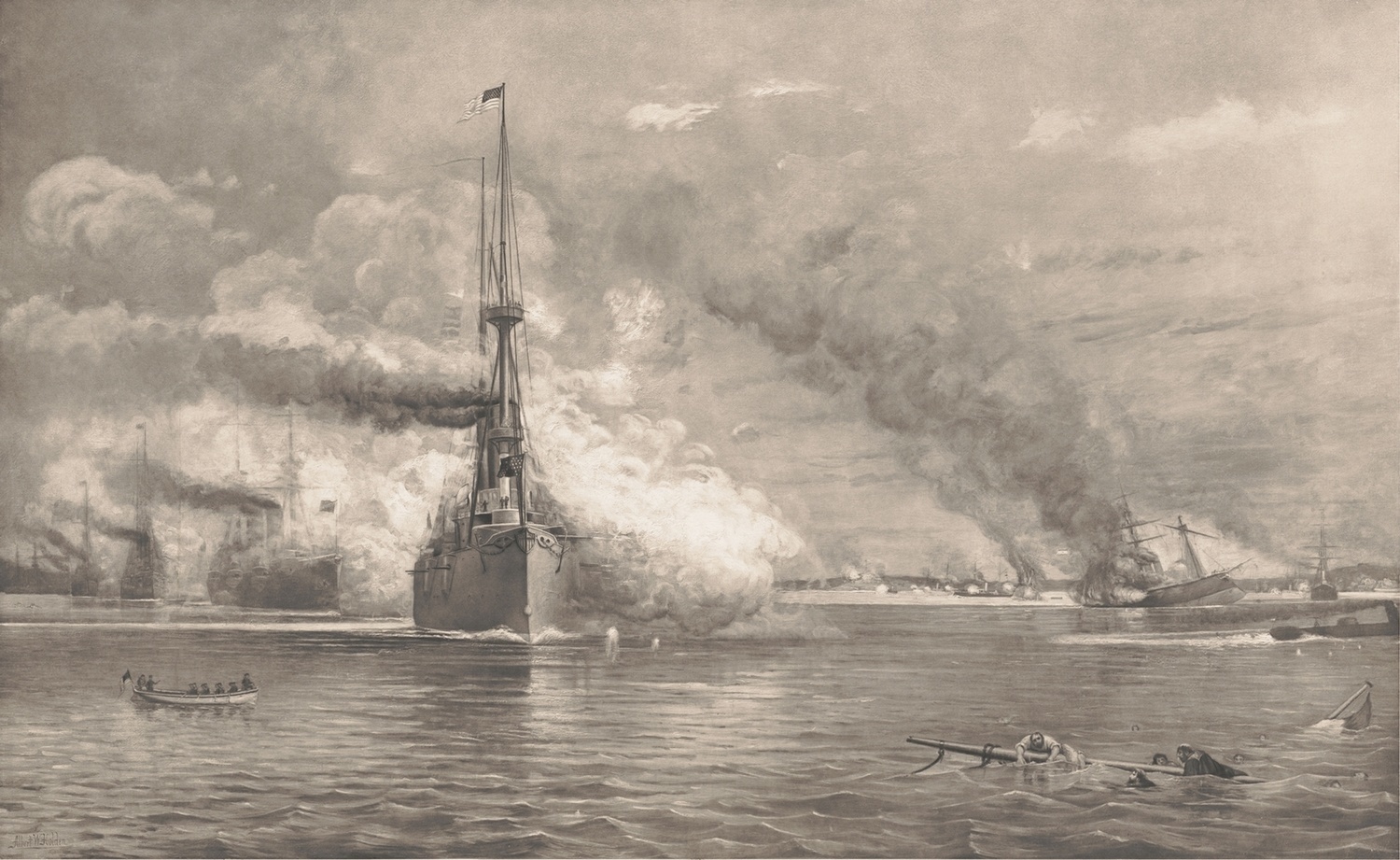 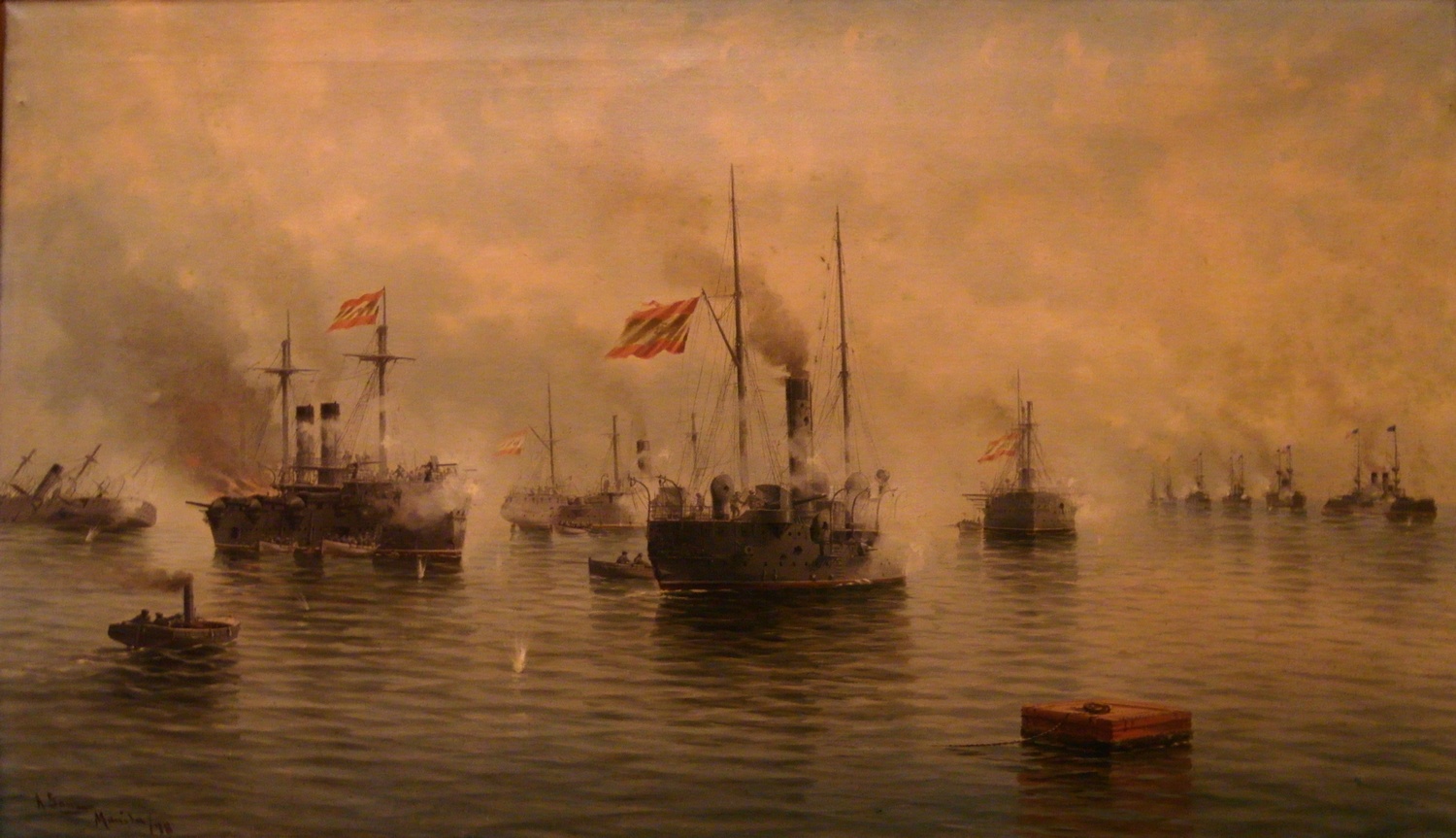 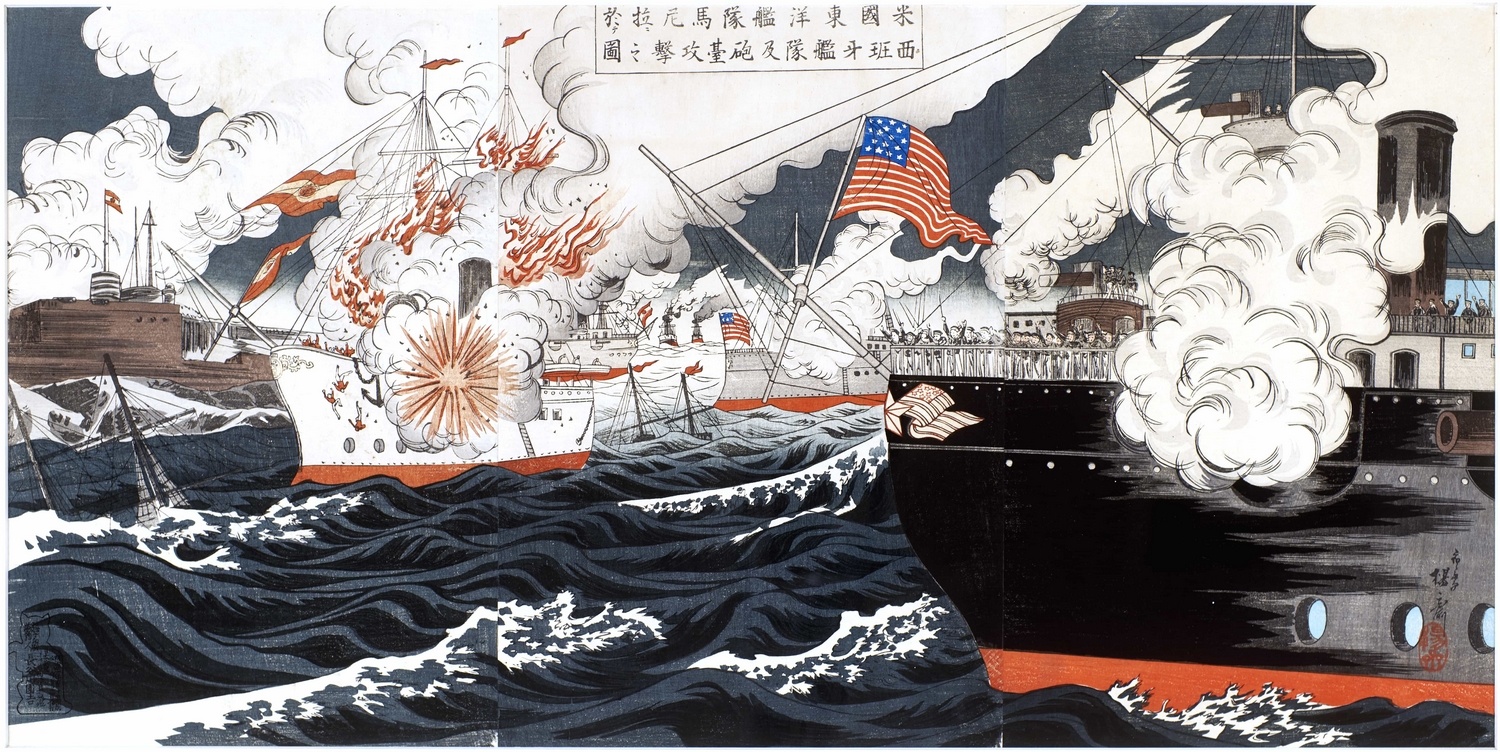 You may also like this article: Battles at sea: 12 artworks that pack a punch