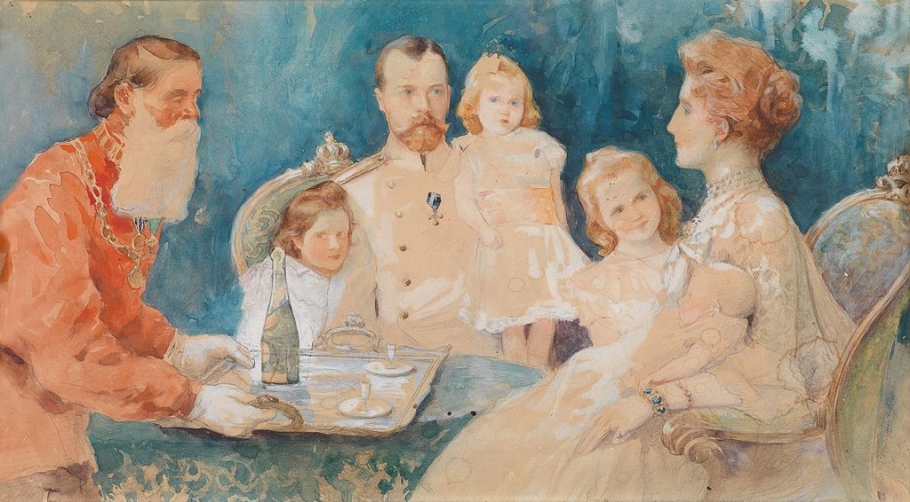 Manning agents in Manila may not be living in palaces. But they have servants at their beck and call just like Tsar Nicholas II and his family (pictured above in a 1902 watercolour drawing by Russian artist Elena Samokysh-Sudkovskaya). And the servants are all young, too — maritime cadets who work as unpaid flunkeys (aka “utility”) and domestic servants in the offices and homes of the agents. What makes them endure months of servitude is the thought that they would one day get to sail as apprentice officers.

In the Marine Café Blog archives: 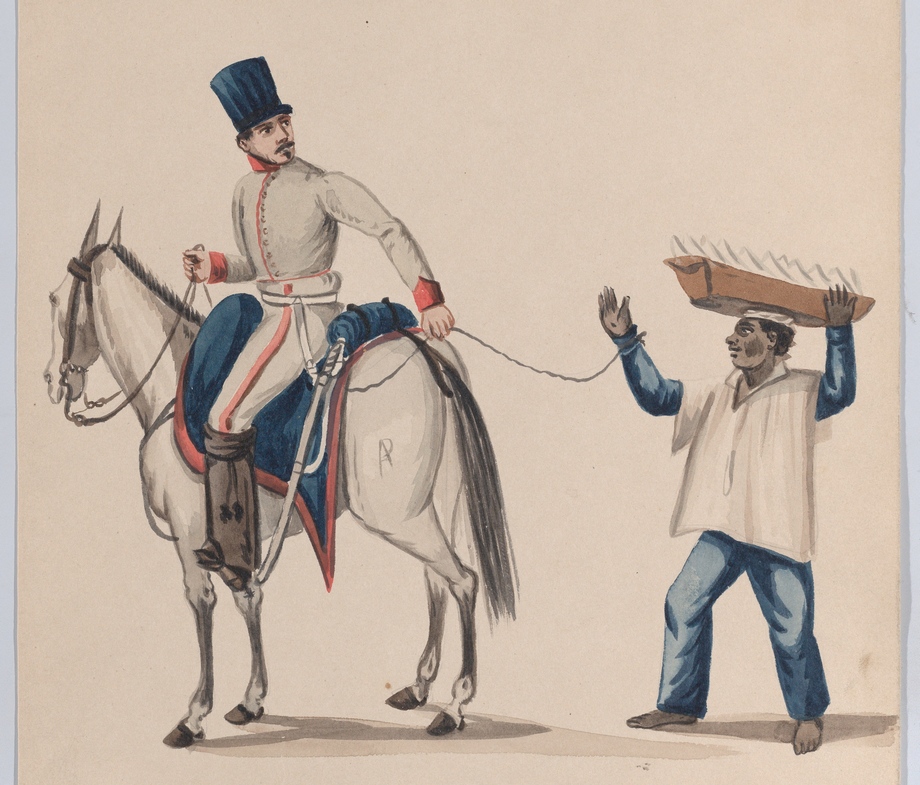 The maritime flunkey system is so egregious that I devoted one chapter in my e-book, Close Encounters in Maritime Manila, to the subject. I pointed out that the use of cadets as unpaid labour comes back to the need of manning agents to exercise control. It is a feudal mindset which the following excerpt from the book illustrates:

The managers sat quietly like cadets dining in a mess hall in the presence of the naval academy superintendent. They ate their food without saying a word as Captain T. and I carried on with our conversation. I had never seen such deference in crewing managers in my life.

After a fortnight or so, I happened to be in a mall a walking distance from Captain T.’s office and decided to swing by to see him. We only talked for a few minutes as he had to leave for an outside appointment. It was almost twelve noon, so I said I would likewise go. But Captain T. insisted that I stay for lunch and instructed his crewing managers to take care of me.

It was the same arrangement as before, the cadets waiting on us like dutiful attendants in a sultan’s palace. The only difference was that the managers were more relaxed this time in the absence of their boss. They also talked a great deal.

One of them turned to a cadet, raised his right hand and then curtly pointed down to his empty glass with his stubby index finger. The lad understood the gesture and promptly filled the manager’s glass with iced water.

The manager did not say “please” or call the cadet by his name. He could have at least addressed him as hijo, a Spanish term meaning “son” which some elderly Filipinos still use today when speaking to a young male. But why bother with tradition and the niceties of etiquette when you are dealing with automatons?

Sadly, most people in the local manning community do not see anything wrong with this form of exploitation. Neither the local unions nor the foreign shipowners who sponsor many of the cadet-servants have condemned the practice. This is all so surreal, but it’s part of life in maritime Manila.