Death on the water: Four frightening works of art 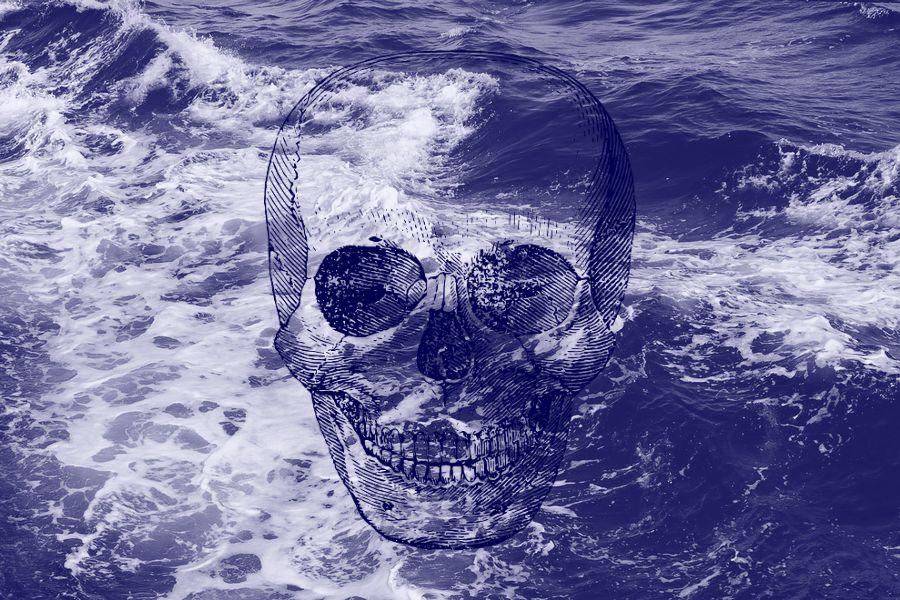 Most people fear death. Yet, they are, at the same time, fascinated by the subject. The following are four of the most captivating — albeit frightening — works of art that depict death on the water.

“He feels himself buried in those two infinities, the ocean and the sky, at one and the same time: the one is a tomb; the other is a shroud.” 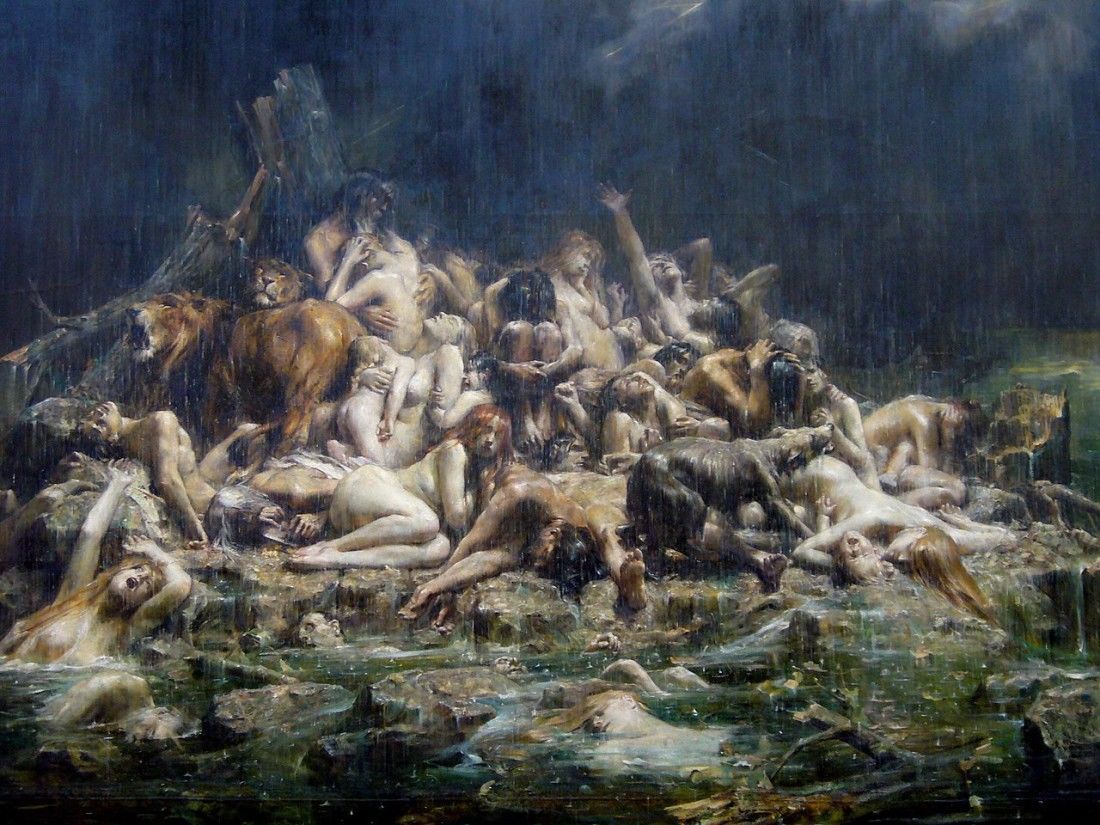 The Biblical story of Noah and the great flood (Genesis 5-9) inspired this dramatic painting by Léon Comerre. The image of death and destruction does not belong only to the holy scripture. It is all too familiar to everyone who has witnessed tsunamis and floods in real life or through the news media. 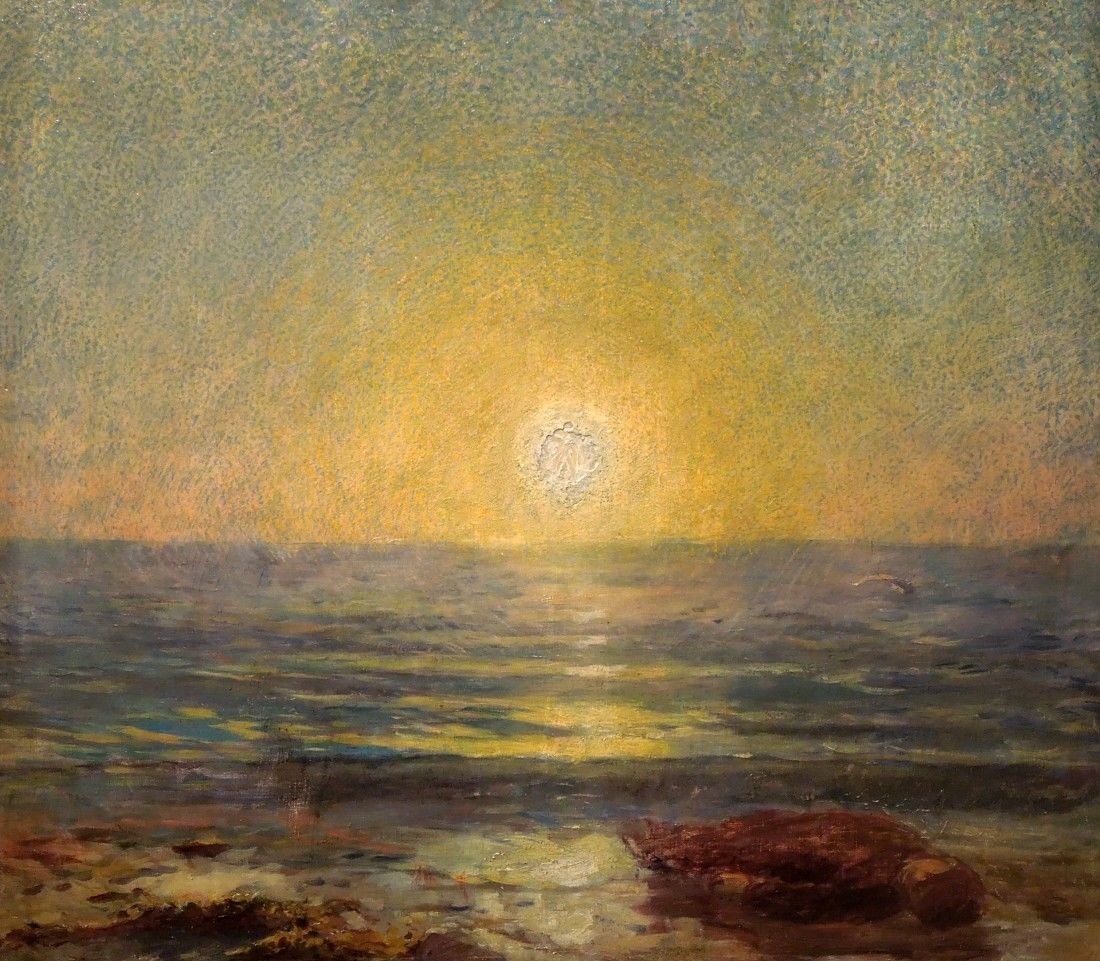 De Laveaux’s seascape is an interesting study in contrasts. The sun is rising, evoking a feeling of hope and joy in a new beginning. On the shore lies a body (bottom right side of the canvas) that is as motionless as driftwood. For the religious viewer, the painting may well represent the idea of redemption and of life after death. 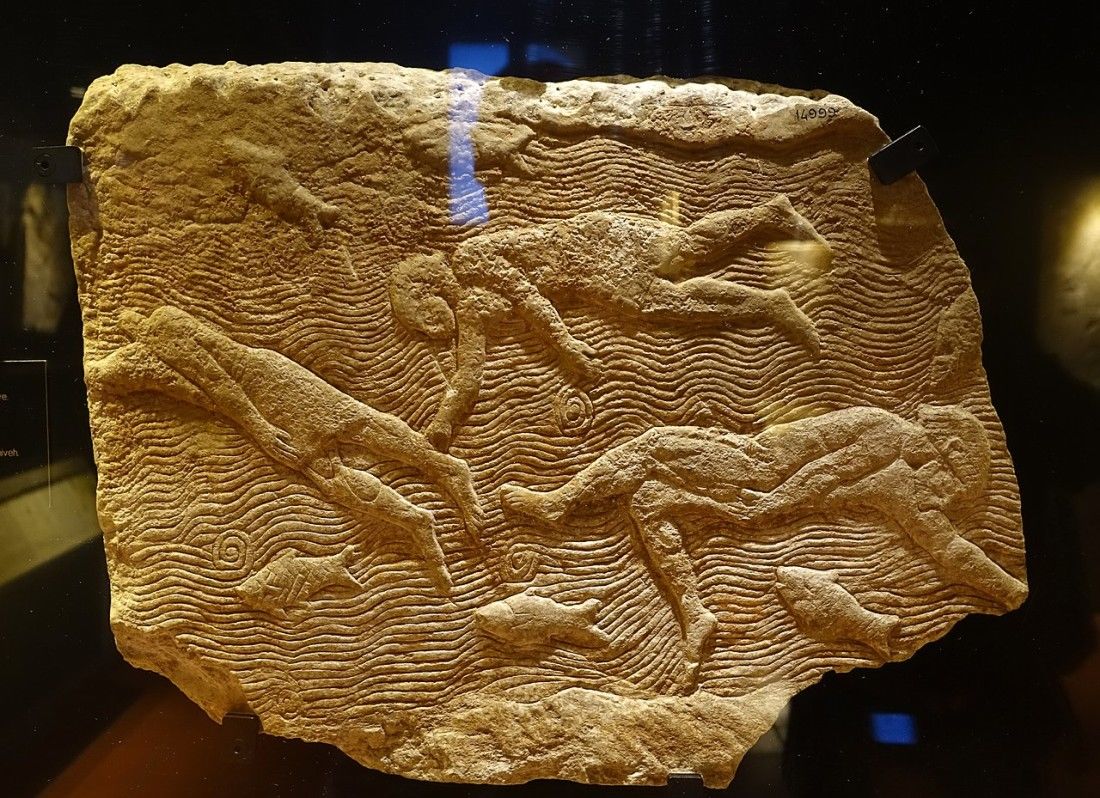 Corpses floating on a river, from the North Palace of Ashurbanipal at Niniveh, Neo-Assyrian Period, late in the reign of Ashurbanipal, 648-631 BC – Museo Gregoriano Egizio – Vatican Museums
Courtesy of Wikimedia Commons

This ancient artefact is a wonderful piece of art. As they float in the water, the three corpses look as graceful as the fish swimming around them. It’s a water ballet of the dead and the living. 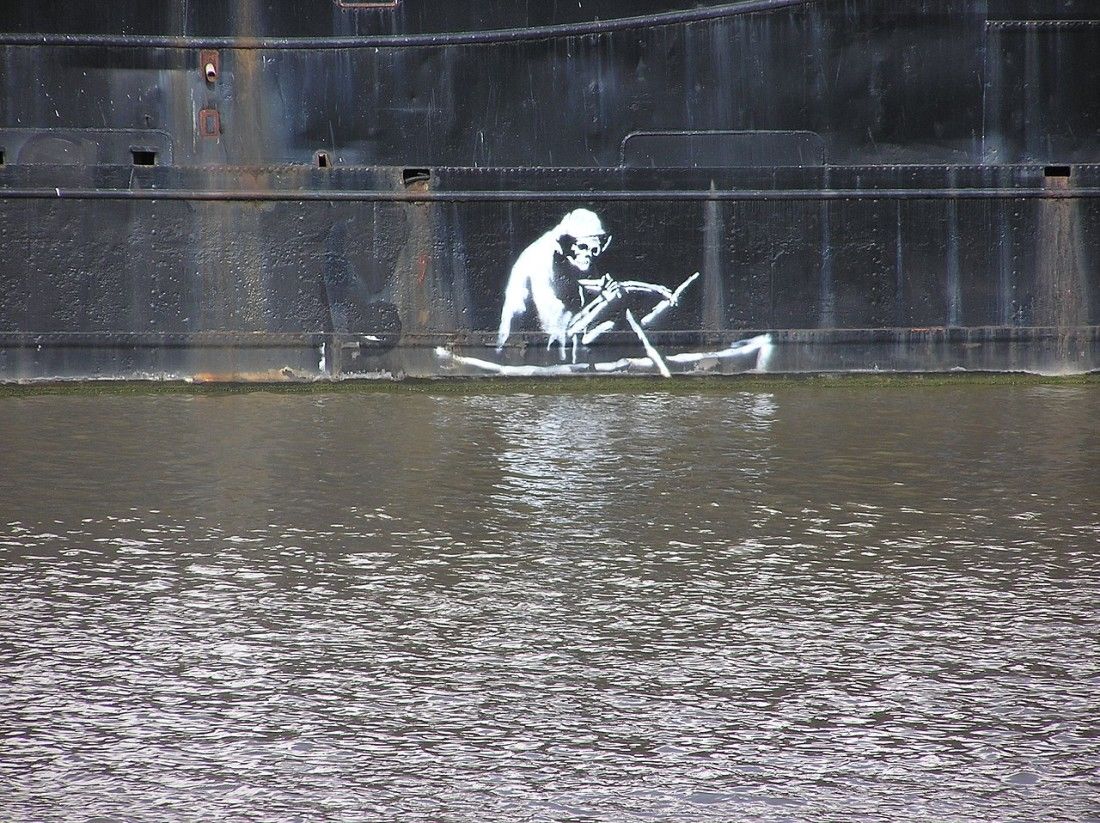 Banksy, the anonymous British graffiti artist, painted this spooky image on the outside of the hull of the Thekla, a former cargo vessel which was turned into a showboat. Death is portrayed as a skeleton wearing a hoodie and rowing a boat. Banksy could be trying to send a message about the dangers of the sea and seafaring,  but his creation can also be seen as a metaphor about death being the constant, though unseen, companion of the living as they voyage through life.