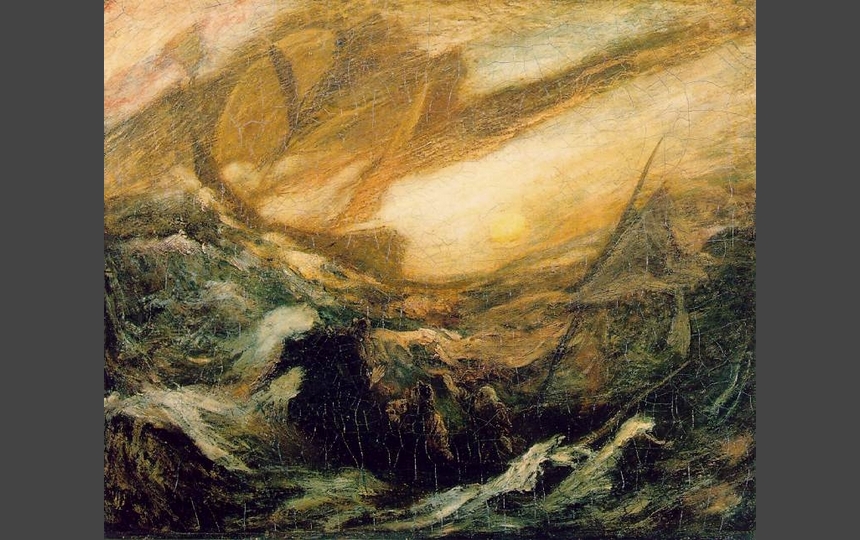 It is five days before Christmas. In the collective delirium of holiday shopping, few Filipinos will remember that today, the 20th of December, is the 28th anniversary of the Doña Paz ferry tragedy. And yet, the world’s worst peacetime maritime disaster will forever haunt mankind like the Flying Dutchman, the legendary ghost ship which American artist Albert Pinkham Ryder depicted in his 1887 painting bearing the title (pictured above).

How could people forget? More than 4,000 lives were lost when the 2,324-grt MV Doña Paz collided with the 629-grt oil tanker Vector on 20th December 1987 as it sailed through Tablas Strait en route to Manila from the Visayas region. Both vessels caught fire and sank. Many of the bodies were never recovered. Only 26 people are known to have survived with severe burns: 24 passengers of the ferry and two of the Vector’s 13-man crew.

It is cold comfort that the Philippines’ Supreme Court affirmed in September 2003 — almost two decades after the accident — an appellate court decision awarding PHP750,000 (US$15,862 in today’s terms) to the heirs of three Doña Paz victims. Most of the other families got a pittance in mandatory insurance payments or out-of-court settlements. The greater injustice, however, cannot be measured in terms of money.

Twenty-eight years on, no national memorial¹ stands to honour the Doña Paz victims. Nor have Filipinos tried to commemorate the tragedy in film or art. Should anyone be surprised? The Doña Paz passengers were mostly simple, ordinary folks from the provinces of Leyte and Samar. Forgetting those who are not well-heeled is not so difficult. ~Barista Uno

¹The Pieta Park in the city of Catbalogan, capital of Samar province, serves as a local memorial to the Doña Paz victims.