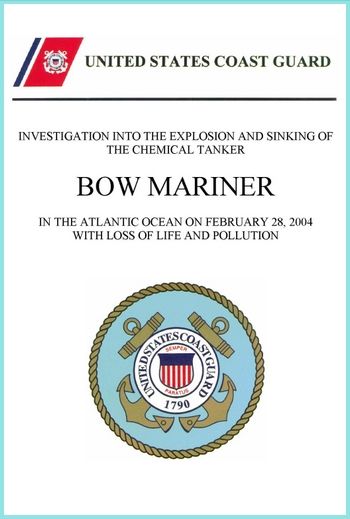 The USCG 2005 investigation report is very interesting as it describes the shipboard culture on the chemical tanker Bow Mariner, which exploded and sank on 28th February 2004 in the Atlantic Ocean. The USCG could not determine if this culture contributed to the accident, but its findings are eye-popping. It noted that there was "a lack of cohesiveness between the three Greek officers and the Filipino crew"; that the Filipino officers "did not eat in the officers' mess and were given only menial tasking"; and that several survivors reported that the Greeks "treated them with disrespect and were constantly threatening them with being fired."  Able Seaman Ronquillo stated that orders from the Greeks were like 'words from God.’ (2.6 MiB, PDF, 56 pages)