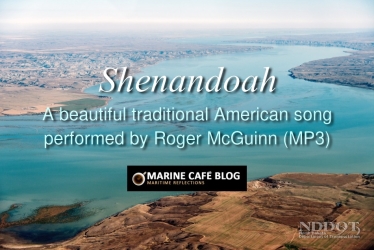 This beloved American folk song is sung by Roger Mcguinn of the popular Folk Den Project. Shenandoah dates back to at least the early 19th century. American folklorist Alan Lomax suggested that it was a sea-shanty that originated with French-Canadian voyageurs. The US Library of Congress notes: "As unclear as is the song’s origin, so is the definitive interpretation of its text. Some believe that the song refers to the river of the same name. Others suggest that it is of Native American origin, for it tells the tale of Sally, the daughter of the Indian Chief Shenandoah, who is courted for seven years by a white Missouri river trader. Regardless of these textual discrepancies, 'Shenandoah' remains an American classic."  This song is published here under Mr. McGuinn's Creative Commons licence CC BY-NC-ND 3.0 US.