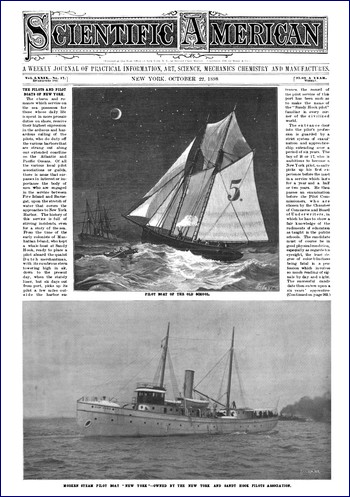 'The Pilots and Pilot Boats of New York' was published in the 22nd October 1898 edition of Scientific American, which was founded in New York City in 1845 as a weekly newspaper. An excerpt from the article: "The history of those early days of pilotage is full of disaster, and the long cruises to the eastward were as costly as they were unnecessary. This was well understood by the pilots, and it was only a question of time before some arrangement would be made by which the work could be carried on systematically and with less risk and expense." (3.6 MiB, PDF, 2 pages)