Mention the Netherlands (or Holland) and some things immediately come to mind. Windmills, canals and dykes, tulips, clogs (called klompen by the Dutch and immortalised by Vincent van Gogh in his 1889 painting), and cheese. The list of Dutch cultural icons would not be complete without mentioning the Dutch masters such as Rembrandt van Rijn and others too many to name here. I personally would add marine art. When it comes to nautical subjects, Dutch artists have earned a reputation as prolific virtuosos. Even their drawings of boats and ships are quite extraordinary, as the following works show. 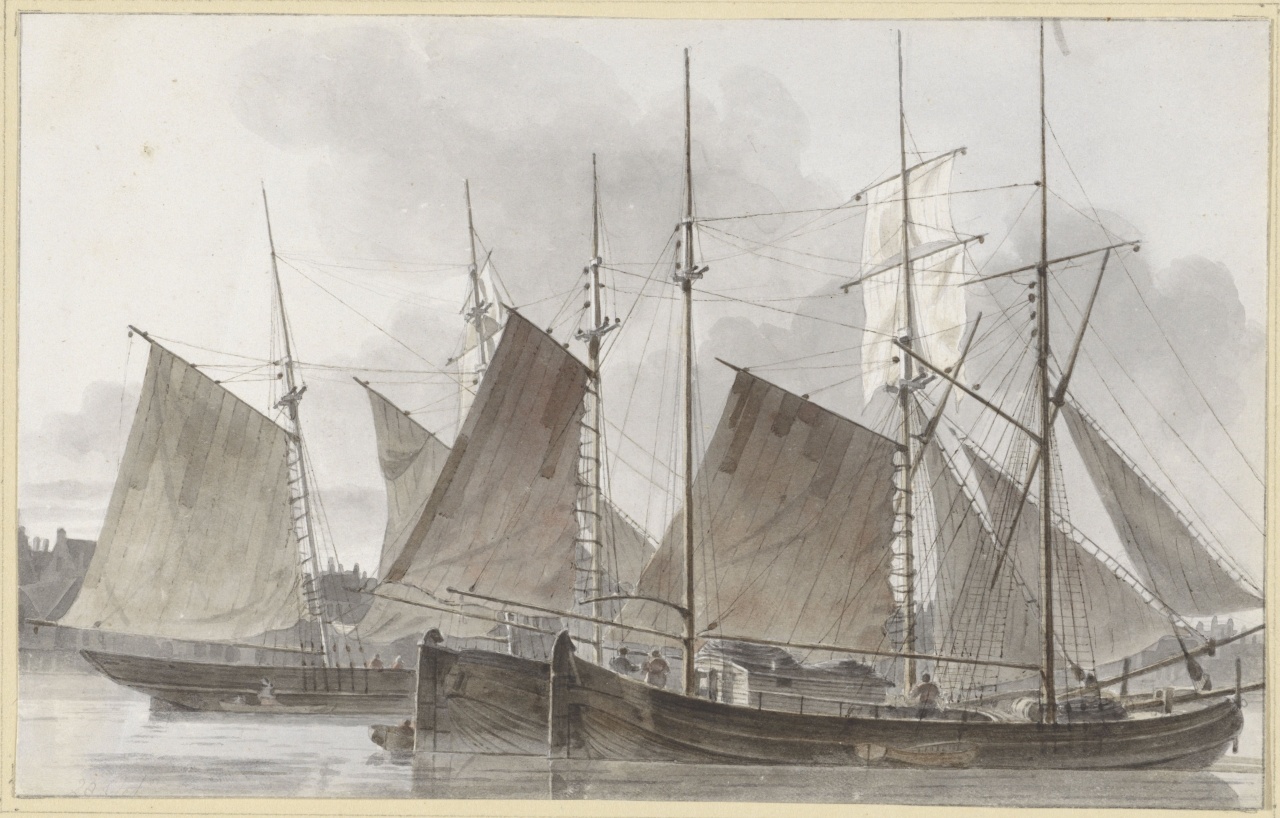 Drawing is often regarded as a handmaid of painting — something an artist does as a kind of callisthenics, a study for some important work in oil on canvas. But that is not always the case. Klinkhamer’s drawing depicting some fishing vessels docked in a city can stand on its own as a complete work, a thing of beauty. Done in watercolour, pencil and ink, it reflects the Dutch love for boats and the sea. 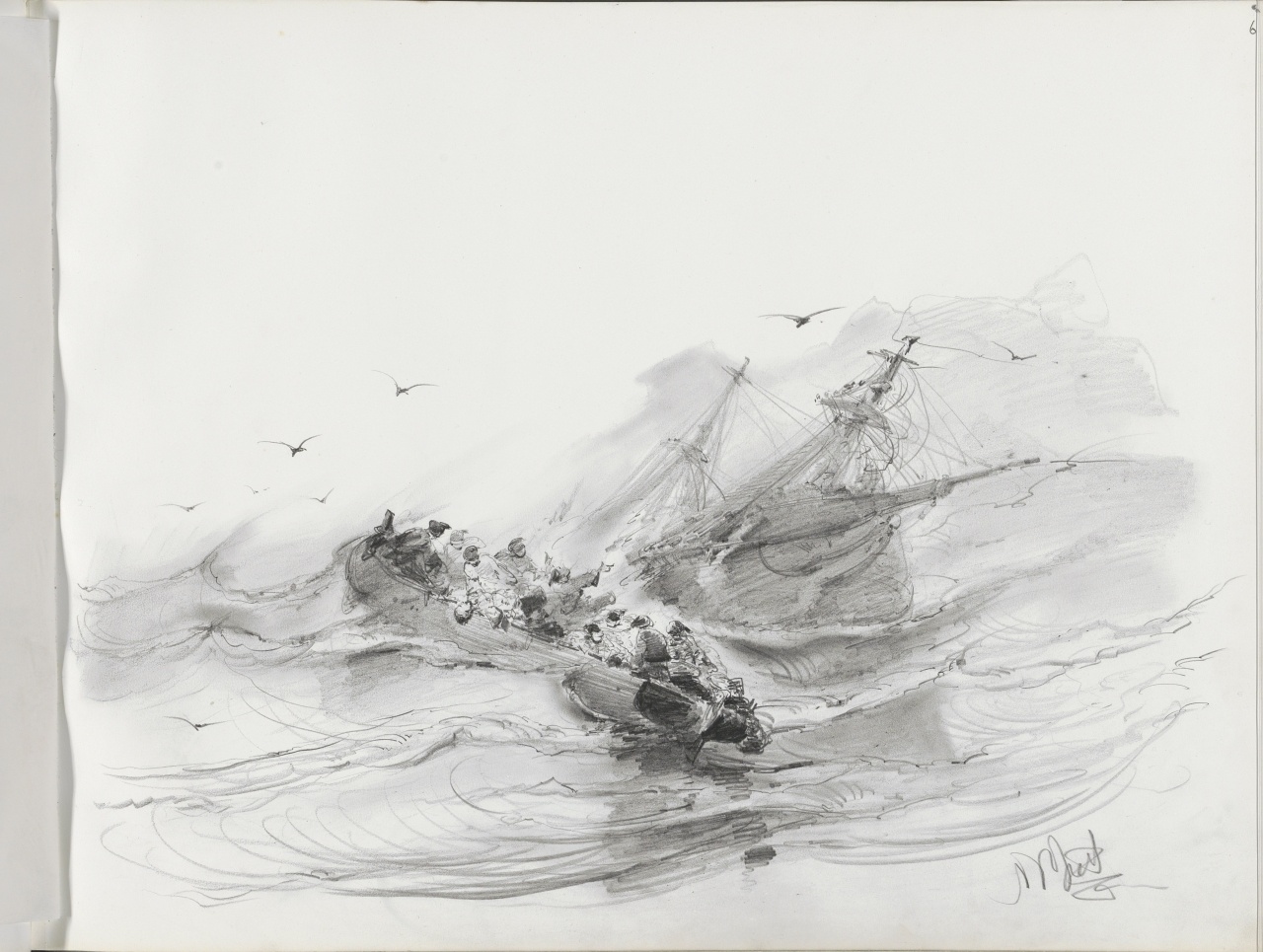 Who says an artist cannot create drama without using colours? This pencil drawing by Dutch marine painter Albertus van Beest of a shipwreck in a rough sea calls to mind Rainbow by the Russian Romantic painter, Ivan Konstantinovich Aivazovsky. It conveys the same sense of fear and danger as one gets from Aivazovsky’s 1873 oil painting. 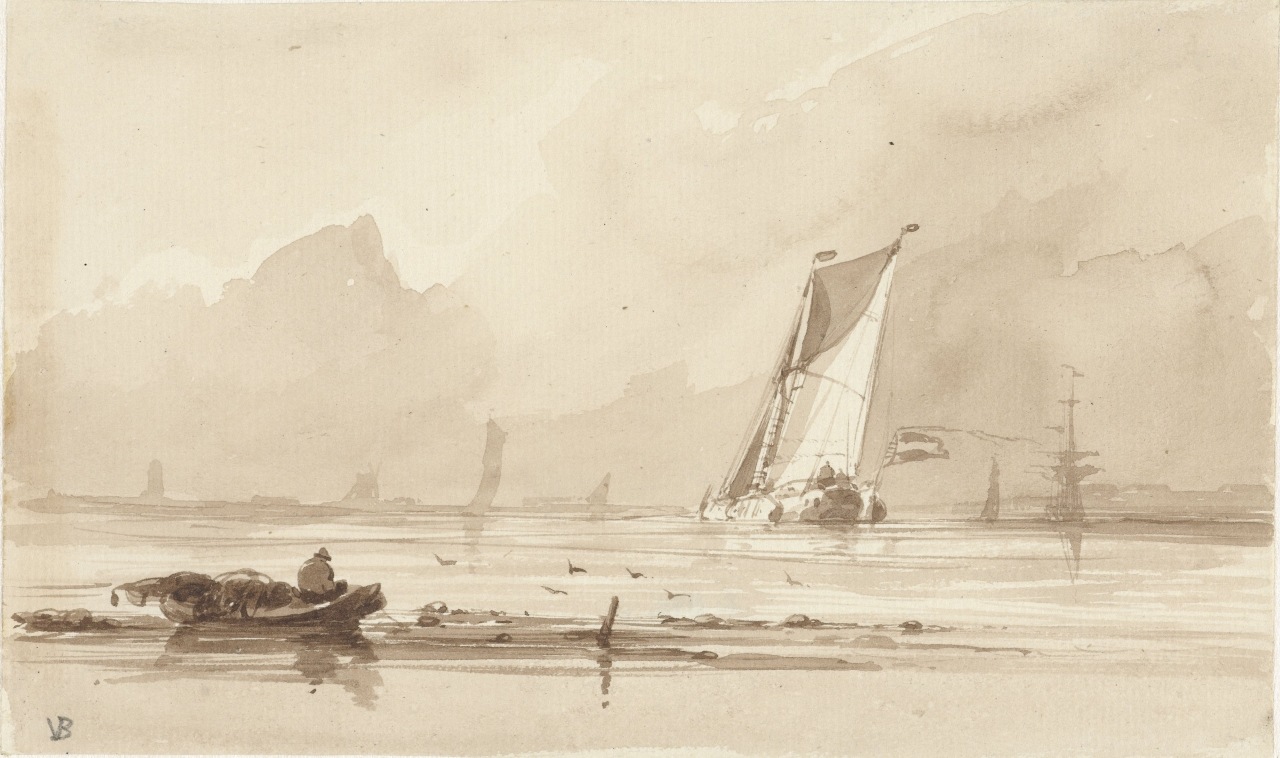 I find it curious that Albertus van Beest was able to create an atmosphere of calm using only ink on paper. Ah, but he was Dutch and an accomplished marine artist. 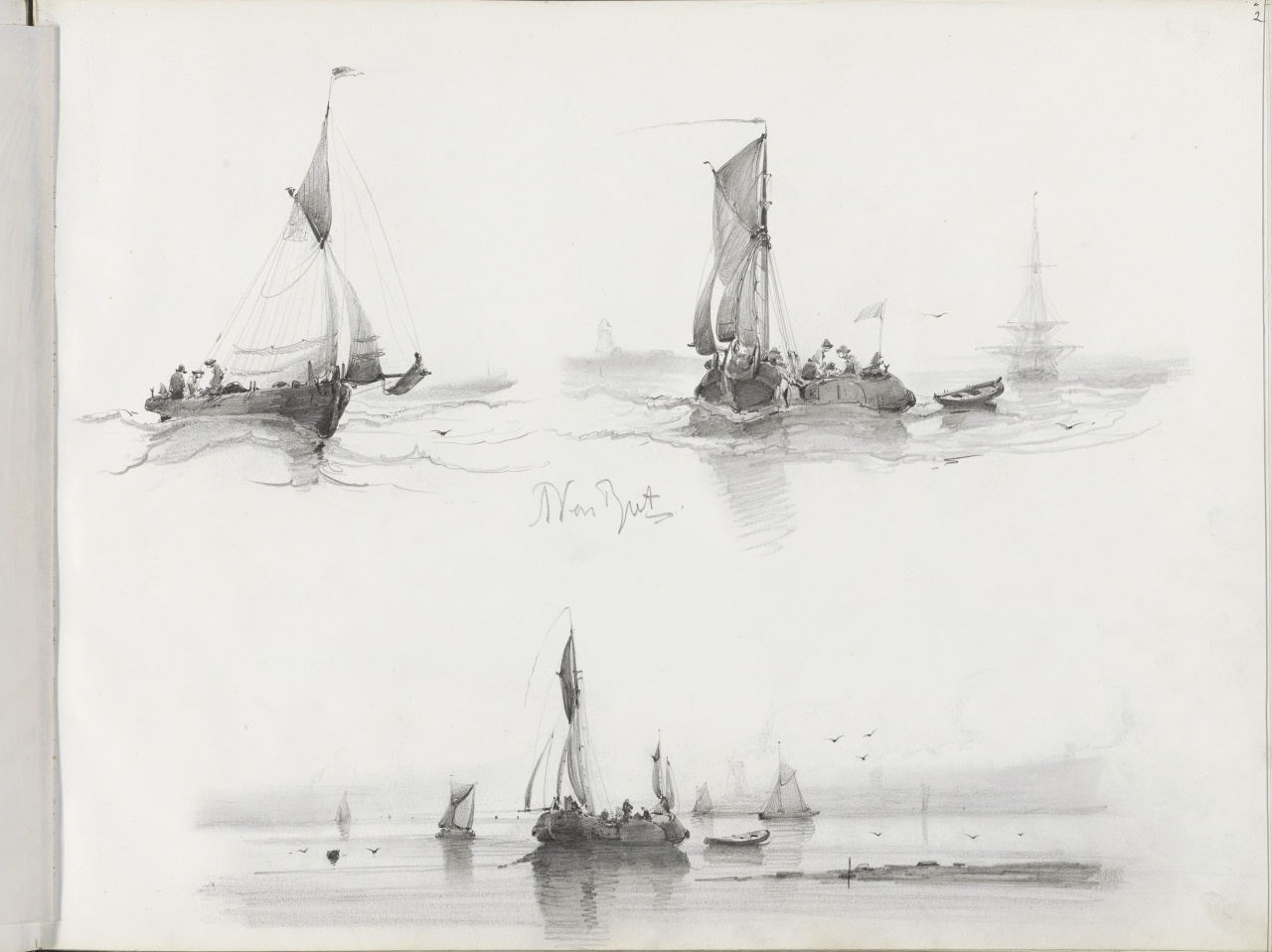 Albertus van Beest was not only a painter. He was also a draughtsman and a lithographer. This pencil drawing shows remarkable attention to detail and the deftness of a master.

“Drawing is the honesty of the art,” Salvador Dali once said. “There is no possibility of cheating. It is either good or bad.” There is no doubt which one in the case of this pencil and chalk drawing by the great Vincent van Gogh. The Dutch post-Impressionist artist painted with the intensity of a mad lover, but he knew how to draw. He also had a fondness for the sea, fishermen and boats. 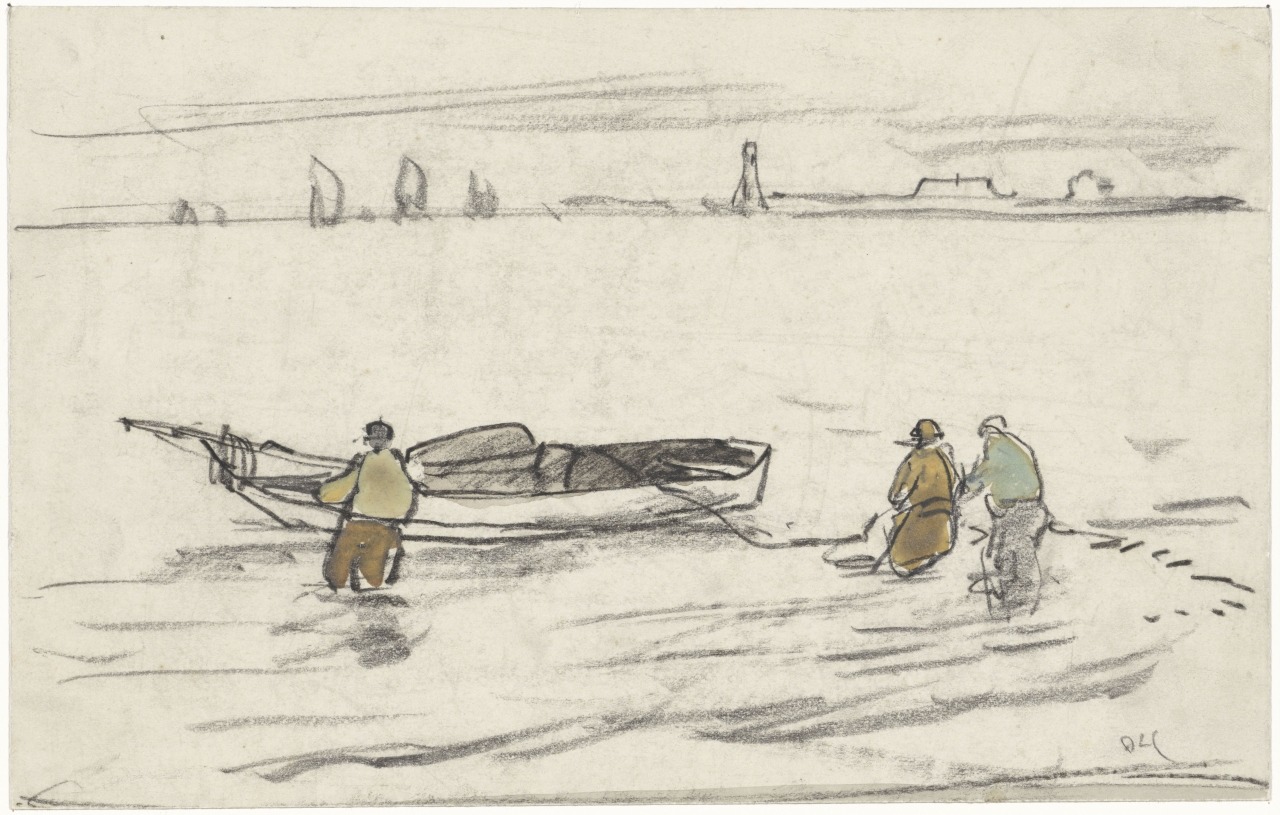 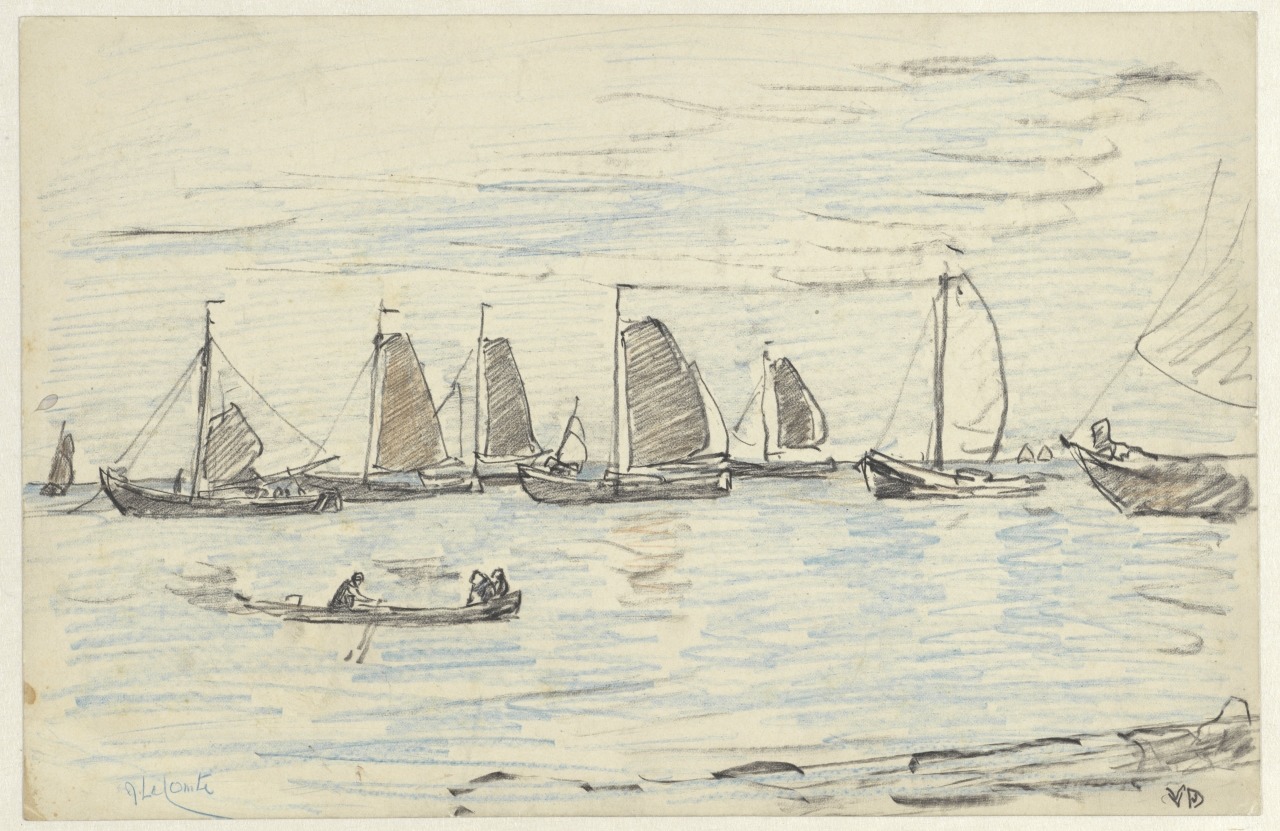 A drawing, such as these two works done in chalk on paper, can captivate with its simple charm. One can tell that Adolf le Comte’s hand did not hesitate. He drew with childlike freedom but with the confidence and discipline of a draughtsman and an art teacher. 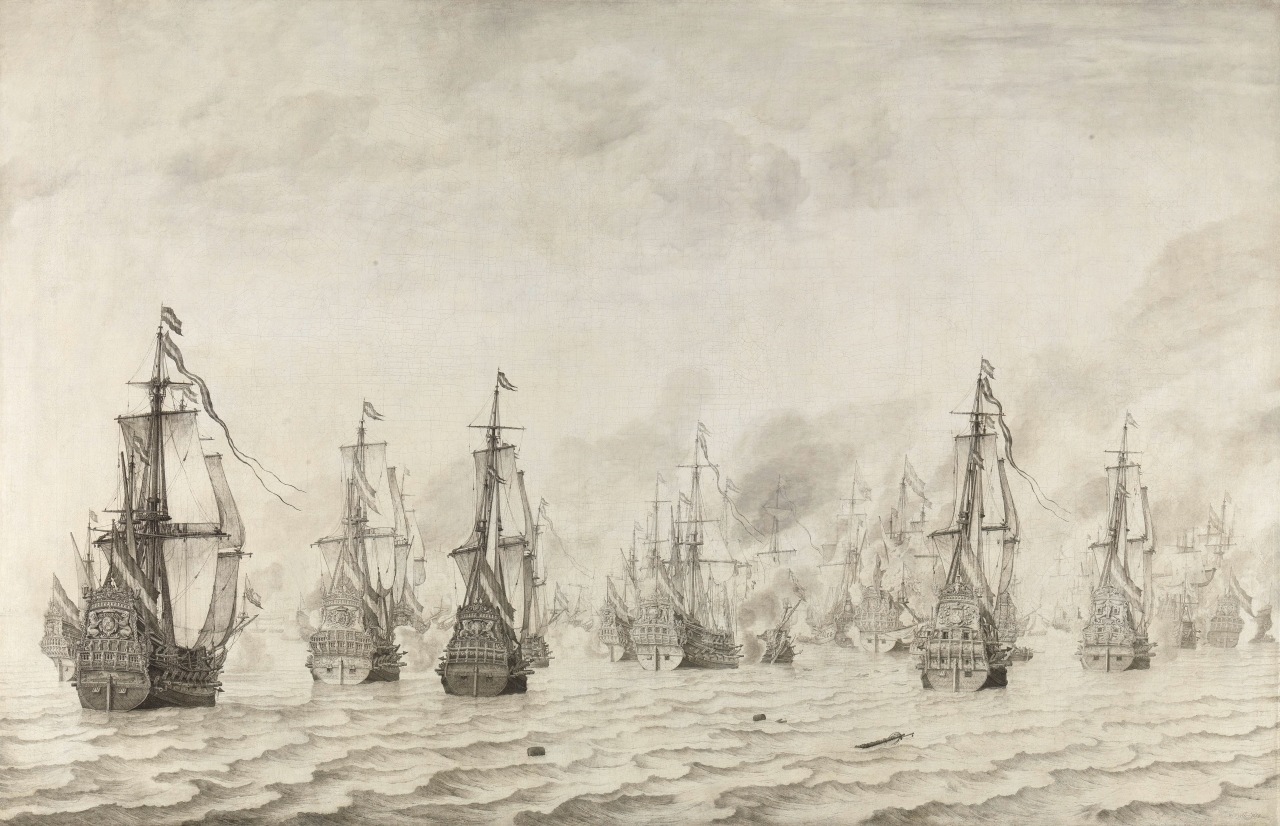 The Dutch navy was a source of national pride, and Dutch artists celebrated its glory days in their works. The short Rijksmuseum note on Willem van de Velde I’s ink on canvas drawing is insightful:

In 1639 Maerten Harpertsz Tromp prevented the Spanish fleet from leaving the harbour at Dunkirk with a blockade of twelve ships. Van de Velde has depicted most of the Dutch vessels with their prows pointing towards the enemy armada. With a remarkable eye for detail, he rendered in pen the ships’ counters or transoms – the stern carvings from which the individual vessels can be identified. 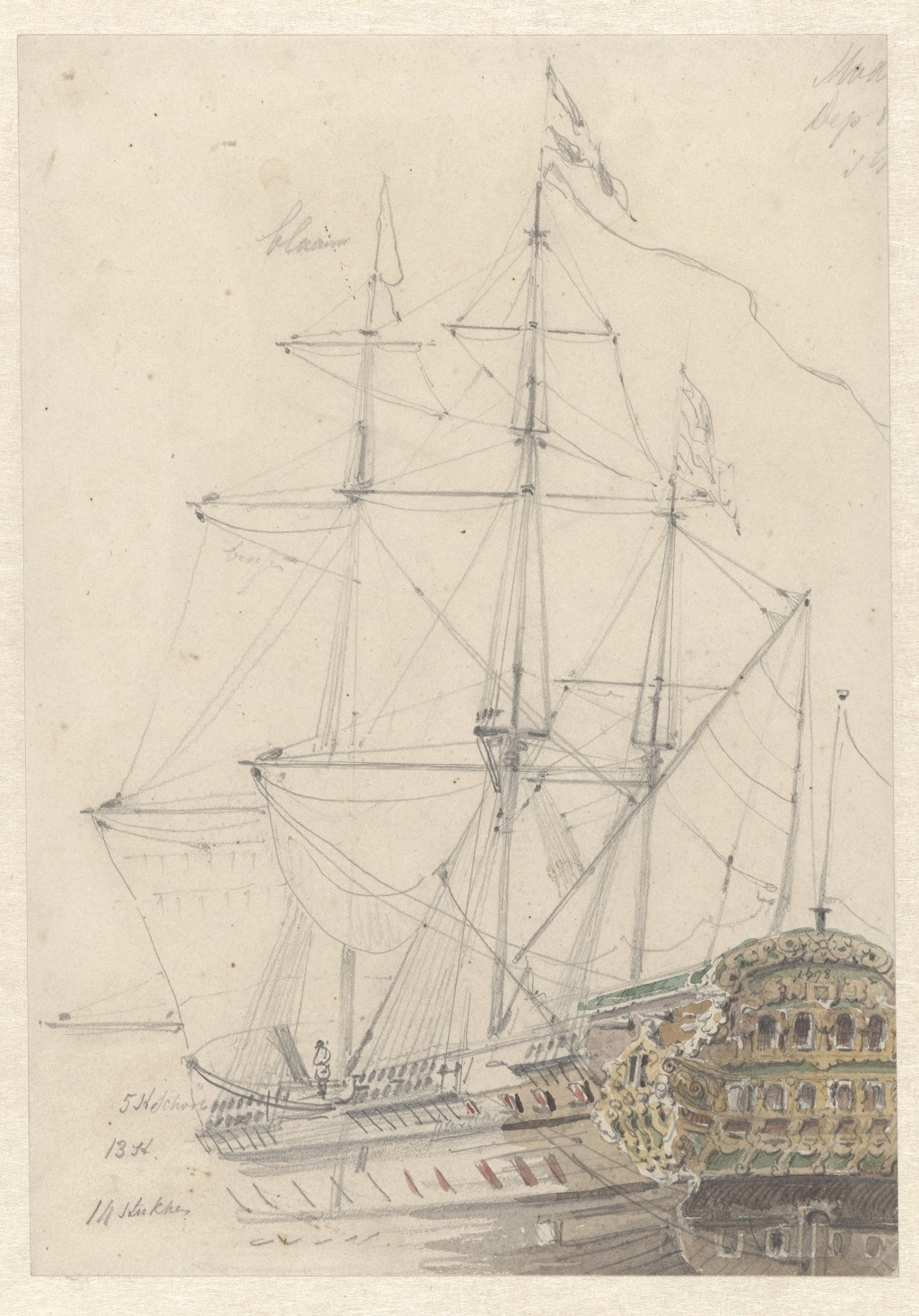 The smoke of naval battles has long vanished along with those who fought in them. Yet, the past is never past. By paying homage to it, be it in the shape of a mighty frigate or a humble boat, Dutch artists have transformed the past into living specimens. They have bequeathed a cultural patrimony for the whole world to enjoy. 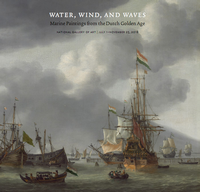