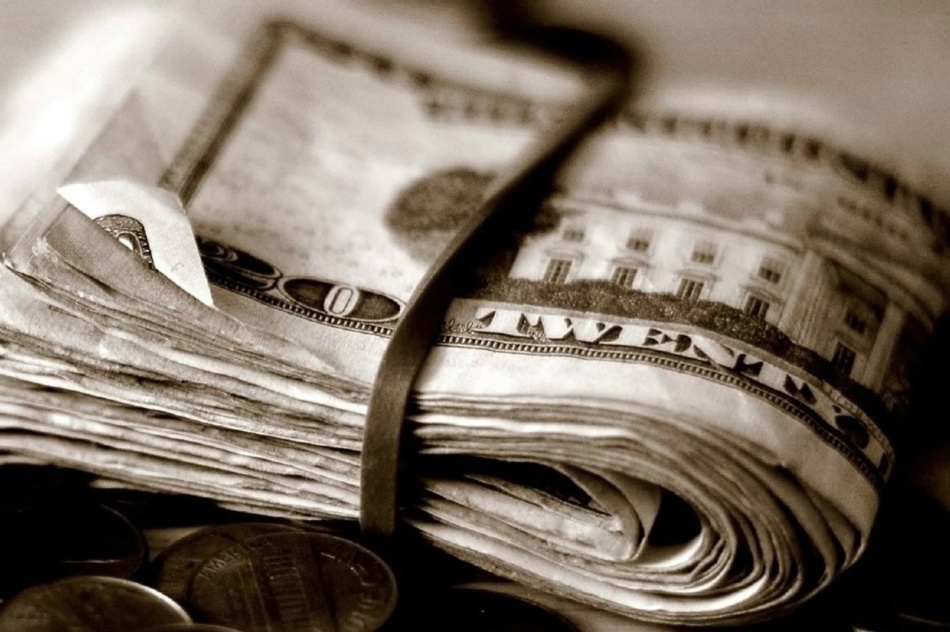 In 2019 Filipino seafarers sent home a whopping $6,539,246,000. The amount represents 80% of their basic salaries, which is required by law to be remitted as family allotments and paid in Philippine currency. Alas, not all of the money went to the families. Unscrupulous manning agents got to keep part of it by using an exchange rate that is usually a peso lower than the official rate of the Bangko Sentral ng Pilipinas (Central Bank of the Philippines).

One peso may not seem much. It certainly won’t buy the seafarer a cup of Starbucks coffee. But the total amount forfeited by seafarers’ families as a result of the forex manipulation could be mind-boggling.

The following calculations are based on the conservative estimate that 60% of total remittances in 2019 were converted into pesos using a reduced rate, the rest being properly converted by honest manning agents. The actual percentage should be much higher as short-changing on the remittances is quite common (ask any Filipino seafarer). Bank charges have not been taken into account, since they are minimal and some banks do not charge any fee for inward remittances. 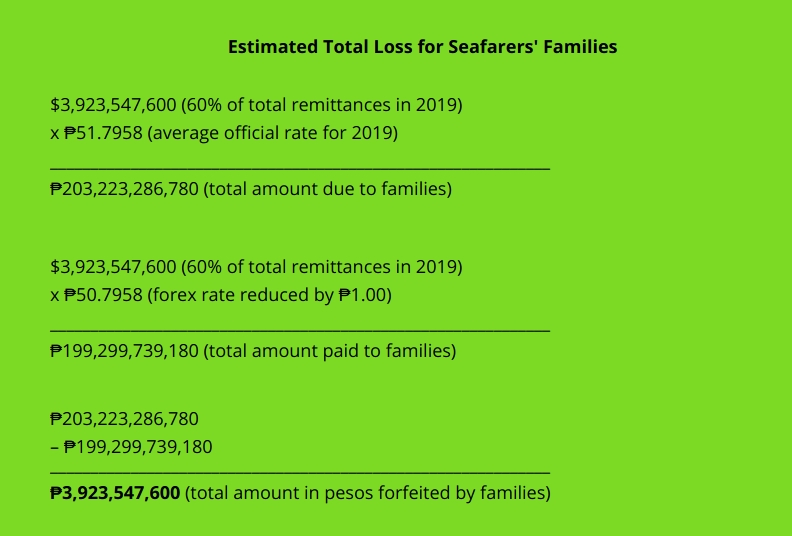 NOTE: The total amount forfeited by the families of seafarers is equivalent to $75.75 mllion based on the 2019 average official forex rate. This is how much was possibly retained altogether by uncrupulous manning agents. 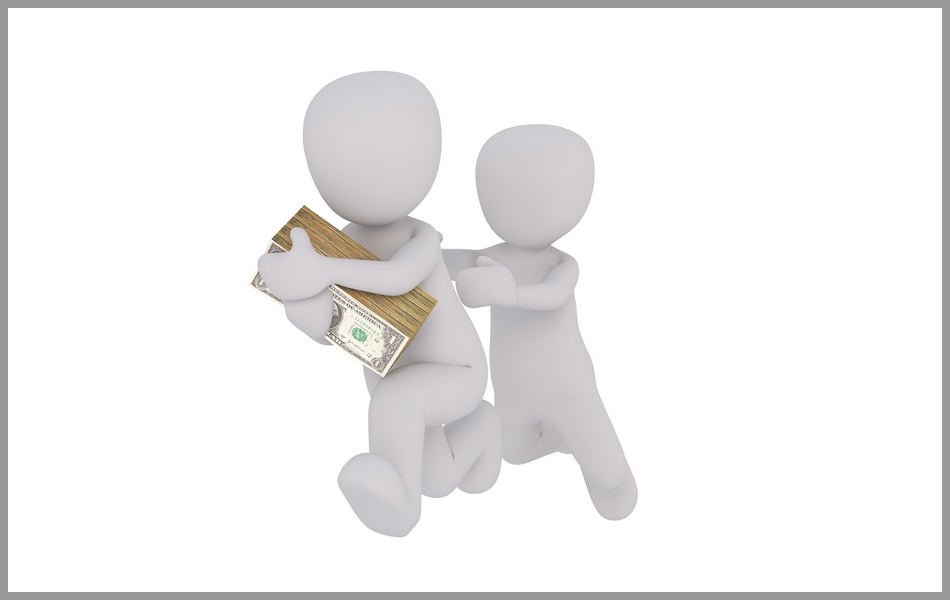 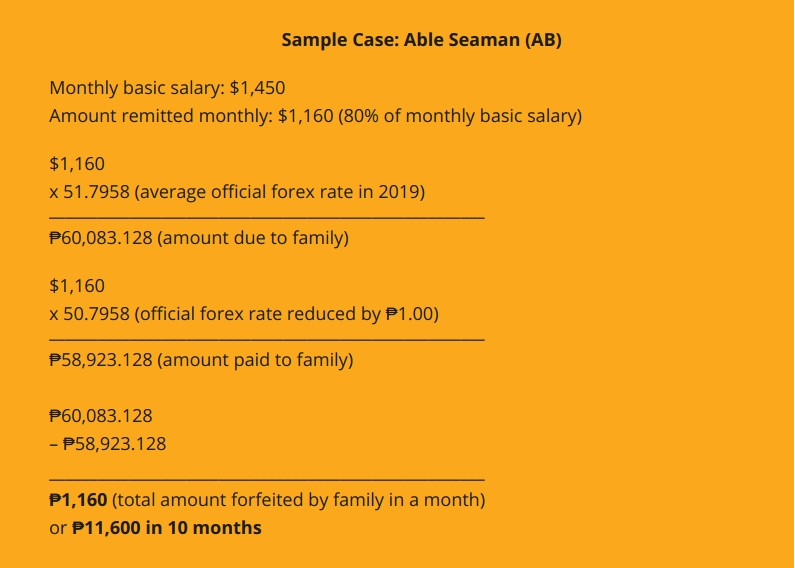 The losses for the families of ship officers are obviously much bigger. Incredibly, there has been no public outcry over the dollar short-changing despite the scale of it. The local maritime press won’t even talk about the problem. As for the seafarers, most seem to have accepted the fact that being cheated if you’re a Filipino seafarer is part of life. Sadly, they are not mistaken in believing so.