Filipinos should rethink their fixation on ship manning 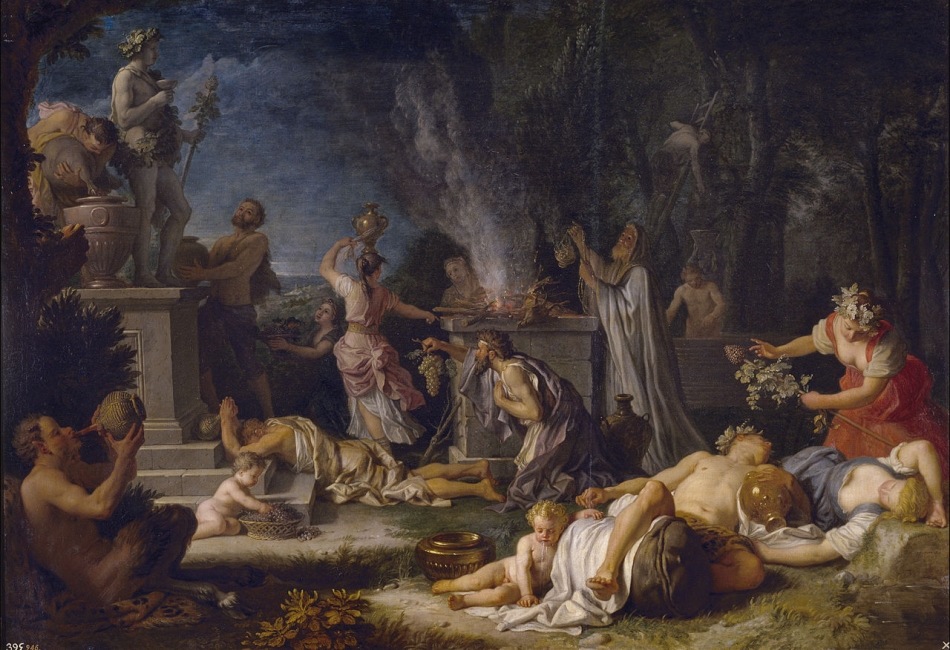 To tell Filipinos to rethink what has been their main maritime activity could be asking for the moon. Ship manning has become as addictive to them as alcohol. It is their opiate — inducing the kind of foggy and false sense of contentment that French artist Michel Ange Houasse depicted in his 1720 painting, Ofrenda a Baco, or Offering to Bacchus (pictured above).

The bacchanalia has been going on since 1974. That was the year when the late dictator Ferdinand Marcos officially launched the country’s labour export programme by creating the National Seamen Board and, for landbased workers, the Overseas Employment Development Board. The two offices were later merged into what is now the Philippine Overseas Employment Administration (POEA).

Can the national addiction to ship manning ever be stopped? In 2018 Filipino seafarers sent home a total of USD6.14 billion, up 4.6 per cent over the previous year. For a poor country with a population of 106 million, that is no piddling amount. Throw in the money going to the myriad players in the manning sector, and you are faced with a dependency problem that may require years of rehab.

And yet, it’s about time Filipinos confronted their addiction. Manning other nations’ fleets has diverted the nation’s energies away from fleet development, marine manufacturing and other areas long neglected. During the Marcos era, Filipinos had it own, fairly large oceangoing fleet, including some VLCCs (Very Large Crude Carriers). Latest available official figures show that the fleet in 2016 was down to one benefically owned vessel of 4,028 gross tonnes, the rest (118 vessels) being foreign tonnage under bareboat charter to Filipinos.

The obsession with manning has come at an even heavier, albeit hidden, cost to the nation. It has engendered, particularly in Manila, a kind of mind shrinking paraochialism and created a culture in which seafarers are regarded as commodities. Ironically, those who treat seafarers in this manner also tend to become dehumanised. Having lost their natural power of empathy, they see other humans as a means to an end, not as ends in themselves.

The obsession with manning…has engendered, particularly in Manila, a kind of mind shrinking parochialism and created a culture in which seafarers are regarded as commodities.

Developments in shipping provide another reason for Filipinos to start weaning themselves away from manning. Whether they like it or not, the age of automous ships is coming. Significant strides in the technology were made in 2018 which the Marine Insight website has summarised in an informative article. In addition, Filipinos are having to deal with rising competition from other crew-supplying countries and their own inability to fix their maritime educational system.

The bell may be tolling for Filipinos. Few would probably hear it. Just like Bacchus’ wine, the money from ship manning can put the participants in a state of drunken stupor and wonderful, mindless contentment.