Fire and fury: The varied faces of Blackbeard the Pirate 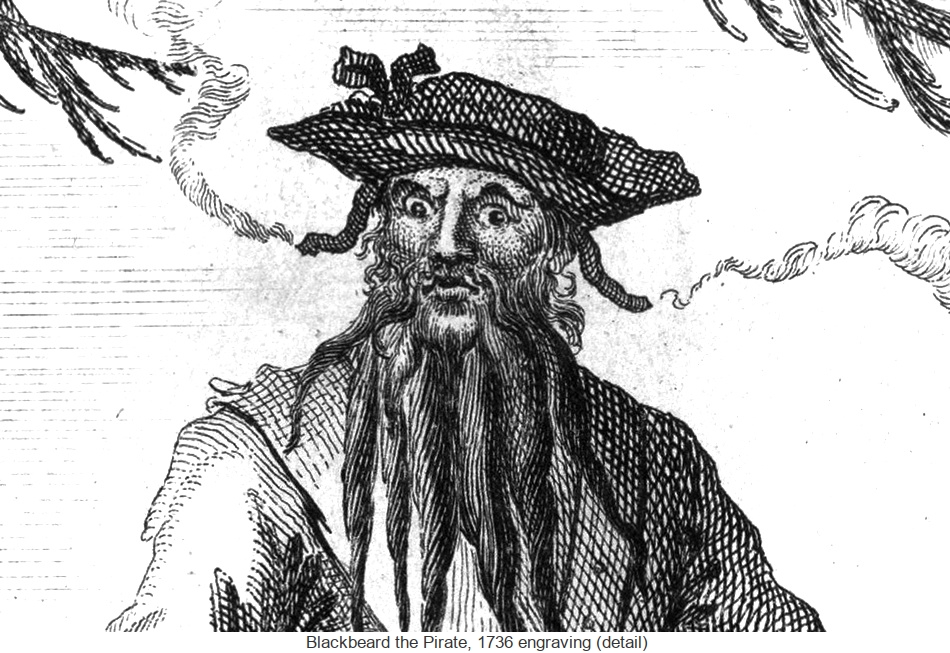 What did Blackbeard, one of history’s most famous pirates, look like in real life? I believe we will never know for sure. Blackbeard, byname of Edward Teach (or Thatch), lived from around 1680 to 1718 — long before the advent of photography. He is typically shown sporting a luxuriant beard (hence the nickname), but that does not really say much about his true countenance.

In the 18th century, Captain Charles Johnson (generally considered as the pseudonym of the English author, Daniel Defoe) described the infamous beard in some detail. He noted in his 1724 book, A General History of the Pyrates, from Their Rise and Settlement in the Island of Providence, to the Present Time:

This Beard was black, which he suffered to grow of an extravagant Length; as to Breadth, it came up to his Eyes; he was accustomed to twist it with Ribbons, in small Tails, after the Manner of our Ramilies Wiggs, and turn them about his Ears : In Time of Action, he wore a Sling over this Shoulders, with three brace of Pistols, hanging in Holsters like Bandaliers; and stuck lighted Matches under his Hat, which appearing on each Side of his Face, his Eyes naturally looking fierce and wild, made him altogether such a Figure, that Imagination cannot form an Idea of a Fury, from Hell, to look more frightful. 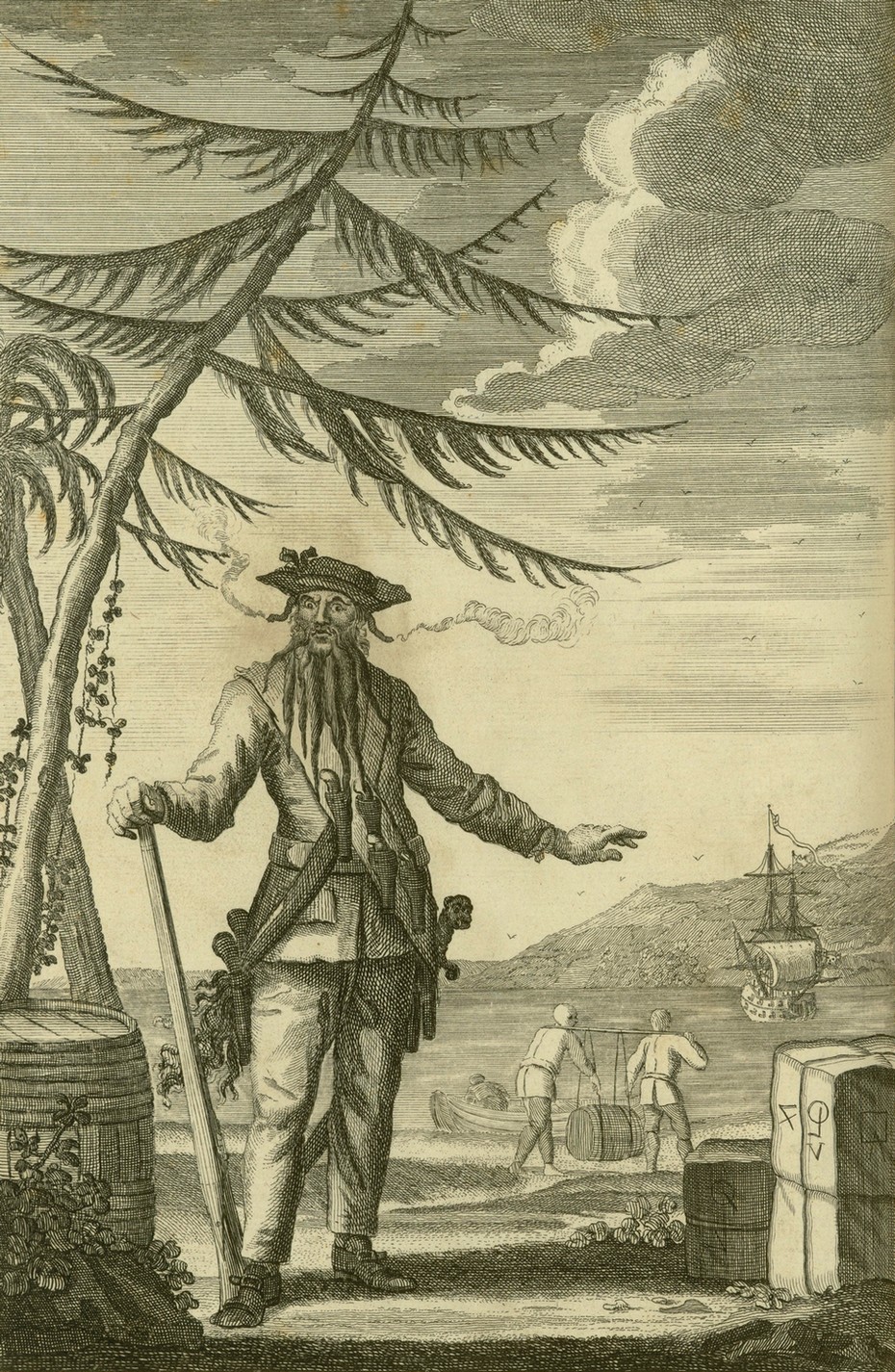 Captain Johnson’s historical profile of Blackbeard appears to have influenced subsequent depictions of him. Even the Blackbeard minifigure made by Danish toy manufacturer Lego fits his description, minus the lighted matches. In all cases, we are confronted with a menacing figure — in the words of Captain Johnson, “a most cruel hardened villain, bold and daring to the last degree”. The following are just a few of the countless interpretations by different artists: 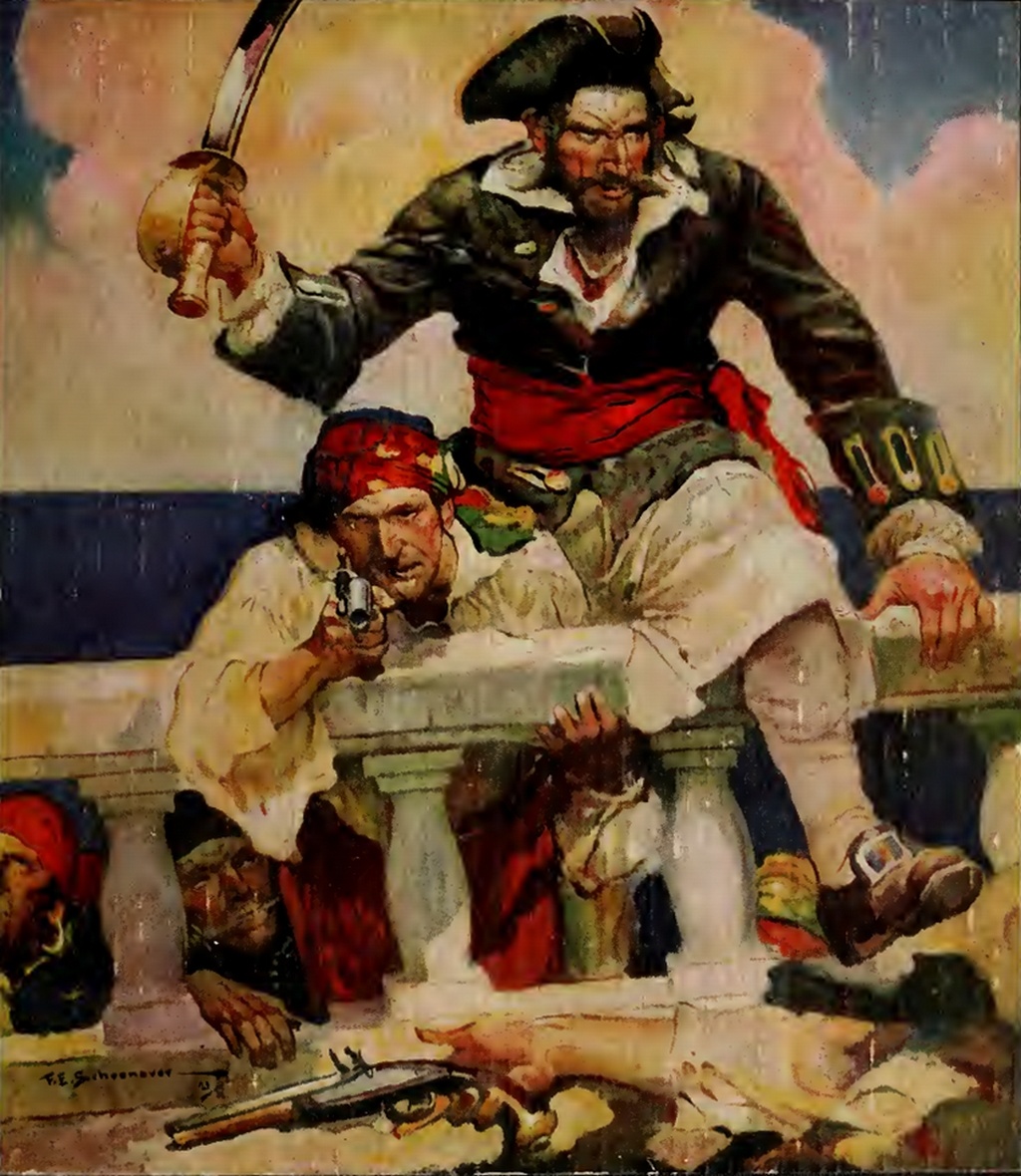 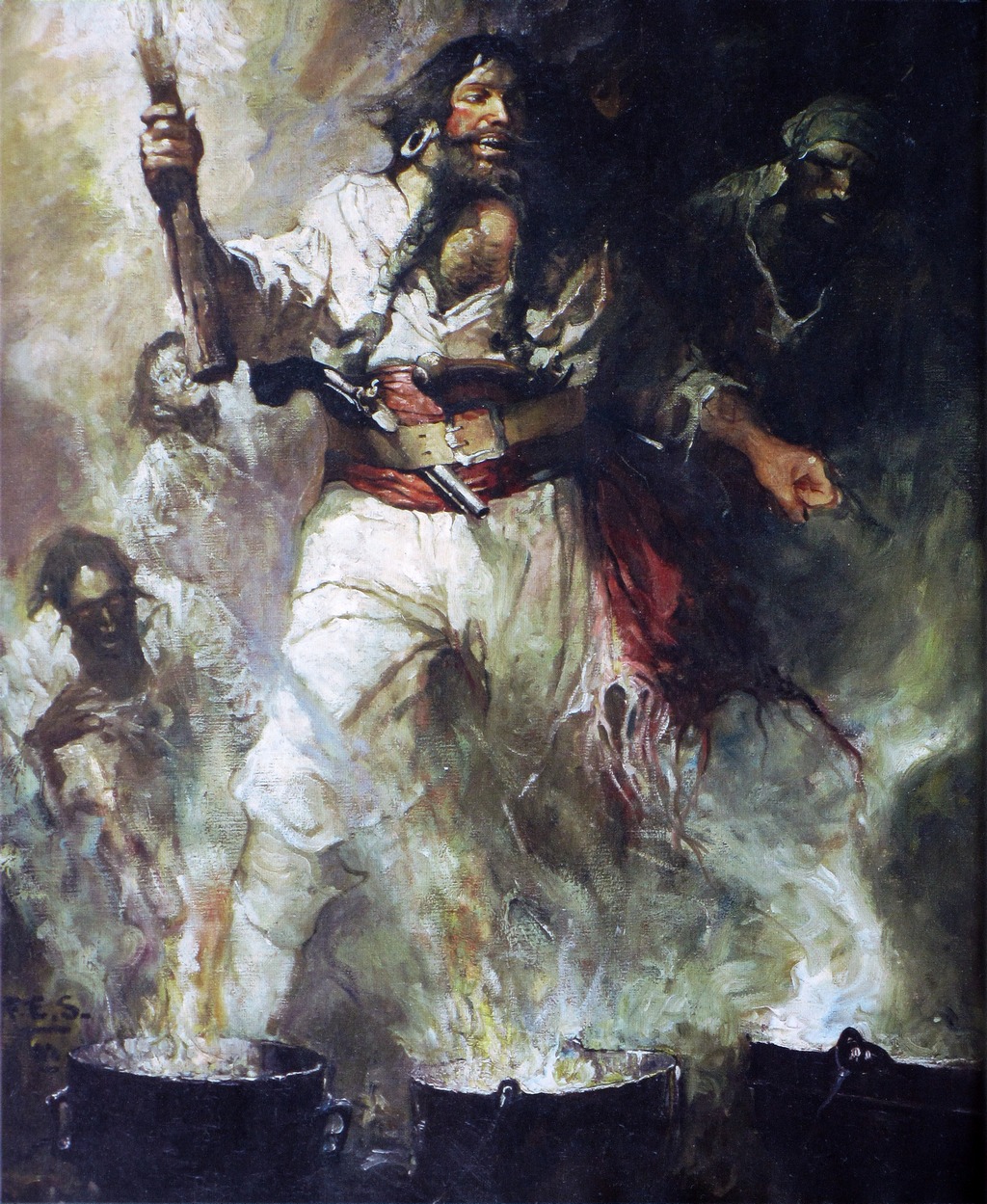 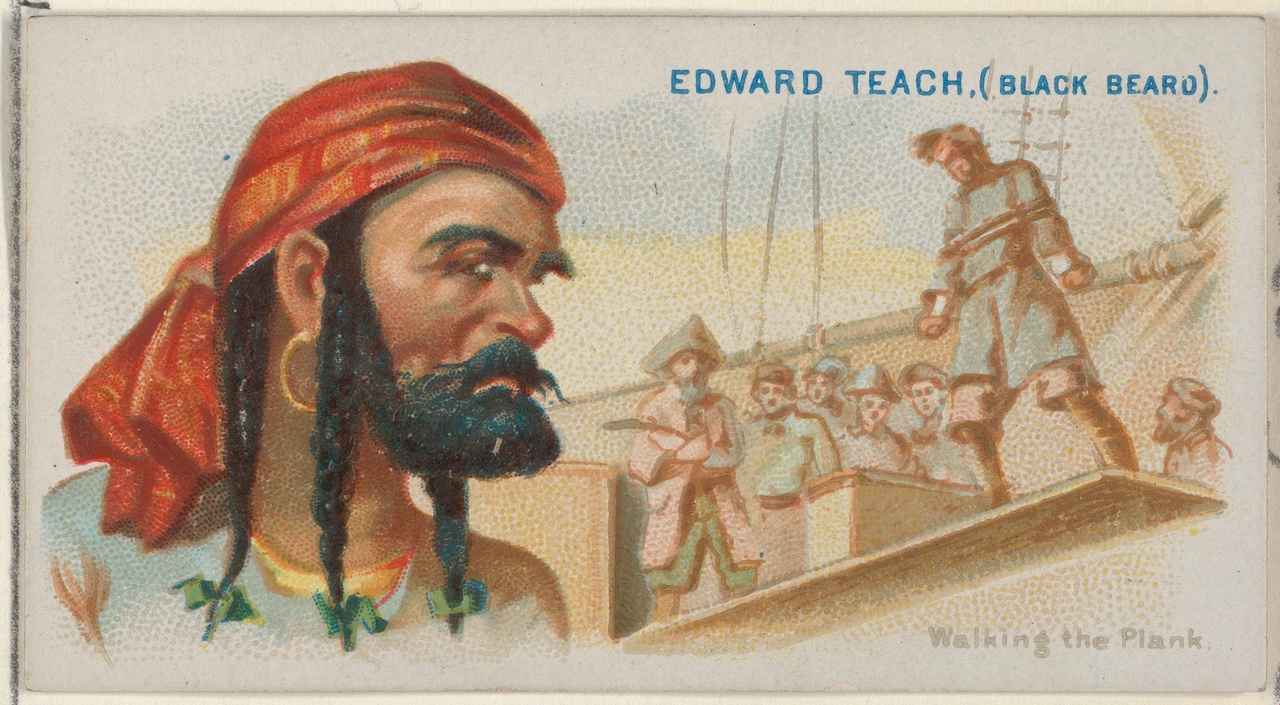 How accurate are the various depictions of Blackbeard by artists and historians? The question is still asked long after he was killed in 1718 during a battle with Lieutenant Robert Maynard and his men. Colin Woodward, a New York-based historian, has sought to debunk all previous accounts of Blackbeard as a blood-thirsty pirate. He says many have got even his name wrong (read Woodward’s Daily Mail article here).

Such a contrarian view is not likely to change how the world sees Blackbeard. History and legend have intertwined to create an iconic image that lives on in video games and in swashbucklers like The Pirates of the Carribean film series. Several years ago, my own fascination with the notorious pirate led me to purchase a Blackbeard figure for my nautical collection (see photo below). What good is a pirate long dead if he or she cannot stir the imagination? 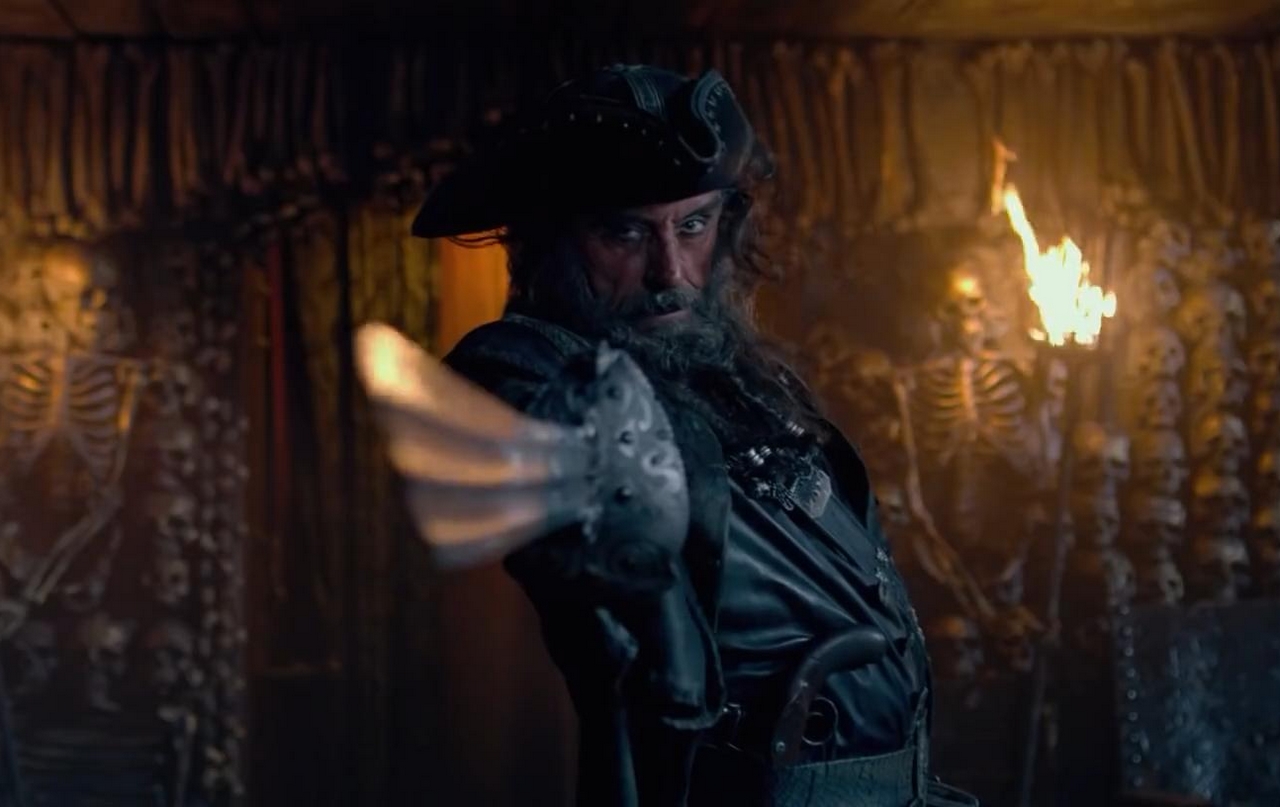 British actor Ian McShane as Blackbeard, screenshot from the 2011 Walt Disney film, Pirates of the Caribbean: On Stranger Tides 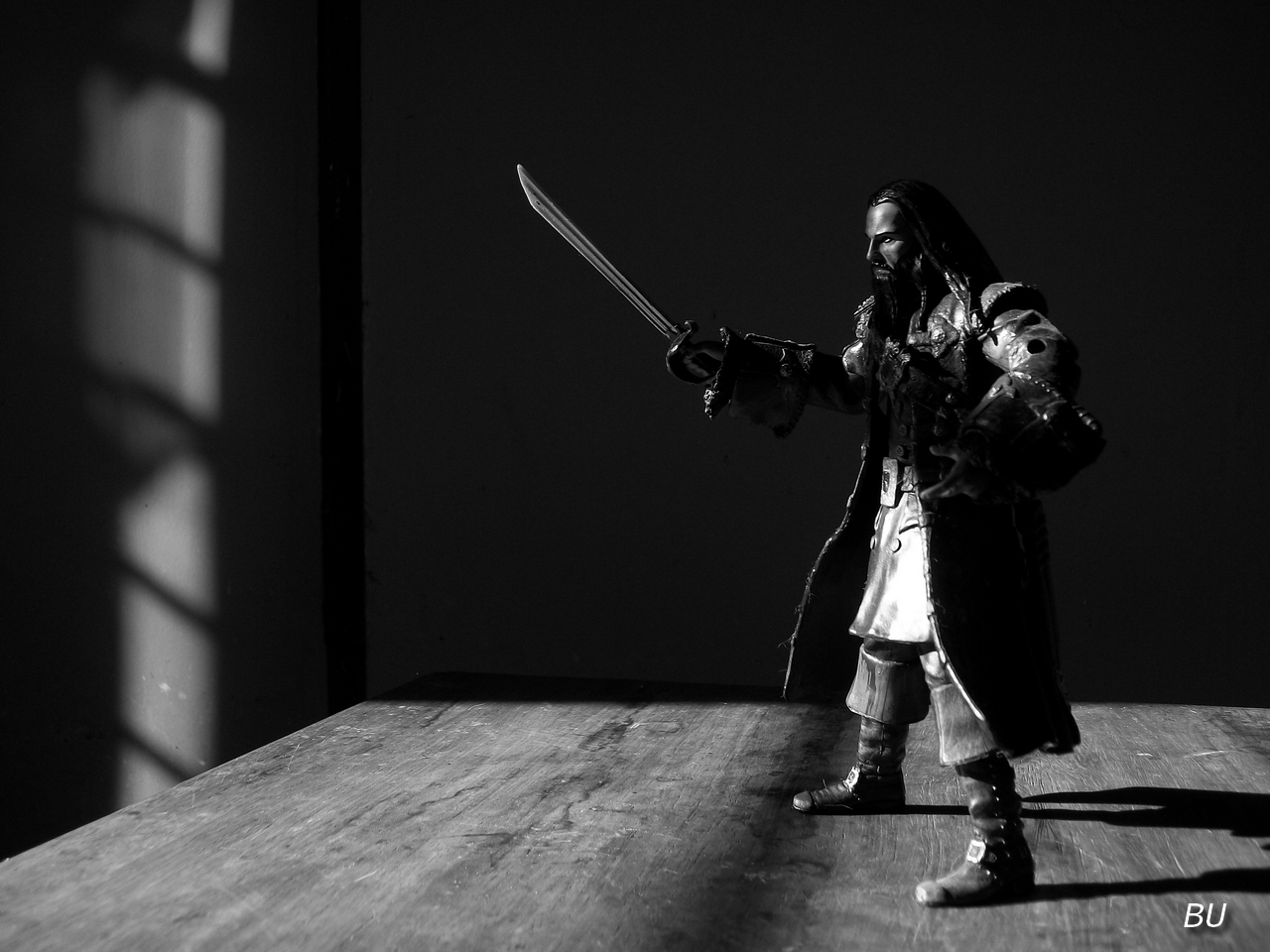 An Imaginary Enemy ©  Barista Uno
Available as an art print at the Society6 website. Click here for details.