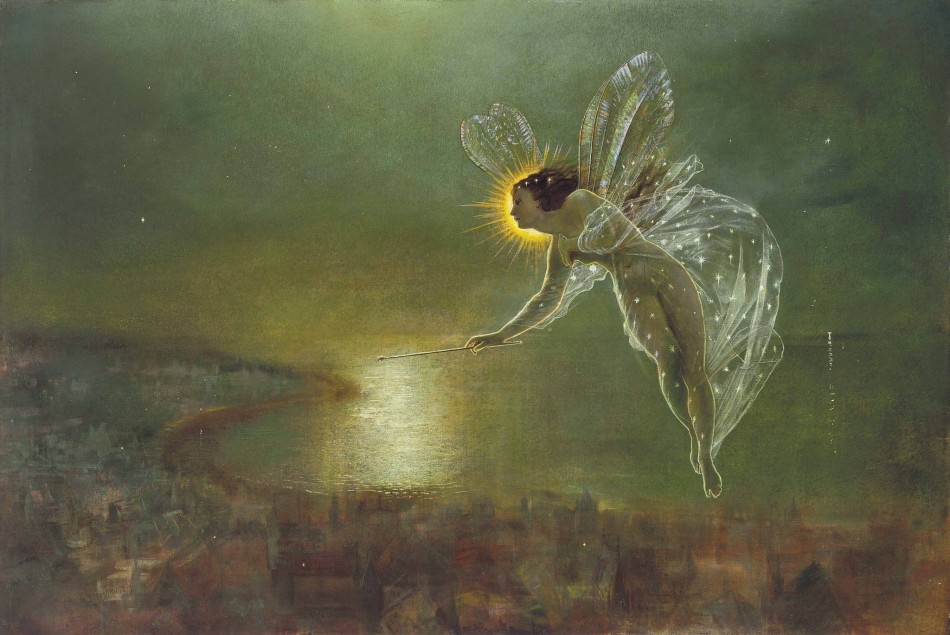 It’s too bad there are no fairies in the shipping world like the one depicted in John Atkinson Grimshaw’s 1879 painting, Spirit of the Night (pictured above). Otherwise, I would summon their help to make the following maritime-related wishes for the new year, 2019, come true. Being out of the ordinary, these wishes require some supernatural intervention.

The shipping industry is deluged annually with a tsunami of awards. It has gotten out of hand. The awards are downright silly when they are handed out by maritime publications.

A remote island for rogue shipowners

Denmark is planning to force ‘unwanted’ refugees to live in a remote island. Why not an island for shipowners who abandon their crews? A limited, one-year residence on the island should let them know what it feels like to be abandoned.

An International Day of the Shipowner

There’s a Day of the Seafarer but no special day for shipowners. This is discriminatory and unacceptable in the age of liberal egalitarianism. Without the people who own the ships, the worldwide unemployment rate for seamen would be 100%. It would be interesting to see what slogans the International Maritime Organization (IMO) will come up with.

How many heads and senior officials of maritime academies have read the full text of the International Convention on Standards of Training, Certification and Watchkeeping for Seafarers, 1978? New legislation is needed to oblige them to do so. It is sheer hypocrisy for them to expect everyone to follow the STCW standards if they themselves are ignorant.

Marine art in maritime offices instead of ISO certificates

This may be asking for the moon. An ISO certificate is a badge of honour for companies. On the other hand, a beautiful seascape hanging on the office wall would be a sign that the CEO is a cultured person and not a Lombard (Lots of Money But a Real Dick).

A Happy New Year to all ye readers of Marine Café Blog. May your wishes come true no matter how odd or outlandish.