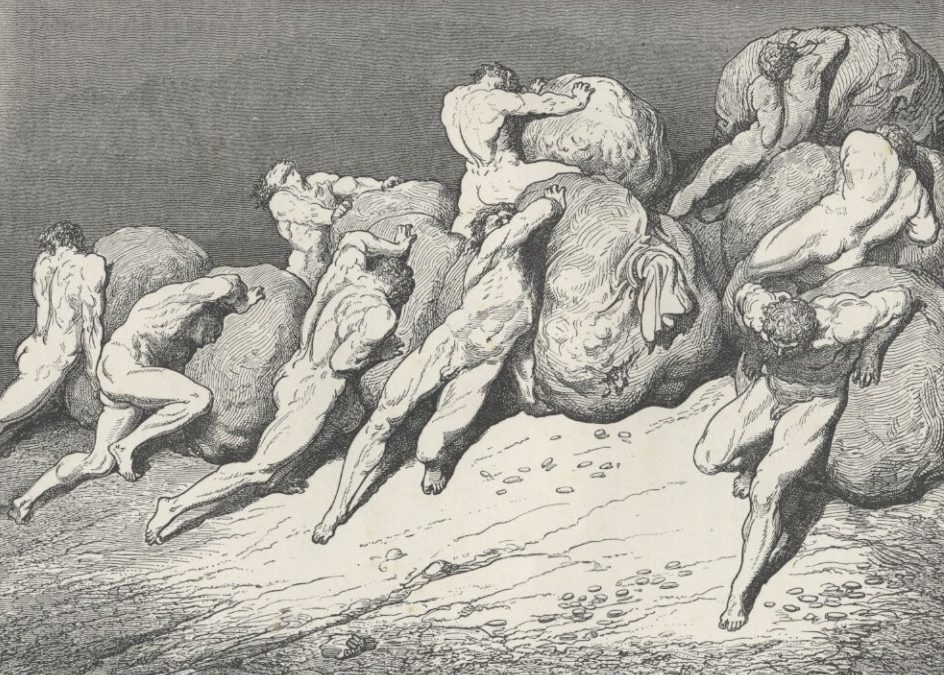 There is a culture of greed in maritime Manila which reminds me of Gustave Doré‘s drawing (pictured above) of the greedy and indulgent pushing rocks in Dante’s Inferno. The caption reads:

Not all the gold that is beneath the moon,
Or ever hath been, of these toil-worn souls
Might purchase rest for one.

Not all have succumbed to the greed. I have known a few spirits whose kind-heartedness and generosity have helped preserve my faith in humanity. However, many folks, particularly in Manila’s manning community, have capitulated to Mammon, to the siren call of money. The following are two of my personal encounters with them, both excerpted from my e-book, Close Encounters in Maritime Manila: 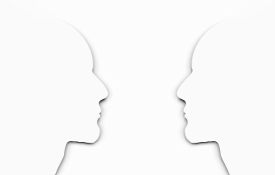 Encounter 1: A journalist in love with money

I remember one afternoon when I had coffee with Ms. K. in the lobby of a large hotel in Manila. She was a journalist who had previously worked in Hong Kong. Given her background and evident interest in culture, I started hoping that we could become good friends. I even entertained the idea that we were kindred spirits whose paths were fated to cross.

After coffee, we walked together toward the block of flats where she lived, which was some distance away. The sun was almost setting by the time we reached the narrow road leading to her place, so I offered to treat her to an early dinner at a restaurant.

It did not take long for our orders to be laid on the table. We did not talk much as we partook of our meal. After we stepped out of the eatery, I was walking two steps ahead of her when she suddenly quickened her pace and tugged at my arm.

“Do you know how much tip you gave the waiter?” she asked. I thought it strange that she would bring up the matter.

“I think I gave 50 pesos,” I replied, a little embarrassed.

The amount was equivalent to a little less than one U.S. dollar and about ten per cent of our bill. It seemed to me quite reasonable. But after seeing the expression on her face, a look that said I had tipped excessively, I muttered something about the food being excellent and the waiter giving commendable service. That calmed her down, but it was silly that I had to explain a trivial matter involving money.

I felt like the protagonist in the novel L’Étranger (The Stranger) by the French author and philosopher, Albert Camus: an outsider, a cultural misfit, a spiritual expatriate in my own country. At that moment, I saw Ms. K. gradually recede, the gulf that separated us widening and widening until she shrank to a dot on the horizon, like a ship that had departed. It was a friendship that was never meant to be. (from CHAPTER 1: The Great Money Chase)

I hate to use a colourful Filipino term but it describes many Filipinos, rich and poor alike: patay-gutom. The expression, a combination of patay (dead) and gutom (hungry), literally means a greedy person who acts as though he or she is close to starvation. Its connotes a strong craving for money or material gain coupled with a strong fear of being deprived.

The word is offensive and grating to the native ear, but it would cross my mind after I was invited by Captain F. to the blessing of his manning company’s new offices.

Captain F. had as one of two guests of honour Mr. H, a manning executive known to all and sundry. Office blessings are usually stodgy affairs, but this one had a fascinating twist. After the priest sprinkled holy water in the rooms upstairs, company staff and guests trailing behind him with lighted candles, everyone walked back down to the lobby for the traditional tossing of the coins.

Lo and behold, Mr. H. was the first to dash for it. He was down on all fours, grinning as he picked up the coins scattered on the floor and put them in the pocket of his elegantly tailored business suit.

The popular belief is that the more coins you catch during the blessing ceremony, the greater the fortune in store for you. But surely, I thought, one need not appear so undignified when seeking prosperity and good luck from the gods. The sight of Mr. H. gathering up the coins like a starved capuchin monkey was forever etched on my mind.  (from CHAPTER 1: The Great Money Chase)

READ MORE real-life stories in Close Encounters in Maritime Manila, all of which serve as windows to Filipino maritime culture and society at large. For details, click here.