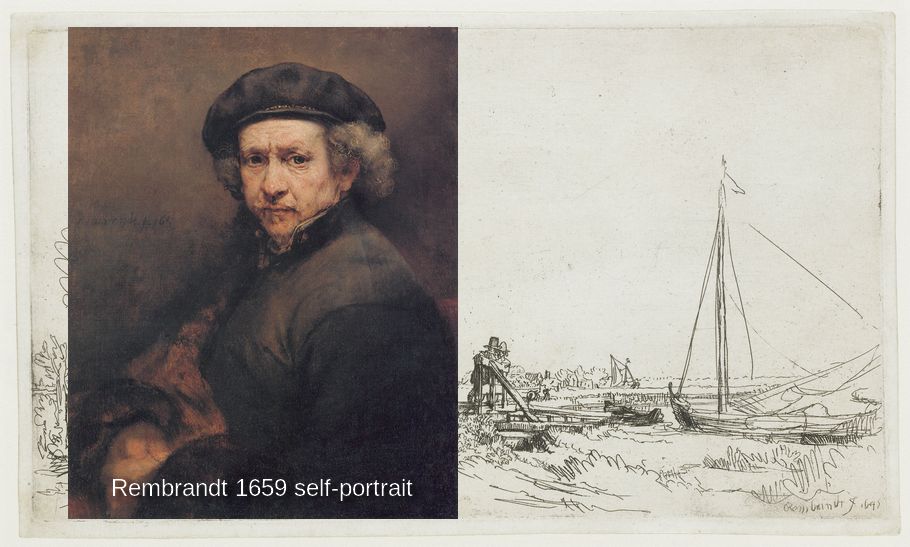 The 17th-century Dutch artist Rembrandt van Rijn painted only one seascape. It bears the Dutch title ‘Christus in de storm op het meer van Galilea’ (Christ in the storm on the sea of Galilee). Done in 1633, the oil painting was inspired by the story from the Gospel of Mark about Christ calming a storm.

This is not so surprising. Religious subjects, mythological characters, and portraits make up the bulk of Rembrandt’s oeuvre. But how one wishes that he had created more sea paintings. The Dutch, after all, have a longstanding affinity with the sea. And Rembrandt certainly was no stranger to the water. He was born in 1609 in Leiden, a town traversed by a river and several canals. In his mid-twenties, he moved to the port city of Amsterdam, where he died in 1669.

Thankfully, a few of Rembrandt’s etchings and drawings show boats and bodies of water. That such works have been preserved should give lovers of marine art enough reason to rejoice. 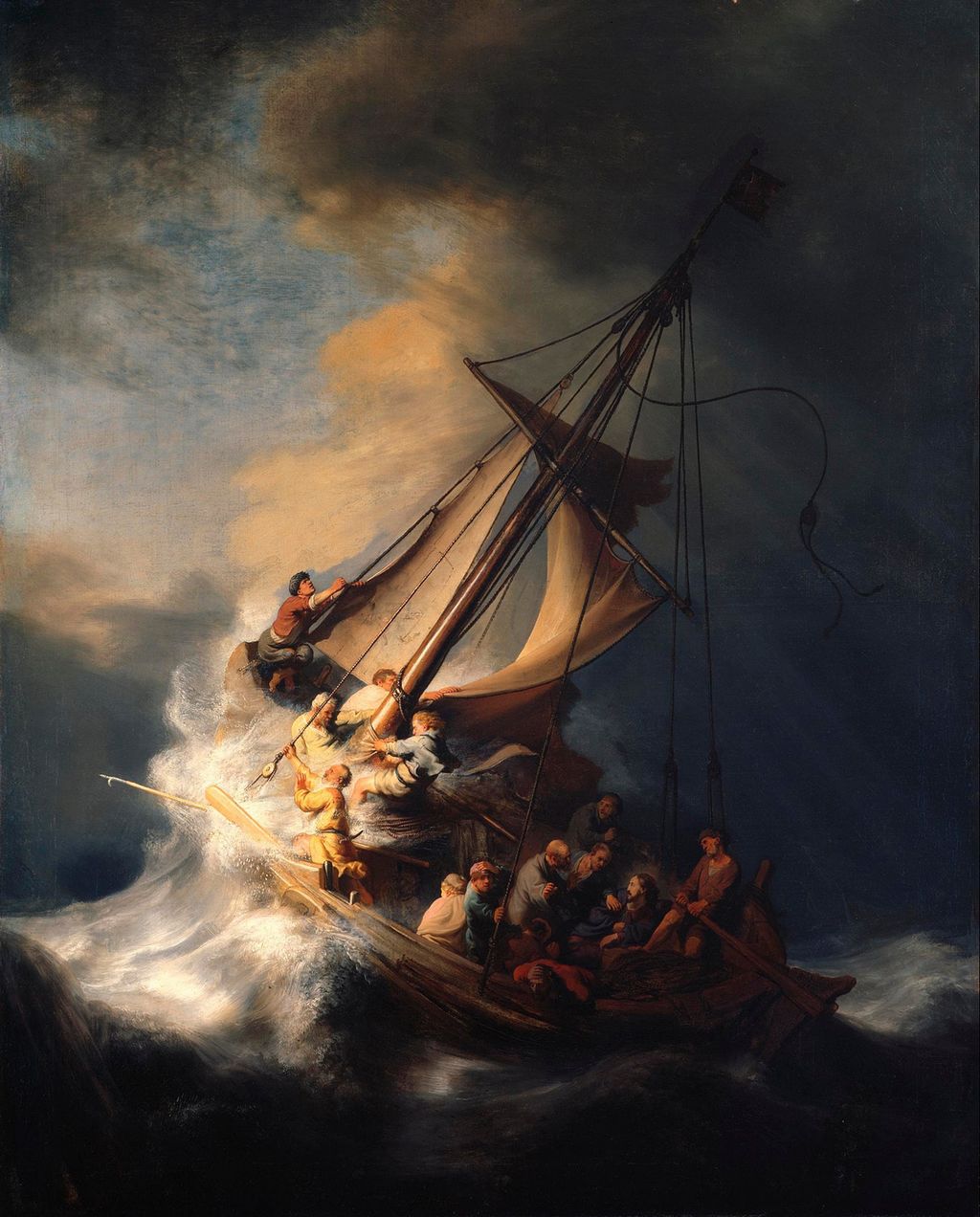 Christ in the storm on the Sea of Galilee, 1633
Rembrandt van Rijn (Dutch, 1606–1669)
Courtesy of WikiArt: Visual Art Encyclopedia.

For the most part, Rembrandt’s painting is faithful to the Biblical story. Jesus Christ is shown sleeping on a cushion at the stern as the storm rages and his disciples are gripped with fear. But a closer look will reveal that 13 men are on the boat aside from Jesus, who had only 12 disciples. Rembrandt had injected himself into the scene as the bearded man pulling on one of the ropes supporting the mast.

As a Dutchman, Rembrandt could not completely ignore boats and bodies of water in his art. These elements, however, often comprised only part of a landscape. Apparently, Rembrandt’s main interest was in showing how ordinary Dutch people lived in the rural villages of his time. The last of the following 10 works is different from the rest. It is an allegorical etching with a historical reference. 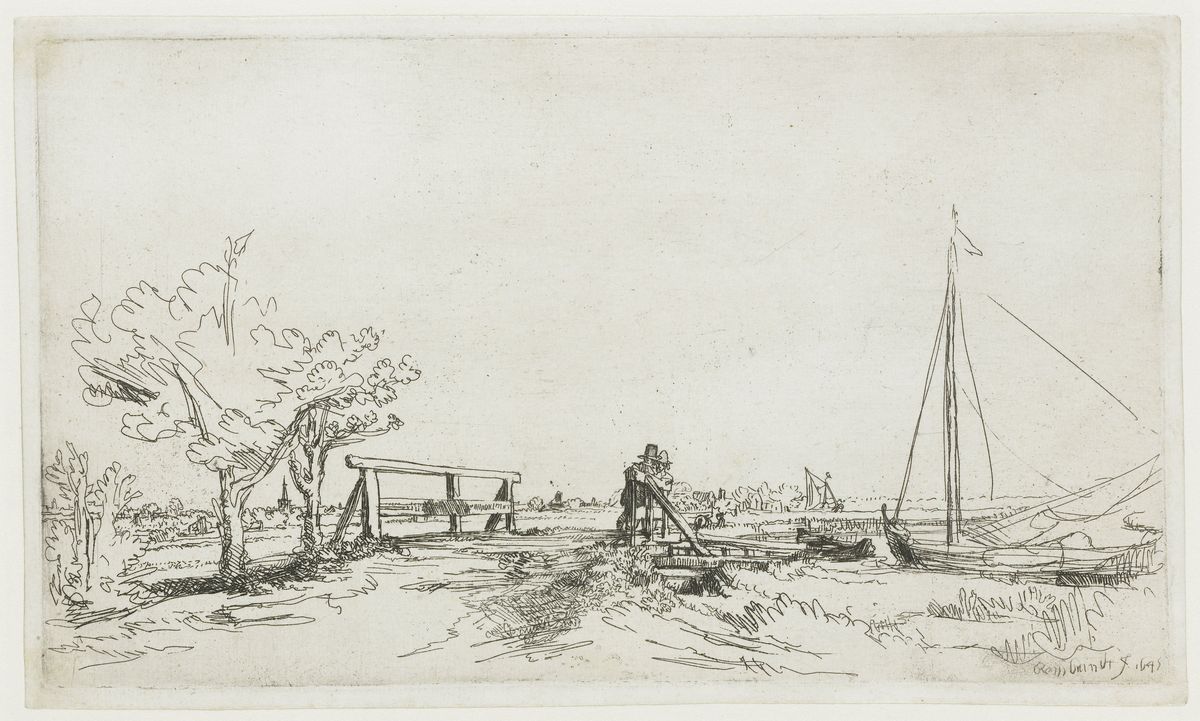 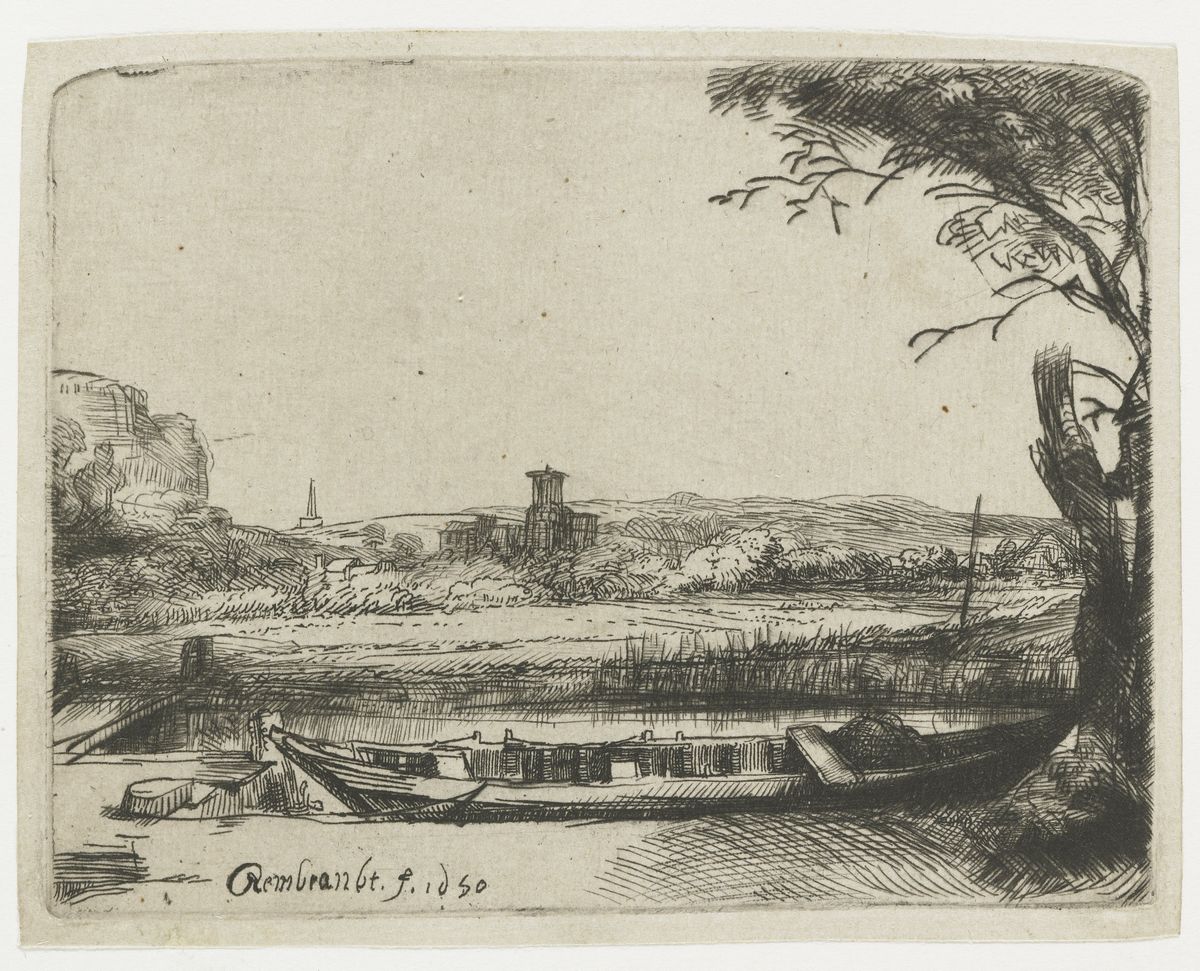 Canal with a Large Boat and a Bridge, 1650
Etching and drypoint
Rembrandt van Rijn (Dutch, 1606–1669)
Courtesy of Rijksmuseum, Amsterdam 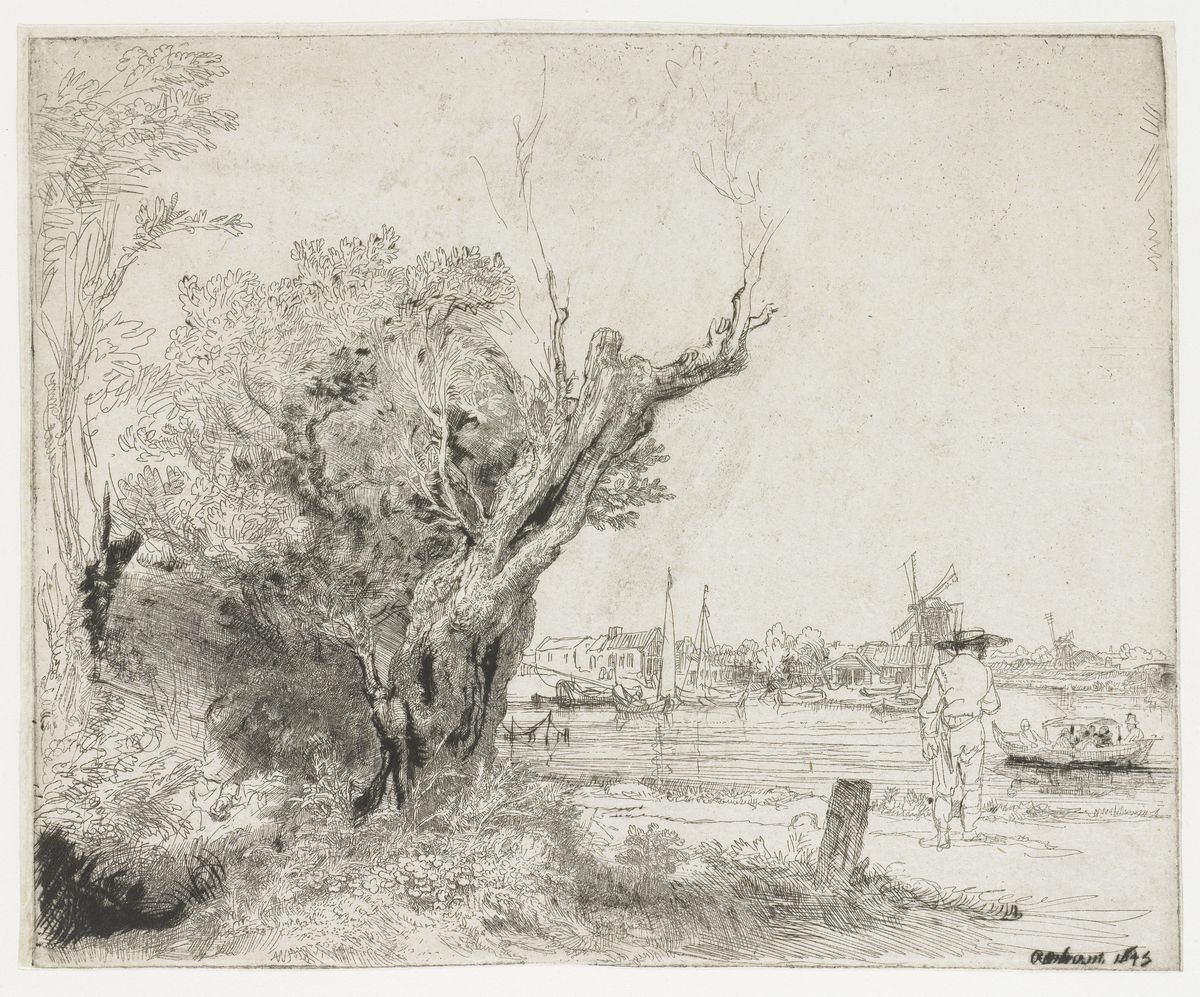 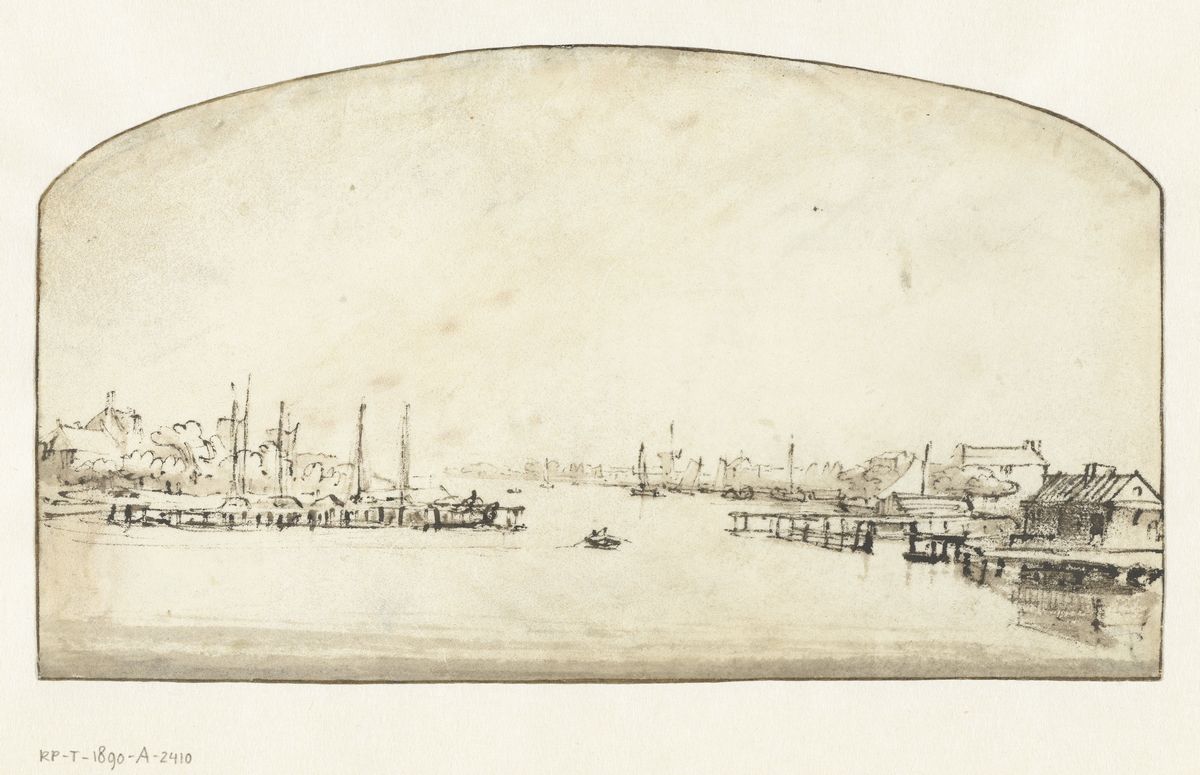 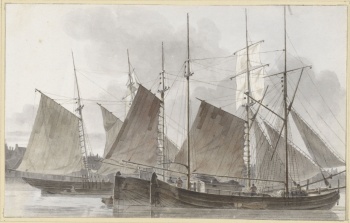 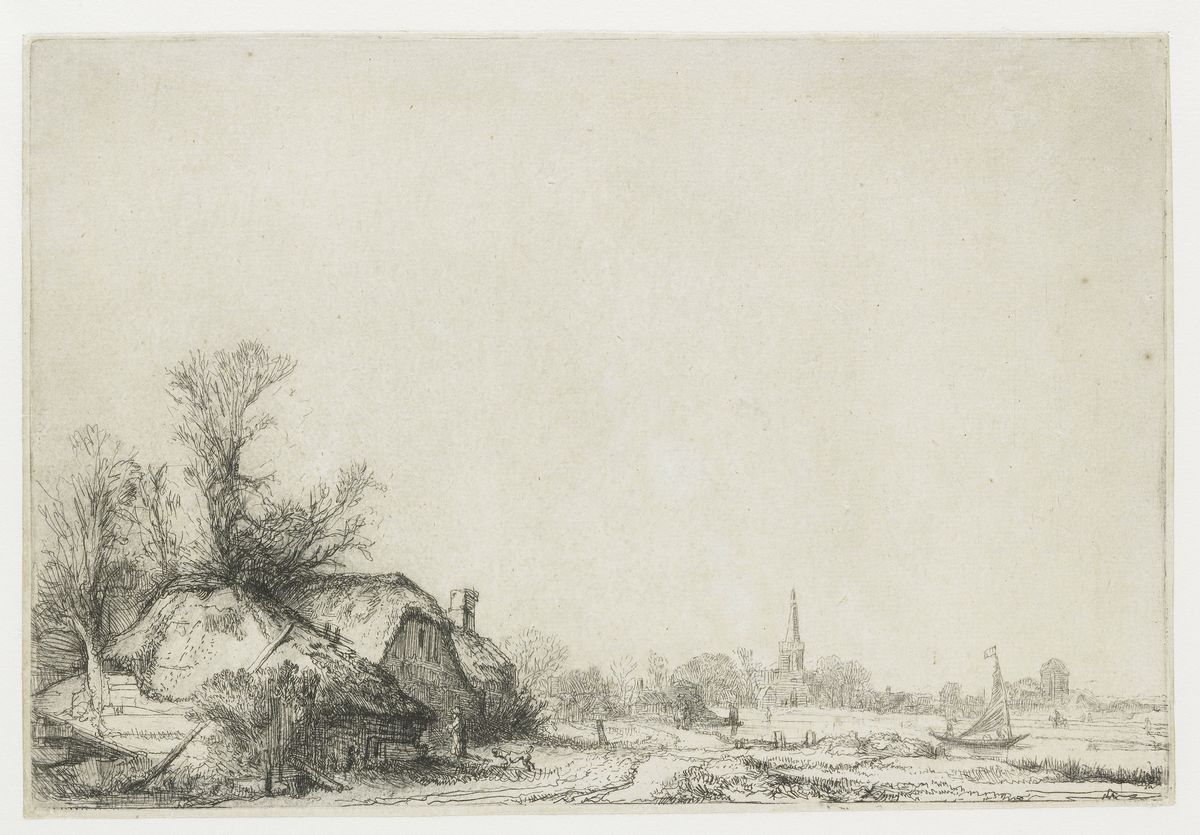 Cottage beside a Canal with a View of Ouderkerk, c. 1641
Etching and drypoint
Rembrandt van Rijn (Dutch, 1606–1669)
Courtesy of The Metropolitan Museum of Art 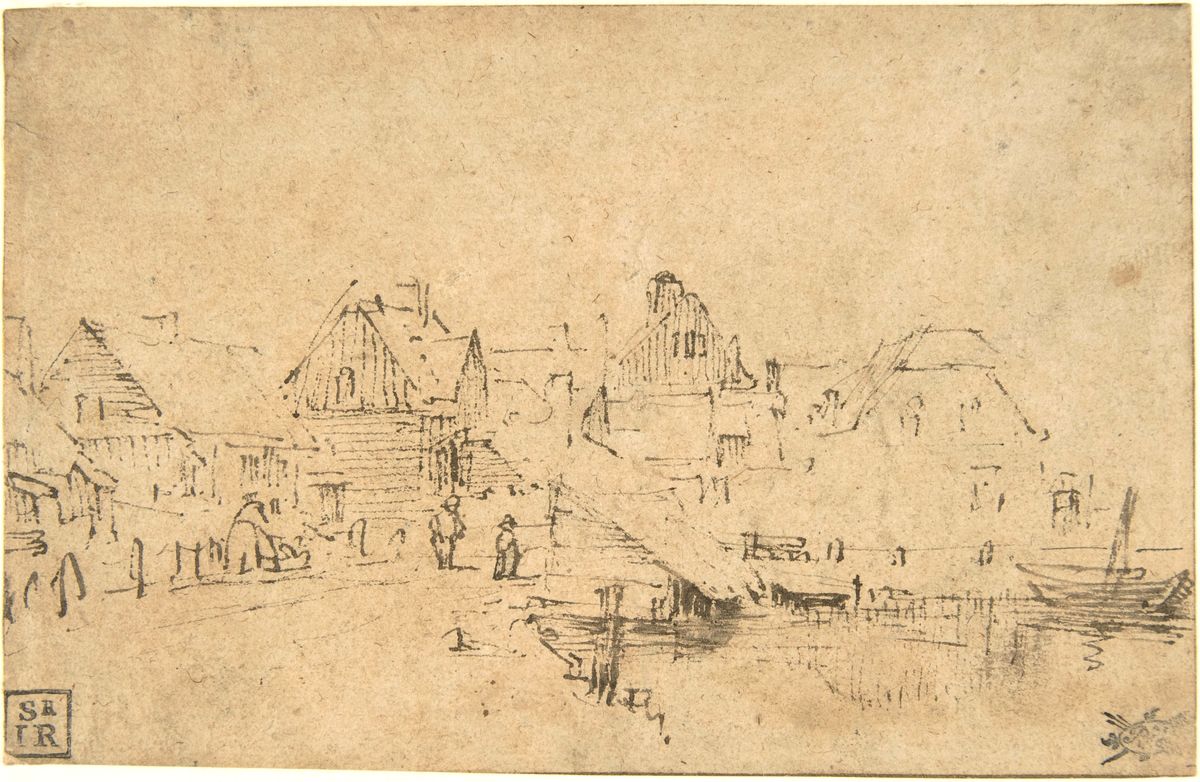 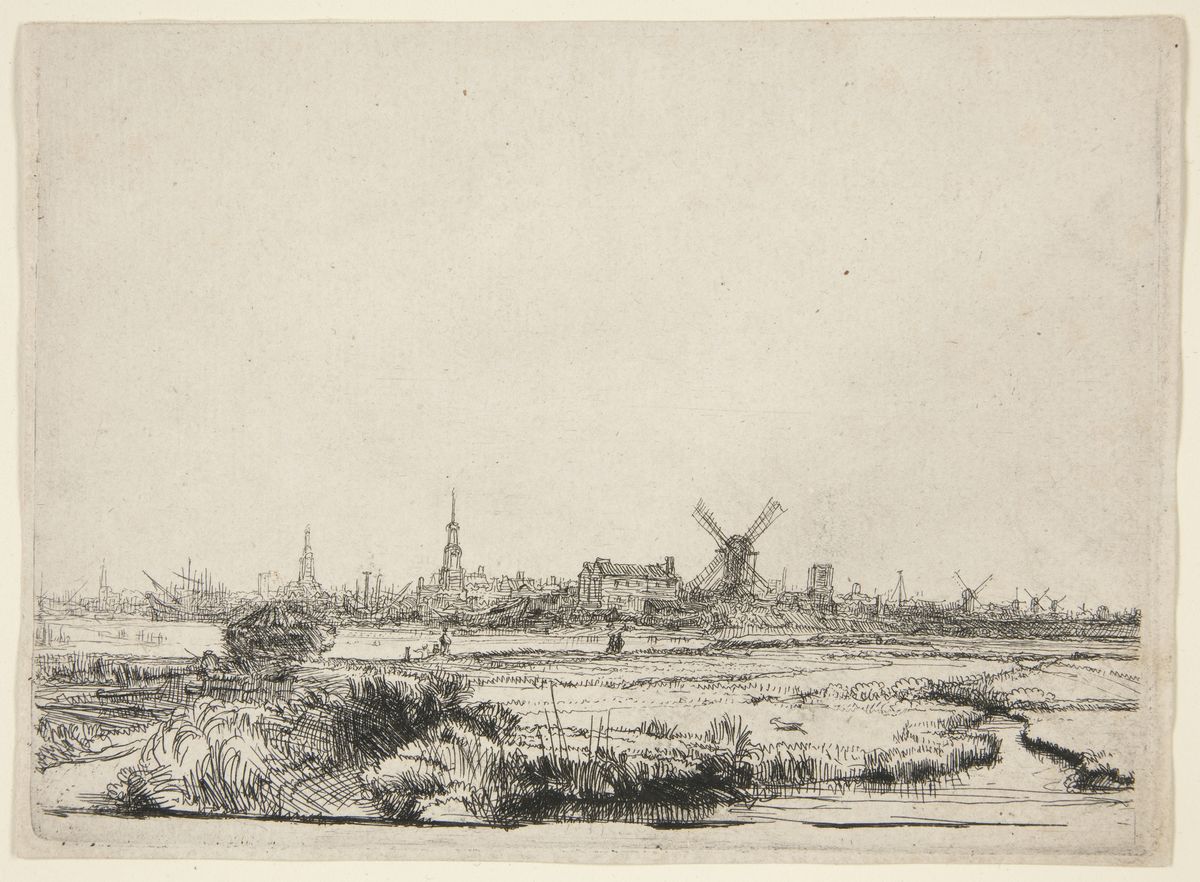 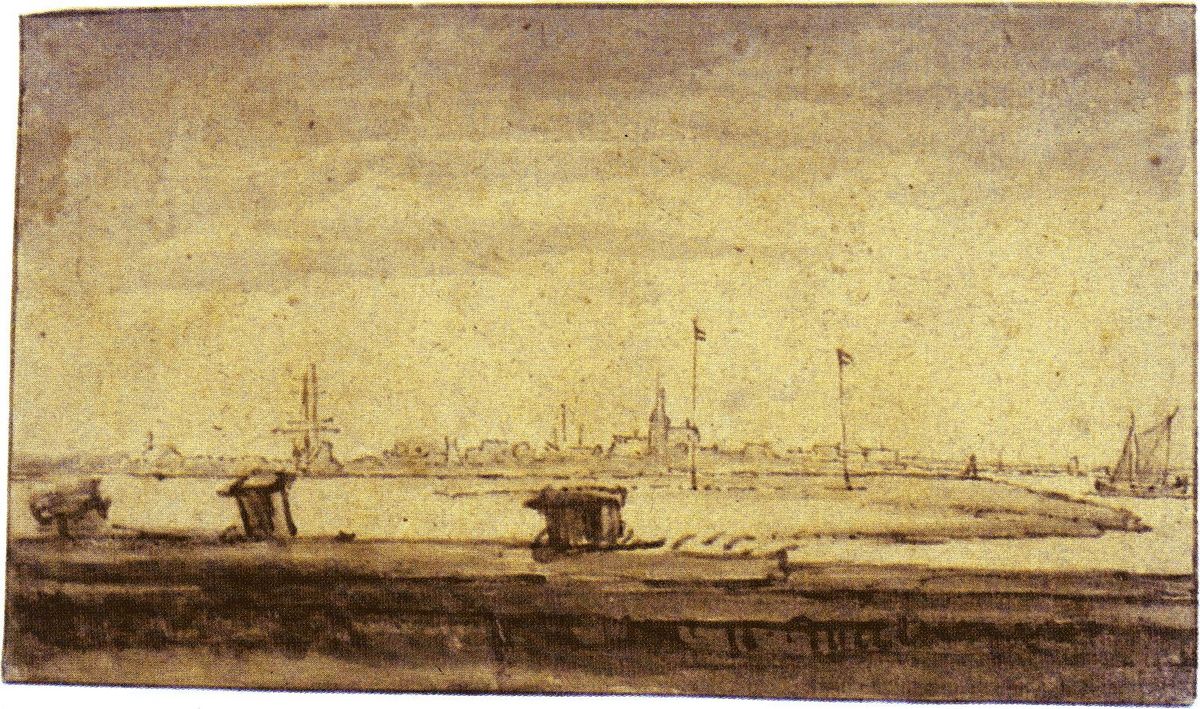 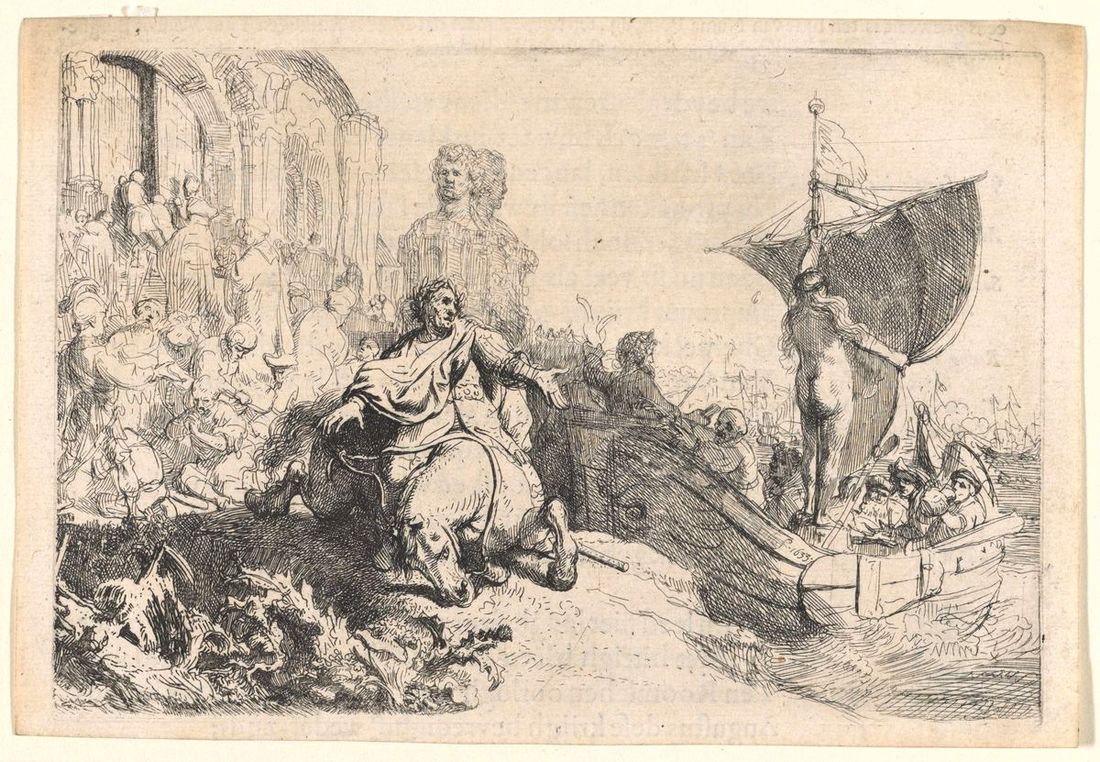 The Ship of Fortune, 1633
Etching
Rembrandt van Rijn (Dutch, 1606–1669)
Courtesy of the Minneapolis Institute of Art

The Minneapolis Institute of Art annotation to this work provides some interesting information:

Rembrandt occasionally received requests to illustrate books. This allegorical etching appeared in Elias Herckman’s “Der Zee-Vaert Lof,” a verse history of seafaring exploits that extended back to Noah and the Ark. The undulating baroque composition is a complex evocation of Augustus’s defeat of Marc Antony. Weary of battle, the horse sinks to the ground. The event ushered in an era of peaceful maritime trade. Rembrandt gave himself a cameo role, using his own likeness for the image of Janus, the two-faced god whose temple was closed to mark the arrival of peace in Rome.