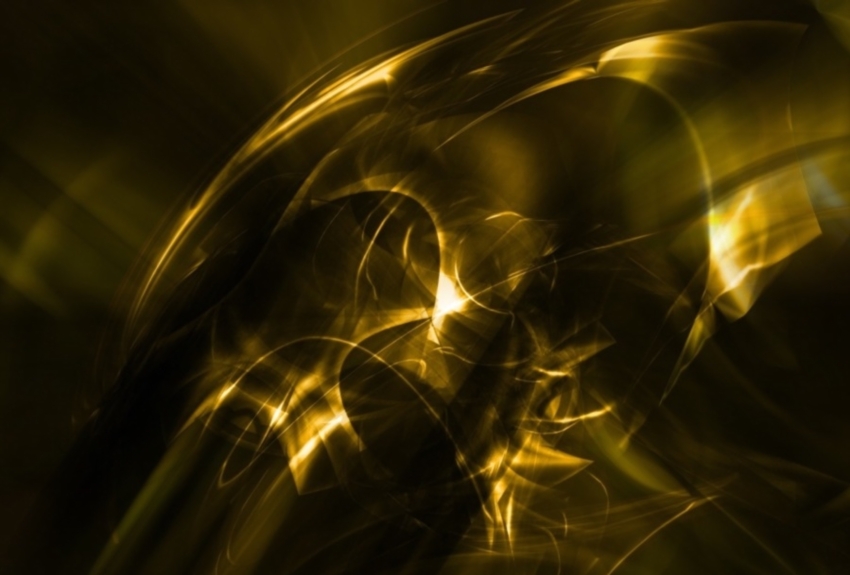 The past is never dead. It’s not even past.

~ William Faulkner (from ‘Requiem for a Nun’)

Of late I have been enamoured with maritime photos dating back to the late 1800s and early 1900s. It is not only the long gone social milieu they depict that fascinates me. It is the honesty and the rawness of the images. They are a glad reminder of the time when photographers made picture taking all about the picture, not about themselves.

Back then, photographers had to lug around bulky equipment and live with the limitations of the existing camera technology. But as the following photos show, this did not hinder the skilled ones from producing works that still pique our interest today and even impress us. 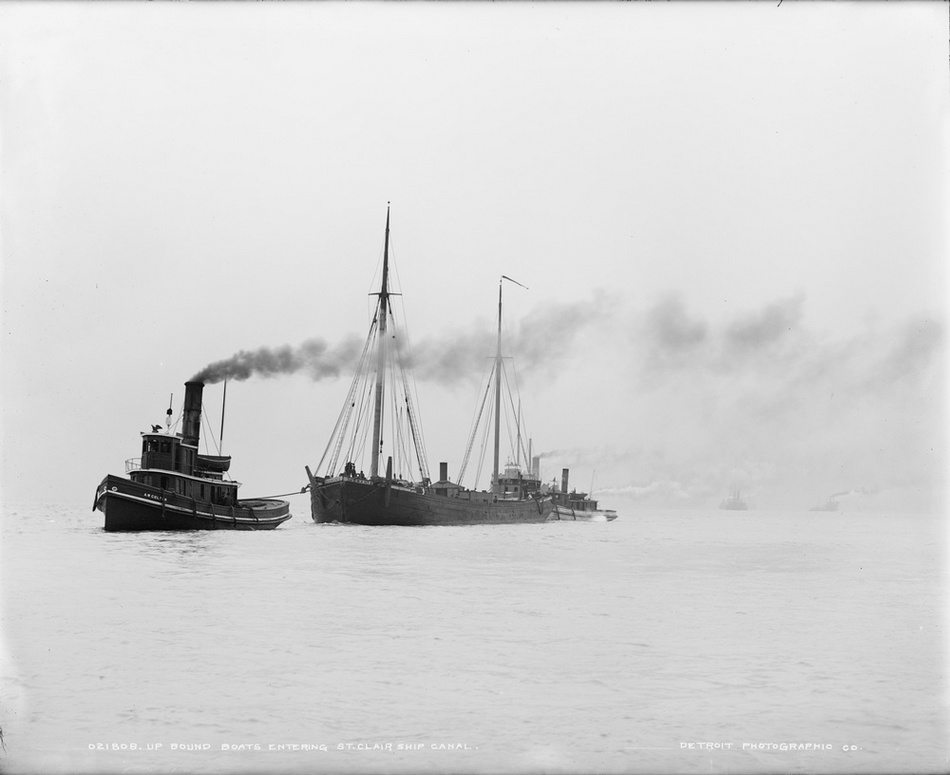 Then as now, tugboats were the workhorses and tugboat captains the unsung heroes of shipping. This minimalist photo shows a tug pulling a ship several times it size. It brings to mind Oriental ink and wash paintings such as ‘Landscape in Moonlight‘, a 16th-century scroll painting by the Japanese zen monk and artist, Sesson Shukei. 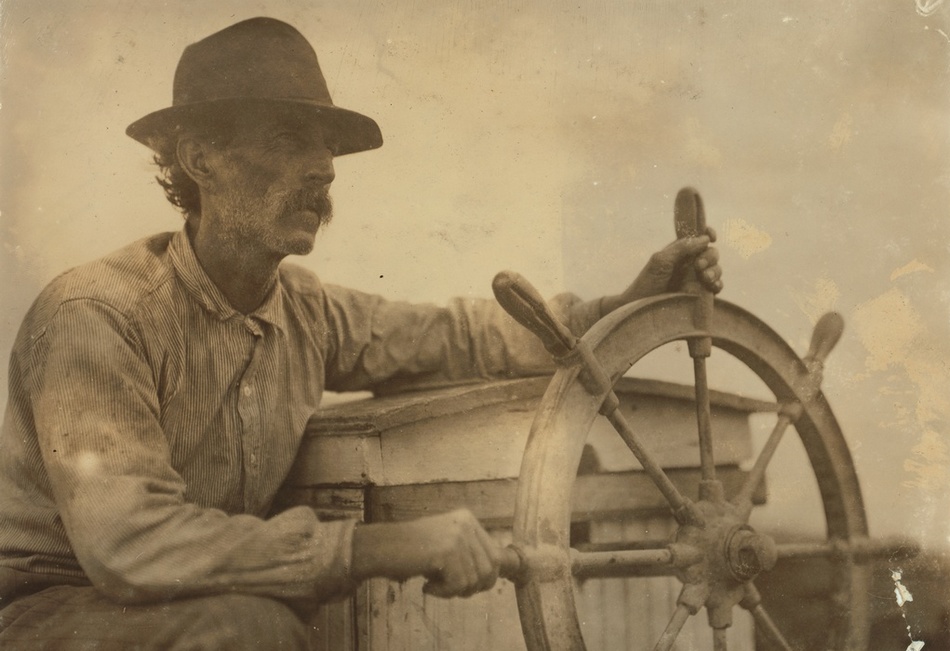 The atmosphere and the barge captan’s facial expression make this one of the most iconic shots ever taken of old salts. Lewis Hine was an American sociologist who used his camera as a powerful tool for social commentary. His empathy for the American working class in the early 20th century is evident in many of his pictures, not least of all in this one. 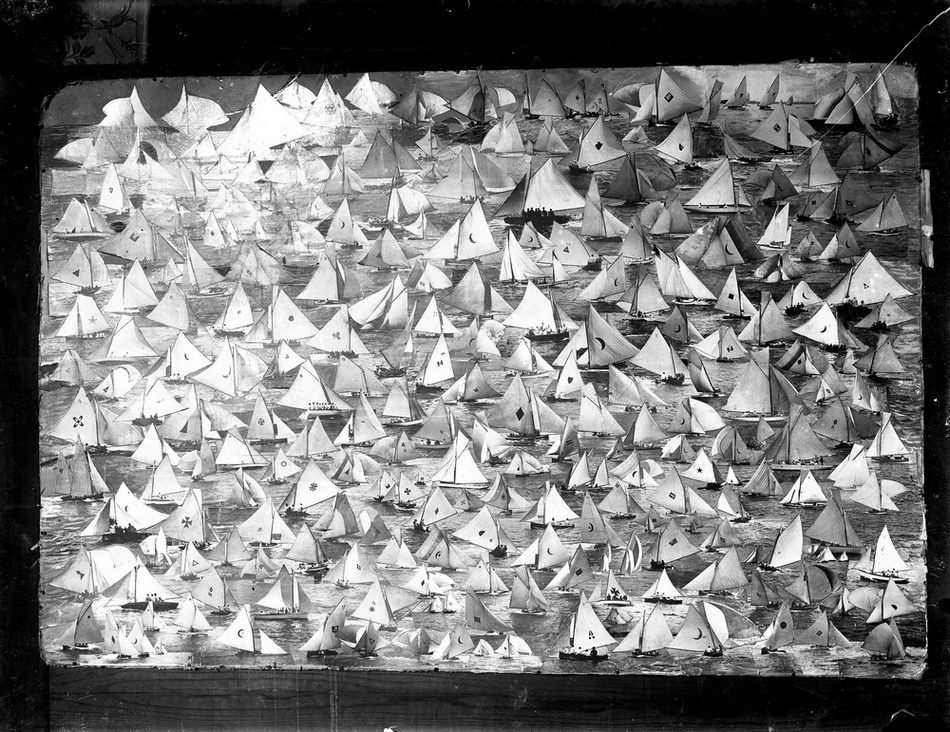 This stunning montage wonderfully captures the Australian passion for boating. It is part of the collection of photos by William J. Hall and his father William Frederick Hall, who both documented recreational boating in Sydney Harbour from the 1890s to the 1930s. 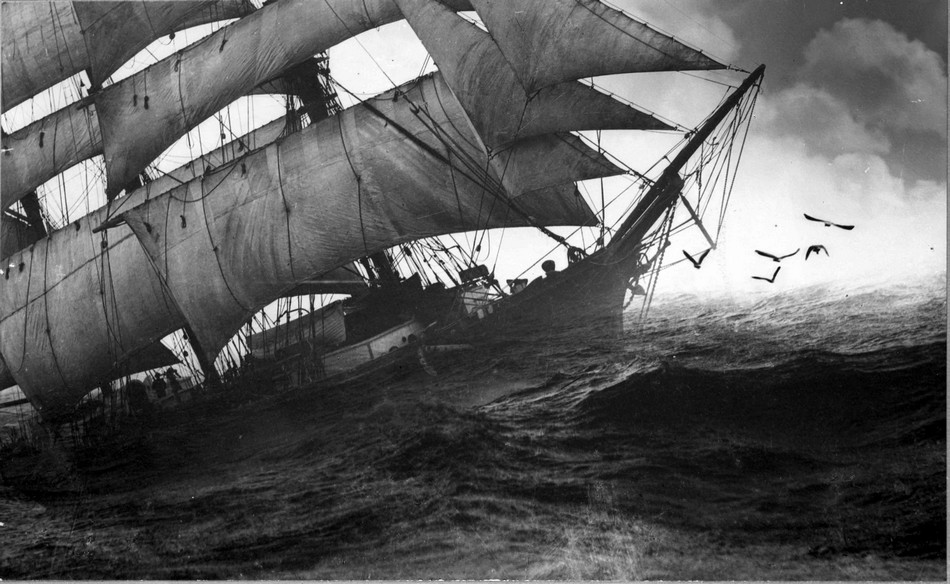 Despite the technical limitations of the time, this picture, also from the famed William Hall collection, shows that photography can rise to the stature of fine art. 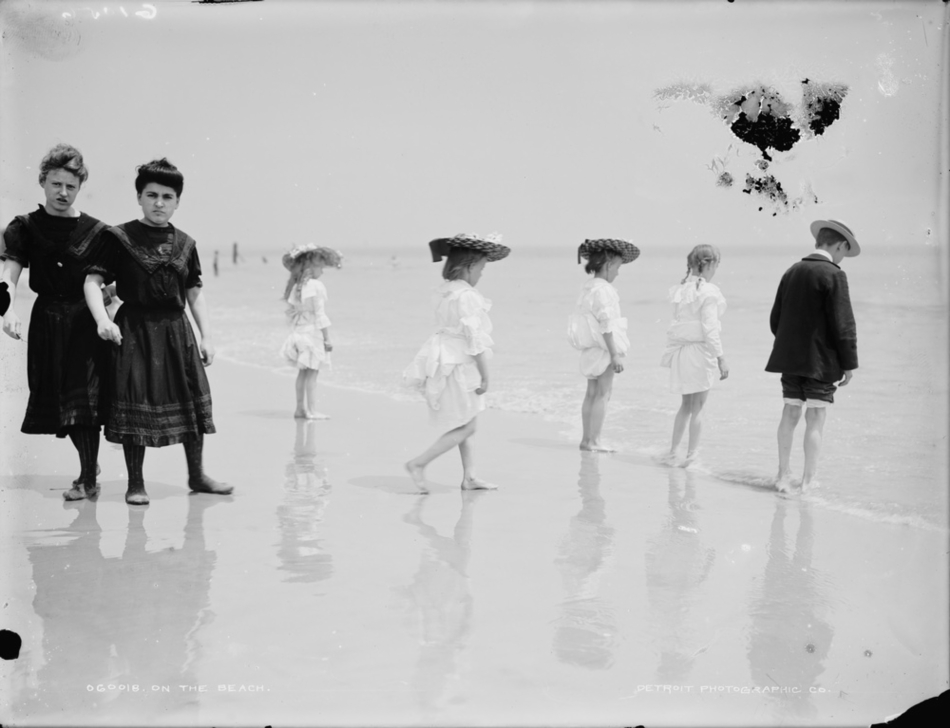 Forget the stains and tears. This photo is remarkable for its composition and its human interest. The five barefoot children prepare to wade in the water with seeming hesitance as the two older girls standing on the left give the photographer a serious and annoyed look. 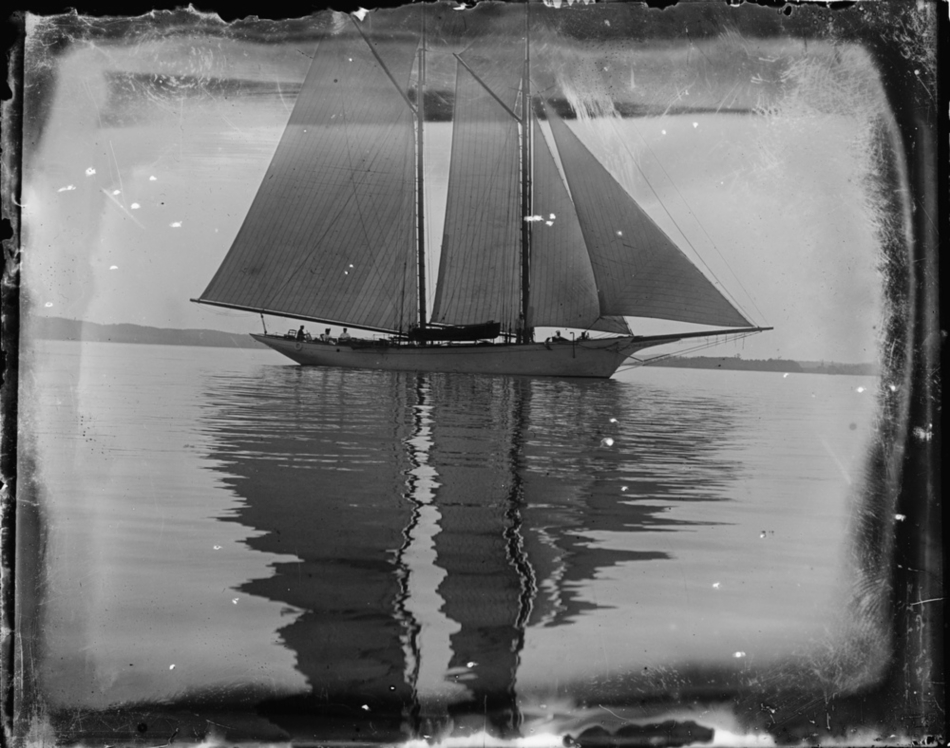 Sometimes the ravages of time can add to a photograph’s appeal. In this time-worn glass negative, the boat looks like a ghost from the past, albeit a beautiful ghost. 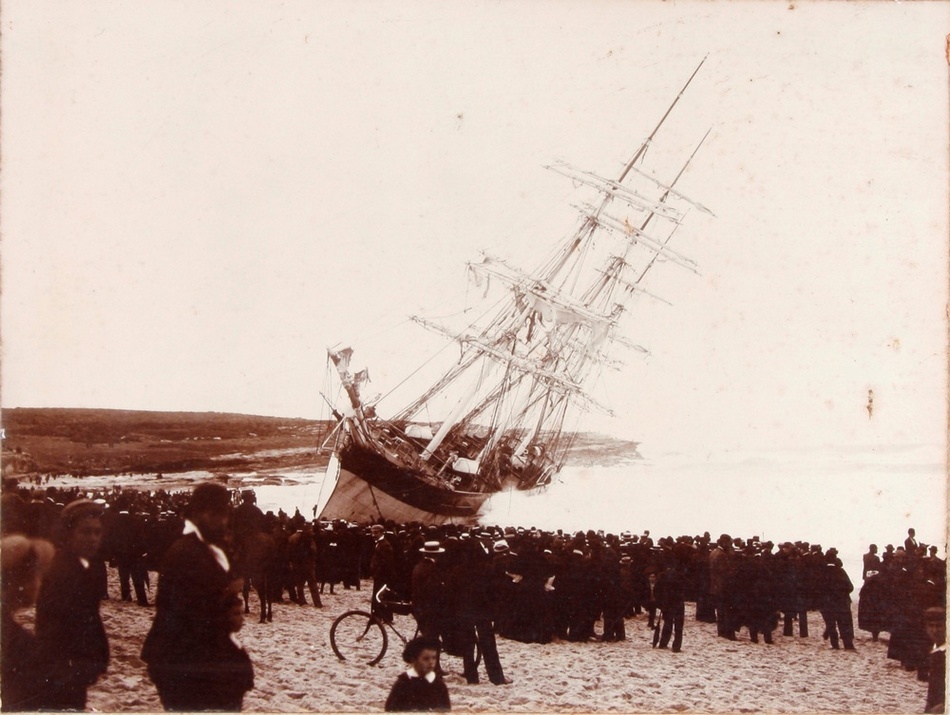 The crowd of onlookers seem like mourners attending a funeral. They were amongst the thousands who trooped to Sydney’s Maroubra Beach to see the wreck of the Hereward. The full-rigged, 1,513-tonne iron clipper encountered a storm and was blown toward the shore on 5th May 1898. Needless to say, professional and amateur photographers had a field day. 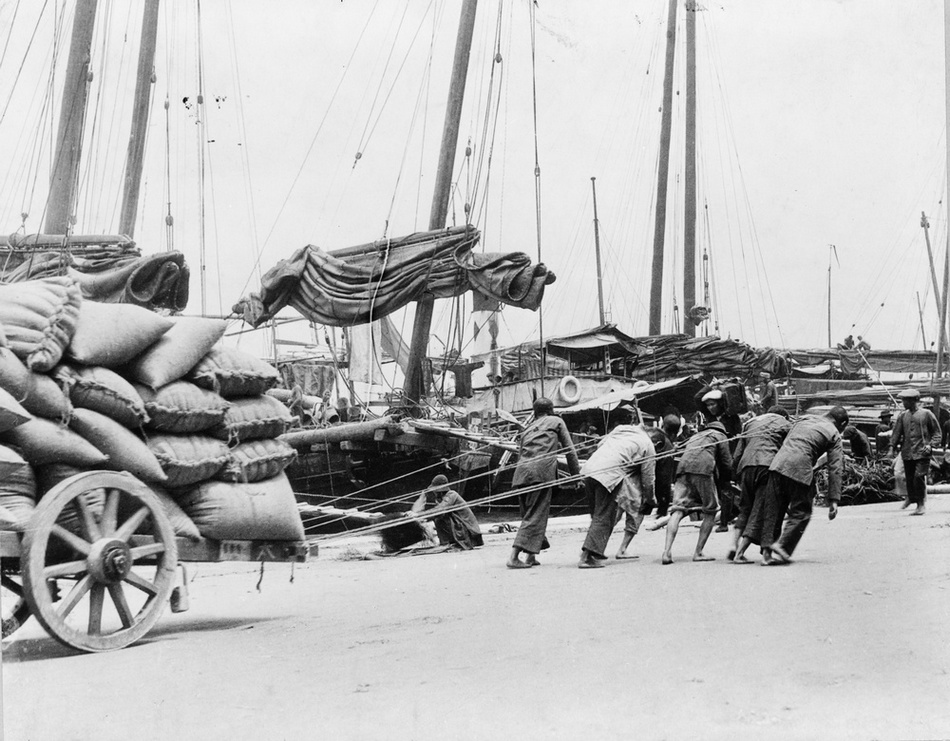 The sight of five barefoot Chinese men pulling a cart on the waterfront tugs at the heart. It as though each one of them is carrying a heavy cross on his shoulder. 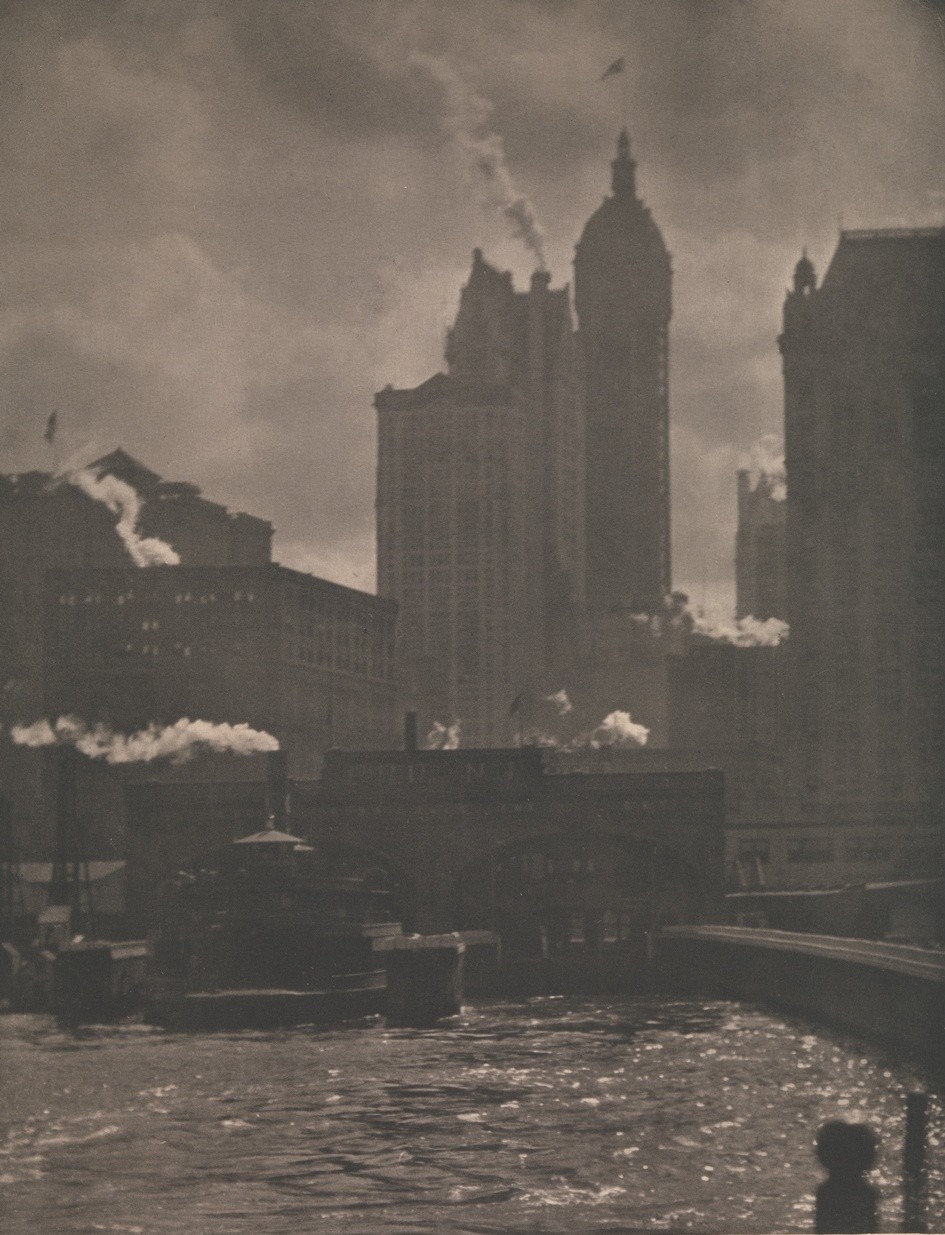 Alfred Stieglitz zealously promoted photography as a fine art. He certainly provided a good example in this picture of New York City’s waterfront and tall buildings. The mood is sombre but not laid-back. The billows of smoke rising from the top of the buildings coupled with the sparkling ripples in the water suggest a city that is full of energy and ambitious spirits. 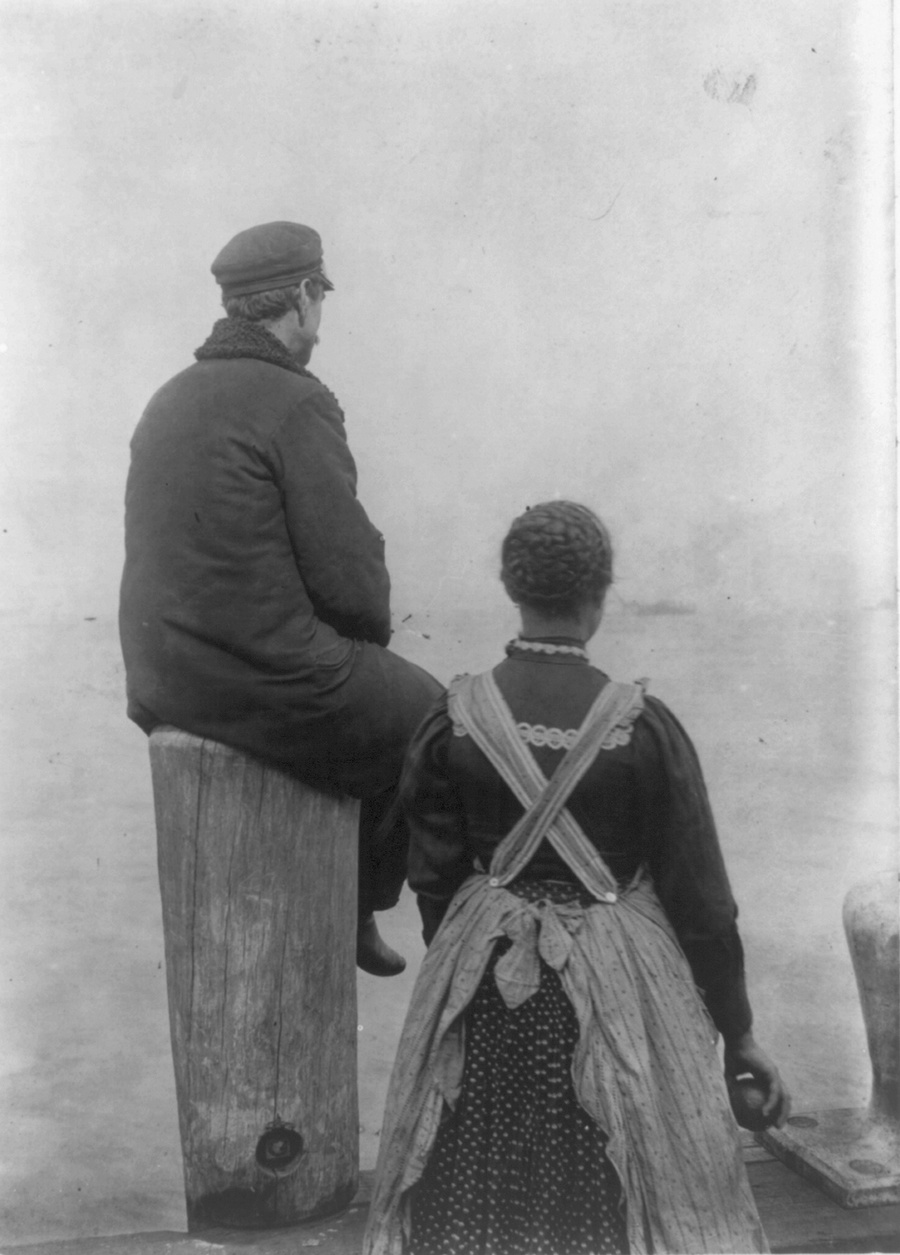 A man and a woman look toward the fog-dimmed shore from the dock of Ellis Island in New York Harbor — the early gateway for millions of immigrants to the U.S. It is a poigant reminder that America became a great nation on the back of hardworking folks from other lands.

10 great maritime photos from long ago