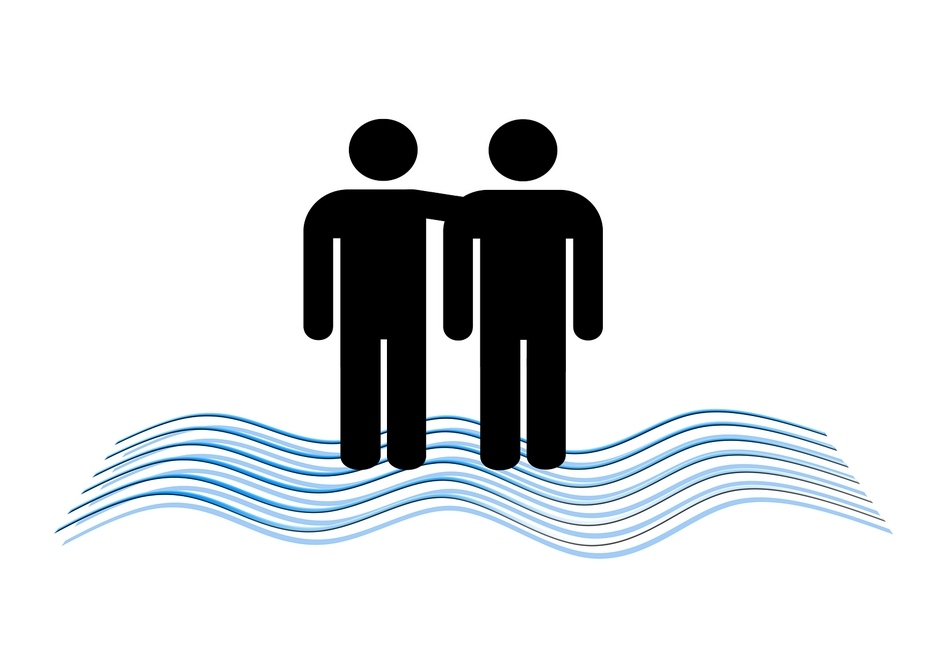 One of the best definitons of empathy comes from the Psychology Today website: “Empathy is the ability to recognize, understand, and share the thoughts and feelings of another person, animal, or fictional character.”

Sounds simple enough. Yet, what may be regarded as one of the noblest of human traits is in short supply in the shipping world. One only has to look at the continued objectificaton and abuse of seafarers amidst — quite ironically — all the talk about their rights and welfare. The following quotes should remind us all about the value of empathy in the cold, mechanistic world of shipping.

I did not know what to say to him. I felt awkward and blundering. I did not know how I could reach him, where I could overtake him and go on hand in hand with him once more.

It is such a secret place, the land of tears.

— William Blake, ‘On Another’s Sorrow’, Songs of Innocence and of Experience (1789)

Now, how is it possible that trouble which is not mine, and by which I am untouched, should become as direct a motive to me as if it were my own, and incite me to action? … only through the fact that, although it comes before me merely as something outside myself, by means of the external medium of sight or hearing; I am, nevertheless, sensible of it with the sufferer; I feel it as my own, not indeed in myself, but in him.

— Arthur Schopenhauer, On the Basis of Morality (1840)

It is true that I am endowed with an absurd sensitiveness; what scratches others tears me to pieces.

It contributes greatly towards a man’s moral and intellectual health, to be brought into habits of companionship with individuals unlike himself, who care little for his pursuits, and whose sphere and abilities he must go out of himself to appreciate.

Those who choose not to empathise enable real monsters. For without ever committing an act of outright evil ourselves, we collude with it, through our own apathy.

— J.K. Rowling, The Fringe Benefits of Failure, and the Importance of Imagination (Commencement Address at the Annual Meeting of the Harvard Alumni Association, 2008)

Sympathy is the purest expression of the social feeling. Whenever we find sympathy in a human being we can in general be sure that his social feeling is mature, becausethis affect allows use to judge how far a human being is able to identify himself with his fellow men.

Perhaps more wide-spread than this affect itself, is it conventional misuse. This consists in posing as an individual who has great deal of social feeling; the misuse inheres in its exaggeration. Thus there are individuals who crowd to the scene of a disaster in order to be mentioned in the newspapers, and achieve a cheap fame without actually doing anything to help the sufferers. Others seem to have a lust for tracking down another’s misfortune. Professional sympathizers and alms-givers are not to be divorced from their activity for they are actually creaing a feeling of their own superiority over the miserable and poverty-stricken victims whom they are alleged to be helping.

Sometimes at midnight, in the great silence of the sleep-bound town, the doctor turned on his radio before going to bed for the few hours’ sleep he allowed himself. And from the ends of the earth, across thousands of miles of land and sea, kindly, well-meaning speakers tried to voice their fellow-feeling, and indeed did so, but at the same time proved the utter incapacity of every man truly to share in suffering that he cannot see.

I understand the large hearts of heroes,
The courage of present times and all times,
How the skipper saw the crowded and rudderless wreck of the steam-ship, and Death chasing it up and down the storm,
How he knuckled tight and gave not back an inch, and was faithful of days and faithful of nights,
And chalk’d in large letters on a board, Be of good cheer, we will not desert you;
How he follow’d with them and tack’d with them three days and would not give it up,
How he saved the drifting company at last,
How the lank loose-gown’d women look’d when boated from the side of their prepared graves,
How the silent old-faced infants and the lifted sick, and the sharp-lipp’d unshaved men;
All this I swallow, it tastes good, I like it well, it becomes mine,
I am the man, I suffer’d, I was there.
— Walt Whitman, Song of Myself (1892 version)

For a friend with an understanding heart is worth no less than a brother.