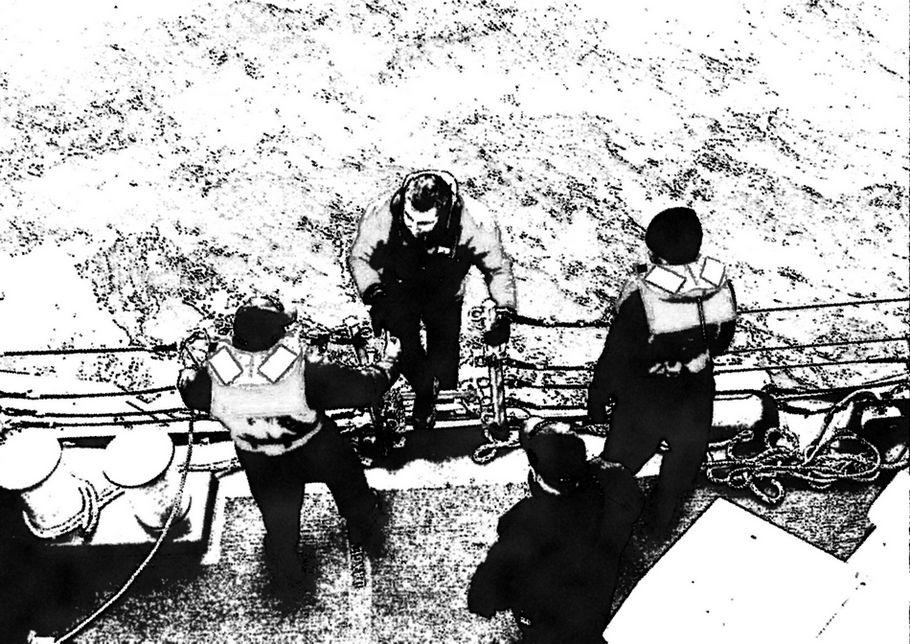 Today’s harbour pilots not only have to contend with the great risks inherent in their job. They also face increasing scrutiny over ther pay, the advent of autopilots and, not less important, the public’s lack of understanding of their profession.

The following quotes serve as reminders of the ardous training and qualification pilots have to undergo; the dangers posed by a fickle sea and faulty pilot ladders; and the noble heritage that underpins one of the world’s oldest maritime professions.

The casual looking pilot who comes aboard to take a great ocean liner into port is the successor to an honored heritage of course, skill and responsibility.

The pilot and master share a common purpose: Guiding the vessel safely to its berth or out to sea.

You know, our life is arduous, responsible, and hazardous. People on shore, I am sorry to say, very seldom recognise this. Not seeing us piloting ships through the streets of London, they think all we have to do is to get ourorders, and come on shore to cash them.

Few of those who have heard of, or have seen the trim pilot-boats of New York Bay are aware that a thorough preparatory education and experience is required of a New York pilot. Nor is it generally known how systematic is the organization of these pilots, and what hazards they must encounter in plying their vocation on the boisterous Atlantic.

The Sandy Hook Pilots have been around since 1694. When I joined as an apprentice in 1997, they didn’t have a person of color; I came in there not just as some token, but as someone who was just as good as everyone else. The five-year apprenticeship is long, hard, and low-paying. I had to ride 1,000 ships and draw nautical charts from memory. I had to earn my right to be there. 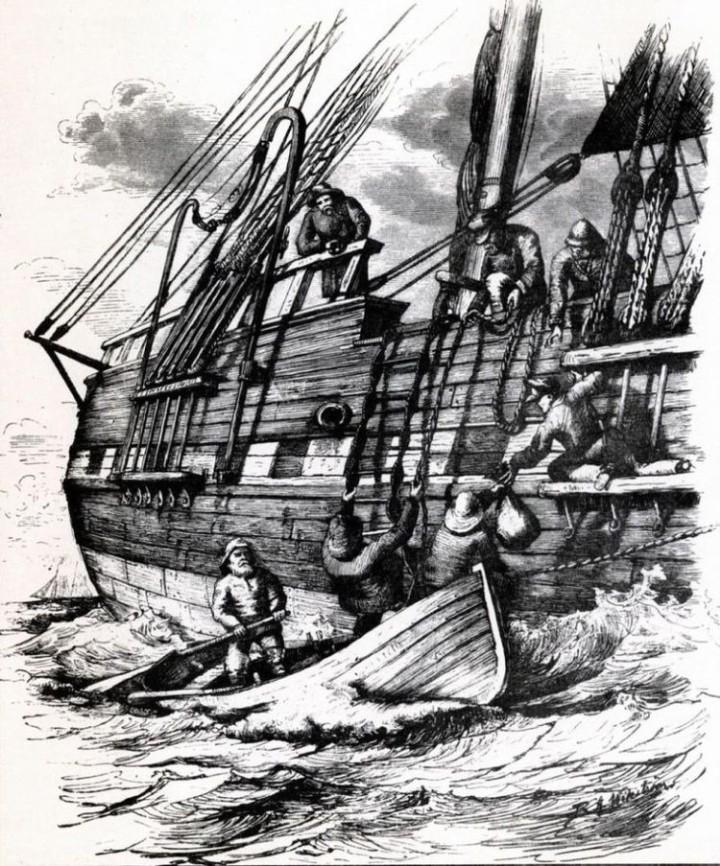 Pilot boards a schooner, 1882
Xylography after drawing by B. A. Wikström

Believe it or not: in a way fishermen are colleagues of maritime pilots. History tells us that certain characteristics of pilotage can be traced back all the way to ancient Greek and Roman times, when masters of incoming deep-sea vessels would engage experienced local fishermen to guide their vessels safely into the port. The similarity between the navigational know-how of local fishermen and maritime pilots still exists to this day: they both know the local fairways as no other seafarer does.

The Bristol Channel is one of the most difficult bodies of waters in the world to navigate, with violent seas, the second most powerful tides and attendant currents, and endless changing mud and sandbanks. To qualify for admittance to the ranks of pilotage took half a lifetime, and the boats matched the same degrees of excellence to which the men aspired.

Despite happening a thousand times a day all across the globe, despite myriad safety precautions, if you’re a harbor pilot, doing your job can kill you.

— Christopher Mim, Arriving Today: From Factory to Front Door — Why Everything Has Changed About How and What We Buy (2021)

Like any regular day, I put on my safety equipment as per international safety standards and departed the pilot boat by stepping on the pilot ladder. As soon as I stepped on the third step of the pilot ladder I heard a shout from the ship’s crew and had the horrific realisation that I was falling into the sea. The broken ladder started tumbling down and resulted in me falling between the ship and the pilot boat.

Harbor pilots are more important today than ever before as supply-chain snags foster shipping container shortages and delays.

Enter the world of harbour pilots in vintage photos 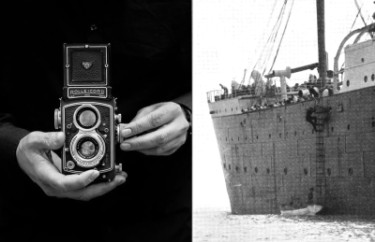