How to steal millions from seafarers and get away with it 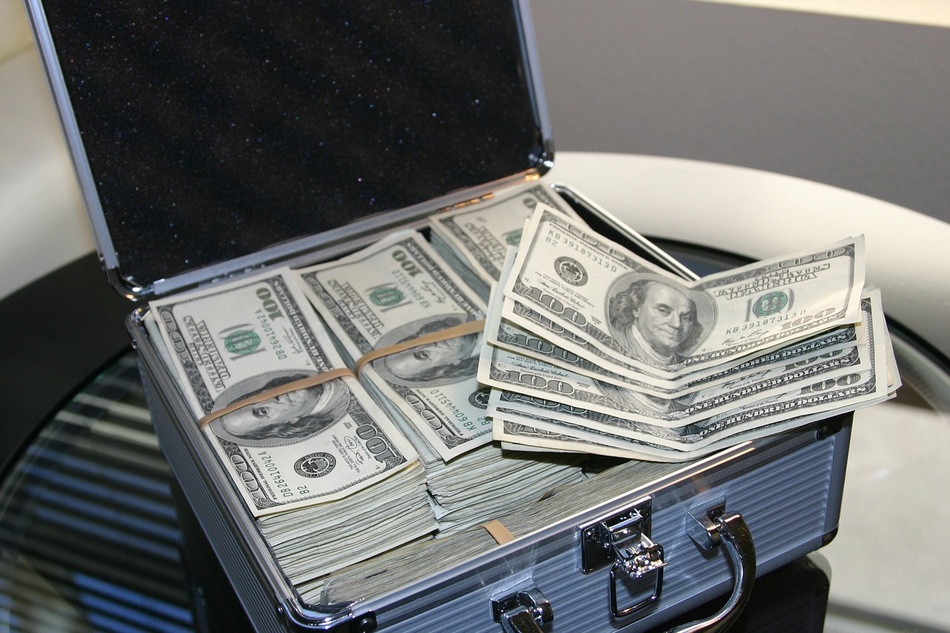 How can one steal from seafarers big time and not be held accountable? In Manila, it is surprisingly easy. Many have been doing it for decades, not secretly but right before the eyes of seafarers and their families.

You just have do three things. One, own a manning agency with a valid licence to operate, preferably one that deploys several hundred Filipino seafarers. Two, convert the remittances of the crew from US dollars to pesos using a forex rate lower than the official bank rate and then keep the differential. Three, think nothing of the theft. Many others are engaging in the practice, so why feel guilty?

Marine Café Blog was the first to expose the decades-long scam in Manila’s manning sector. In reaction to my blog article and subsequent posts on social media, seafarers themselves have made numerous public comments that validate what I have been saying. One woman even sent me a private message to complain that the manning agency of her son, a ship officer, was using 50 pesos to the dollar instead of the prevailing rate of 51:1. From the feedback I have received, I can conclude that:

• cheating on the foreign exchange rate is widespread.

• some large crewing firms which many think are reputable engage in the malpractice.

• as a general rule, unscrupulous manning agents shave off one peso from the foreign exchange rate.

So how much are Filipino seafarers losing to the light-fingered characters in maritime Manila?

According to the Philippines’ central bank, the average exchange rate in 2018 was PHP52.66 to the dollar. Cash remittances from Filipino sea-based workers during that year totalled USD6,139,512,000. 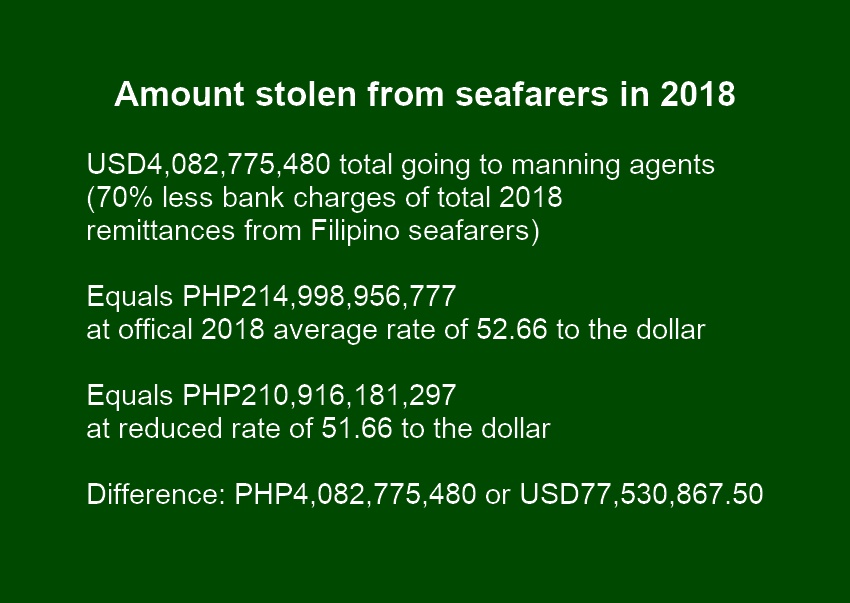 This is grand-scale theft. It is egregious, a violation of both Philippine regulations and ILO Maritime Labour Convention, 2006. Yet, most seafarers seem to have accepted the massive cheating as part of life. That they grumble occasionally on social media but don’t make a big fuss over the issue is understandble. But what about the maritime unions? Their silence is very concerning, to say the least.