IMO in love with its own rhetoric 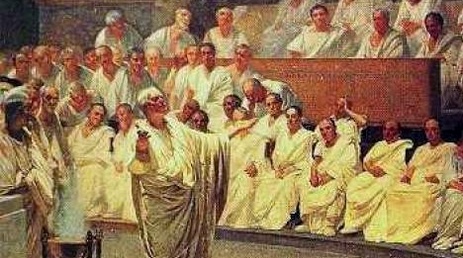 IMO officials should slow down on the rhetoric. Speaking on 20th January 2014 at the opening of the first session of the Sub-committee on Ship Design and Construction, Secretary-General Koji Sekimizu declared: “I have my targets to eliminate piracy and reduce maritime casualty by half and I will maintain these targets this year as well.” Honestly speaking, we didn’t know that IMO has been leading the anti-piracy campaign. As for maritime accidents, isn’t Mr Sekimizu being overly ambitious?

On 31st March 2014, the good Secretary General reiterated his target of a 50% reduction in the number of lives lost at sea in his address before the 66th session of the Marine Environment Protection Committee (MEPC). Two weeks later, the entire world was shaken by the sinking of the South Korean ferry, MV Sewol. Close to 300 people died in the mishap, most of them high school students on a field trip.

We have nothing against the use of rhetoric. In fact, we appreciate elegant speeches and other ways of using language effectively and persuasively. There’s a big problem, however, when people fall in love with their own rhetoric. For then they are likely to lose sight of reality and even begin to sound less than sincere.

A good example is Secretary General Sekimizu’s message on World Maritime Day 2014, which had as its theme “IMO conventions: effective implementation”. Whilst calling for “widespread ratification, effective implementation, stringent oversight of compliance and vigorous enforcement”, Mr Sekimizu skips any mention of the equally important need for information dissemination.

It’s probably good that he did. Otherwise, Mr Sekimizu would have raised a question in the minds of many: If IMO is really serious about effective implementation, why doesn’t it provide free online access to the full text of STCW and other IMO conventions as the International Labour Organization does with the ILO treaties? We can only think of one answer. IMO loves to talk rhetoric, but it also loves to make money. ~Barista Uno

The irony in World Maritime Day 2014

Wherefore the Day of the Seafarer?