Interior sea: The photographic art of Judith in den Bosch 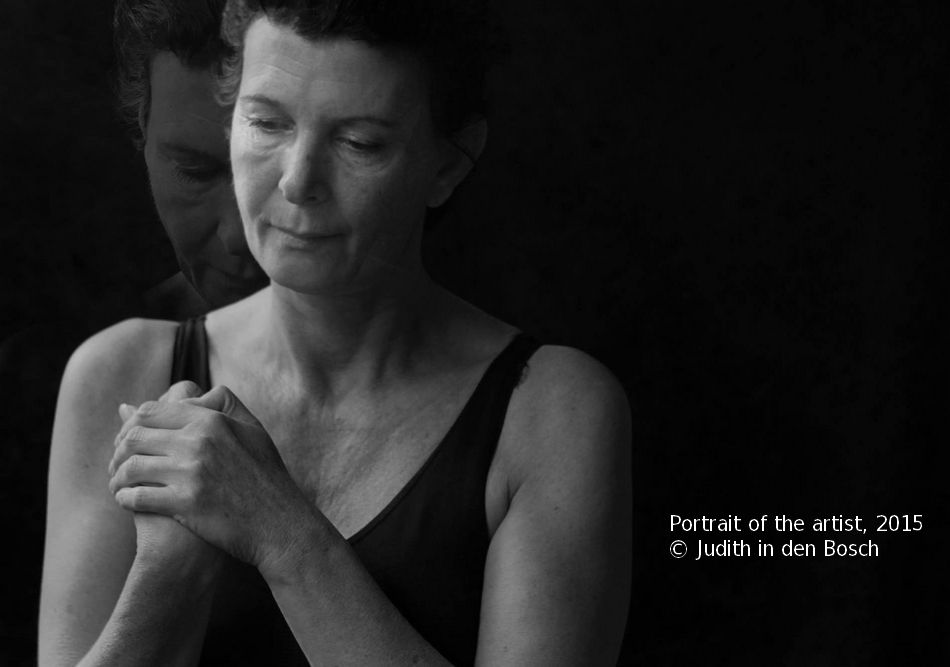 The sea has been Judith in den Bosch’s muse since she was a little child. ”When I am there, I start making poems,” says the photographic artist from Alkmaar, The Netherlands. “I love the power…the feeling of being small, a part of the whole.” Her work entitled “beyond feeling” sums up, more potently than words, her long-time fascination with the sea. 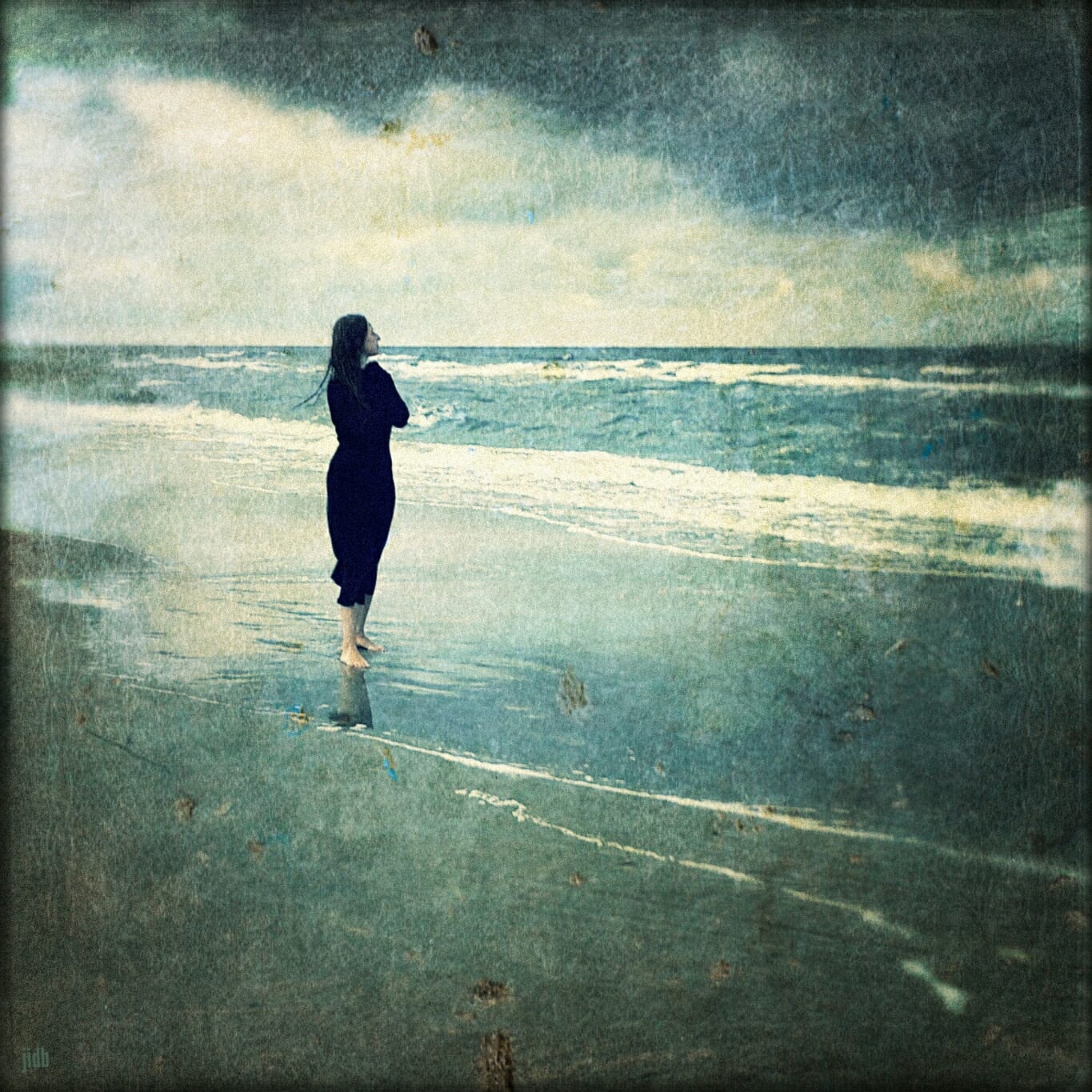 beyond feeling   © Judith in den Bosch

Judith started taking pictures with a “very old” mobile phone about six years ago. Her mobile remains her artistic tool. But unlike most smartphone users, she is not interested in simply capturing the moment. In lieu of sharpness, which the great French photographer Henri Cartier-Bresson called “a bourgeois concept”, she recreates reality to offer her own subjective view, transporting us to the inner world of imagination, dreams and feelings.

“I use editing because I find out that the photo is how I look at things, and the editing is what i feel,” Judith says. “I don’t look with my eyes but with my belly.” The entire editing process is done with an app on her mobile phone. The result can be startling. In one composition (“sound in silence“), Judith deconstructs reality to convey the sound of the sea, reducing the water to an eerie image akin to a sound spectrum. 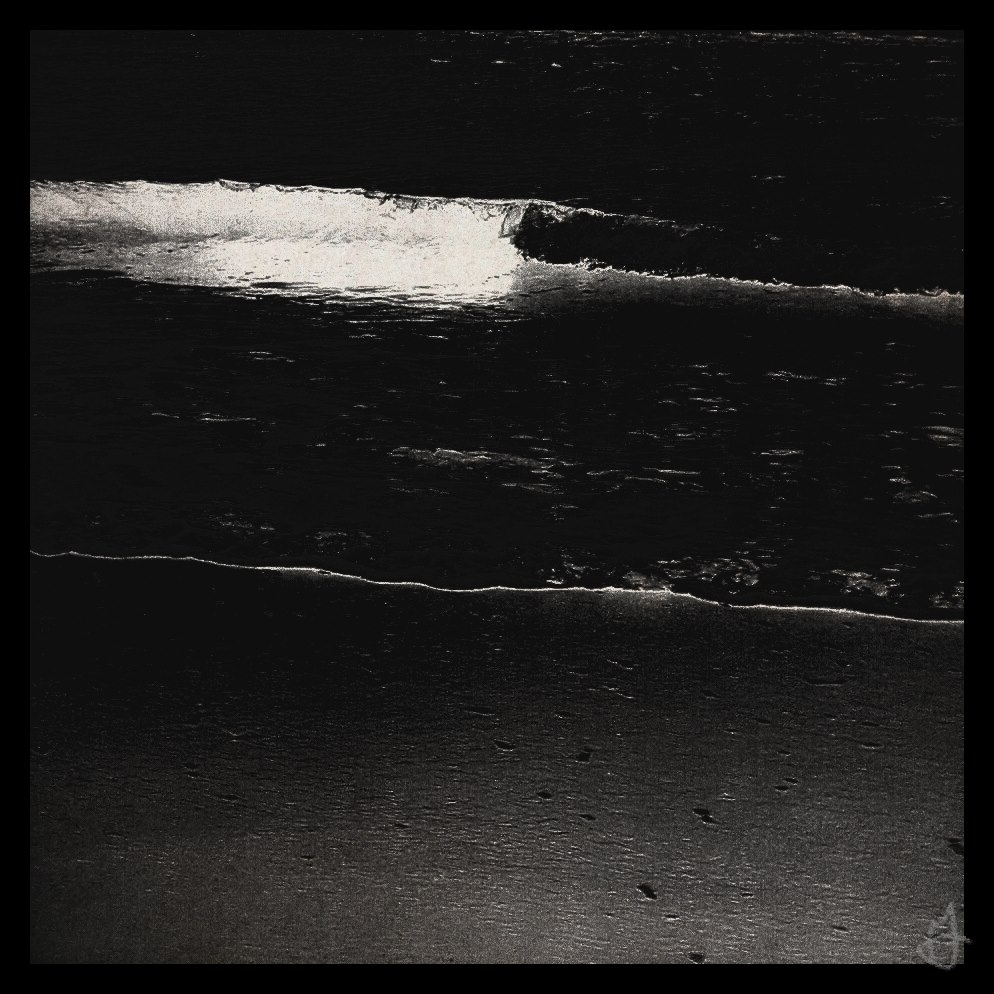 All great works of art and literature boil down to sublimated angst. Judith has had her fair share of it. In 2015 she was diagnosed with cancer and began chemotherapy. Now free of the disease, the memories of her struggle are writ in “with the waves” — a poetic statement of acceptance, of living in the moment, and of the human spirit seeking the light. This theme is reprised in another piece entitled “breaking the waves”. Here, a nude female figure lies on the beach to create a sense of surrender as well as defiance. 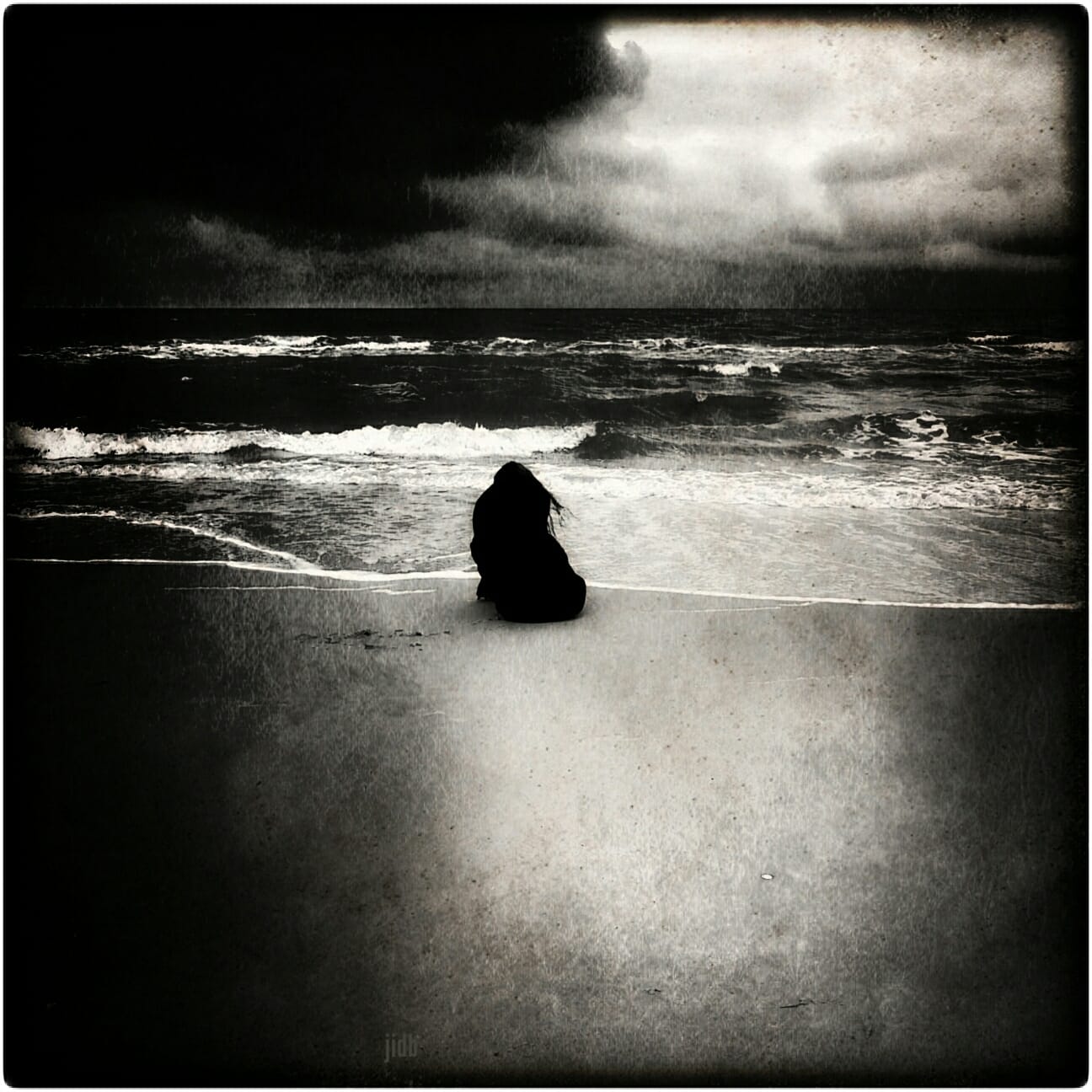 with the waves   © Judith in den Bosch 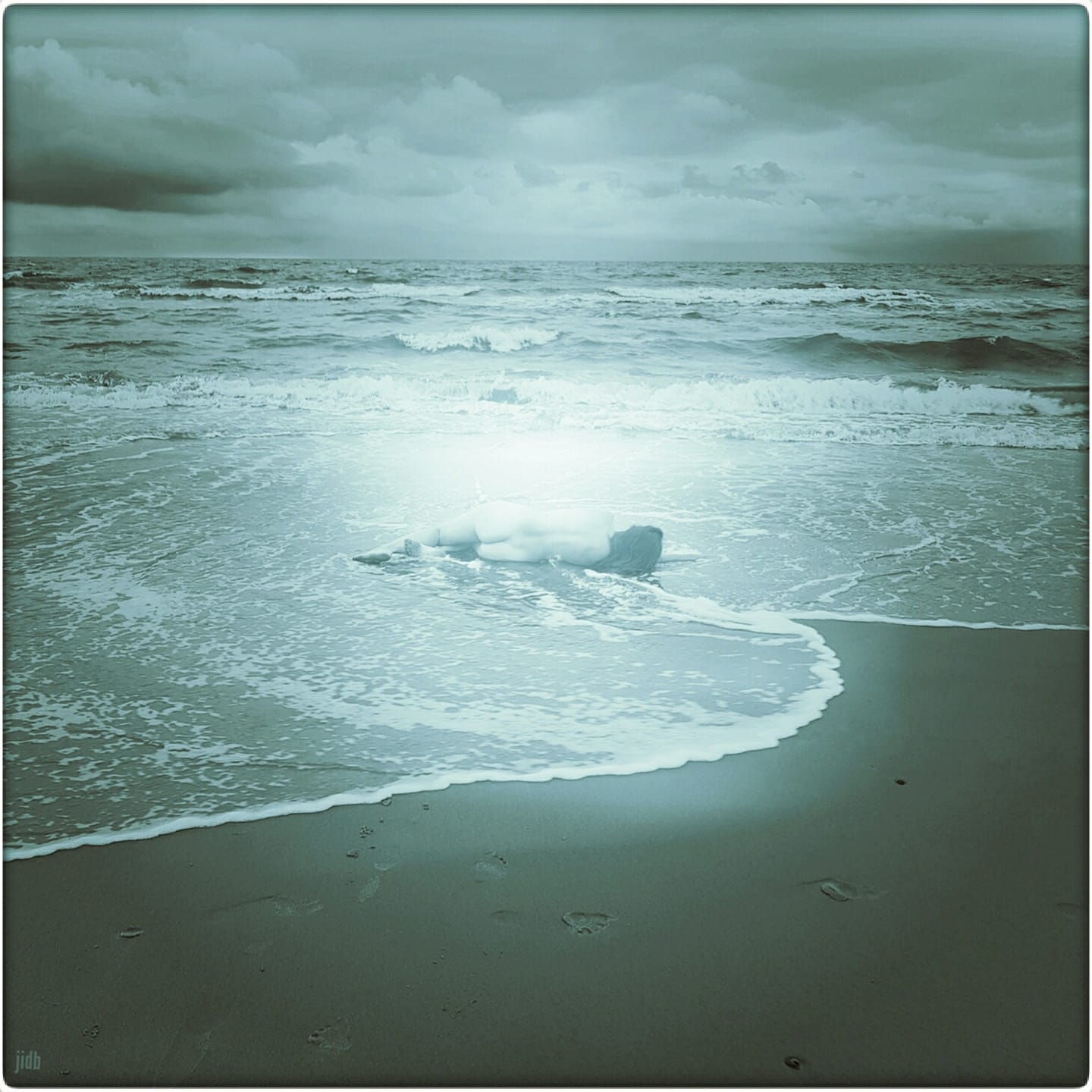 Many of Judith’s works are sombre and they often portray solitude. Yet, it is in this condition of being isolated from the madding crowd that the artist finds solace and strength. The point is driven home in “sense of security” — a gripping image of a woman lying on the strand in fetal position. On another level, the picture symbolises humanity itself: we remain ineluctably connected to the sea and Mother Nature; the umbilical cord has never been cut. 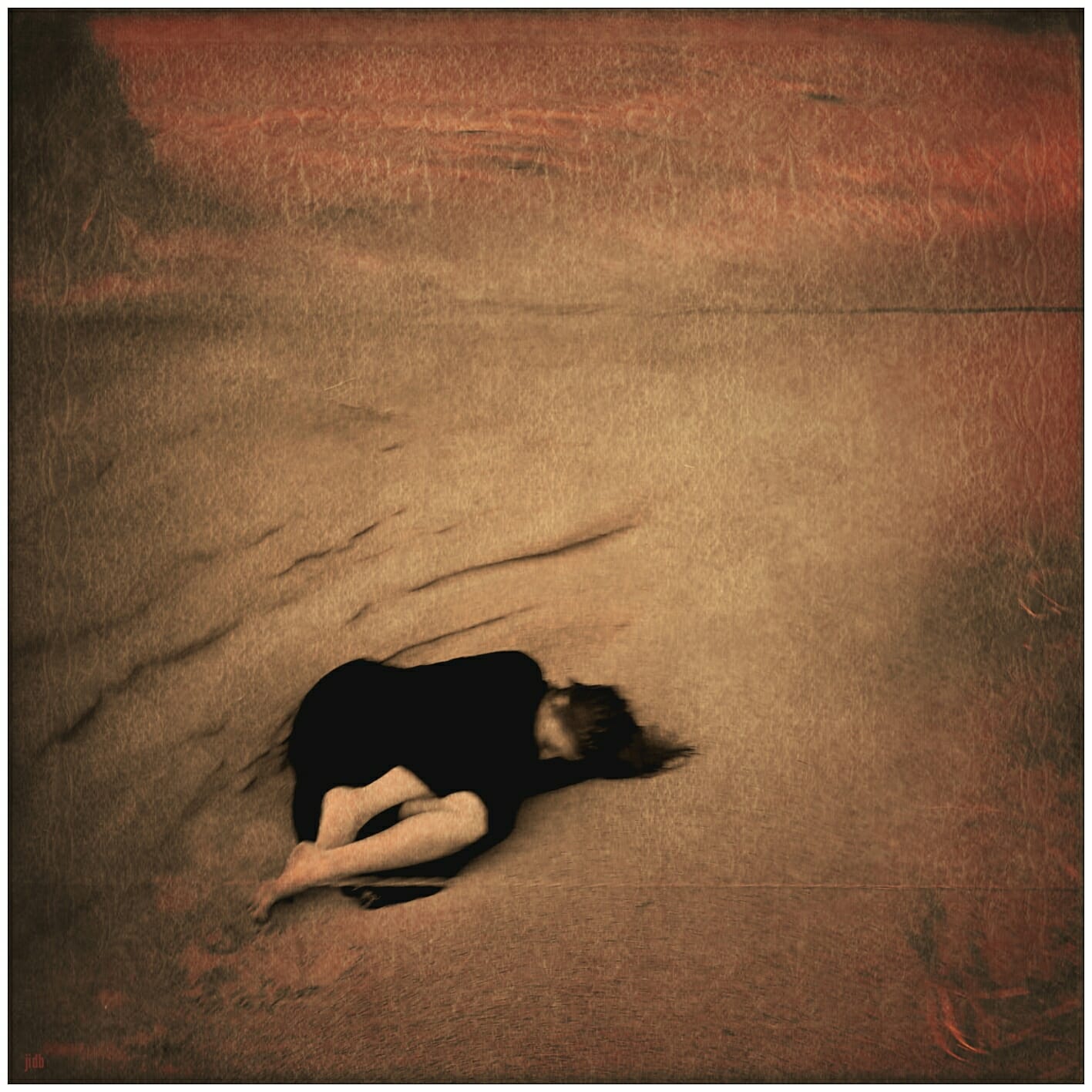 Land and sea are one, and humans are part of it all. Judith concretises this idea in “water and earth” by fusing a picture of some ornamental carp with a landscape suggestive of the richness of the earth, vegetation and rain. In a world filled with the ugly, the artist seems to suggest, beauty can be a source of salvation. 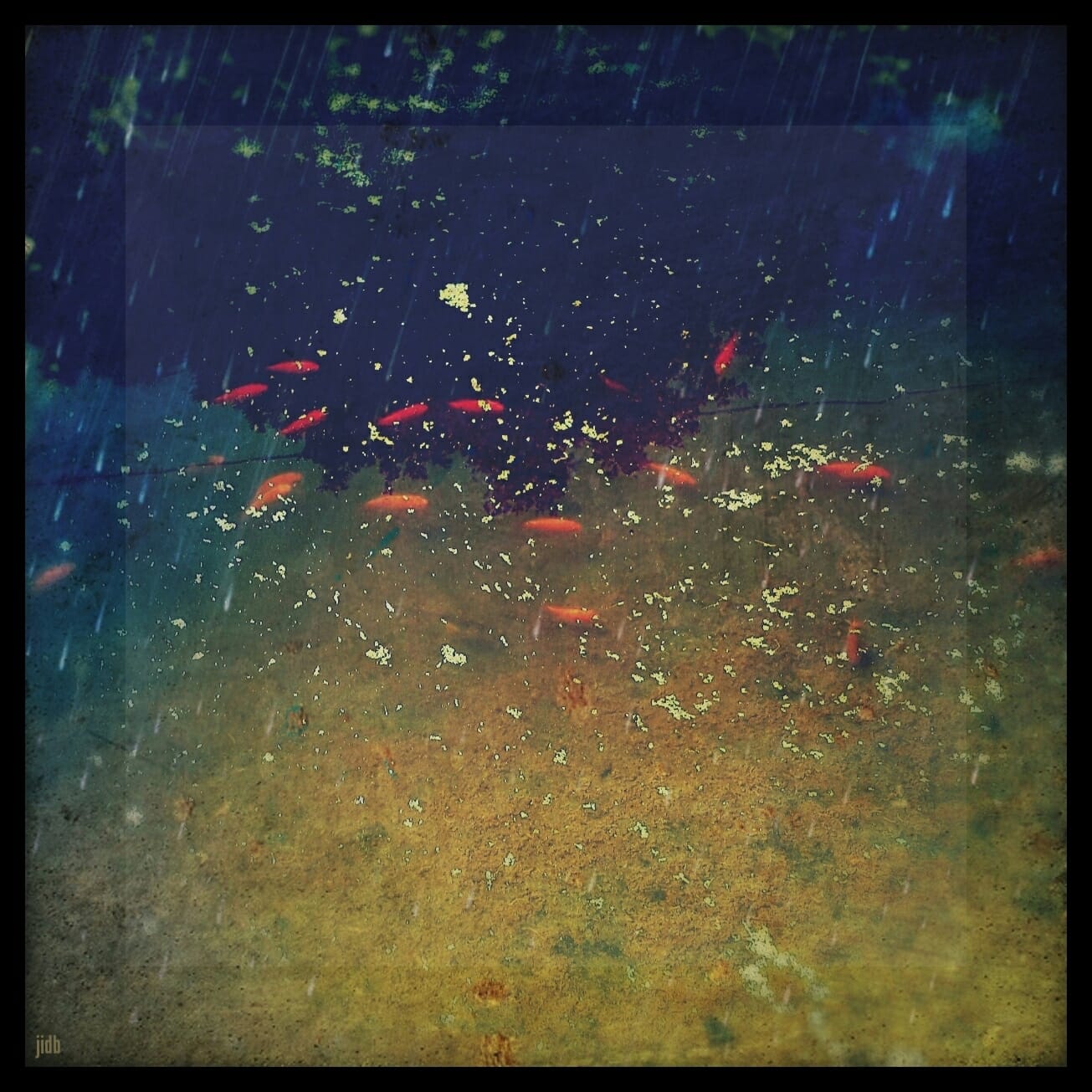 Digital manipulation of photographs is a contentious issue. Some would have none of it. Others consider it desirable and a normal part of photography. Whatever one’s opinion, there is no denying that such artistic intervention is justified in Judith’s case. No gimmickry on her part nor a conscious attempt to impress. Judith has no need for either. Her creations have emotional and intellectual depth, and they reveal a sensitive soul. 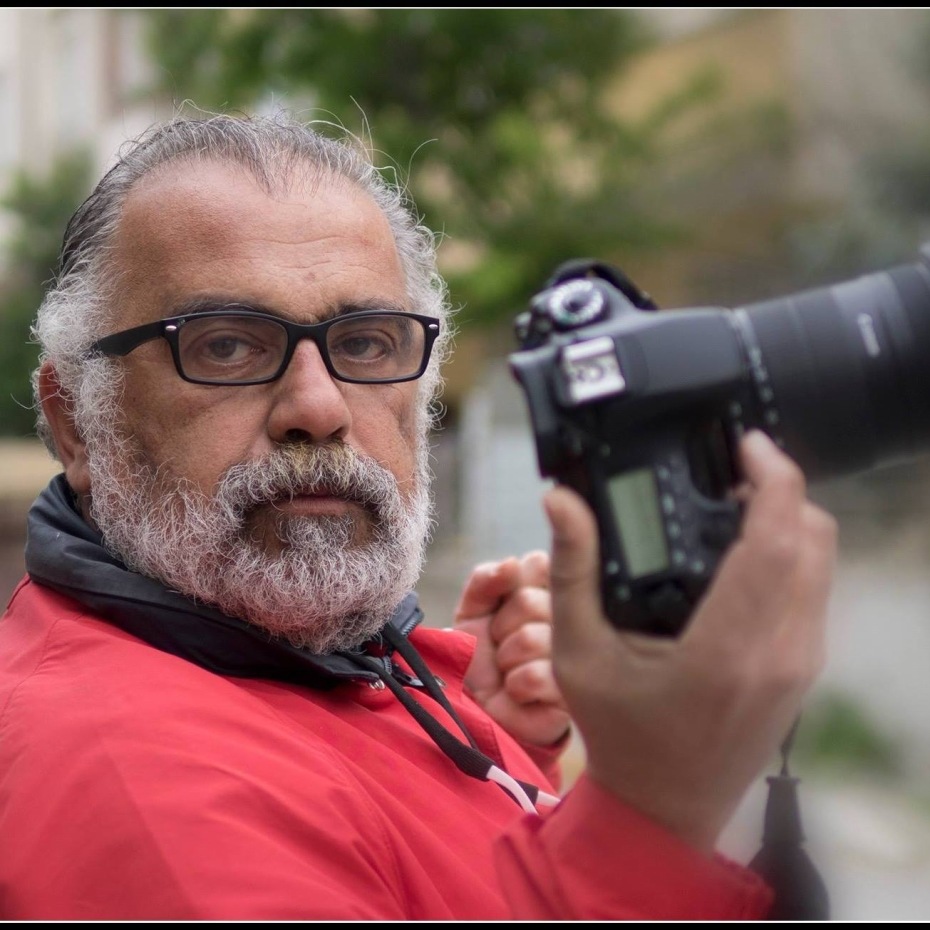