Although Littrow enjoyed fame during her lifetime, not many people today are probably familiar with this artist. There is not a great deal of information about her online. Photos of her are hard to come by (I have found only one, a group photo published on a Hungarian website). Interestingly, Wikipedia and some art websites seem to have got the years of her birth and/or death wrong.

Fortunately, a detailed (and authoritave) biography of Leontine Camilla von Littrow (also known as Leo or Lea von Littrow) can be found on the website of Littrow Archive Vienna (https://littrow.at/leontine-von-littrow/). The site is in German but an online translation will yield some important facts about the artist.

Amongst them: that she was born on 17th March 1856 in Trieste, Italy, but lived in Croatia, where her father served as a port captain in Fiume (Rijeka); that she took private art lessons from Hans Canon and later from Jean d’Alheim (women at the time were denied access to artistic training at academies); that her works were exhibited in Vienna, Munich and London; and that she died on 11th May 1925 in her beloved Abbazia (Opatija), Croatia.

The following are just six of Littrow’s numerous marine paintings. Each one should leave little doubt that, in the galaxy of marine artists, this talented woman was a brilliant star that continues to shine today. 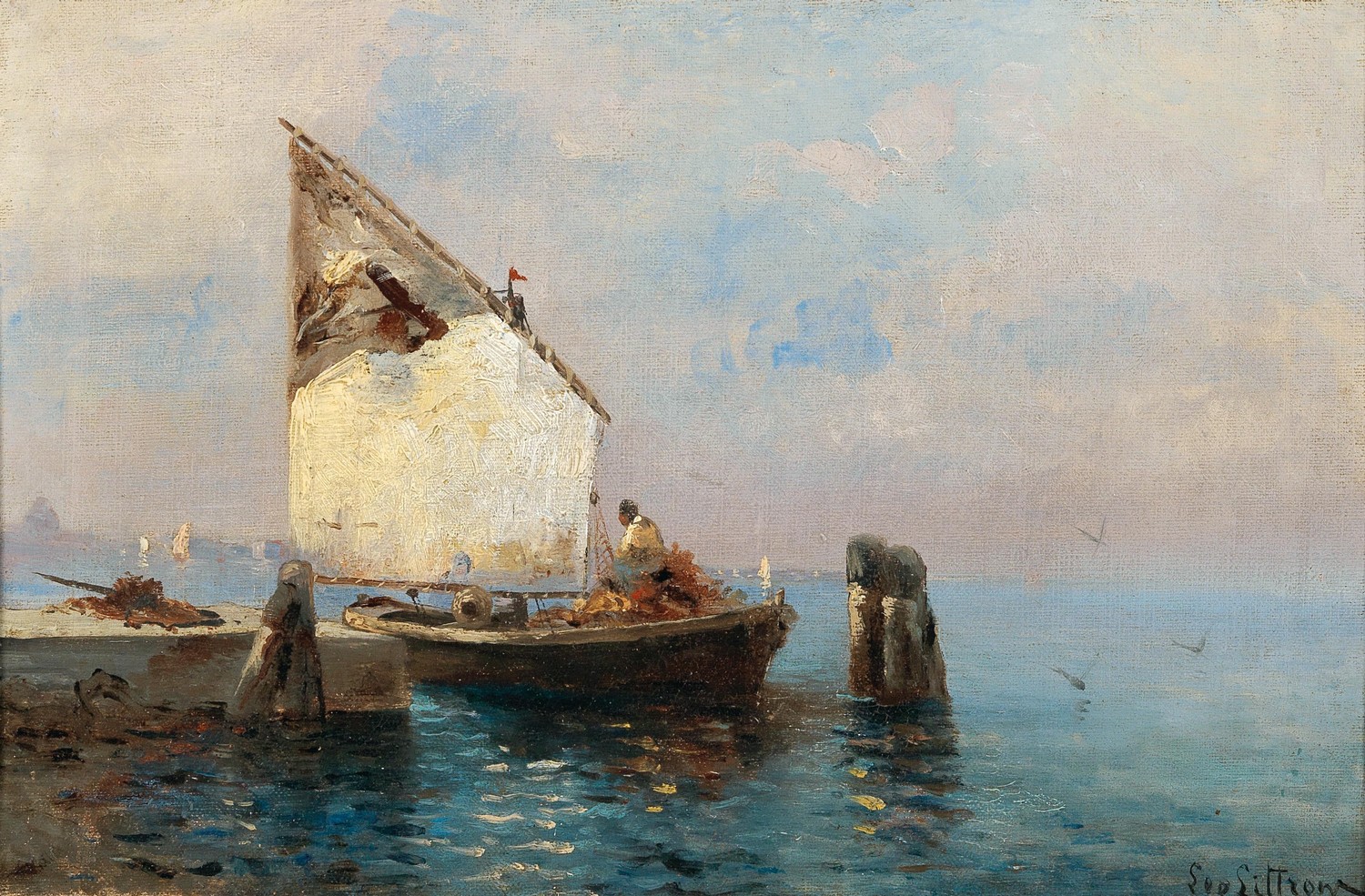 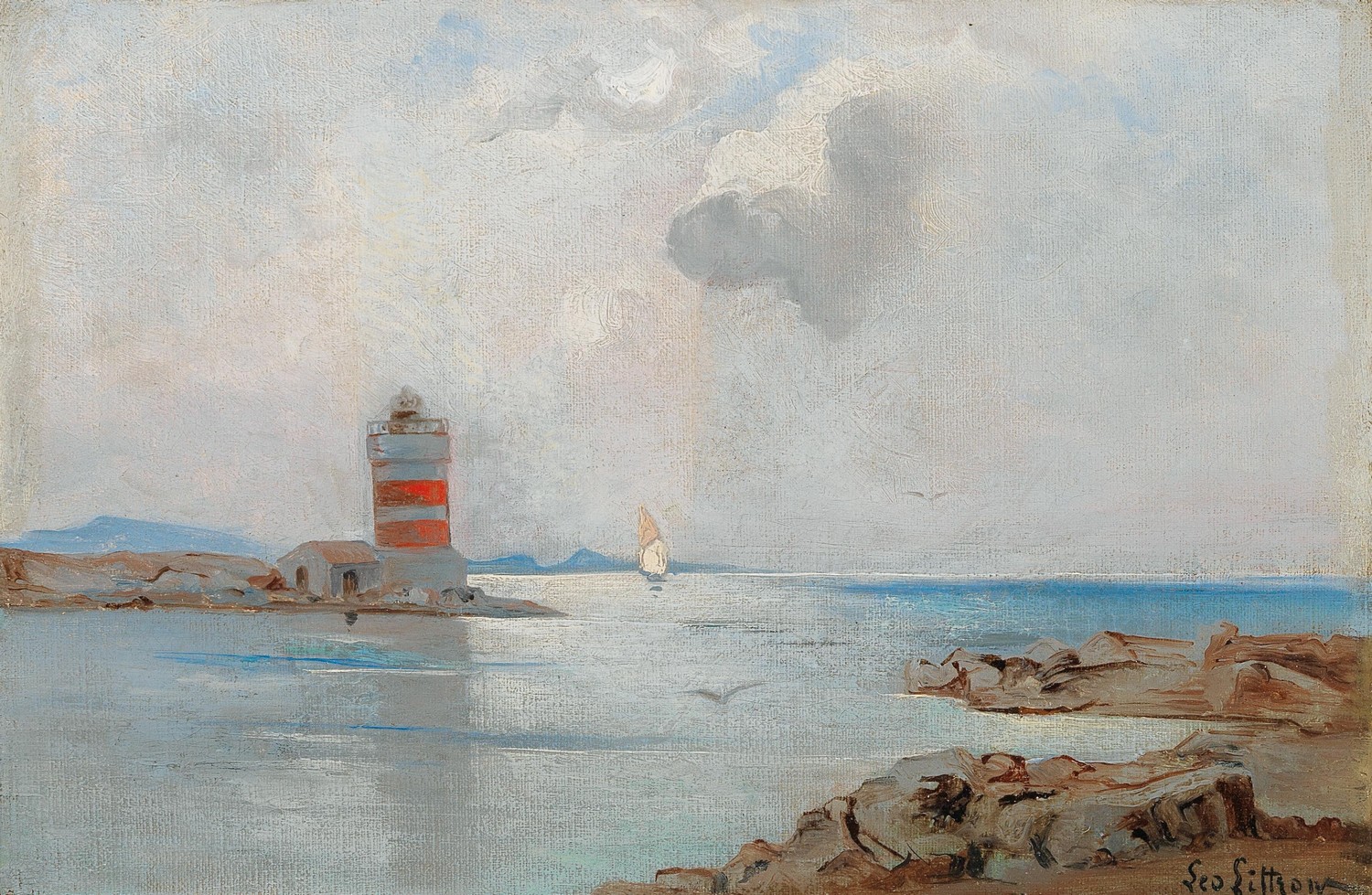 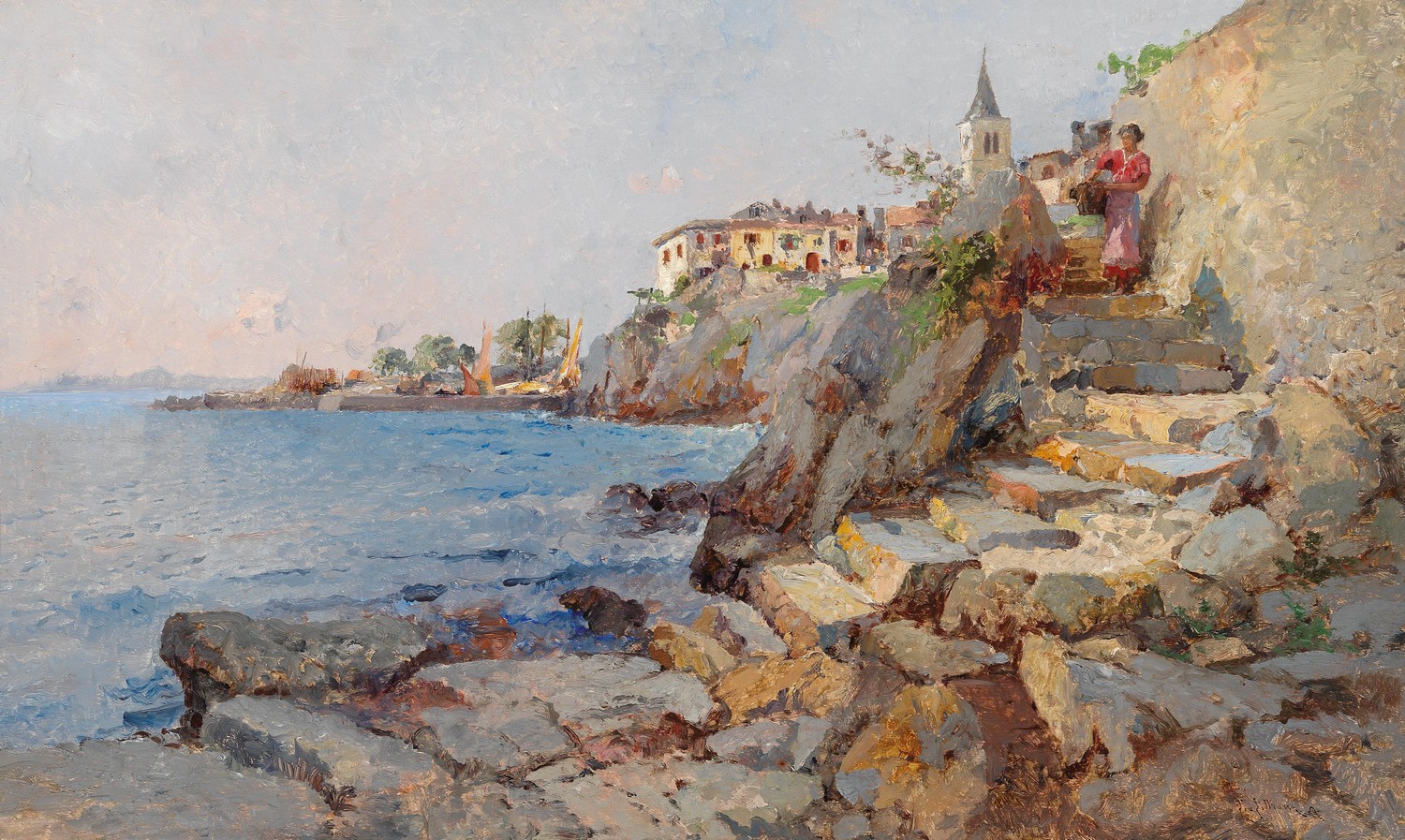 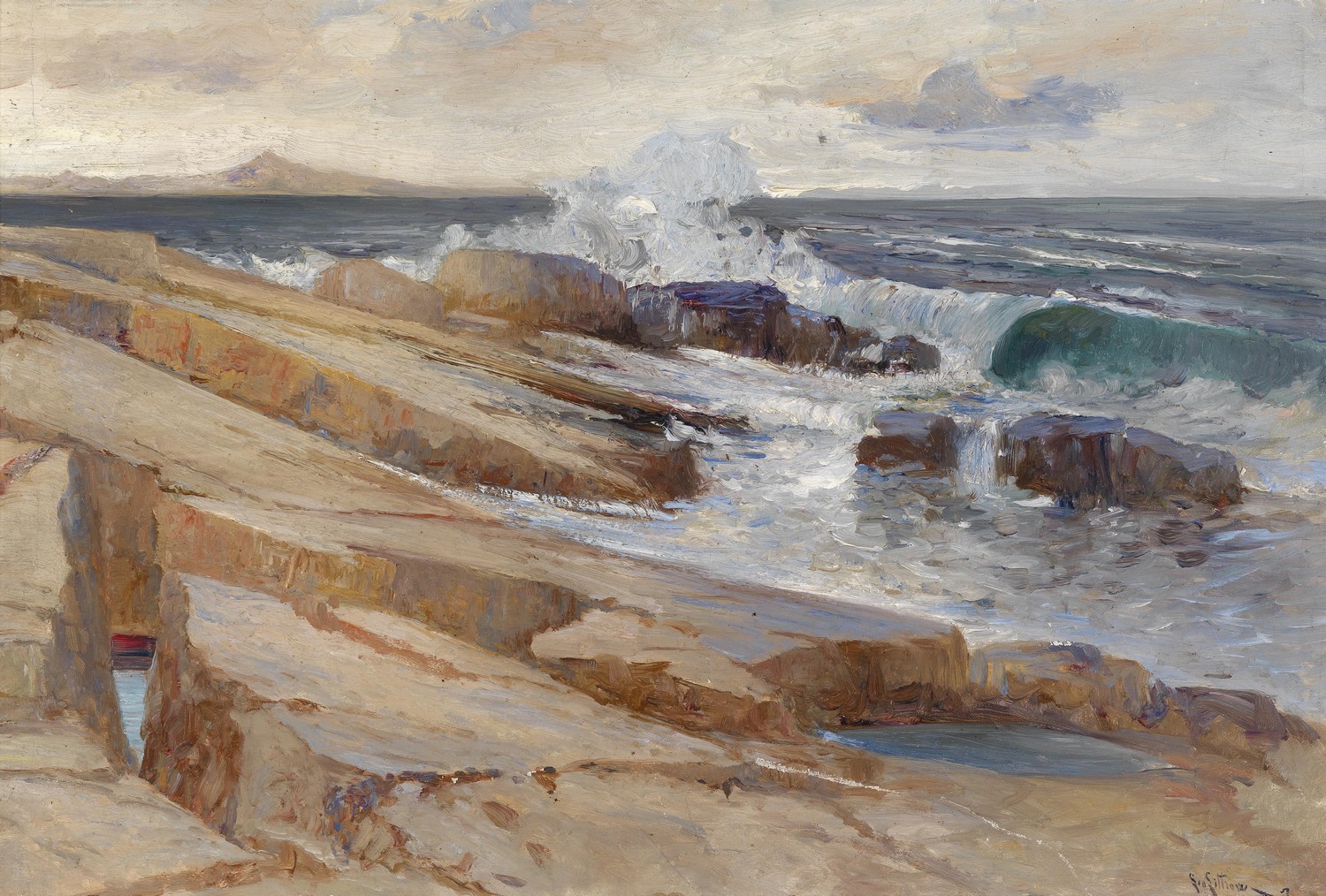 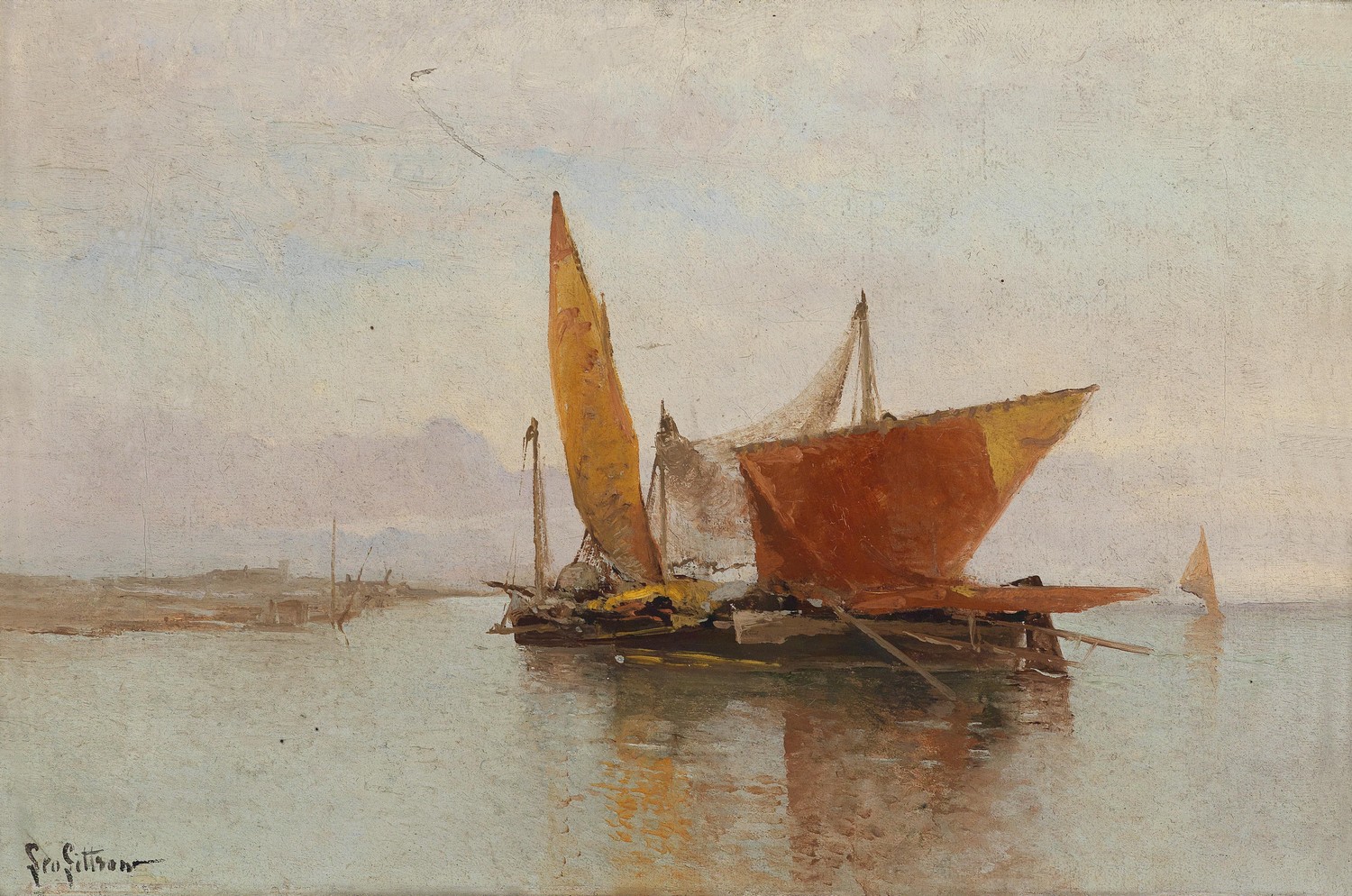 Fishing boats off the coast by Leontine (Leo) von Littrow

NOTE: The works featured in this article bear no dates and are in the public domain. They were sourced from the Dorotheum auction house via Wikimedia Commons.