Lighthouse photos that bid you to pause and have a look

There are so many pictures of lighthouses online — probably tens of thousands — that one can grow tired of looking at them. It’s a kind of ocular fatigue summed up in the expression “when you’ve seen one, you’ve seen them all”. Once in a while, though, one comes across a lighthouse photograph that has a certain quality, a certain atmosphere, that is hard to ignore. One sits up and takes notice. The following are some examples: 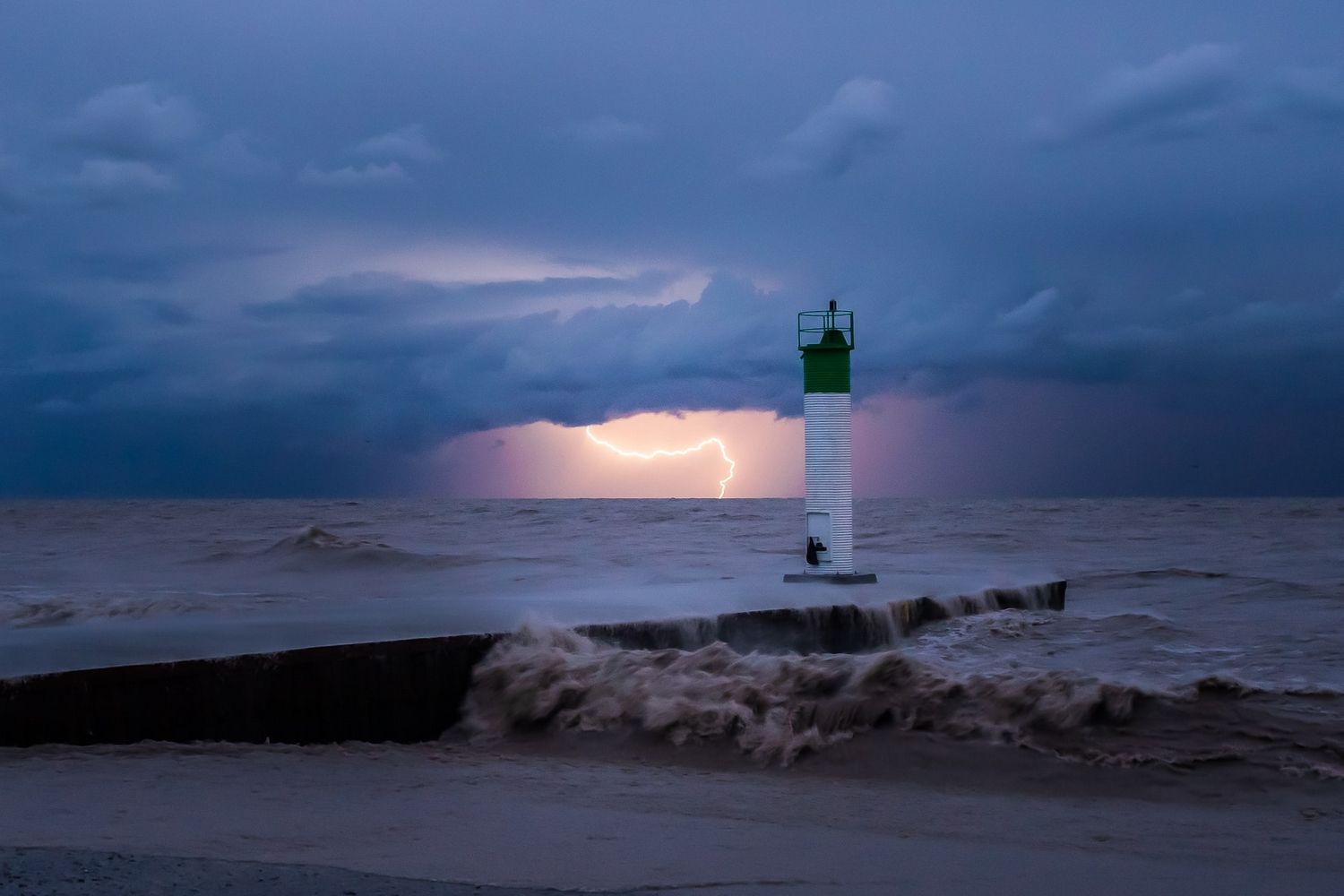 Lightning strikes behind a lighthouse on a pier at sunset (Port Bruce, ON, Canada), 2020
Photo by Michael Krahn on Unsplash

The flash of lightning is right at the centre of Michael Krahn’s photo but it is distant and occupies only a small area. The lighthouse stands silently as if unperturbed by the spectacle. This is an impactful image, yet not overly dramatic. 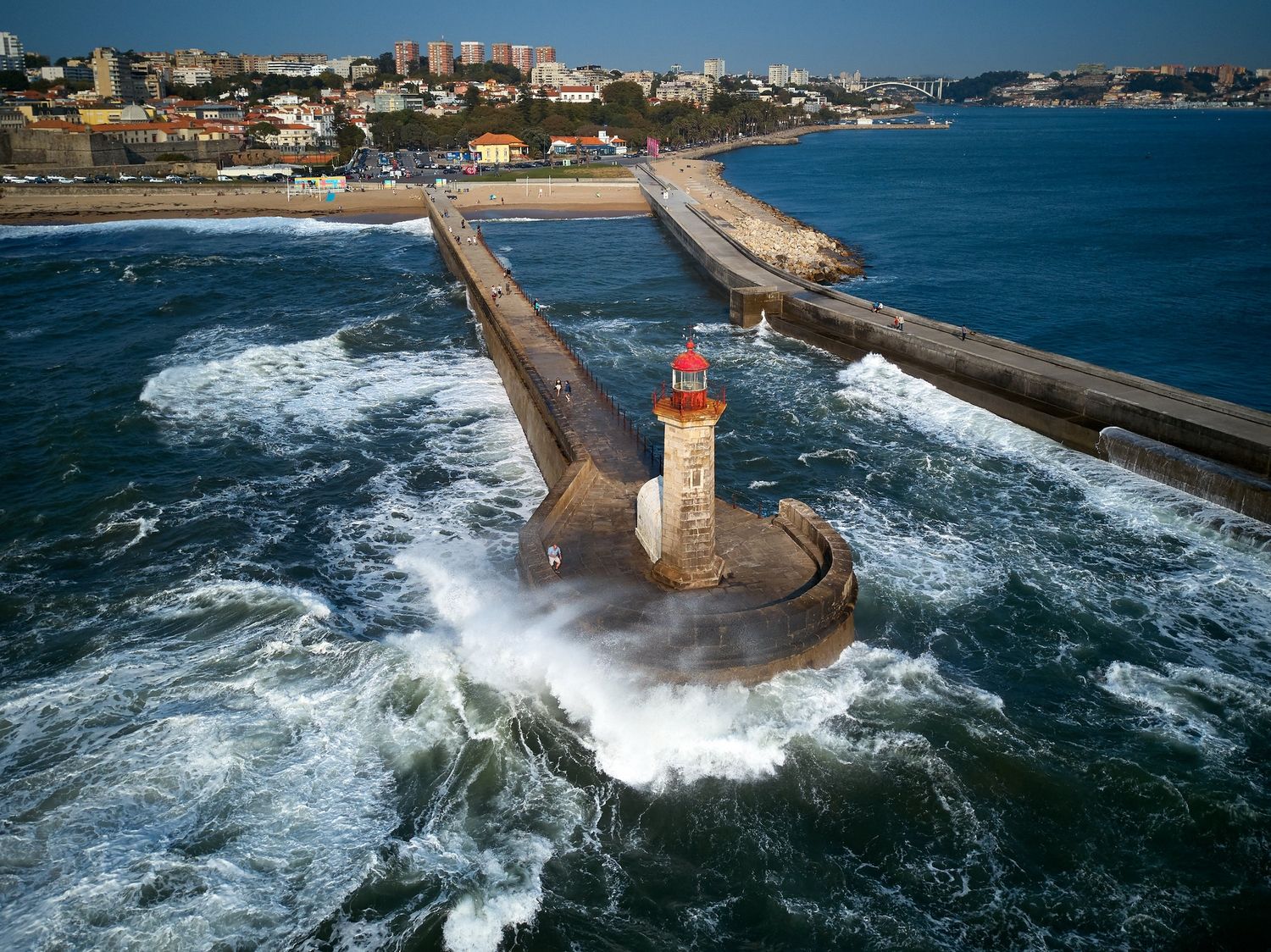 The waves swirling vigorously around the lighthouse at the end of the pier makes for a dynamic photo. One is reminded of a lively dance such as the Brazilian samba. 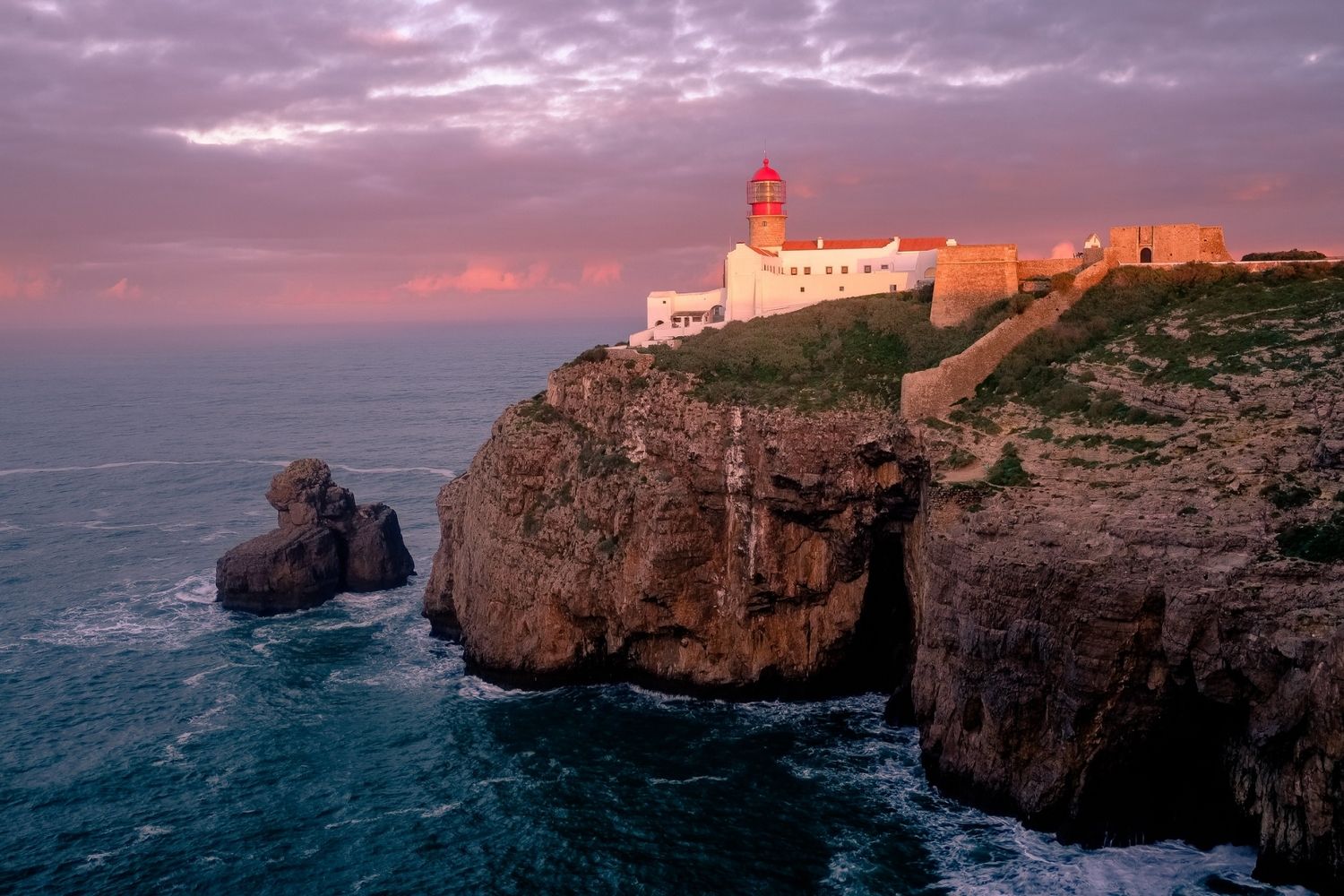 Cabo de São Vicente (Faro, Portugal) at sunrise at the end of February, 2017
Photo by Lexe-I on Flickr

The lighthouse structure in this photo is like a citadel overlooking the sea, its magnificence complemented by the imposing cliffs. The photographer has done a good job of calibrating the colours so that they look gorgeous but not garish. 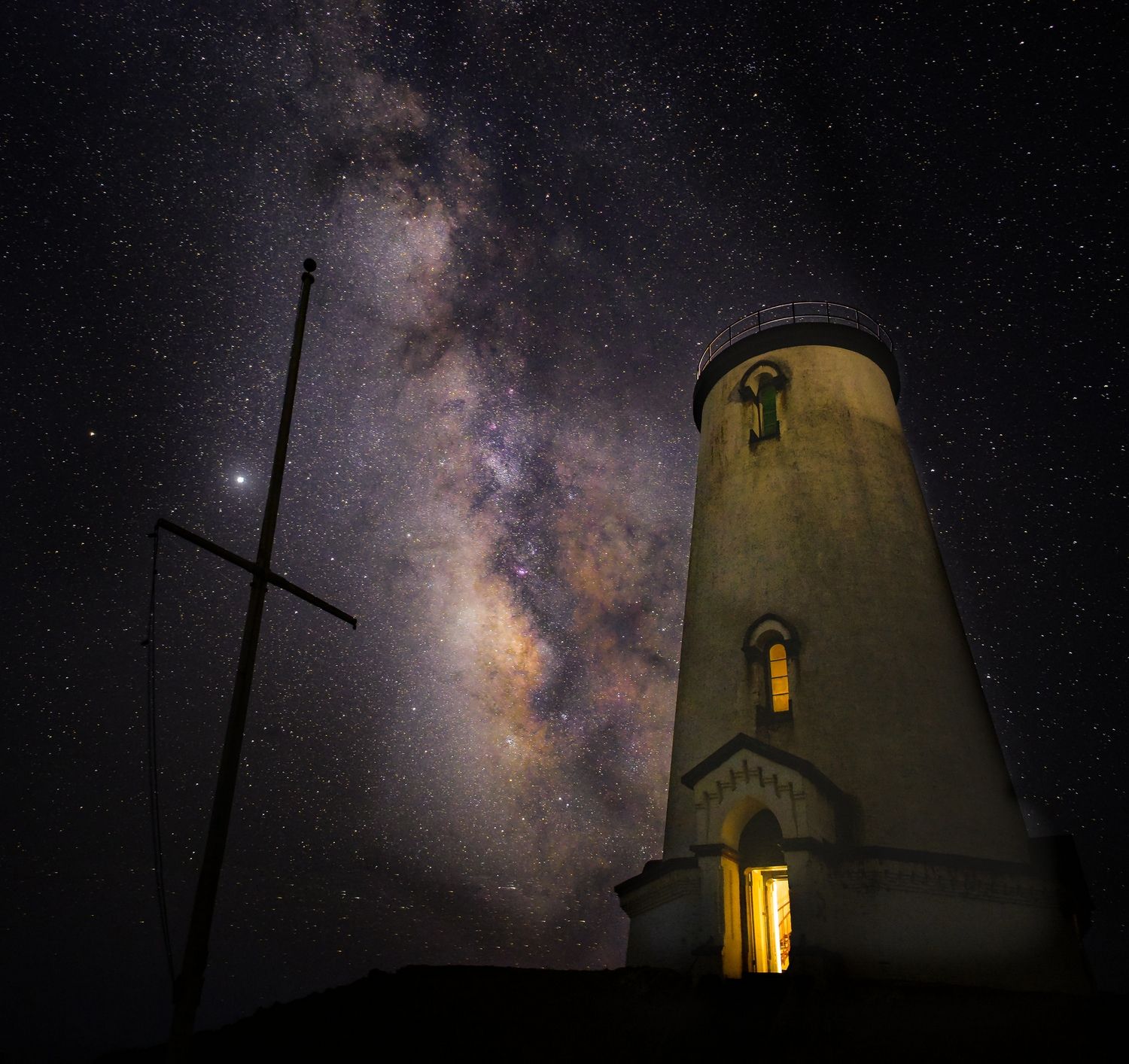 The lighthouse in Jesse Pluim’s photo is juxtaposed with what at first glance appears to be a cross. Next to the latter a star glows faintly in an ominous-looking night sky. To the religious mind, the entire scene could be a parable of man and his creations bowing before a Higher Being. 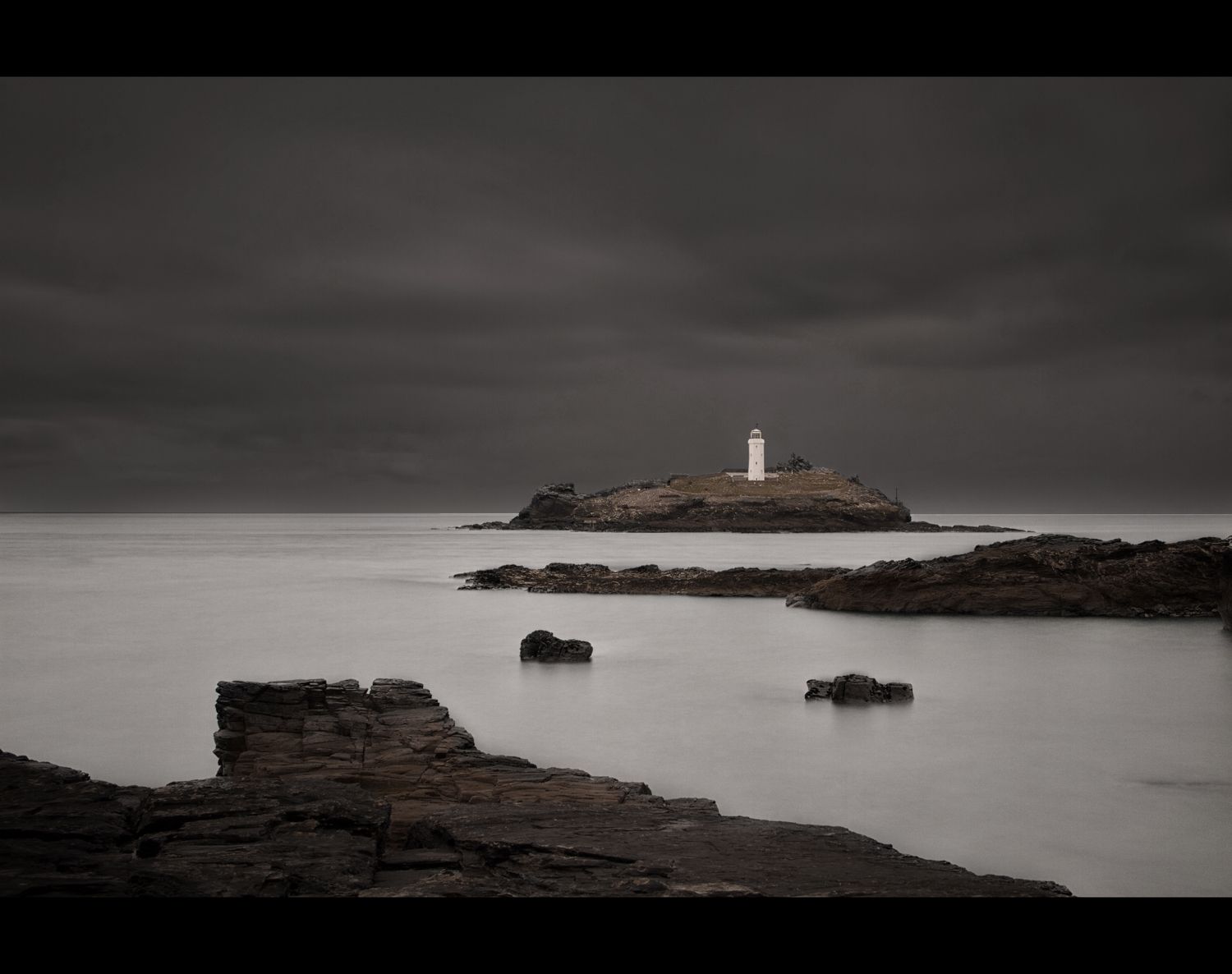 “No man is an island, entire of itself” wrote the English poet, John Donne, in his famous poem. Maybe so, but loneliness and alienation seem part of man’s existence in the modern world. Darren Shilson’s photo could be viewed as an attempt to convey this reality. The lighthouse stands alone, isolated from the shore and other islands. The photo has been de-saturated by Shilson to create a sad atmosphere. 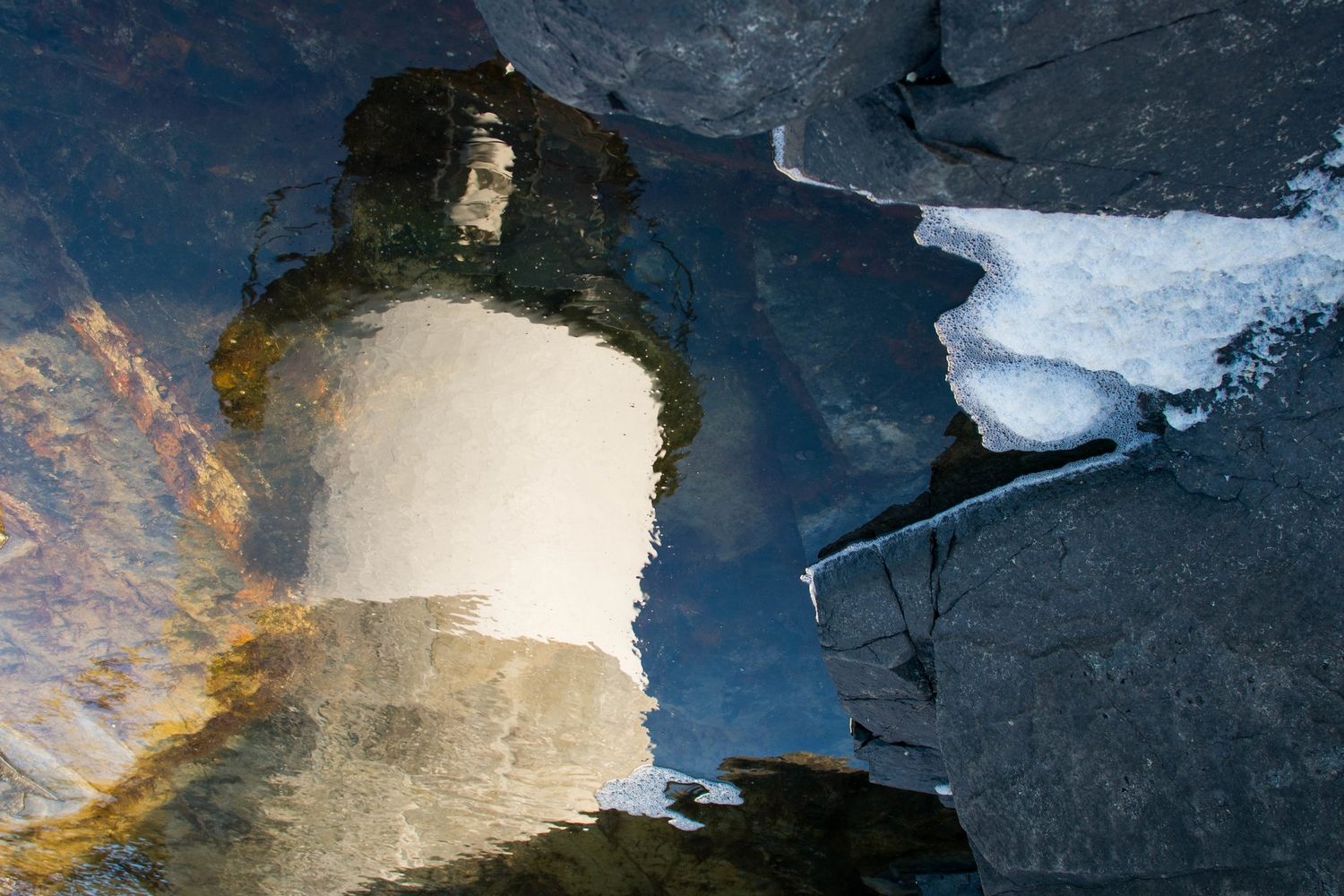 This photo by Susan Bell is a sheer delight to the eye. It is jazzy and playful. 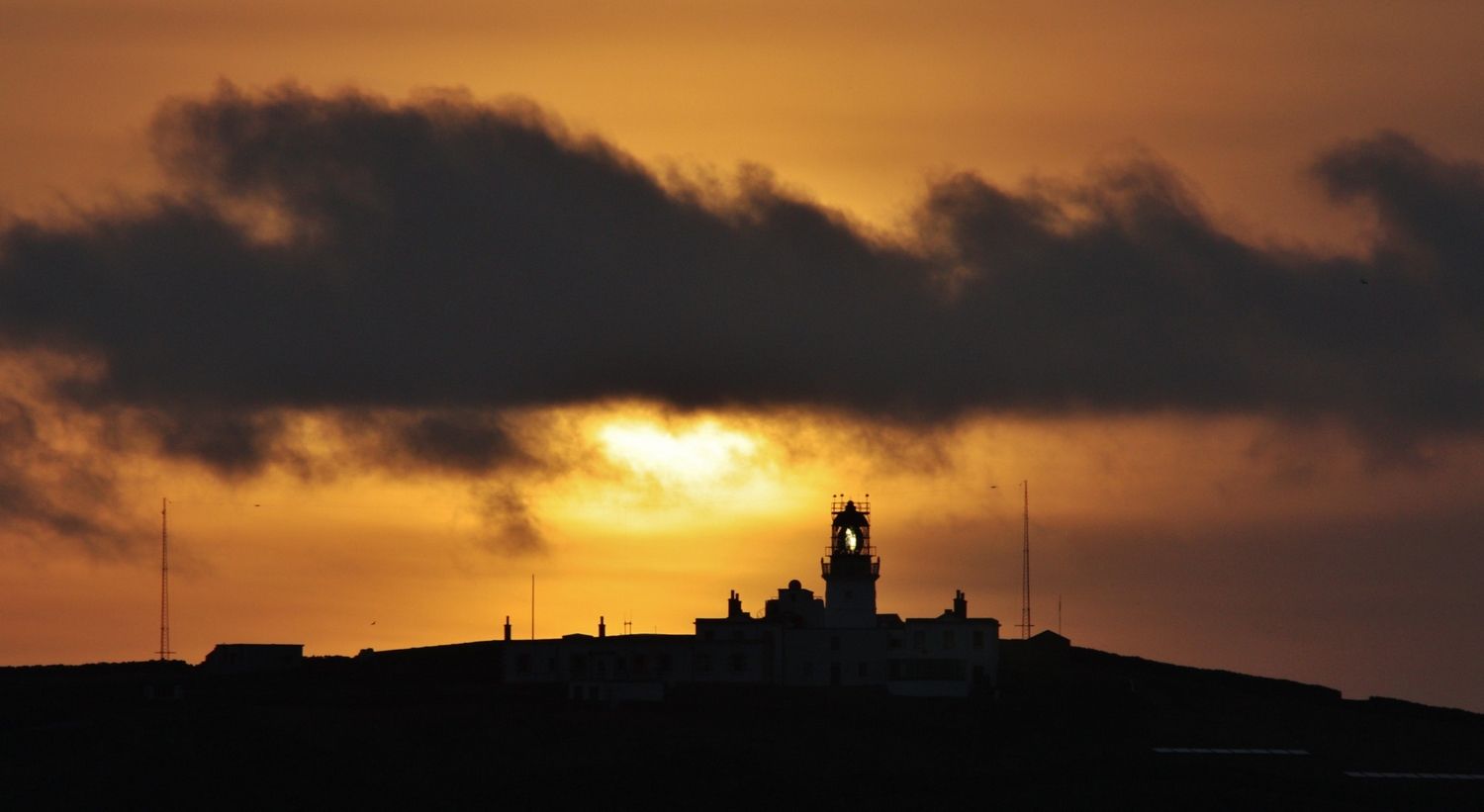 Ronnie Robertson has created a memorable image with a colour palette limited to shades of grey and orange. The sun is shown rising up to dispel the dark and accentuate the silhouette of the lighthouse. Despite its simplicity, the photo evokes a sense of expectancy, a feeling of hope. 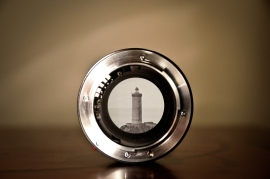