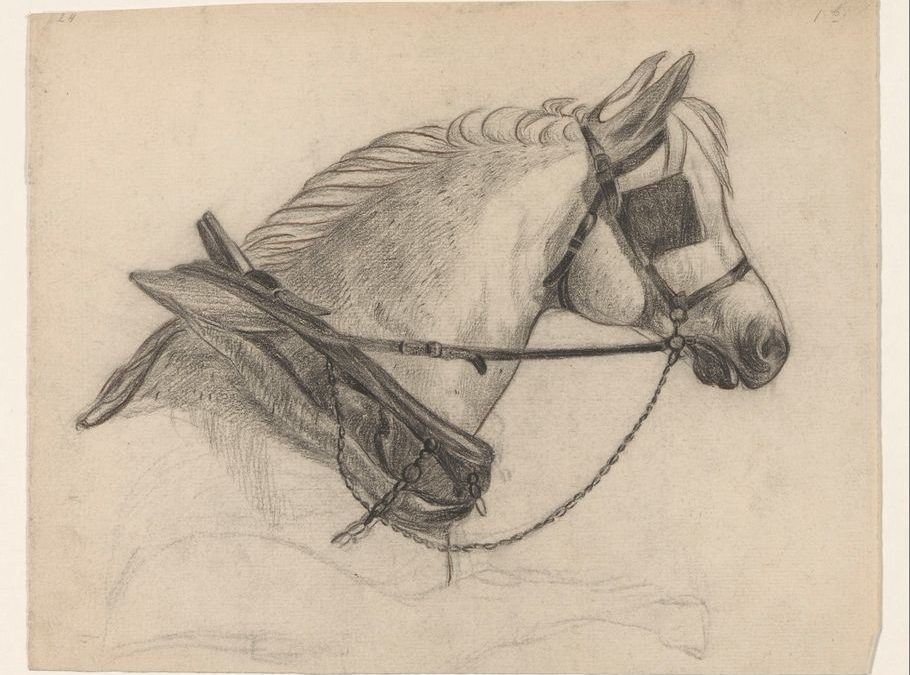 There is no shortage of maritime do-gooders in Manila: seafarer unions, maritime charities, party list groups advocating seafarers’ rights, shipping journalists, and even (don’t laugh now) manning agents. Though they seem well-intentioned, these bleeding hearts remind me of a 19th-century pen and chalk drawing (pictured above) by Dutch artist  Johannes Tavenraat which depicts a horse with blinkers.

The analogy to horses wearing blinkers (also called “blinders”) is not far-fetched. For reasons that are hard to fathom, those who loudly proclaim their love for seafarers have failed to speak up on two major issues that Marine Café Blog has been drumming up over the years.

The theft of seafarer remittances

Dishonest crewing agencies been skimming money from the dollar remittances of seafarers for decades. The widespread practice involves converting the dollars to pesos using a forex rate lower the official one. This means the families get less in monthly allotments than what should be going to them, and the agencies get to keep the dollar differential. By conservative estimates, the total amount lost annually to light-fingered agents runs into the millions of dollars.

The use of cadets as unpaid labour

Filipino cadets who wish to sail as apprentice officers have to work without pay for manning agencies and some seafarer unions. In many instances, they slave away for months on end before they are deployed. Some work as company drivers, domestic servants, and even as farmhands. Complicit in this form of exploitation are the maritime schools who supply their scholar cadets to the agents in Manila and the European and Japanese shipowners who are aware of the practice but fail to question it.

As if these two practices were not bad enough, they are considered normal, a part of life for seafarers and those aspiring to join their ranks. “It’s a small service fee,” the president of one manning agency once told me when asked about the forex conversion issue. “They need to be broken in,” said another in regard to cadets working as flunkeys or unpaid gofers.

Something is rotten in maritime Manila, and even the horses can probably smell it.