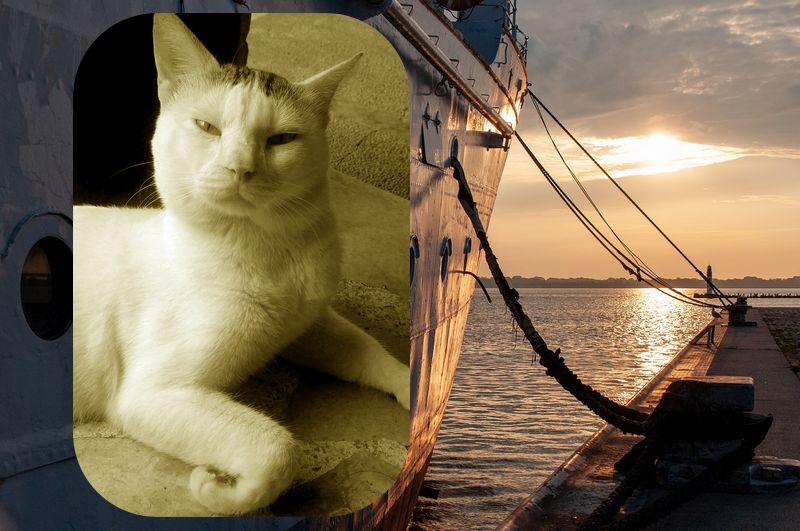 Marine Café Blog: Hey, did you know that there was an international crewing conference in Manila recently?
Frankie: How could anyone not know? The speakers and delegates went on a social media photo binge after it ended. They all bragged about being present at the event.

MCB: Don’t you think that these two-day conferences help enlighten the participants about certain issues?
Frankie: Tell that to the marines. The wisest, most informed maritime professionals I know are not into attending conventions. Instead of listening to speeches, they read!

MCB: I’ll bet you’d enjoy the food they served to the conference delegates.
Frankie: Hotel food…no, thanks. I will settle for canned tuna at home and have some peace and quiet.

MCB: I think you should be happy that they held an international conference in Manila. That means the worst of the COVID-19 pandemic is over, and people are travelling again.
Frankie: It ain’t over till the fat lady sings. You know the old saying.

MCB: But, surely, things are getting better. The conference participants were not wearing masks.
Frankie: Crowded places are always a source of infections. Crews and passengers of cruise ships are still going down with COVID.

MCB: You’re being paranoid.
Frankie: Better a living coward than a dead hero.

The wisest, most informed maritime professionals…are not into attending conventions. Instead of listening to speeches, they read! — Frankie

MCB: So much for the virus. How would you describe the maritime scene this year
Frankie: Same old same old.

MCB: What do you mean?
Frankie: Maritime awards are still being handed out. Shipping reporters are still doing their cut-and-paste thing. Seafarers are still cheated by manning agents. Piracy at sea is still alive and kicking. And so on and so forth.

MCB: Surely, there have been some positive developments.
Frankie: Yes, there is at least one. The maritime charities are making much less noise about depression at sea.

MCB: Why do you think that’s a good thing?
Frankie: As Marine Café Blog has pointed out, the maritime charities have created “an image of 21st-century seafarers as weak and vulnerable creatures who are prey to the meanderings of their own minds”. Your exact words. I should add that photos of seafarers on social media all show them happy and smiling. So what depression at sea are the charities talking about?

MCB: You sound very sceptical about the work done by the charity workers.
Frankie: What work are you talking about? They make ship visits, hand out token gifts to the crew, and post pictures of themselves online.

MCB: Well, they need to show the corporate donors that they’re doing something for seafarers.
Frankie: Exactly. I wonder what issue they’ll drum up next after seafarers’ mental health.

MCB: Is there any change you’d like to see happen in 2023?
Frankie: Just one. For the shipping world to treat seafarers as people would their housecats—with genuine love. Hey, when do I get KFC for lunch?