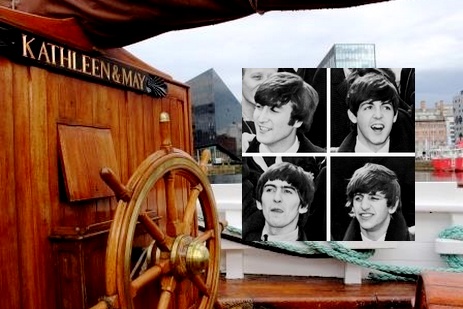 The Beatles are no more but Liverpool, the birthplace of the English rock band, is still rocking and rolling as a hub of maritime activity. That point was highlighted this week as Merseyside’s maritime sector welcomed visitors to the Maritime, Logistics & Energy segment of the two-week International Festival for Business. The City of Liverpool is one of five boroughs comprising the metropolitan county of Merseyside in North West England.

Merseyside Maritime Ltd CEO Jim Teasdale delivered his welcome remarks on board the three-masted tall ship Kathleen and May berthed in Albert Dock on the historic Liverpool waterfront. Said he: “The maritime sector on Merseyside is strong. Our collective success has been based on wealth and job creation with a strong focus on marketing and business development. Today, more than ever, our strength comes from collaboration – together we are stronger.”

That’s no empty boast. Mr Teasdale underlined Liverpool’s role as a port city and global gateway as he described the maritime sector on Merseyside:

Okay, we’re impressed. And now for some music from The Beatles as we wind up our day… ~Barista Uno