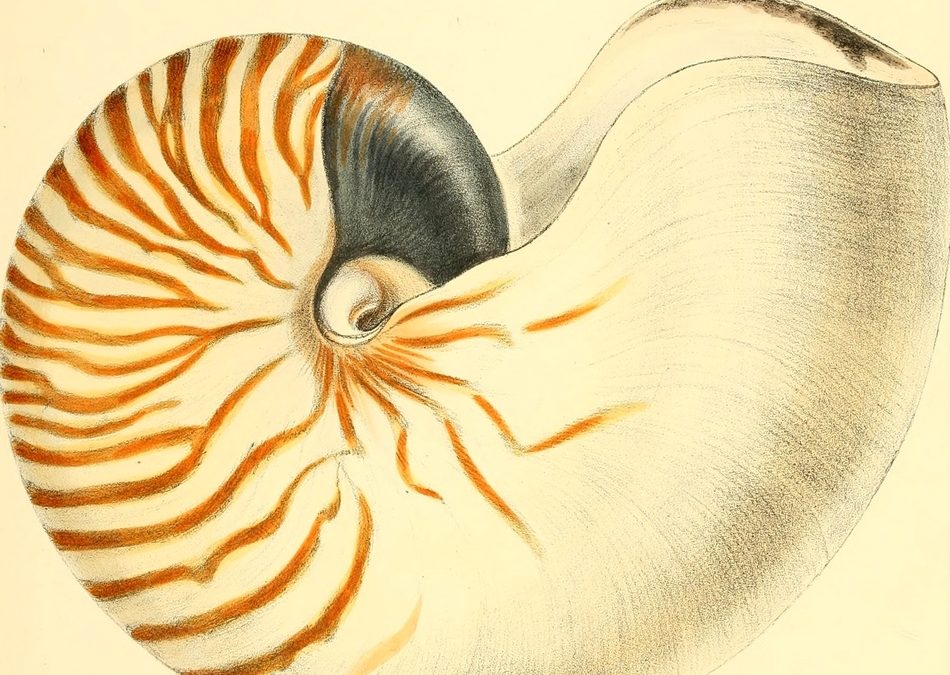 Most men are fascinated by cars. I am fascinated by seashells. Odd as it may sound, they remind me of the grandeur of cathedrals. I find the shell of the nautilus particularly interesting. Its spiral form is simple yet beautiful and elegant. Indeed, it is an architectural marvel as complex and enigmatic as the sea itself. 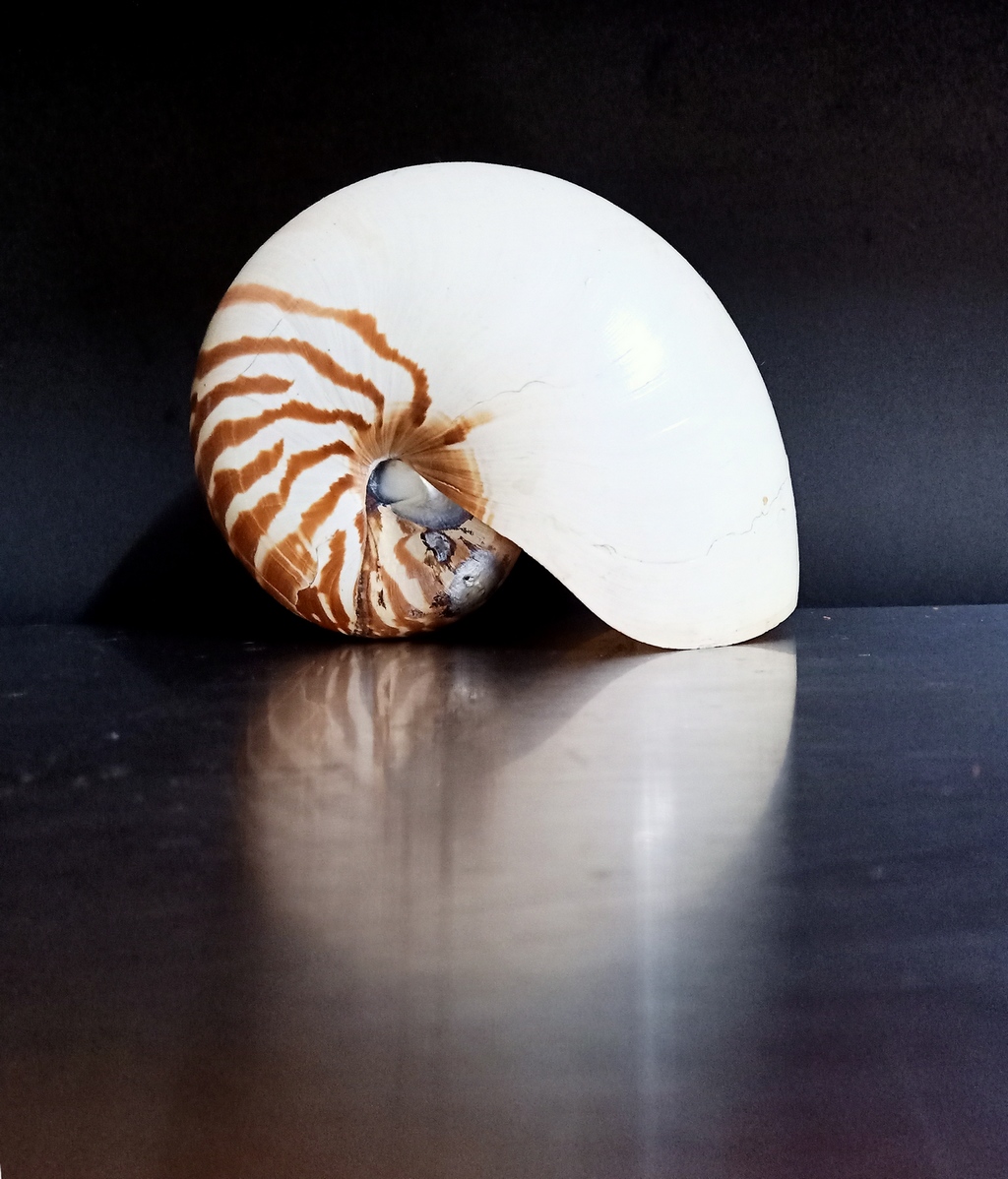 Beauty is not always just skin deep. A cross-section view of the nautilus shell reveals a most interesting sight. The chambers appear to radiate from a point like the blades of a giant fan whirling inside a tunnel or the spiral staircase of an old lighthouse. It is as though some gifted architect had designed the whole thing. 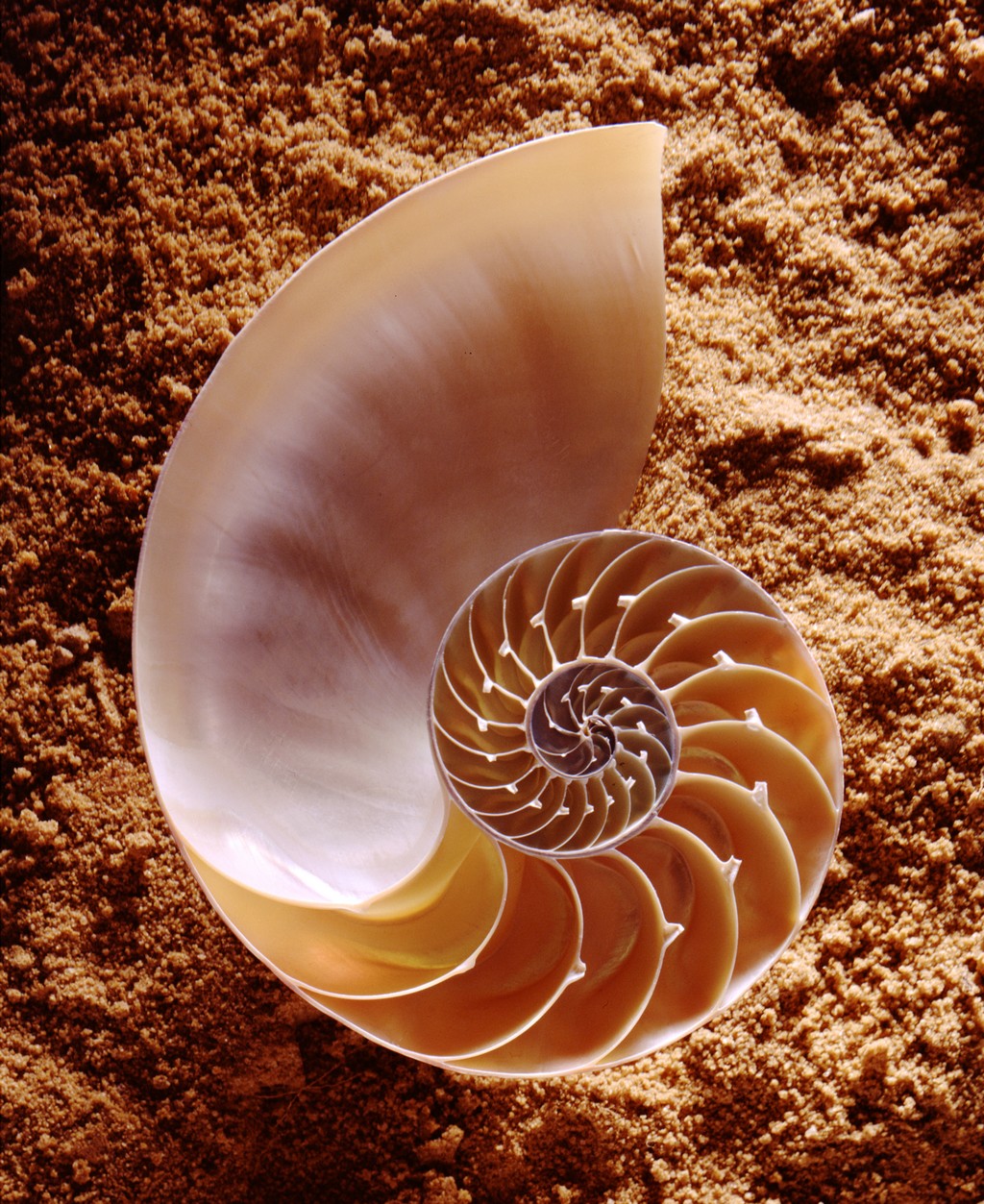 Why do many shells, including the nautilus, form spirals? Jorge Picado, a mathematics professor at the University of Coimbra in Portugal, answers the question in a short paper entitled ‘Seashells: The Plainness and Beauty of Their Mathematical Description’. He writes:

“As far as the animal that lives in a shell grows he needs the shell to grow with him in order to keep accommodating him. The fact that the animal which lives at the open edge of the shell places new shell material always in that edge, and faster on one side than the other, makes the shell to grow in a spiral.”

Using a simple mathematical model, Picado goes on to explain that

”the mollusk does not enlarge its shell in a uniform way: it only adds material in one of the edges of the shell (the open or ‘growth’ ending) and makes it in such a way that the new shell is always an exact model, to scale, of the smaller shell. This growth process yields an elegant spiral structure (very visible when the shell is sliced). The widths of the straight lines that link the shell center (the spiral origin) to the points of the shell increase, but the amplitudes of the angles defined by those lines and the corresponding tangents to the shell are constant, that is, shells follow an equiangular spiral:”

Illustration from Seashells: The Plainness and Beauty of Their Mathematical Description

So much for the science and mathematics. I believe that one should look at seashells like a child and be filled with wonder at the Great Design of which shells are just one manifestation. As Albert Einstein so wisely said: “Try and penetrate with our limited means the secrets of nature and you will find that, behind all the discernible concatenations, there remains something subtle, intangible and inexplicable.” 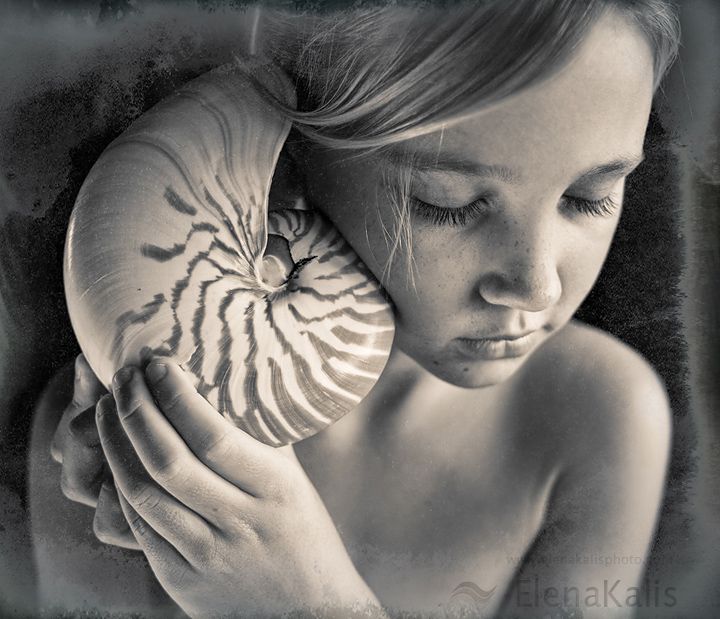 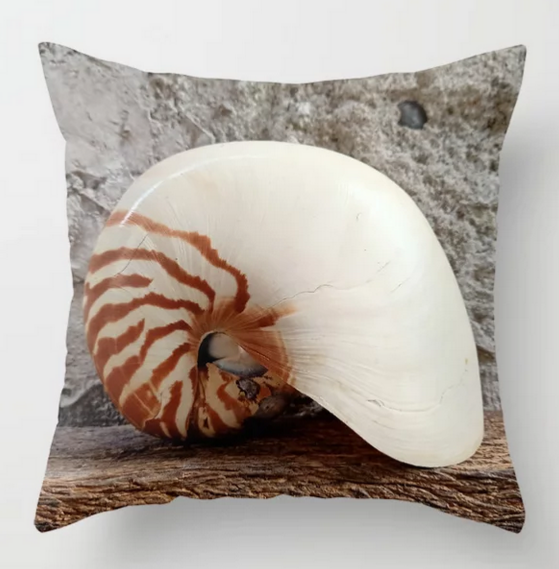 You may want to purchase this throw pillow featuring my original photograph of a nautilus shell. CLICK HERE for details. Other items with the same motif are available.