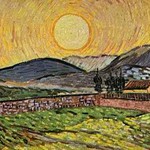 Don’t get us wrong. MLC 2006 is a major step forward, not only in the evolution of seafarers’ rights, but in the evolution of shipping itself. But we refuse to be sucked into the vortex of rising expections from what is undoubtedly a watershed international treaty. Indeed, we have huge reservations which some might consider as bordering on skepticism. We have three good reasons:

There will always be bad shipowners in spite of strict Port State and Flag State inspections under MLC 2006. If compliance with international maritime regulations were a simple matter of law enforcement, we would have long ago seen an end to substandard shipping and such wicked practices as double bookkeeping and the doctoring of ship’s documents to cover up misdeeds.

Fear of recrimination may well discourage seafarers from coming forward and reporting MLC 2006 violations. Seafarers from the Philippines and other developing countries are generally not a complaining lot. Many are afraid of losing their jobs, which makes them vulnerable to initimidation and harassment from shipowners, shipmanagers and their manning agents.

MLC 2006, to be successful, requires a sea-change in the way shore staff and even senior ship officers treat seafarers. How could this happen anytime soon? In Manila, the world’s crewing capital, maritime cadets serve for months on end as unpaid office help in exchange for the chance to go to sea. The flunkey system is as exploitative as human trafficking; yet manning agents and even the unions see nothing wrong with it.

It’s a damaged maritime culture and one encounters it not only in Manila. How to change it? The answer cannot be found in any maritime convention but in the hearts and minds of all those who comprise the world shipping community. Grandiose as it may sound, what we need is a spiritual transformation of shipping. ~Barista Uno