One writer’s uncustomary view of the maritime world 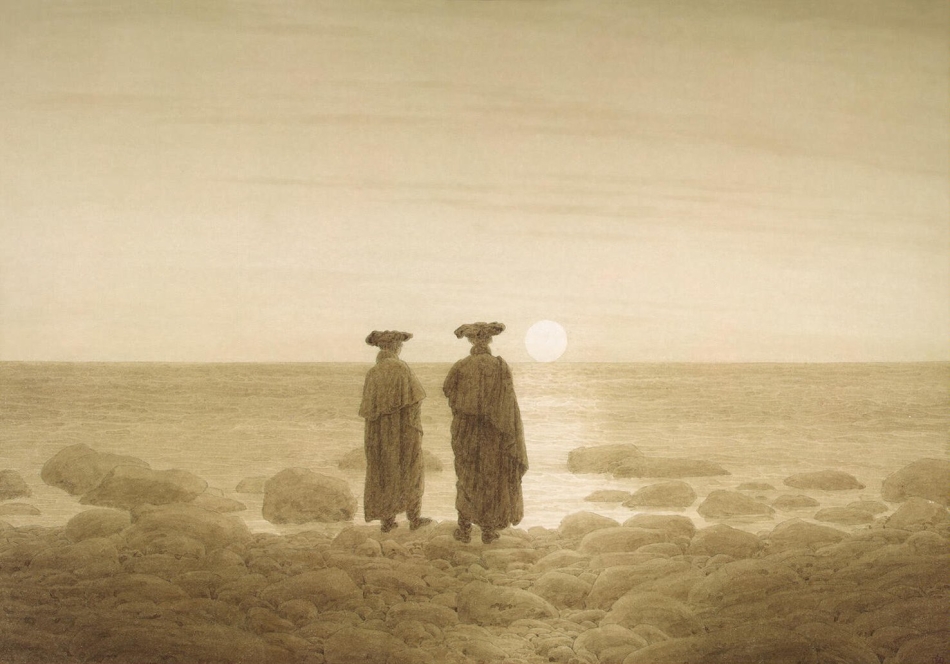 Marine Café Blog has always been unorthodox and, in many cases, even irreverent. Its aim is simple and has not changed since its launch in August 2009: to share ideas and information in the hope that readers will see things in a new light. That light could be unsettling, but it could also, I believe, be wonderful — like the light depicted by 19th-century German Romantic painter Caspar David Friedrich in Moonrise (pictured above).

Not everyone, of course, will be pleased by what they read on this website. Not all the time, anyway. One British chap who produces maritime training films once called Marine Café Blog “opinionated”. Not too long ago, a British shipping editor used the phrase “shooting from the hip” to describe Barista Uno. I have learned to take such silly comments in stride. It is par for the course — an occupational hazard of writers who would rather write honestly than kiss ass.

Fortunately, many readers who have been following Marine Café Blog understand what it has been trying to convey over the past nine years. One of them is Reid Sprague, an American old salt and maritime executive. He has put into words, more clearly and elegantly than I can, my world view as a maritime writer. In his foreword to my 2017 ebook Maritime Double Shots, he wrote:

One of BU’s (Barista Uno) distinguishing characteristics is his humanity. Read a bit of his writing, and you will discover a man whose knowledge of human nature — in all its glory and its folly — throws an unusual light on the day–to–day workings of our industry. An illustration: “The culture of maritime safety should proceed from the premise that all human life is precious. How can seafarers be expected to imbibe this culture when they’re treated no better than commodities coming out of the factory?”

And, going deeper: “Is there a subtle but strong connection between one’s love for the sea, good seamanship and maritime safety?” In addressing the wellsprings of human action from profane to sublime, BU takes safety culture, professionalism and maritime education to a powerful level that regulatory rulemaking can never address…

BU can also draw back and see the shipping world’s power and beauty: “There’s a certain energy, a rhythm that doesn’t seem to falter even when the shipment is colossal.” And: “For reasons that are not hard to fathom, the sea has provided the impetus to some of the world’s greatest and best loved poems. It is beautiful. It is daunting. And above all, it is mysterious.”…

BU tellingly illuminates many aspects of this profession that we love (and sometimes don’t). His intimate knowledge of the shipping world’s shakers and movers takes us from school to
vessel to boardroom. He quotes poetry, discusses art, and analyzes semantics. He highlights the role of maritime history and art in building a modern maritime culture that promotes safety, professionalism, and pride. He scrutinizes convention and skewers the status quo. And he does it all with engaging honesty.

No writer is worth his salt who is not misunderstood. On the other hand, to be understood by those who are not taken by appearances — who can see beyond what is usual, traditional, or accepted — is a welcome thing. In fact, it can be a writer’s greatest reward.