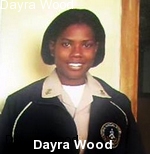 The ITF (International Transport Workers’ Federation) is calling on the Panamanian and Mexican authorities to reveal the results of their investigations into the death of the young engineering cadet Dayra Wood Pino, 22, aboard the Panamanian flagged products tanker El Valencia – and to answer questions about her death, why her family weren’t informed about it for several days, and why the ship was allowed to proceed for an incredible 17 days with her body onboard.

ITF Panama inspector Luis Fruto was the first person to raise questions about the case. He explains what happened: “The El Valencia was sailing from the Pacific coast of Panama to the Atlantic through the Panama Canal. It stopped between 27 July and 30 July due to steering problems, then anchored at Puerto de Cristobal (Panama) on 30 July and set sail for Ciudad del Carmen (Mexico) at 01.10 on 1 August 2012. The reason for the voyage is unclear; the Mexican authorities have told us the ship did not have a charter contract.

“The fatal accident happened on 4th August at latitude 19 16.7 N – longitude 083 46.8 W. At 04.00 the first officer, along with the cadet and oiler Dayra Wood (a graduate of the International Maritime University of Panama on her first voyage) went on watch. At 04.50, working alone, she made ready to transfer the bilge to the slop tanks in the engine room. At 05.00, she asked another cadet for help to get the emergency pump in place to discharge the bilge because the ship’s pump was faulty. We don’t understand how the PMA (Panama Maritime Authority) authorities gave this ship permission to sail when it had so many defects.

“According to the note issued by the captain, the first officer heard Dayra calling out his name in desperation. The note says that when he saw her caught up in the mechanism, his immediate reaction was to stop the machine using the emergency button. He went to Dayra Wood and found her dead.

“At 05.35, Captain José Galloway went down to the engine room. At 06.10, he called Javier Garcia at the ULTRAMAR agency in Panama. At 06.20, he called Cesar Centella at the agency in Panama and the latter e-mailed him a death certificate and information on the steps he should take. At 08.45, the body was removed from the scene of the accident.

“All this happened on 4 August and we do not know why the company waited three days before officially informing the AMP (Panama Maritime Authority) on 7 August. It was only on 18 August that the PMA then informed the Mexican authorities, even though Dayra’s body was still on the ship, and being kept in the its refrigerator.

“The delays were unforgivable. Having received no reply from either the AMP or the University, I contacted my fellow ITF inspector Enrique Lozano, who is based in Veracruz, Mexico. He was able to tell me that the ship had already left Ciudad del Carmen and was refuelling in Dos Bocas – still with the body onboard. Knowing that Dayra Wood’s family had now been notified of her death, we decided to expose what was going on. It was only then, after it had been reported on the television, that the AMP ordered the detention of the ship, on 20 August in Puerto de Veracruz, Mexico. 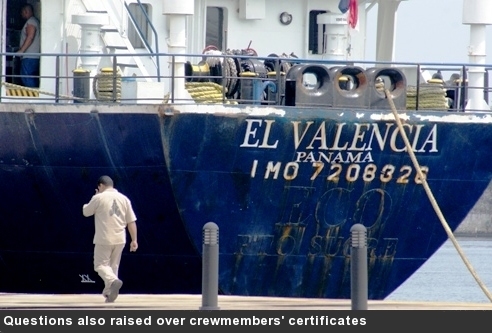 “Another two days passed because it was not clear whether it was the AMP or Mexico who had jurisdiction over the ship. Even then Dayra’s body was still not removed from the refrigerator and brought ashore. Nineteen days after the accident, on 23 August, I travelled with the deceased’s brother to Veracruz (the plane tickets were paid for by the Panamanian Association of Merchant Navy Officers (Asociacion Panameña de Oficiales de Marina). We were met by Enrique Lozano, ITF inspector and member of the Orden de Capitanes de Mexico, and Captain Ysmael Garcia, general secretary of the same union, who extended his hospitality to us at his own cost.

“On 24 August, with the assistance of the ITF-affiliated union in Mexico, we gave a press conference to try and speed up the case and allow the deceased to be given a burial. The following day her body was finally taken for a post-mortem. On 27 August, we met the Veracruz harbour master who gave us his total cooperation, and the next day we returned to Panama.

“On 29 August, the remains of Dayra Wood were transferred to Panama. On 31 August, almost four weeks after her death, she was given a Christian burial.

“The investigation continues. It raises multiple questions. We have reason to believe that the certificates of some of the crew on the ship need examination, following rumours that some of them were bought. The AMP has withdrawn the ship’s certificates and the owners have reportedly tried to change the flag. Why didn’t the PMA notify the Mexican authorities immediately? Why did the Mexican authorities not detain the ship when it put into Ciudad del Carmen or Dos Bocas with a weeks-old body onboard? These are questions that must be answered in order to clarify the circumstances of Dayra Wood’s death.”

Databases list the owners of the El Valencia as Top Agents Ltd of Panama City. However, they are believed locally to be the Fernández brothers, who run the Astilleros Braswell shipyard in Panama. (contributed article)