People at the beach in timeless vintage photographs

Some old photographs are not merely old. They are vintage, a word one would use to describe quality wine which gets even better with age. I have assembled six such photographs to make the following essay on a popular subject: people at the beach. They were taken before the Great Age of Photoshop, when any editing was painstakingly done by the photographer inside the darkroom. Some of the pictures bear the ravages of time. Yet, they live on. As one character in William Faulkner‘s 1951 fictional work, Requiem for a Nun, said: “The past is never dead. It’s not even past.” 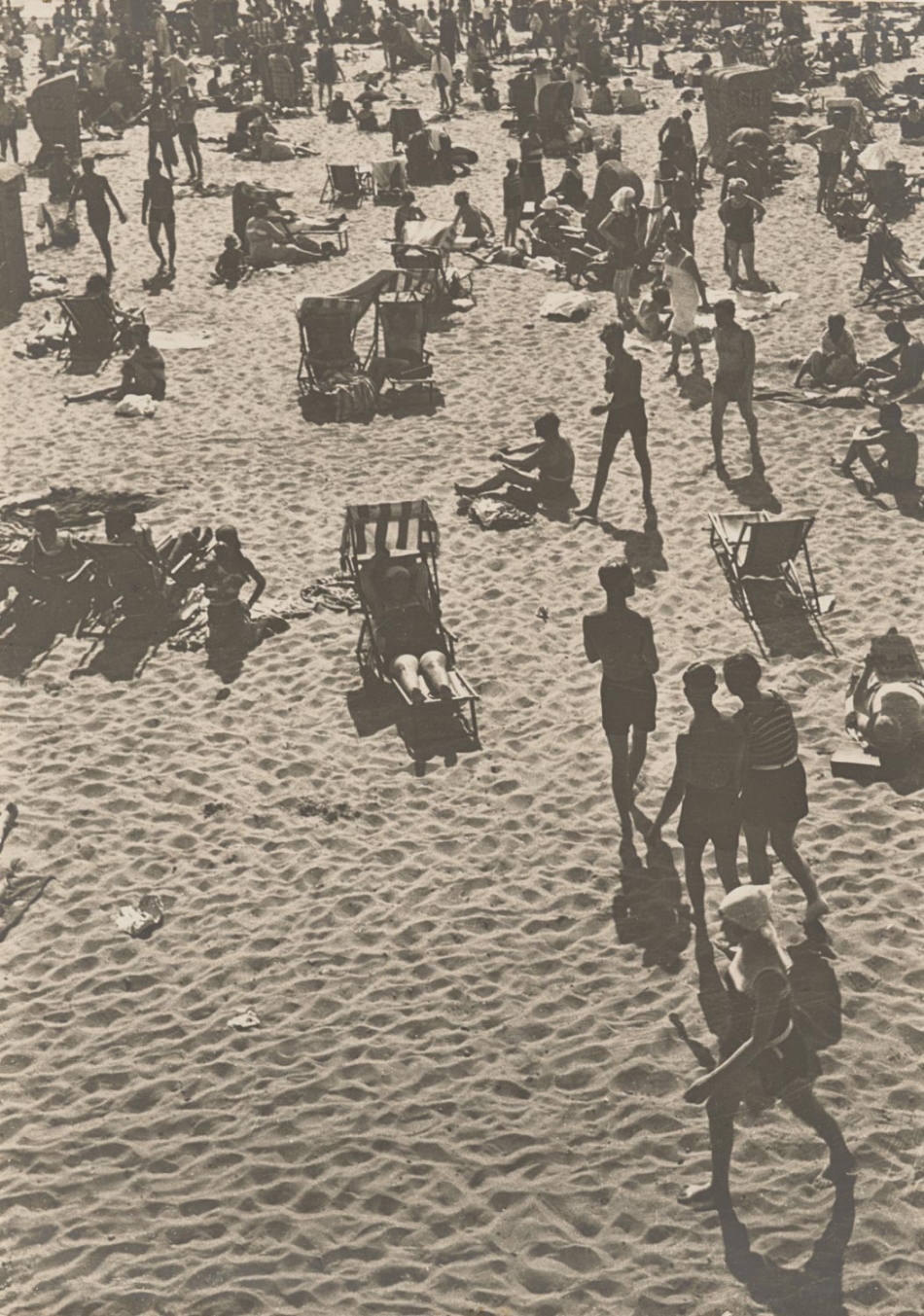 Humans are hopelessly social creatures. They like companionship. They flock to the beach like an army of sea lions to bathe and bask as well as to watch others. The narcissists and exhibitionists in the crowd love to be seen, blissfully ignoring the fact that they are part of one anonymous mass. 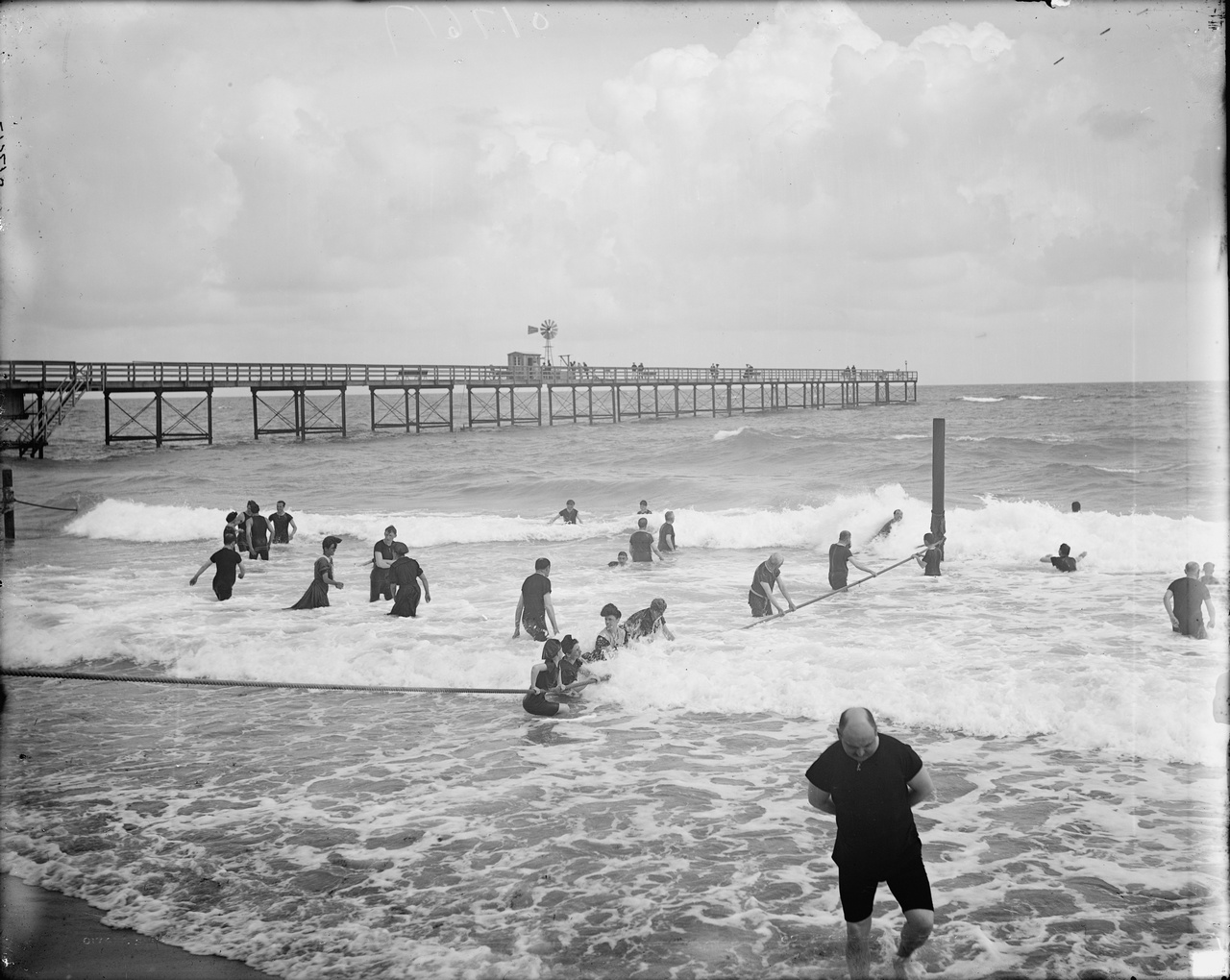 Who cares if there are many people around? The beach is not only a place to have fun. It has healing powers, which The Atlantic magazine describes in an article, The Historic Healing Power of the Beach. Writer Adee Braun notes: “Long before the beach was a theater of bodies stuffed into tiny suits, exposing as much skin as possible to the sun, beach-going was often a strictly medical undertaking. For centuries we looked to the sand and surf as a fully-stocked pharmacy. But first, we had to get over our fear of the sea.” 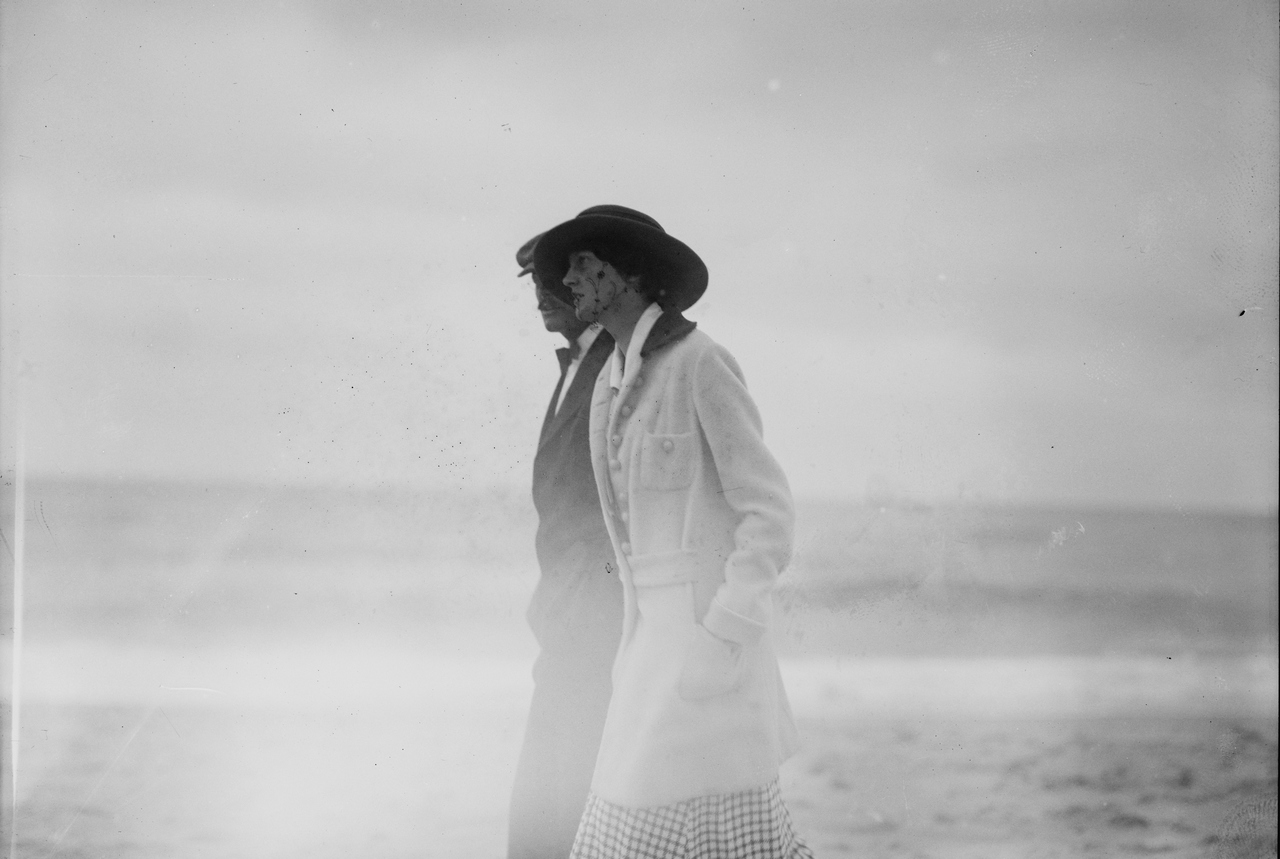 To be away from the madding crowd, even for a few moments, can be therapeutic. A stroll on the sand — alone or with some congenial company, in grey or sunny weather — is a rewarding experience. 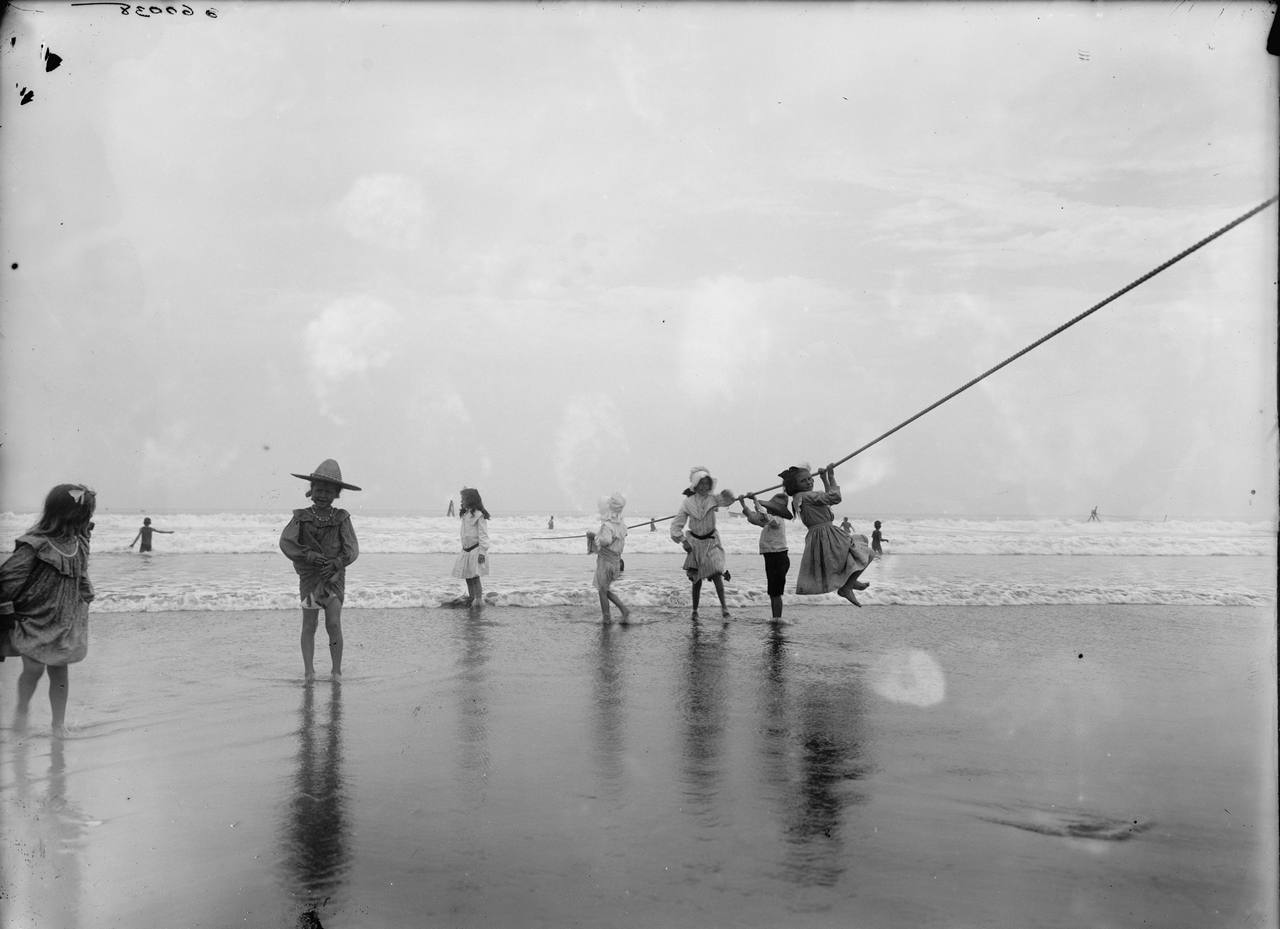 Childhood ebbs away. But thanks to old photographs, it flows back to touch the shore once again, reminding us of how saltwater tasted and smelled when we were young and uninhibited. Suddenly, we remember what we had forgotten and almost lost. 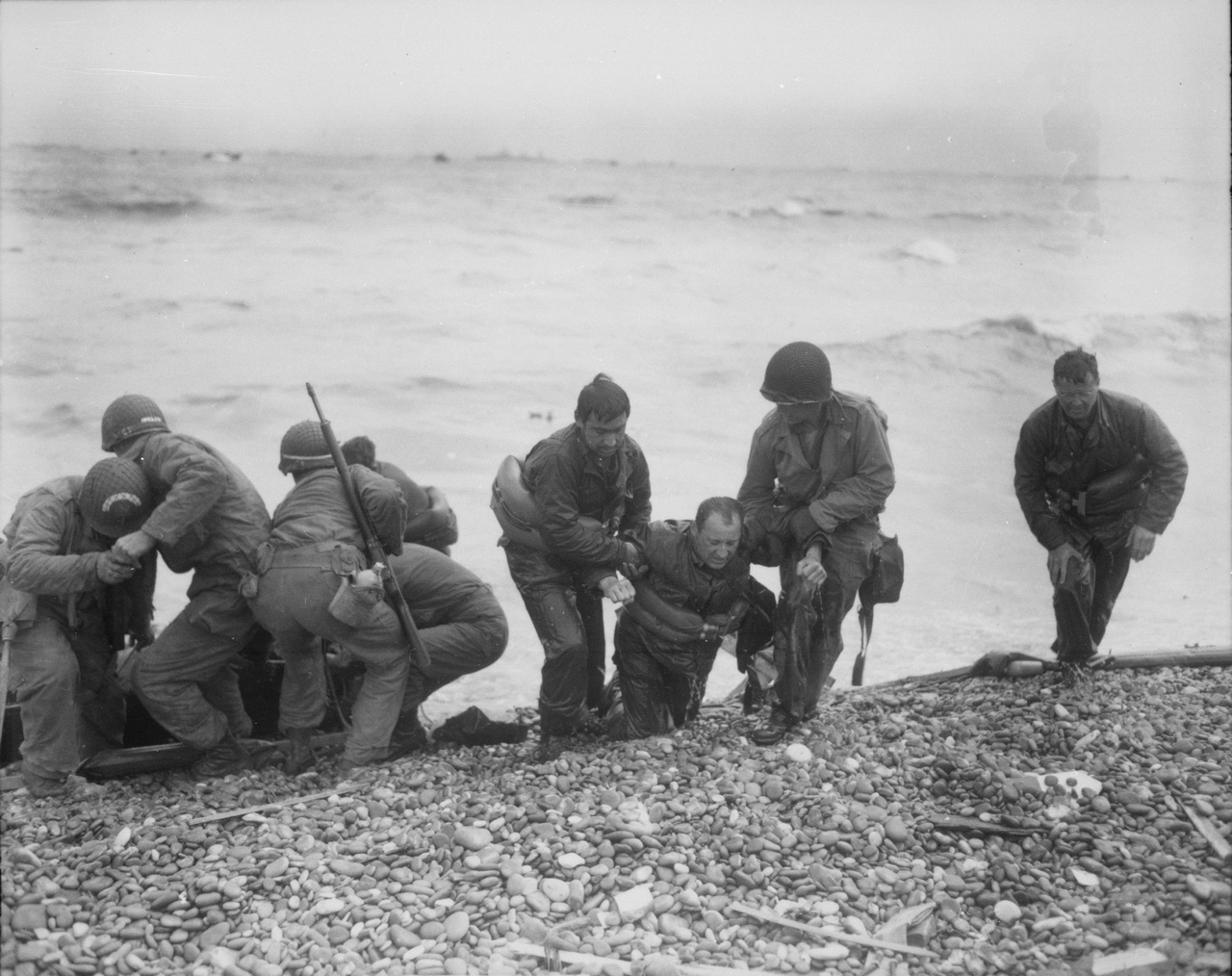 Members of an American landing party lend helping hands to others whose landing craft was sunk by enemy action off the coast of France. These survivors reached Utah Beach, near Cherbourg, by using a life raft, 1944
Unnamed photographer / U.S. National Archives and Records Administration

The beach is not safe from the destructive hand of man. The Allied invasion of Normandy on 6th June 1944 transformed its beaches into a bloody theatre that put to shame the Roman gladiatorial arena. Allied casualties on what is known as D-Day have been placed at 10,000-plus with 4,414 confirmed dead. The Germans, on the other hand, lost an estimated 4,000–9,000 men [from Wikipedia]. Even so, the spirit of brotherhood and compassion can shine through the dark clouds of war, as this dramatic photograph shows. 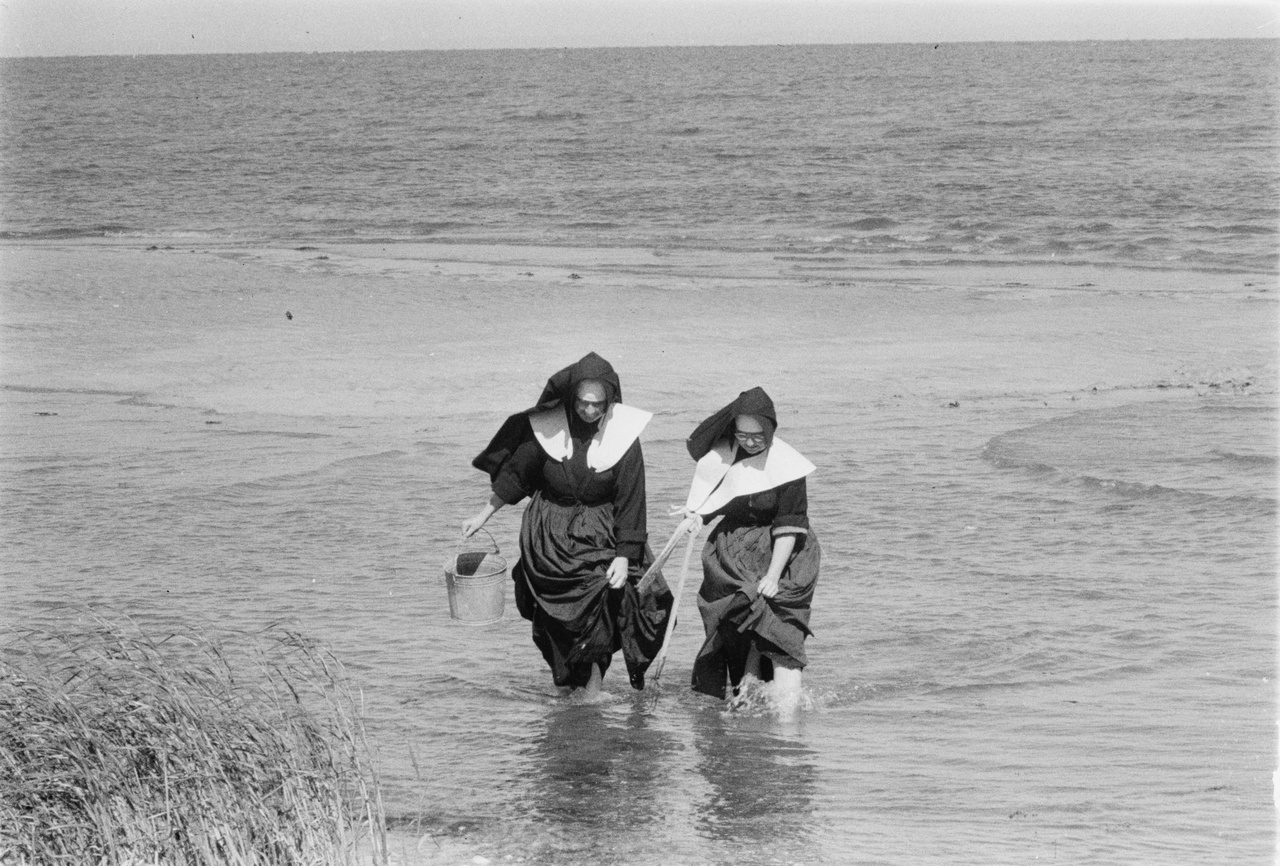 The plain truth is that wars have killed countless more people than have perished in natural disasters. “The sea has never been friendly to man,” wrote Joseph Conrad in his 1905 novel, The Mirror of the Sea. In fact, the sea has harvested so many lives that it may be called the world’s largest cemetery. On the other hand, it is also the great sustainer and provider. As long as it has not been ruined by man, even the beach can offer up food for those who seek it.