Plagues and pandemics: 7 powerful works by artists of old

People are being bombarded daily with news of the coronavirus pandemic. Many must be tired of the subject. So why would Marine Café Blog share artworks that depict past plagues? First, because they remind us that massive outbreaks of diseases are nothing new. Second, because art can help us deal with our own emotions and sublimate them into some form of activity — such as doing something creative or helping others in these dark, tumultous times. 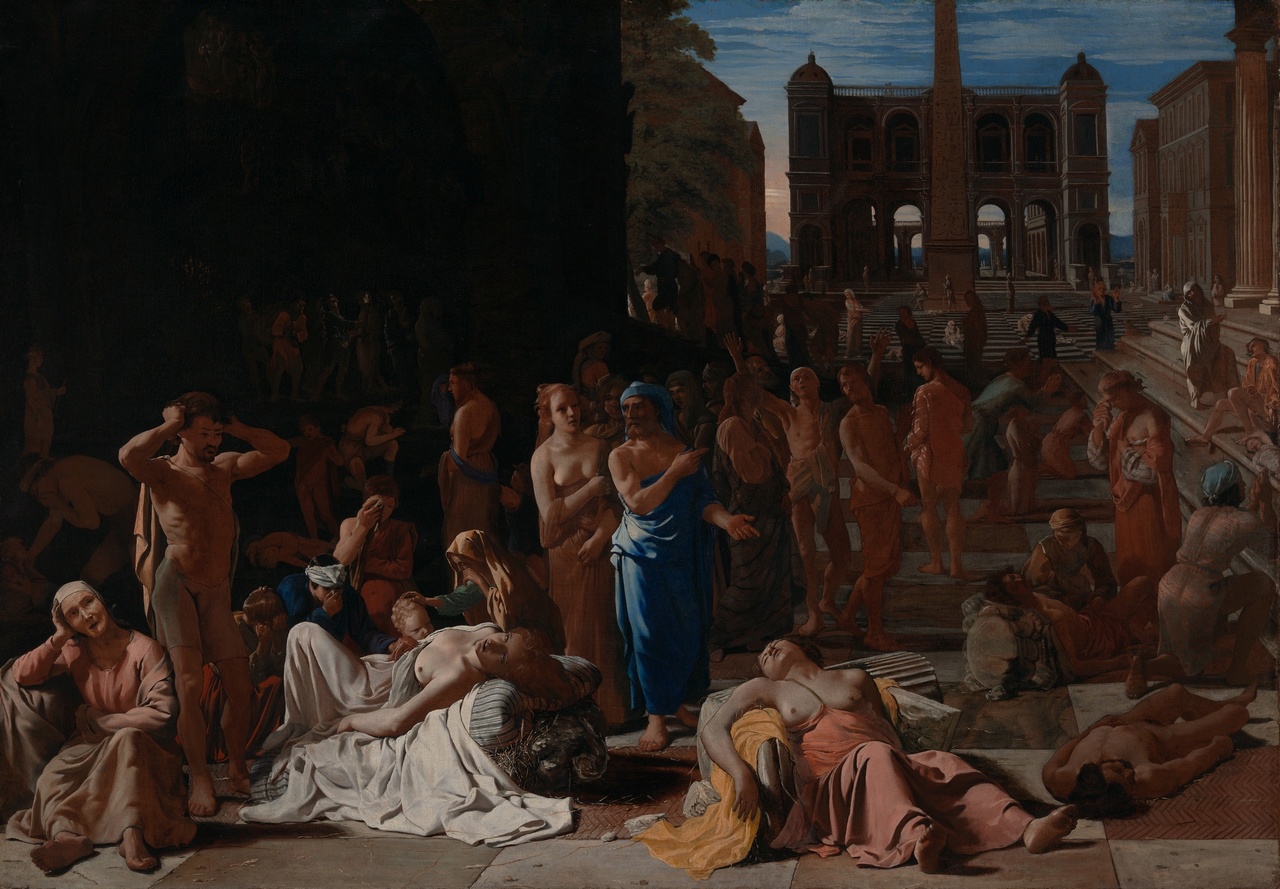 The plague seems to have sapped the vitality of the city in Baroque artist Michael Sweerts’ painting. The figures look static and even laid-back. However, a closer look will reveal many varying expressions of anguish, dread and despair. 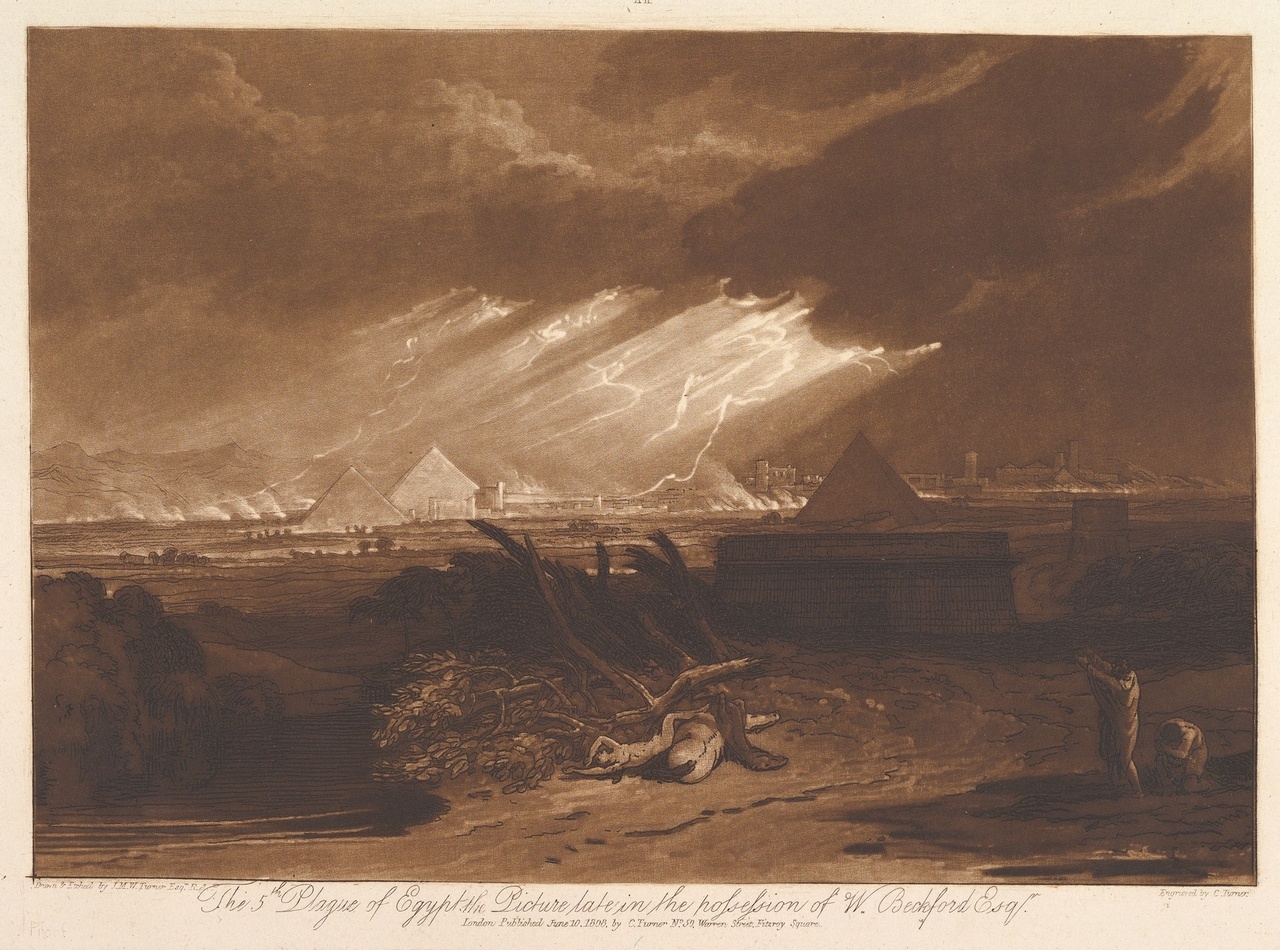 Turner’s powerful etching depicts the plague of hail — the seventh (not the fifth as the title erroneously states) of ten plagues the Bible says God inflicted on Egypt. It shows the moment when Moses (on the right side) “stretched out his rod toward heaven; and the Lord sent thunder and hail, and fire darted to the ground. And the Lord rained hail on the land of Egypt” [Exodus 9:22-23]. To reinforce the image of destruction, the foreground shows two dead horses and a dead man lying next to a fallen tree. 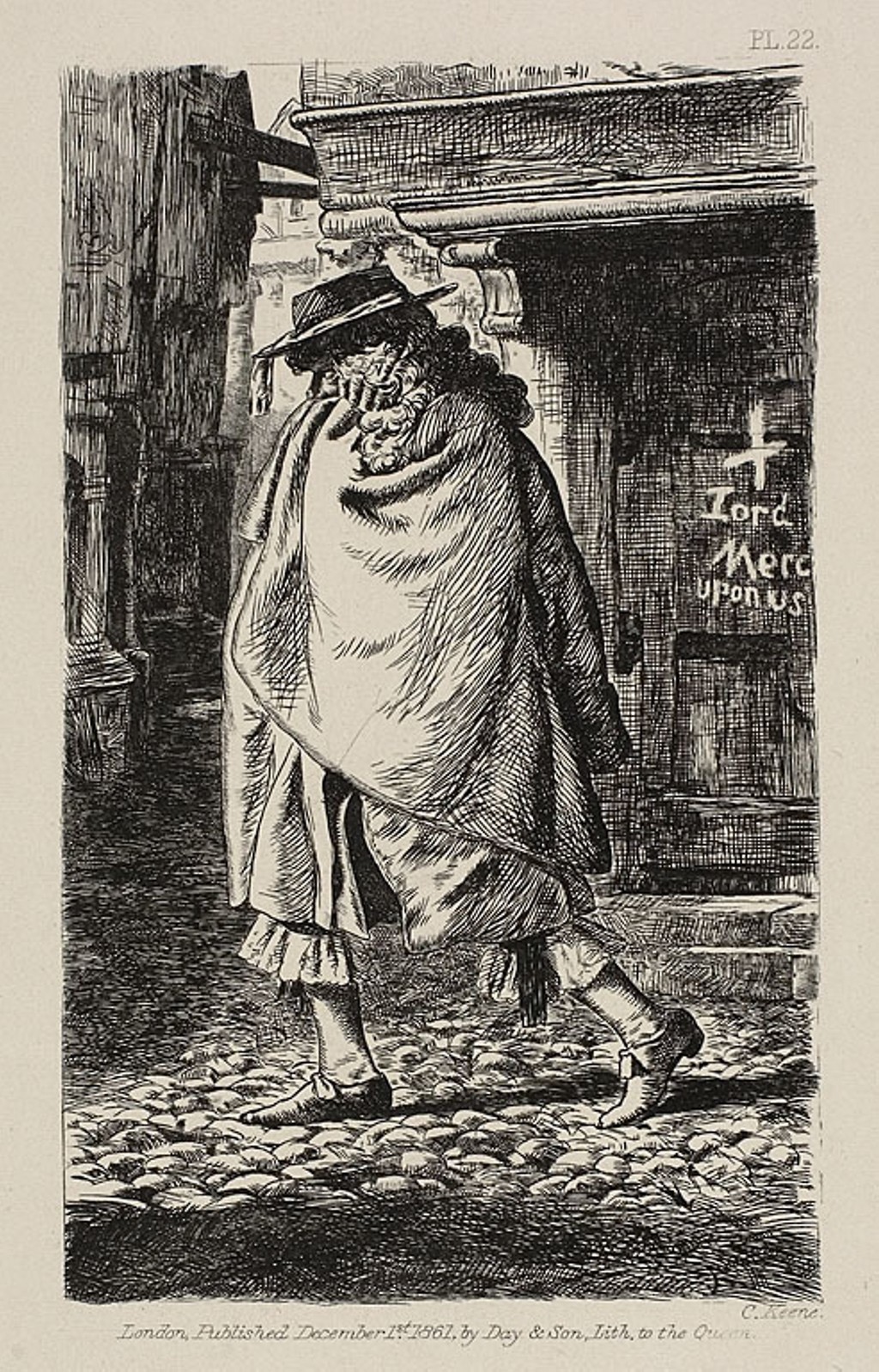 A Cloaked Figure Passing Through the Street (at the Time of the Plague
in London), 1861
Charles Samuel Keene (British, 1823 – 1891)
Source: Art Institute of Chicago

The solitary figure of a fully covered man walking along a cobbled street is enough to stoke fear and a sense of foreboding. Learn more about the Great Plague of London (1664–65) in Daniel Defoe’s A Journal of the Plague Year (click here to download the PDF edition). 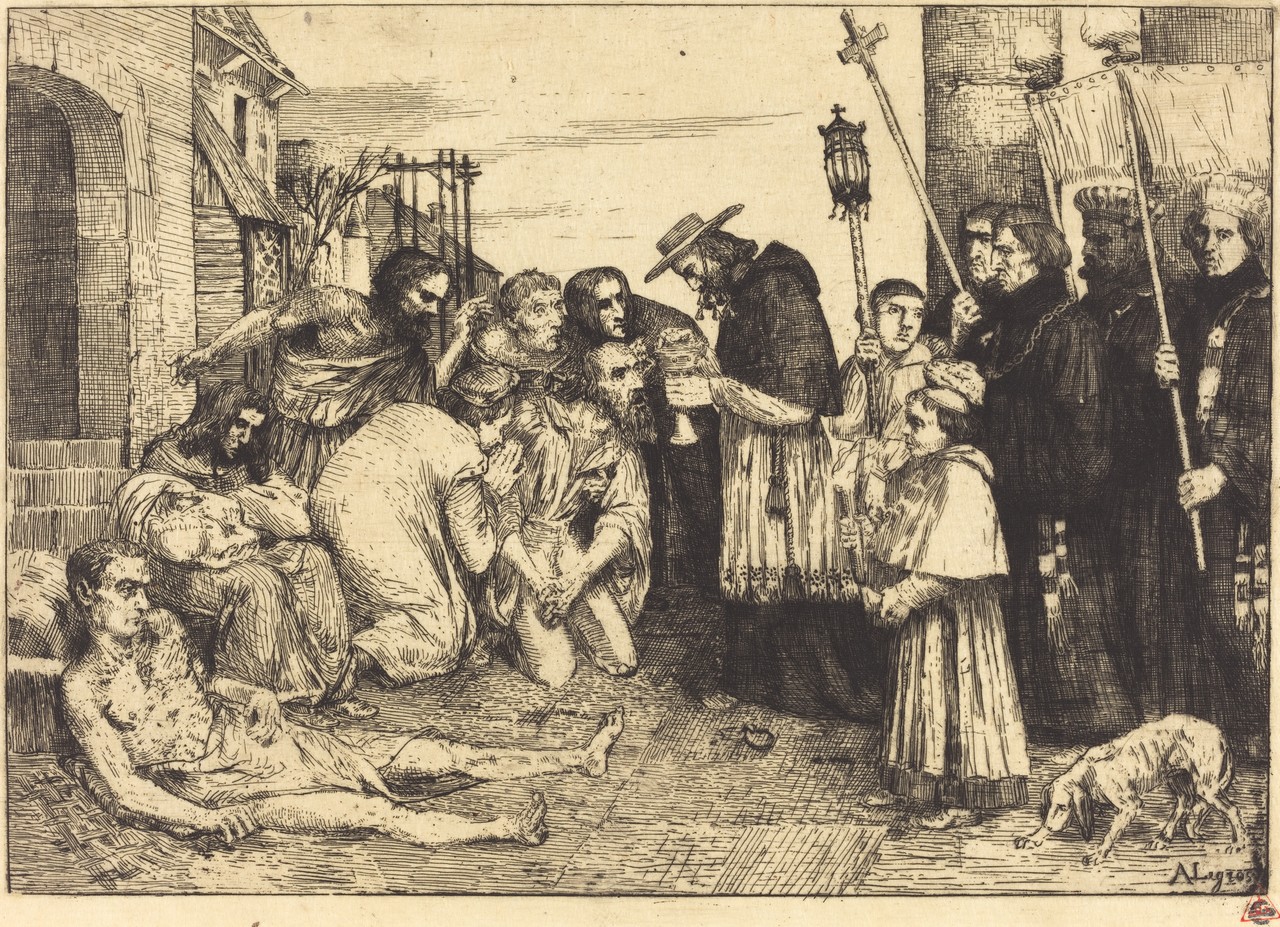 In times of calamity, many turn to religion. The priest giving Holy Communion in Alphonse Legros’ etching obviously could not stop the plague. But who can doubt that he gave the afflicted a sense of peace and perhaps even hope? 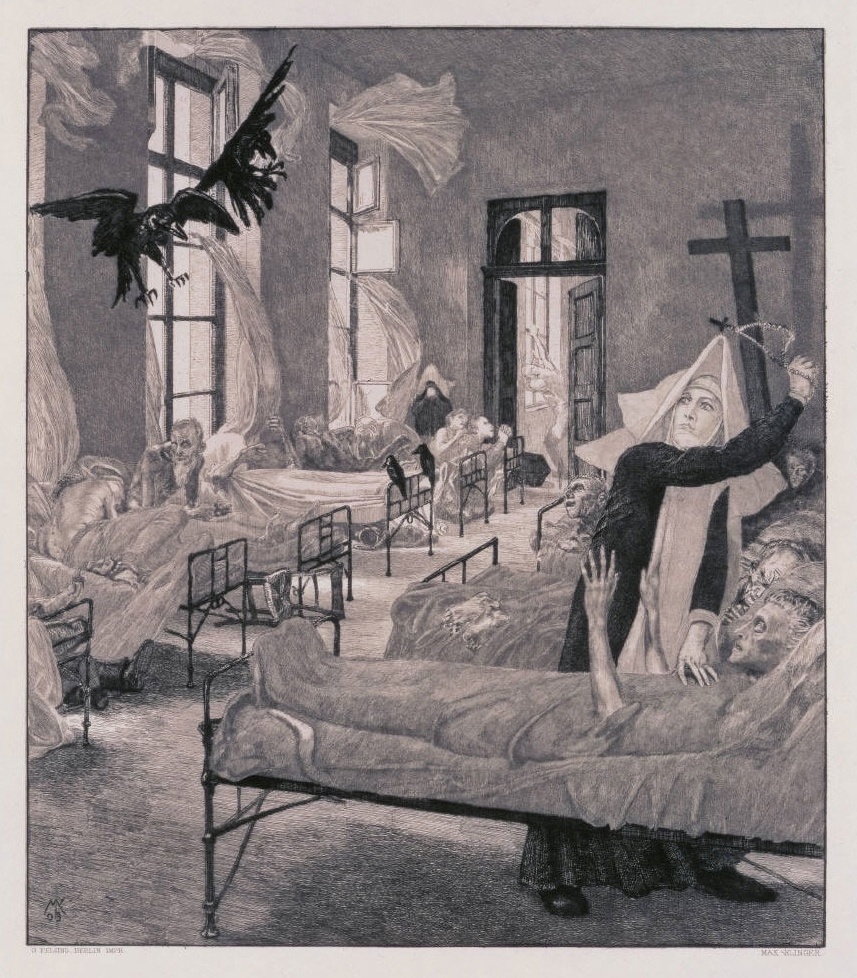 In Klinger’s engraving, the spectre of death pervades the hospital ward to strike terror amongst the patients and the nurses who are caring for them. The image seems all too familiar to those who watch cable TV for news of COVID-19. 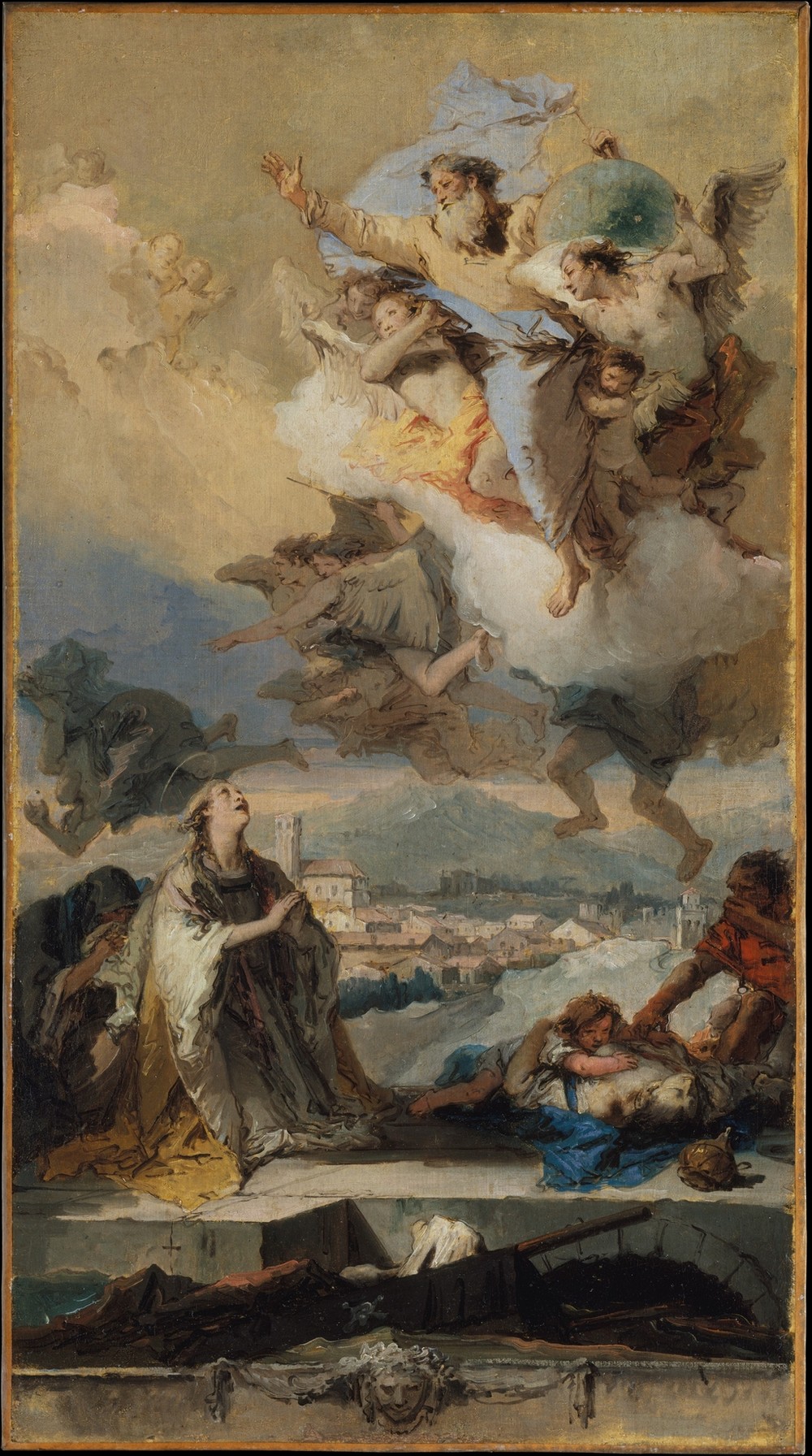 Who can say that prayer does not help during a pandemic? As Mahatma Gandhi wrote, “prayer is not an asking. It is a longing of the soul. It is a daily admission of one’s weakness.” 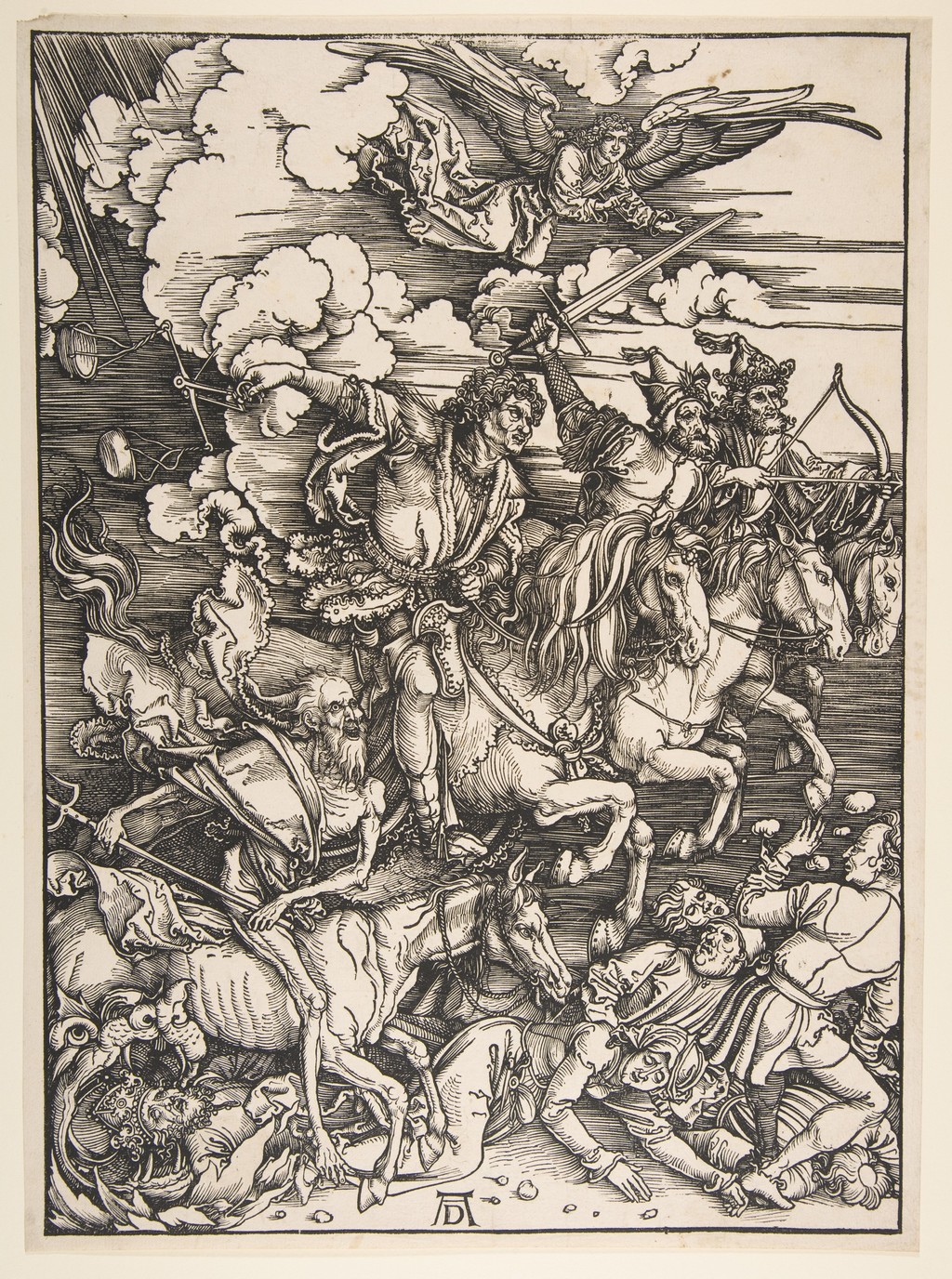 One need not be a Christian to believe in the Biblical story of the Four Horsemen of the Apocalypse (Revelation, 6:1–8) . The world constantly witnesses all four as depicted in Dürer’s woodcut— Death on his pale horse, Famine with his weighing scales, War waving a sword, and Plague with his bow and arrow.