Popeye the Sailor and macho culture in the 21st century 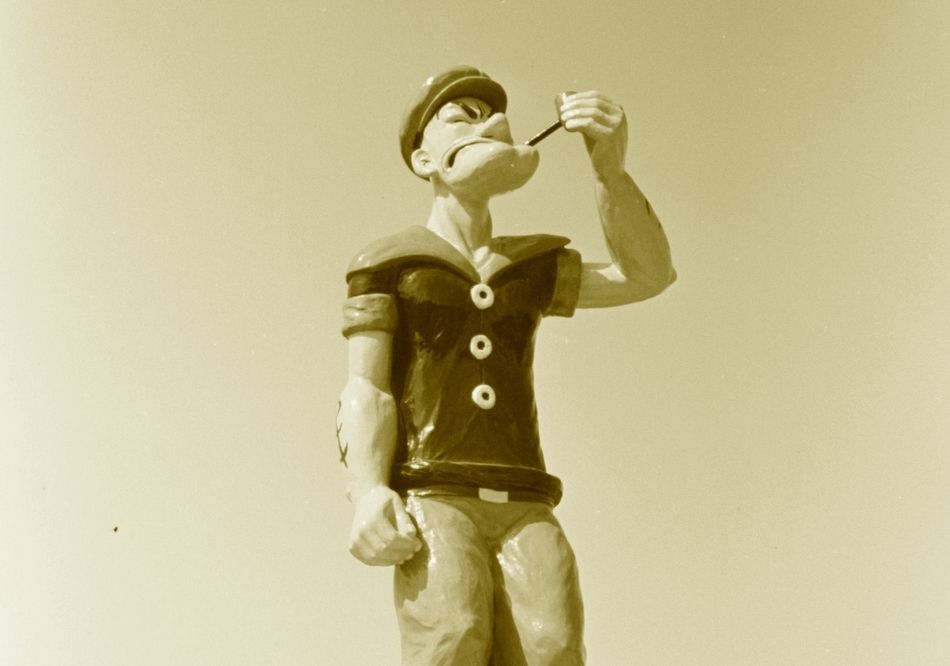 Popeye first made his public appearance in 1929 in Elzie Segar‘s newspaper cartoon strip, Thimble Theatre. He has since become a household name. A Britannica online encyclopedia article describes him as “a scrappy little seaman with bulging forearms, a squinty eye, and a screwed-up face, punctuated with an ever-present pipe in his mouth…always ready for a fight instead of a reasonable discussion, has a gravelly voice, and is constantly mumbling under his breath.”

Pugnacious and wisecracking, Popeye the Sailor has endeared himself to millions of cartoon fans. Britannica calls him “an international folk hero”. His appeal stems partly from his no-bullshit manner of talking (“I yam what I yam, and that’s all what I yam,” he loves to say). But mostly it comes from his image of the aggressive male and of musculine strength, which unfailingly breaks out after he eats a can of spinach. It is an image that many men as well as women apparently find attractive. Indeed, Popeye represents a macho culture that continues to thrive today in spite of feminism and the clarion call for gender equality.

The following Popeye videos are both entertaining and enlightening. Enjoy watching. For more about Popeye the Sailor, click here.

Popeye and his arch-rival Bluto (aka Brutus) engage in a battle of strength in this hilarious episode which feminists would love. Instead of being impressed, the gangling Olive Oyl is annoyed by their puerile one-upmanship. She shows them what real strength is and then fixes the huge mess they created.

It’s the Natural Thing to Do

At the request of their fans who are tired of the rough stuff, Popeye, Bluto and Olive try to learn to act with refinement in a self-training session. But they all find it excruciating, and they revert to being less than “ladies and gentlemen”.

As this video illustrates, politics is fertile ground for macho culture. Today, those running for office may not engage in a contest of strength as Popeye and Bluto did. But it’s the same game of showing who’s the better man — an adrenalin-spiking sport involving artifice, backstabbing and promises to the spectators. 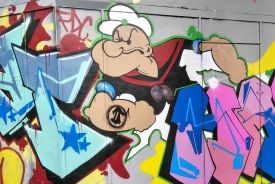