Pushing back on wellness training for seafarers

by Barista Uno | May 7, 2019 | Manning and Training, Seafarers' Rights and Welfare 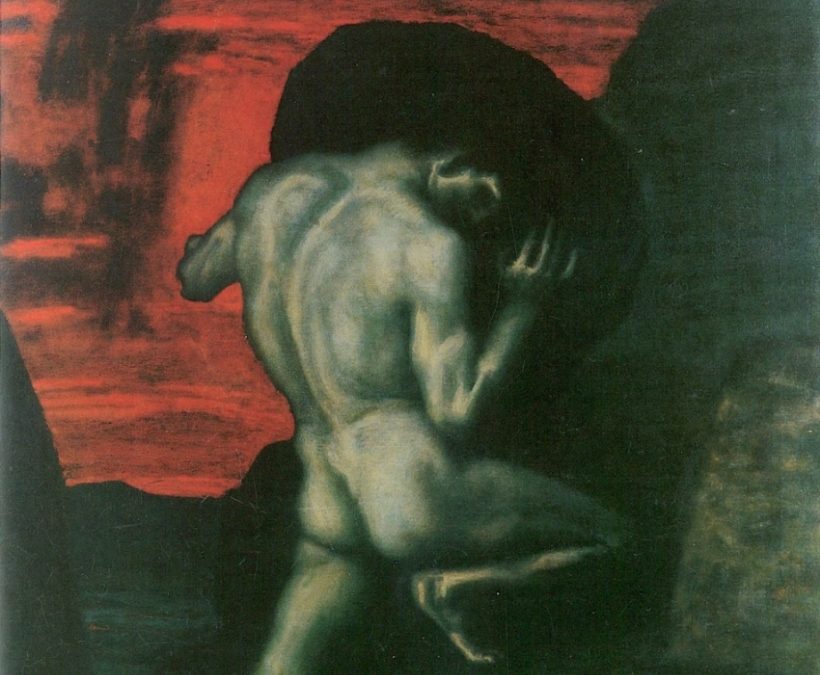 The UK-based Sailors’ Society has harnessed social media to clamor for the amendment of ILO Maritime Labour Convention, 2006, to make wellness training mandatory for seafarers. So why not do the same to counter the whole silly idea? As a follow-up to Marine Café Blog’s commentary in late April, I decided to post memes on Facebook, LinkedIn and Twitter criticising the move.

In this one-man campaign, I feel like Sisyphus pushing a huge rock up a hill (pictured above in a detail of German artist Franz Stucks’ 1920 painting). The Sailors’ Society, after all, is a Christian charity with a worldwide network. It enjoys plenty of prestige. Perhaps more important, it has the manpower and money to sustain an orchestrated drive to push its agenda.

Even so, the very idea of imposing yet another onus on seafarers is so egregious it has to be thumbed down by all right-thinking maritime professionals. For sure, It would only add to the hardship of those who toil at sea whilst increasing the profits of training centres, training consultants and other enterprising characters.

Sadly, the shipping community and the docile maritime press seem to have adopted an acquiescent attitude. The maritime unions certainly have not questioned the plan to make wellness training mandatory. And most seafarers are too preoccupied with jobs, cars, women and politics to give a damn.

But there are some who have openly expressed their cynicism, if not ther anger, over the plan. Here are some of the interesting comments from active and former merchant sailors who reacted to my recent online posts (I have left out the names, although the remarks were made publicly):

“Wellness” training will be some politically correct nonsense that will not improve life at sea one jot. Money would be better spent on onboard facilities.

More expensive and time consuming ‘training’. All on the backs of sailors. The COMPANIES cause most of the issues in the maritime industry, but so many of them are blamed on the sailors and they are always the ones that have to deal with it.

Ouchhh!!! Another mask of exploitation.

Fix the causes of pain for seafarers, not just their ability to tolerate it.

I see plenty of money and soft jobs ahead for whoever it is that is pushing this nonsense, and just more hassle for seafarers.

Wellness cannot come from training. It’s like training for happiness. How does one train for that?

The Sailors’ Society do-gooders are not likely to pay any heed to such sentiments. Mesmerised by their own rhetoric, they sincerely believe that they are doing seafarers a favour. Never mind if their good intentions might have unintended consequences. In this sense, they have become one body with the maritime establishment.