Puzzle: Is there ‘pass’ or ‘fail’ in EMSA inspections? 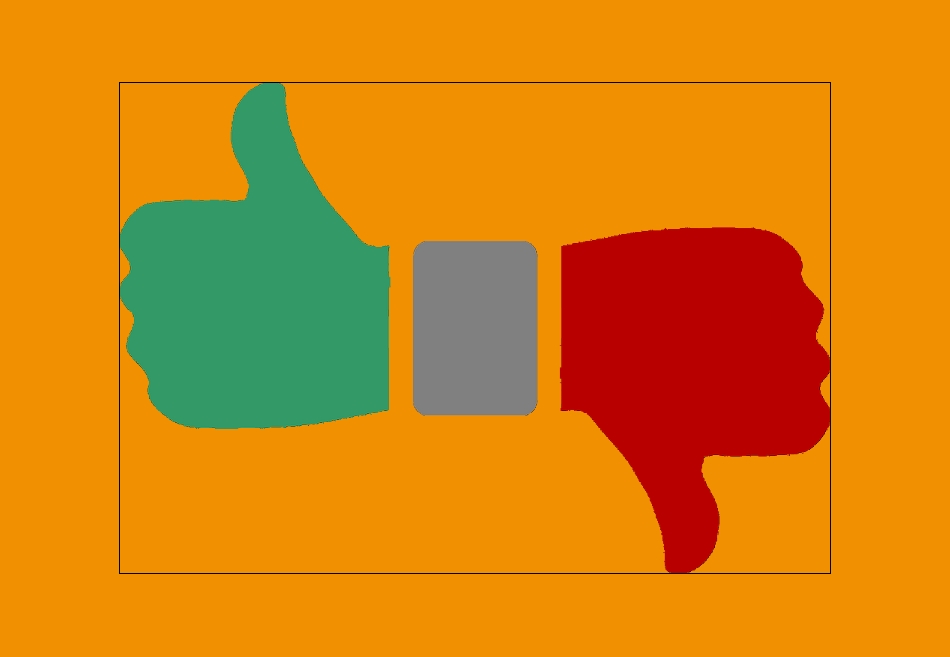 Does a country pass or fail the inspections conducted by the European Maritime Safety Agency (EMSA) to review its compliance with the International Convention on Standards of Training, Certification and Watchkeeping for Seafarers (STCW) ?

It may seem strange for Marine Café Blog to raise the question. After all, everyone has been talking of the Philippines having “failed” the string of EMSA audits since 2006. Filipino maritime officials are expressing optimism that the country will “pass” the next one in March 2020. In turn, the two terms are bandied about by the press, which has done a great deal of sloppy reporting on the subject.

They all make it sound like the EMSA inspections were some kind of school examination where the student is given a certain score or grade. And there lies the problem. EMSA never uses the terms “pass” and “fail” in any of its inspection reports. Those who do so misunderstand the nature and purpose of the inspections, which is clearly stated in the EMSA website: 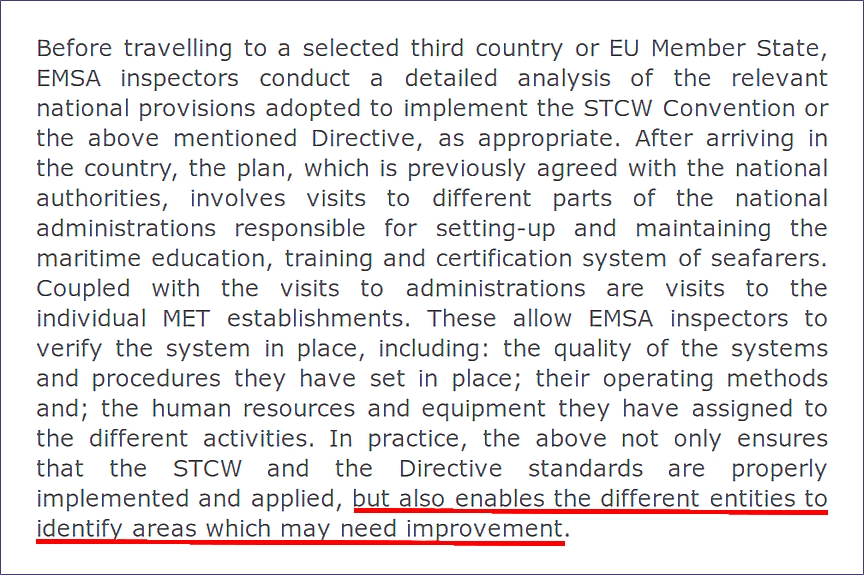 One other point is worth noting. EMSA refers to its review of STCW compliance by EU- and non-EU countries as “inspections”, not as “audits”. It probably won’t matter if it employed the latter term. But EMSA officials apparently are being discreet. They don’t want to give the impression that EMSA conducts its systematic assessments with the end in view of issuing a certification as audit bodies normally do. The job of finally determining if a country has fully complied with the STCW regulations belongs to the European Commission.

Such distinctions should shed light on the EMSA inspections and explain why the EMSA team keeps coming back to Manila. But how many Filipinos and members of the local and international press will bother making them? In the maritime world, the herd mentality rules.