The sea — this truth must be confessed — has no generosity. No display of manly qualities — courage, hardihood, endurance, faithfulness — has ever been known to touch its irresponsible consciousness of power.

Thus wrote the Polish-born author and merchant ship captain, Joseph Conrad, in his 1906 novel, The Mirror of the Sea. The following underwater photographs reflect the power that Conrad spoke of. However, they do much more. They are powerful reminders of the brevity of life, the fickleness of fortune and the hubris amongst sailors and men in general. 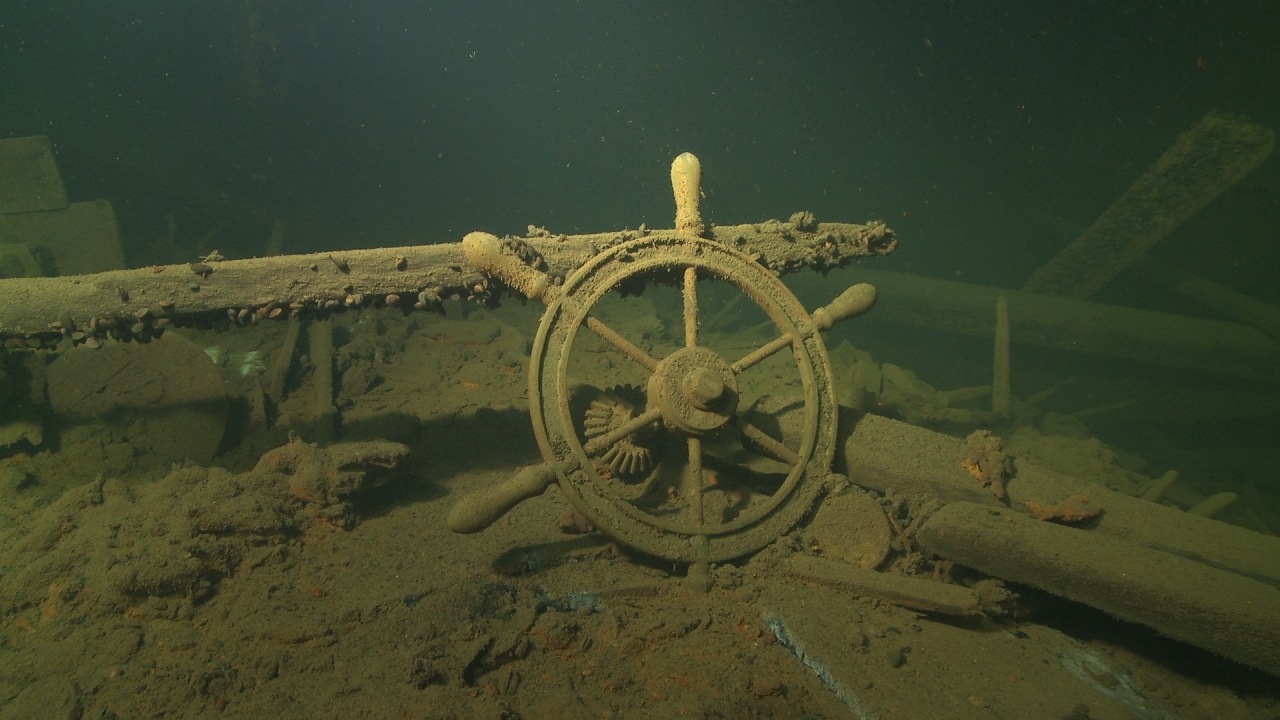 The ship’s wheel of the SS E. Russ stands forlorn at the bottom of the sea — a stark reminder of the natural and man-made dangers faced by sailors. During stormy weather before dawn on 15th September 1919, the 1909-built merchant ship struck a floating mine off Tahkuna Peninsula in Estonia. Fortunately, everyone on board was saved with one crew member reported injured. Details of the ship and the accident can be found here. 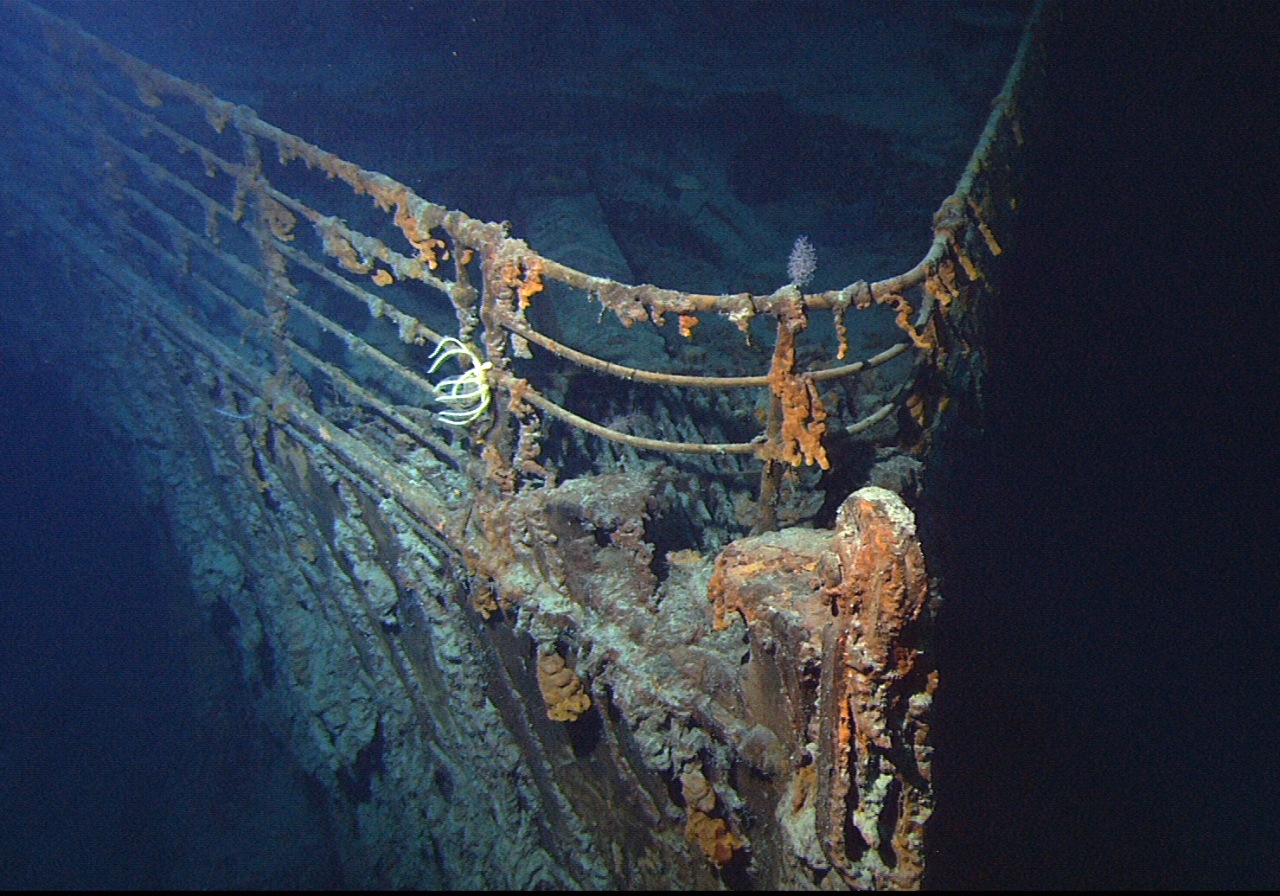 View of the bow of the RMS Titanic, 2004
Photo credit: NOAA/Institute for Exploration/University of Rhode Island

Whoever thought that the RMS Titanic would sink barely five days after starting her maiden journey on 10th April 1912? She was the largest ship afloat at the time. Unsinkable! the world exclaimed. Yet, a nondescript iceberg in the North Atlantic would spell her doom. What better symbol of maritime hubris and human folly than her decayed corpse? 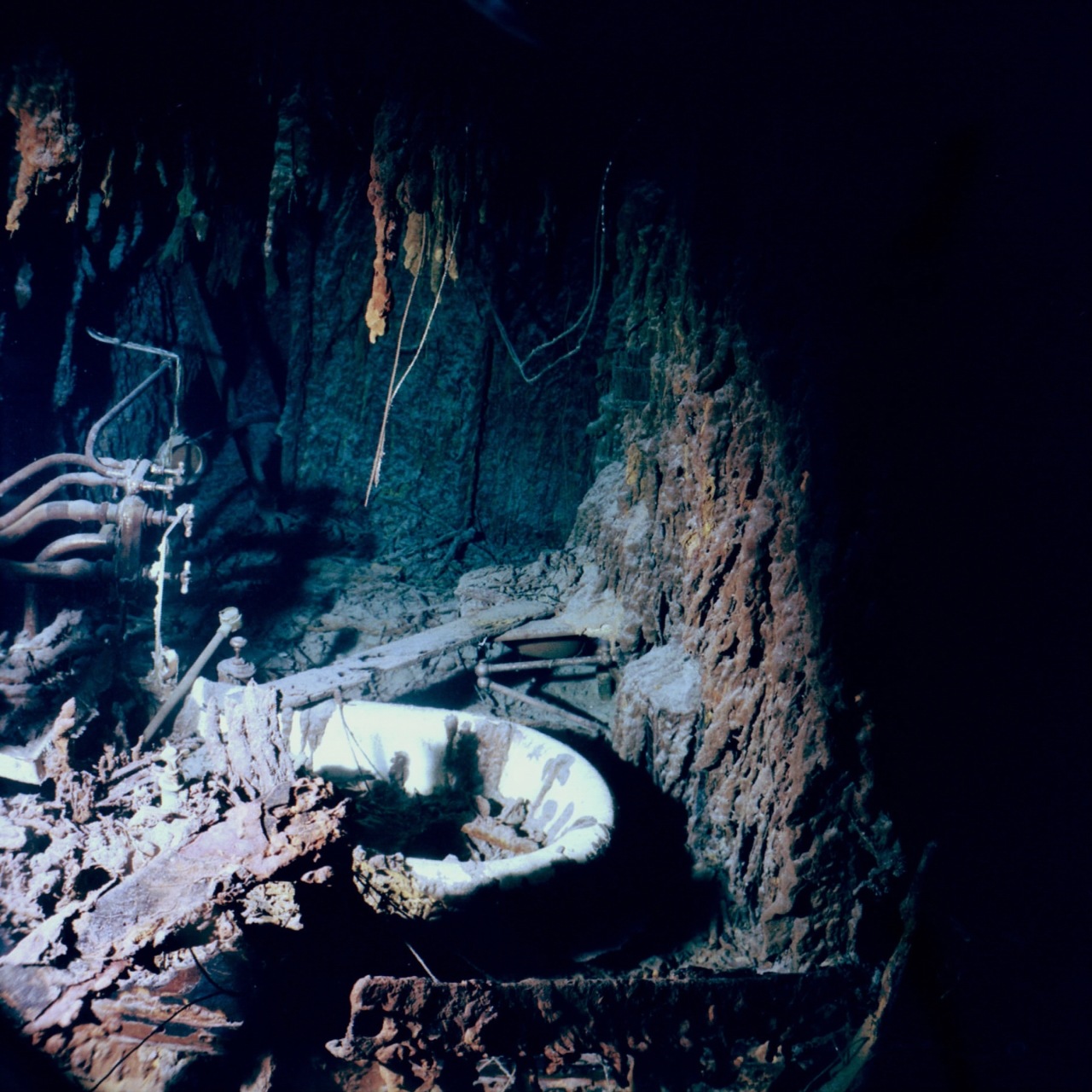 Captain Edward Smith did not get to use his bathtub very often as the RMS Titanic sank on 15th April 1912 — just a few days after she began her maiden voyage from Southhampton, England, to New York. By all accounts he went down with the ship. 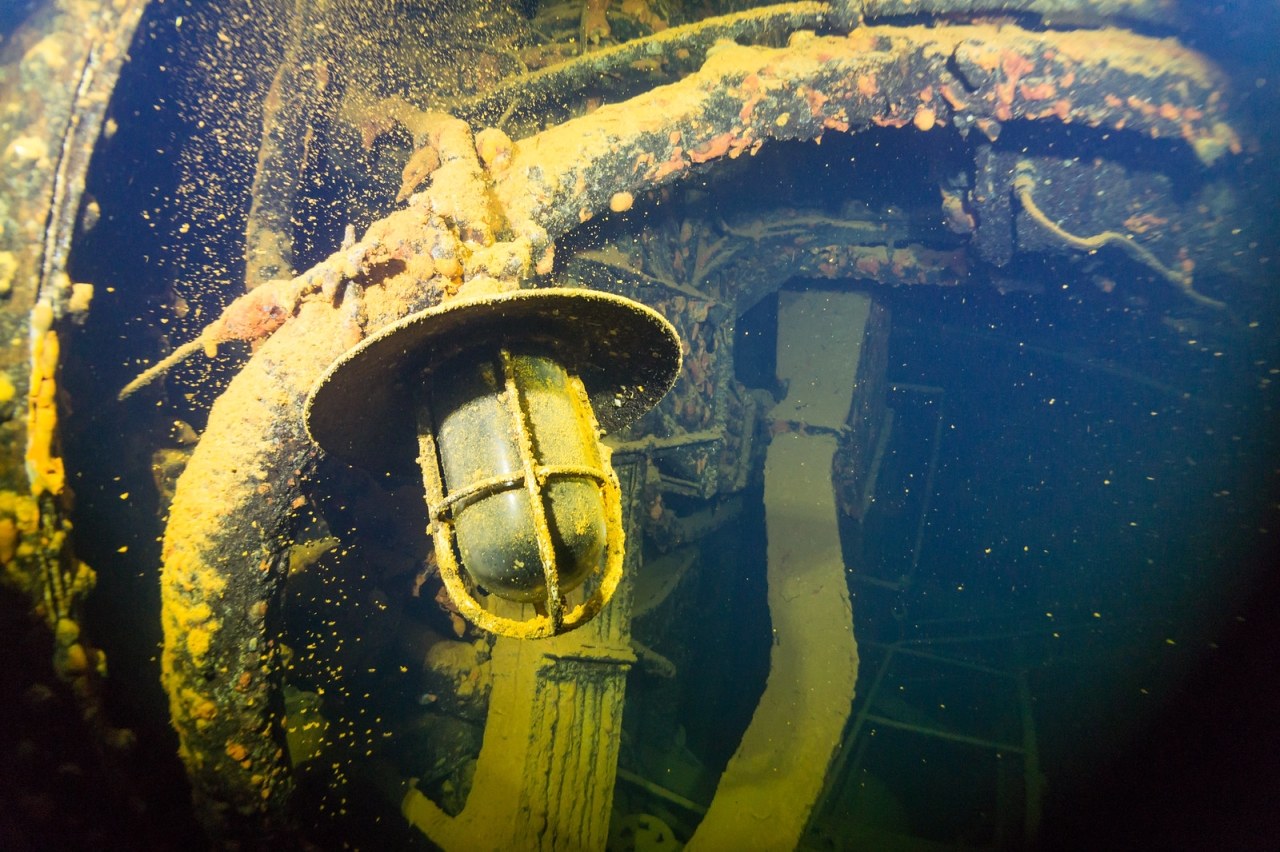 The light went out for the engine room crew of the Rio de Janeiro Maru, a passenger liner converted to a submarine depot ship (sub-tender) around midnight of 18th February 1944. The ship sank in Truk Lagoon after being bombed by American airplanes. More about the ill-fated ship here. 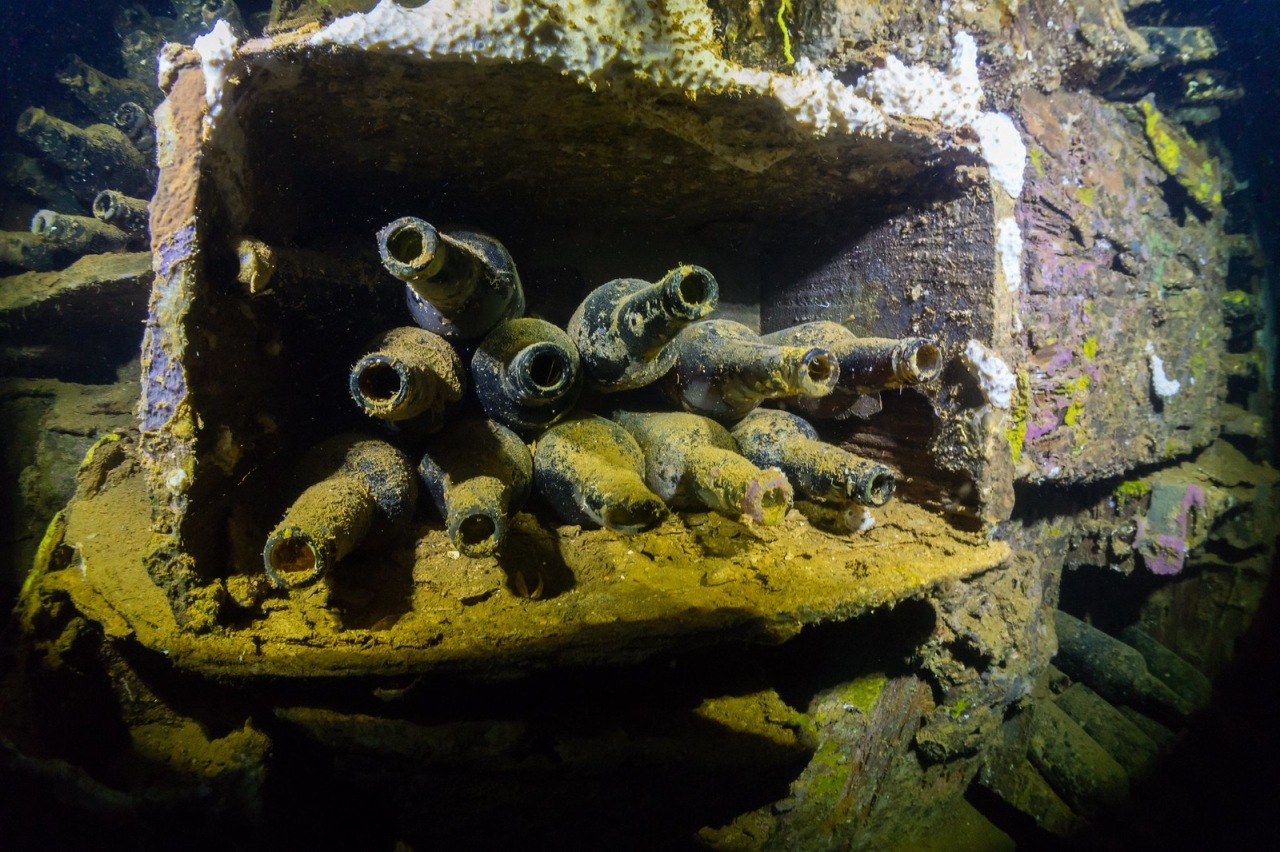 The most ordinary artefacts can tell a poignant story about the sailors who were killed in shipwrecks. Crates of beer bottles can still be found on the Rio de Janeiro Maru. Did the Japanese crew drink beer to bolster their fighting spirit and desensitise themselves to death? 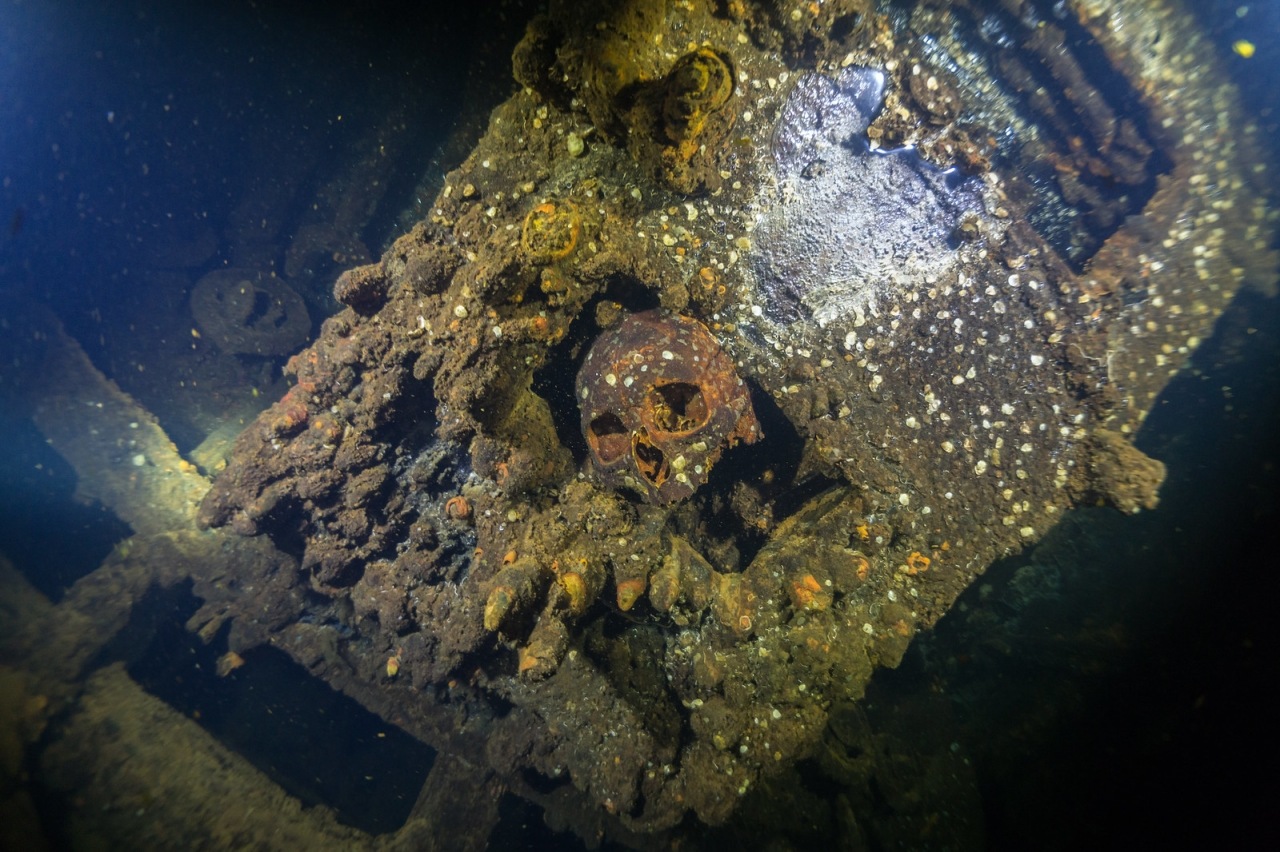 This haunting image of a skull calls to mind what French existentialist philosopher Simone de Beauvoir wrote in her 1970 book, The Coming of Age: “It is old age, rather than death, that is to be contrasted with life. Old age is life’s parody, whereas death transforms life into a destiny: in a way it preserves it by giving it the absolute dimension. Death does away with time.” 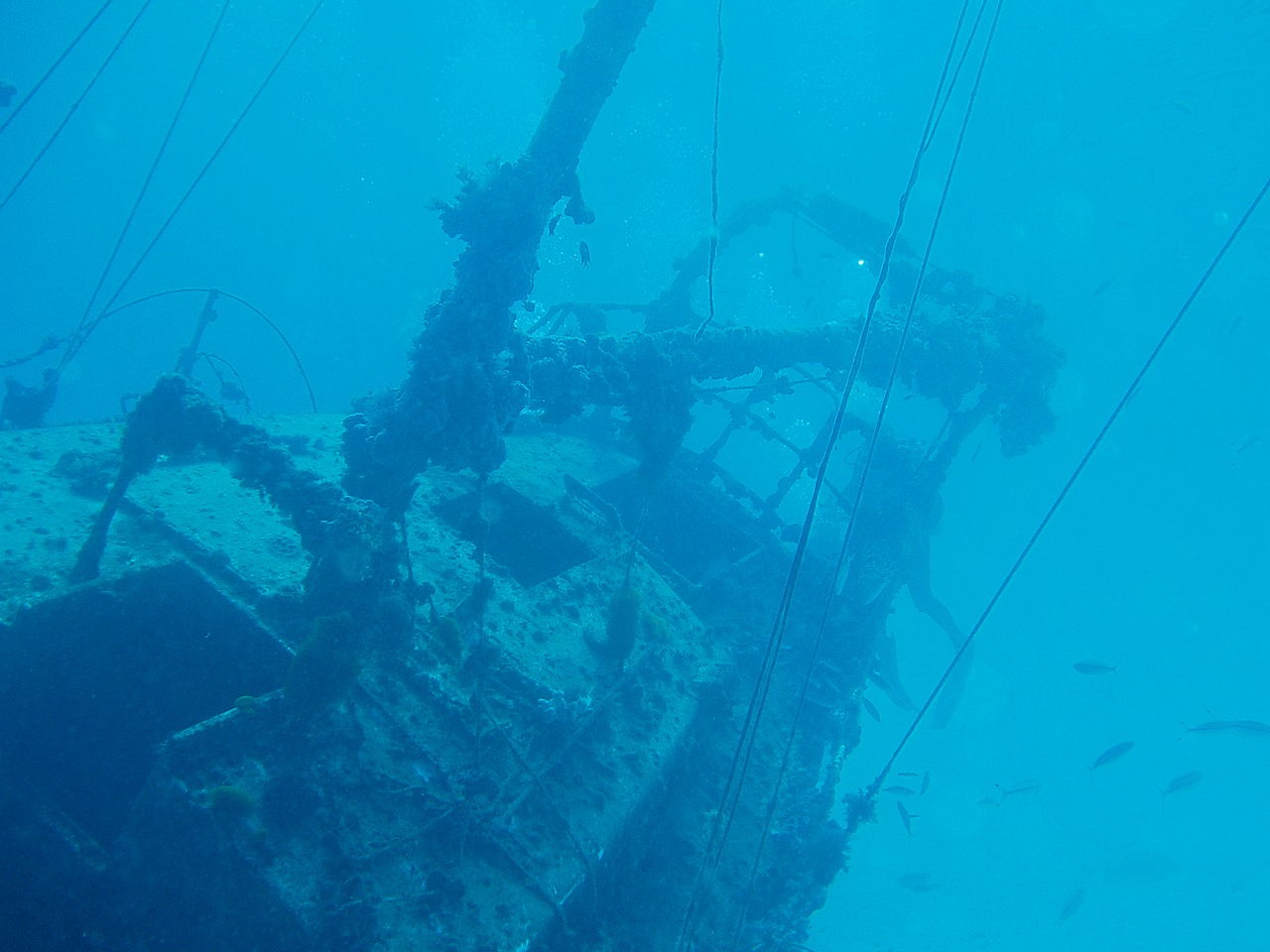 The Severance yacht sank in 1998, but it is fully intact like a mummified Egyptian pharaoh. Most of her rigging is still in place as though she were preparing to make another voyage. 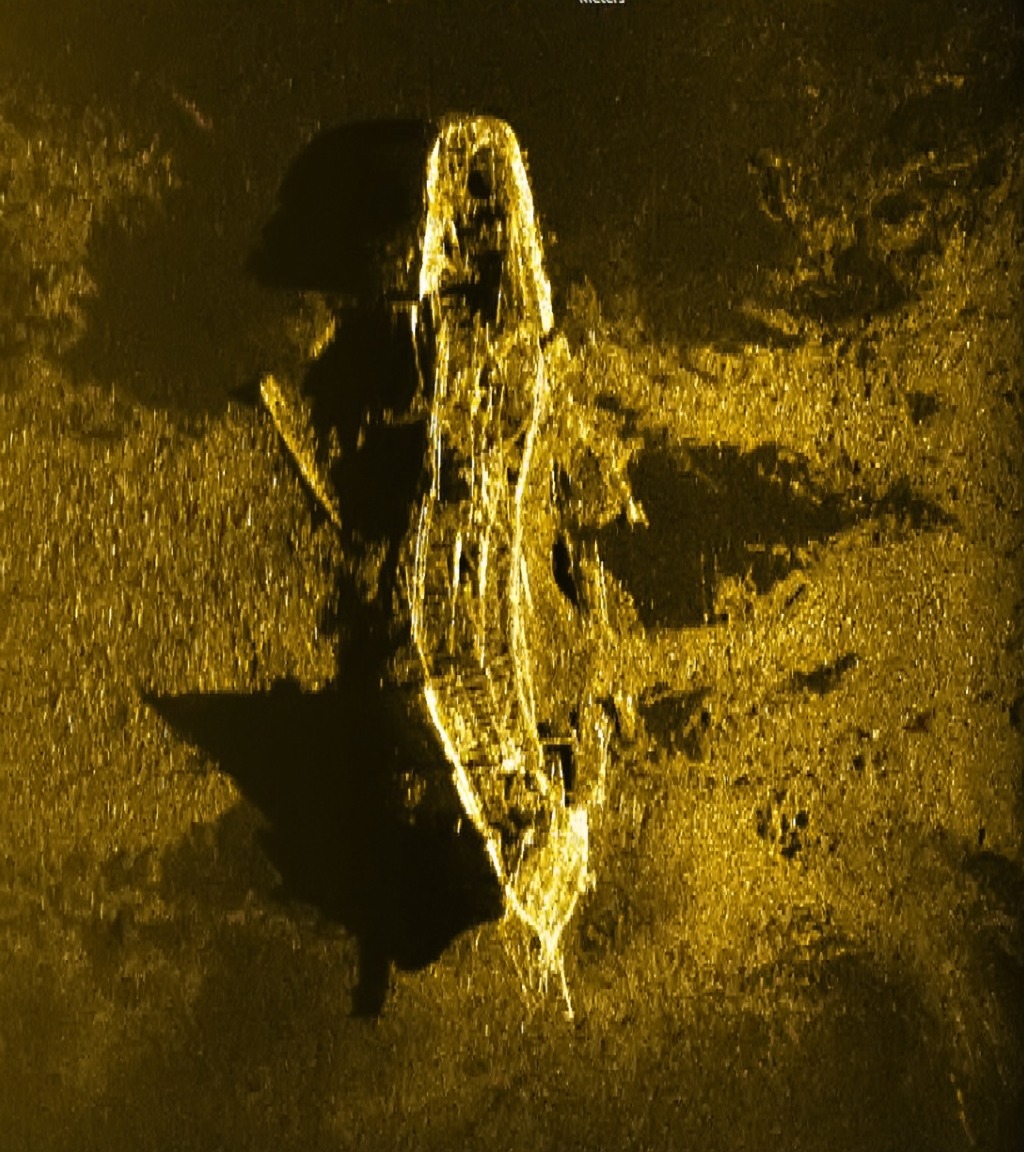 2015 sonar image of the wreck believed to be the SV Inca, which vanished
en route from South America to Australia in 1911
Photo credit: Australian Transport Safety Board (CC BY 4.0 Australia licence)

Without modern technology, this shipwreck would not have been discovered in December 2015 during the search for Malaysia Airlines Flight 370 in the Southern Indian Ocean. Technology, however, is no magic wand. The Malaysian plane disappeared on 8th March 2014 en route to Beijing from Kuala Lumpur. It was never found despite what has been described as the most expensive search in aviation history. 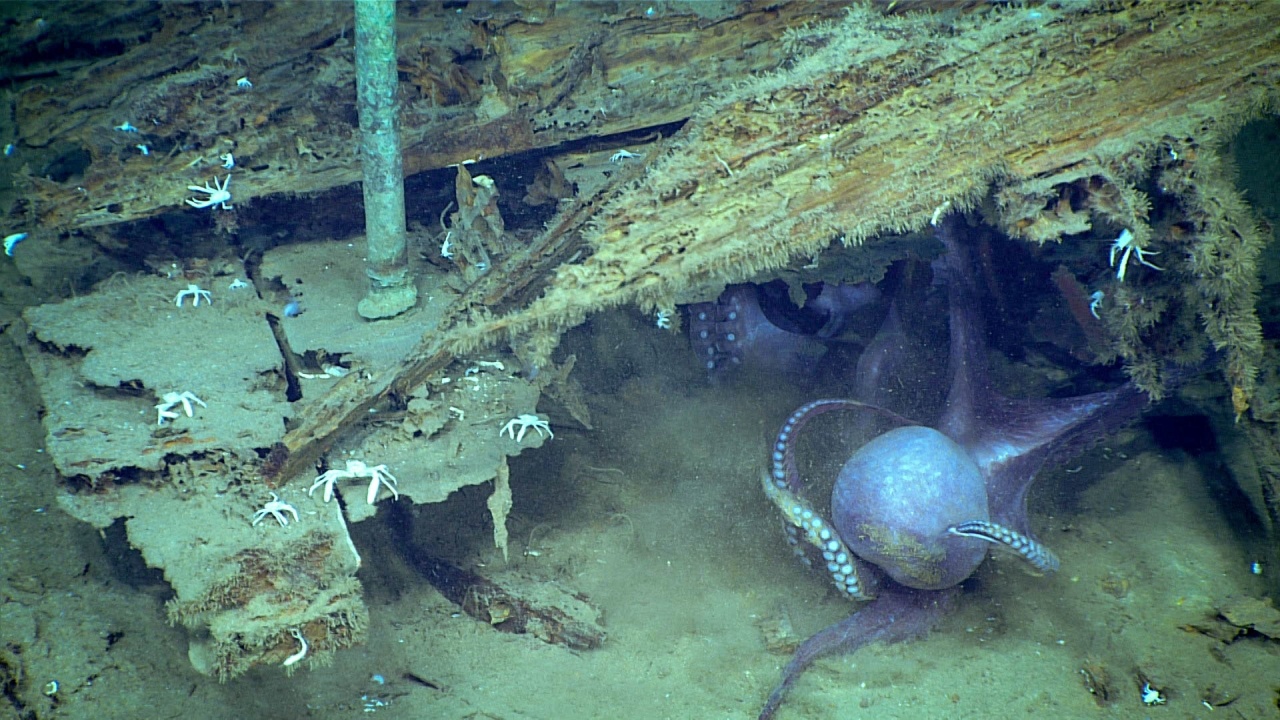 Two Muusoctopus appear to wrestle for space inside a wreck
Photo credit: NOAA Office of Ocean Exploration and Research, Gulf of Mexico 2018

It is a bizarre thought. But human bodies are practically useless in death unless the cadaver is used for study by medical students or forensic doctors. On the other hand, wrecked ships continue to serve a purpose. They are home to corals, fishes and other aquatic animals. 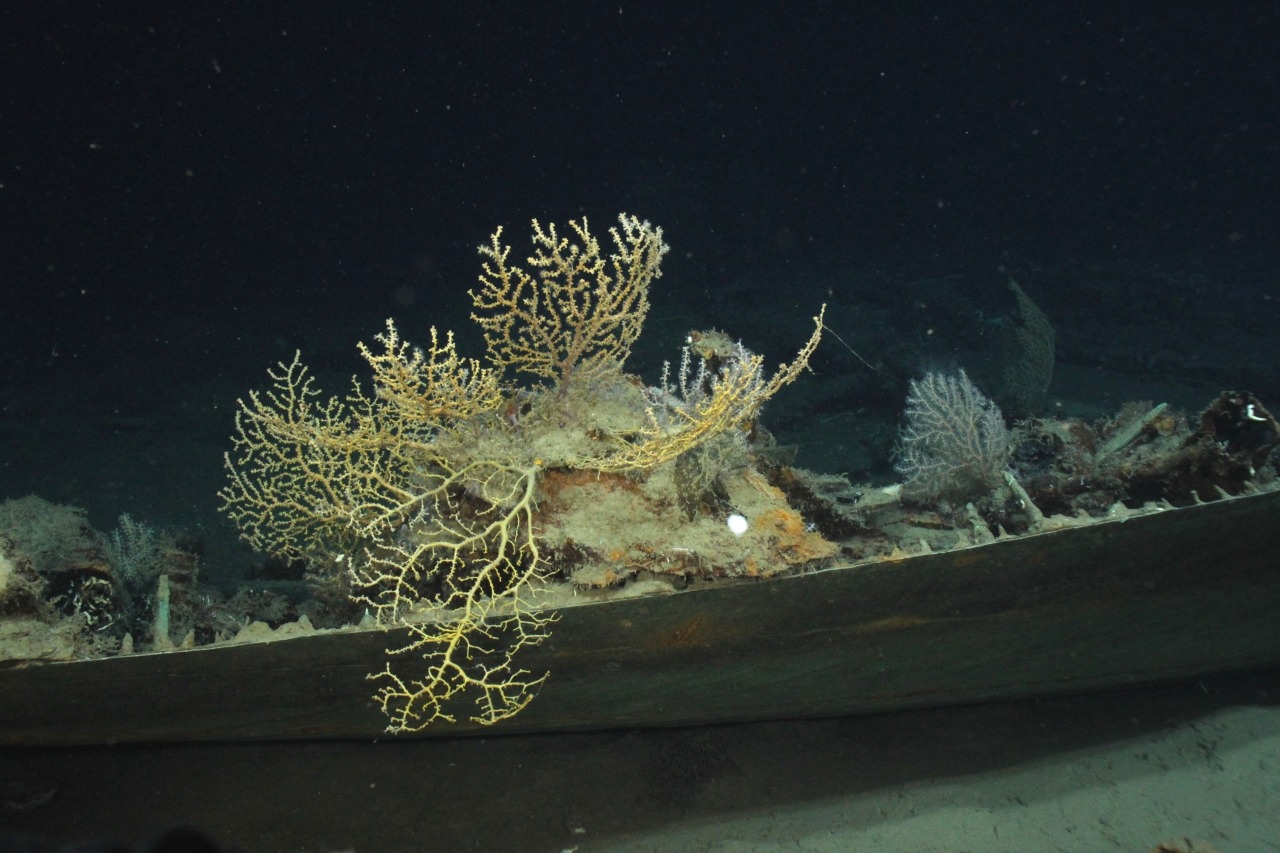 The Green Lantern Wreck, unknown wreck so named because a green lantern with the Spanish word “ESTRIBOR” (“starboard”) was found stamped on the bow. Paramuricea (a kind of deep sea coral) is located along the edge of the hull. Gulf of Mexico. 2009
Rob Church / NOAA Photo Library (CC BY 2.0 licence)

Wrecked ships and dead sailors undergo an amazing metamorphosis in the depths of the ocean. As William Shakespeare wrote in The Tempest:

Of his bones are coral made;

Those are pearls that were his eyes:

Nothing of him that doth fade,

But doth suffer a sea-change

Into something rich and strange.