Seafarers’ rights in the mechanistic world of shipping 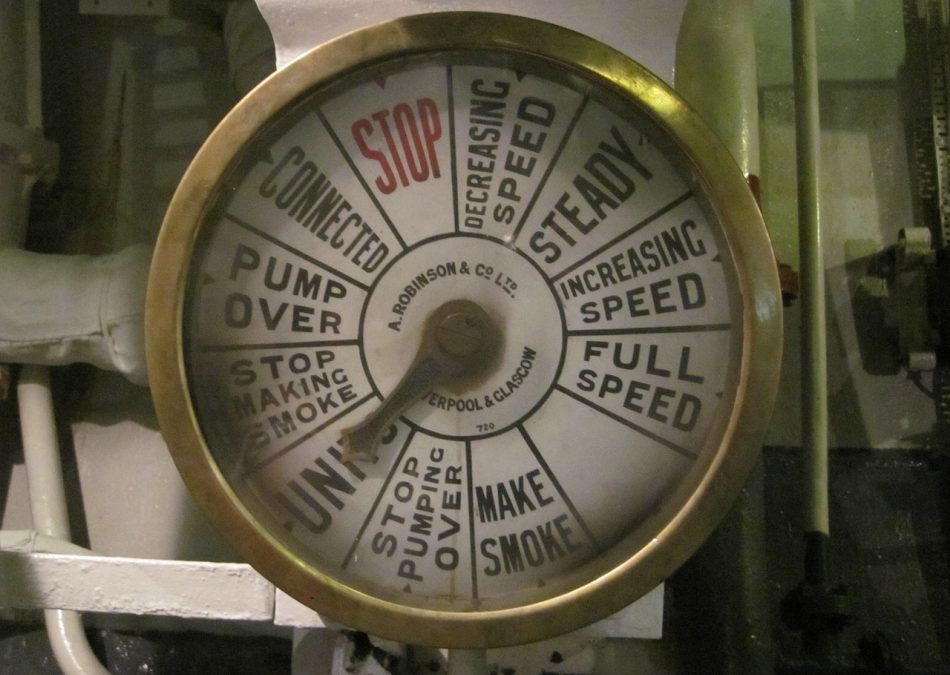 Seafarers have had the International Transport Workers’ Federation (ITF) fighting for their rights since its founding in 1896. ILO Maritime Labour Convention, 2006, aims to advance the same rights. And lest anyone forget, the 1948 Universal Declaration of Human Rights is still in place for the humane treatment of all peoples regardless of race or religion. In light of all this, why are seafarers still being treated badly as if the ITF and human rights never existed?

I agree with the plain answer most folks would give: human greed lies at the heart of the problem. How else does one explain the fact that crewing agents in Manila shamelessly steal from the dollar remittances of seafarers? Or why the International Maritime Organization (IMO) is selling copies of the International Convention on Standards of Training, Certification and Watchkeeping for Seafarers (STCW), 1978? (in contrast, the International Labour Organization provides free online access to the full texts of all ILO conventions). Human greed, especially the corporate kind, knows no bounds. As the Roman satiric poet Juvenal wrote: “The love of pelf increases with the pelf.”

However, there seems to be more to the exploitation of seafarers than mere greed for money. I believe it has to do with the nature of 21st-century shipping itself. We are dealing with an industry in which machines increasingly stand front and center above humans. The old world of shipping which inspired great works of art and literature about the sea and the human spirit is no more. Today, it is all about the Machine and its two demigods, Efficiency and Profit.

All this has given rise to a mechanistic view of the shipping world which tends to objectify seafarers. When one regards another person as a thing, it is easier to mistreat that person without suffering a pang of conscience. One loses sight of the humanity of the other. Such objectification has been epitomised in the popular maritime catchphrase “the human element”. I have been criticised for questioning the use of the term, which I find too cold. Human element? It reminds me of the periodic table of elements invented by the Russian chemist Dmitri Mendeleev. 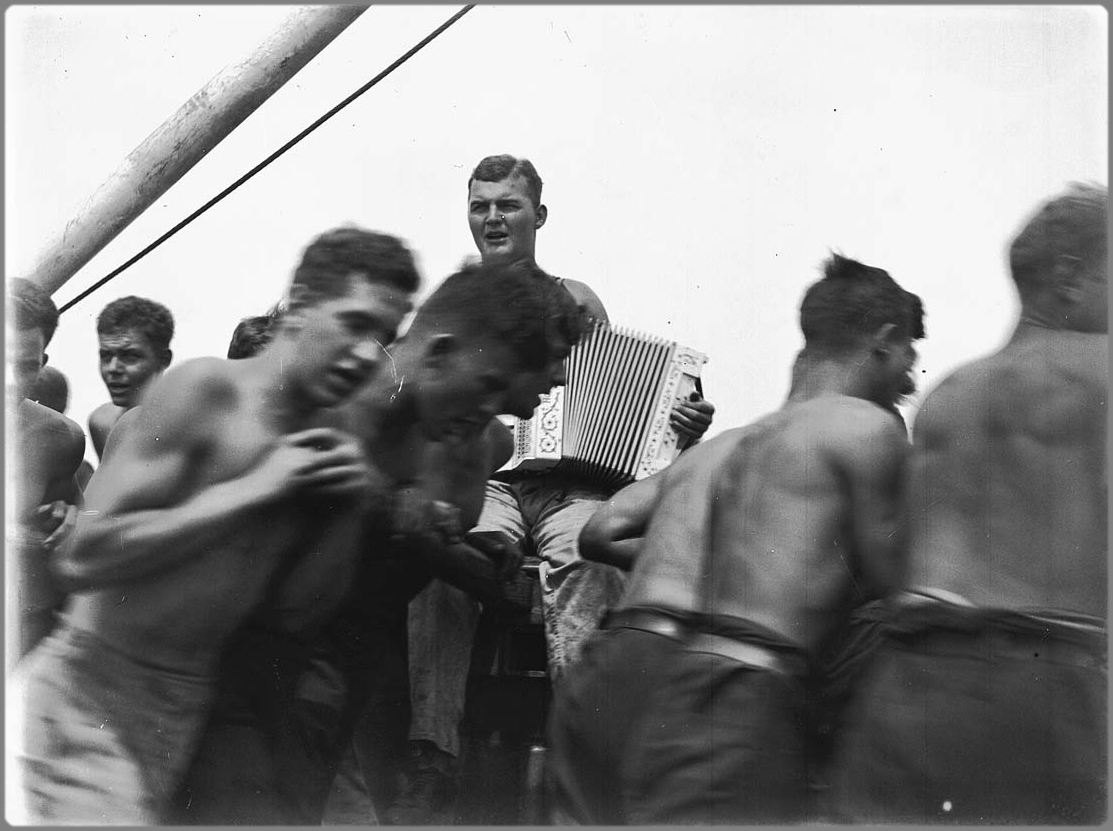 1933 photo of German sailors and an accordion player on board the four-masted steel barque, Magdalene Vinnen. Courtesy of the Australian National Maritime Museum

When one regards another person as a thing, it is easier to mistreat that person without suffering a pang of conscience. One loses sight of the humanity of the other.

Perhaps the IMO and the training providers who love to refer to seafarers as “the human element” cannot be blamed for doing so. The mechanistic mindset is rather prevalent in today’s maritime world. Just consider the brouhaha over the problem of depression at sea. The maritime do-gooders seem to believe that “wellness training” will fix what is obviously a complex social and psychological issue. The international Christian charity, Sailors’ Society, even wants to make such training mandatory through an amendment of ILO Maritime Labour Convention, 2006. 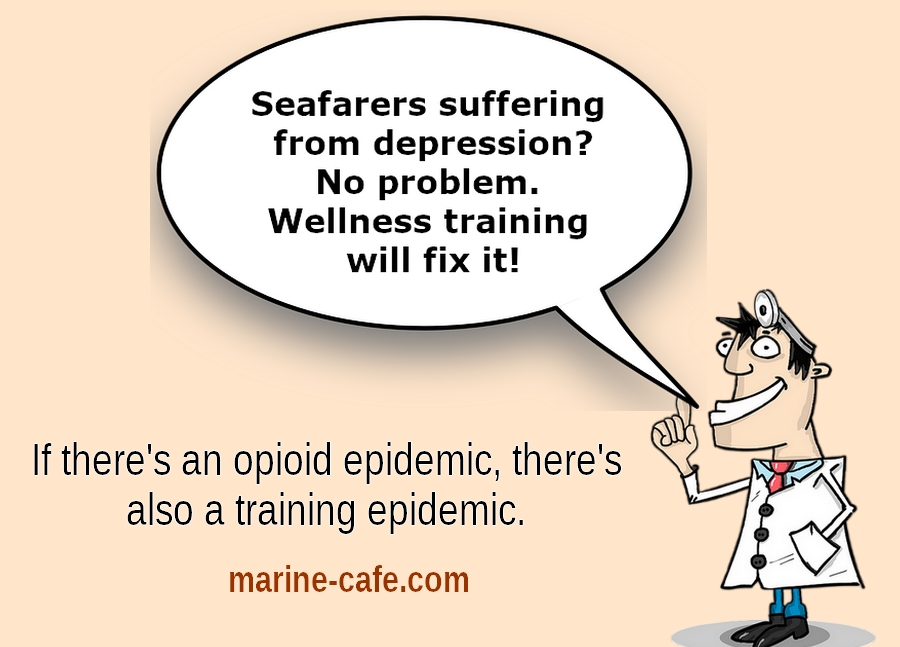 The mechanistic view extends as well to marine safety with the IMO imposing more and more training requirements on seafarers. Way back in 2012, I wrote:

Could the problem be that the shipping world has adopted a mechanical approach to the whole issue (of safety culture) – with too much emphasis laid on systems and procedures and too little on their why and wherefore? Are seafarers being made to undergo more and more training in the hope that they would behave in certain predictable ways like Pavlov’s dog? Doesn’t the culture of safety come back to the question of values? And aren’t those values being eroded by the commercialism that is gripping many by the neck – shipowners who cut corners to reduce costs, maritime schools that exist mainly for profit and seafarers who only want to earn a living but have no real love for the life at sea? (Read more: Long way to go for culture of safety)

“There is no end to machinery,” wrote the Scottish historian and political philosopher Thomas Carlyle in his iconoclastic 1829 essay, Signs of the Times. His words remain as true and ominous today as they were almost 200 years ago. Contemporary shipping is abuzz with talk about autonomous ships, which, if they do become a common reality, would represent the triumph of mechanism in the maritime sphere. Effaced by the almighty deity called Machine, seafarers would no longer be objectified. They would have become invisible — and there would be no more need to speak of seafarers’ rights. I wonder what the maritime charities and manning agents would be doing if ever that time comes.