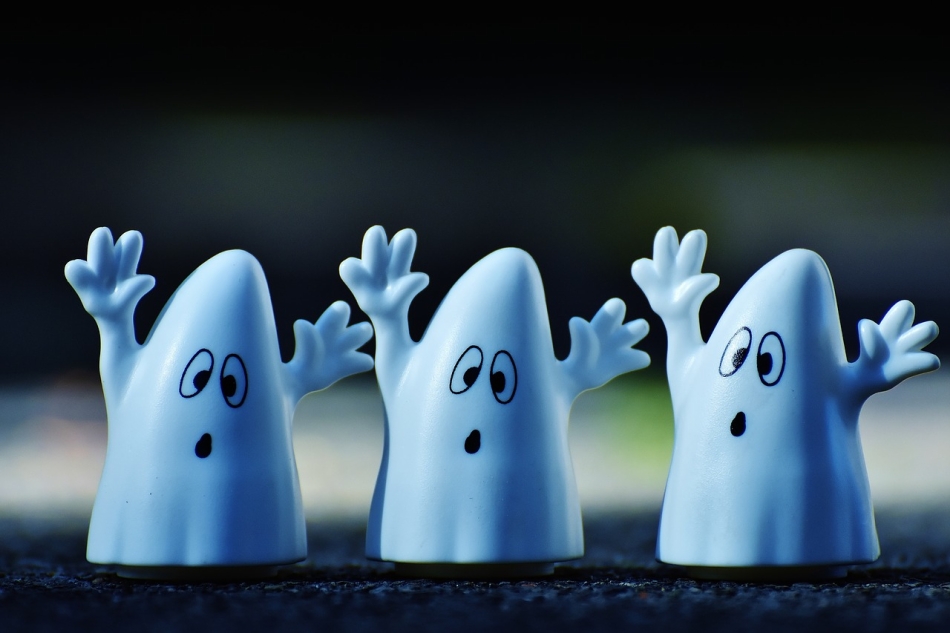 I do not celebrate Halloween. Nor do I believe in ghosts, which are said to be abroad at this time of the year. Even so, I find it fascinating how ghosts have floated from ancient folklore and mythology into the sphere of pop culture. They have become part of the human psyche. People are terrified of them, but they cannot seem to have enough of horror films and TV shows about ghost hunters and the paranormal.

Artists have not been spared from the ghost obsession. Interestingly, most artworks on the subject from the 19th and earlier centuries depict apparitions on land, either outdoors or inside houses and other buildings. Yet ghosts are believed to also loiter offshore as the following pieces show: 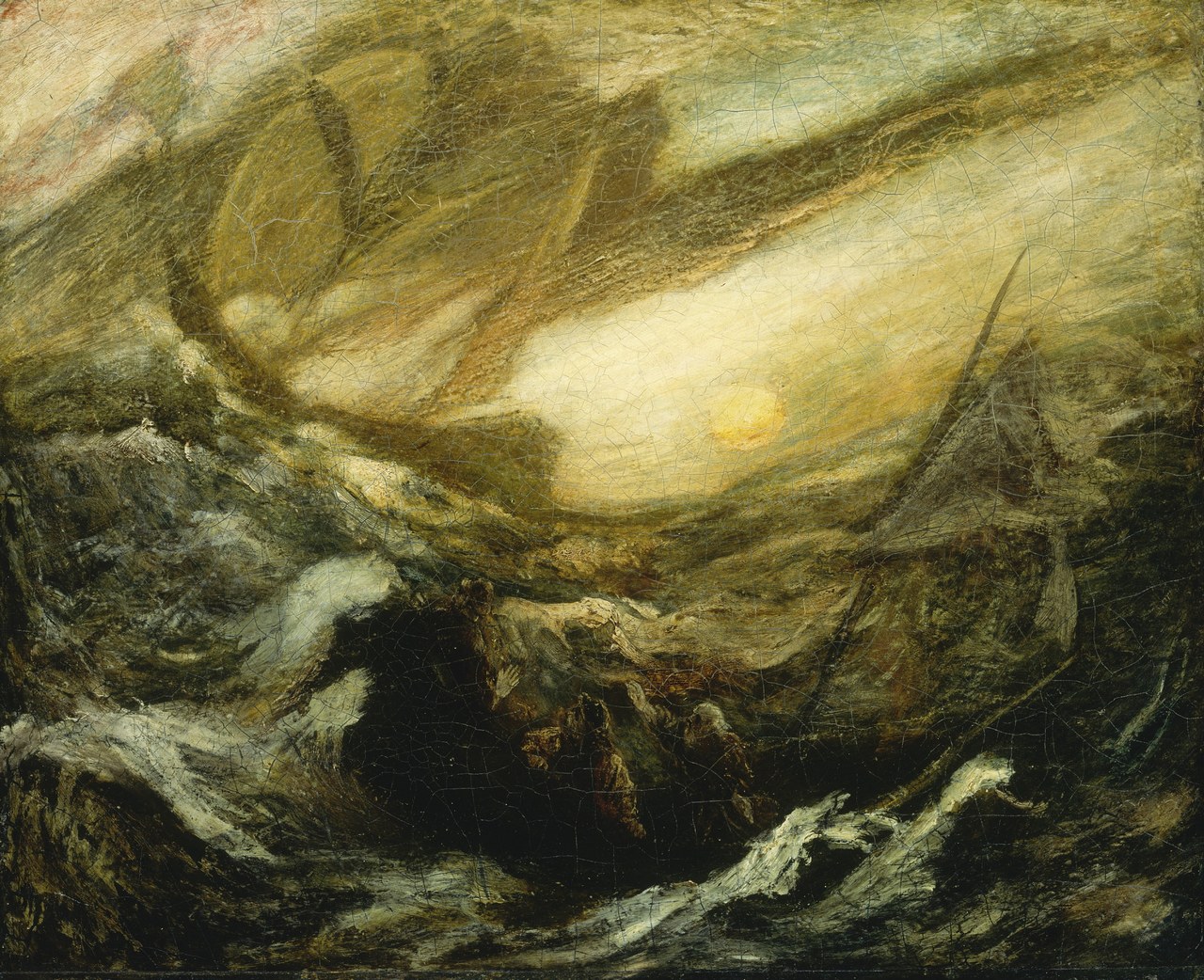 What could be more frightening to mariners than the Flying Dutchman, the ghost ship doomed to sail the oceans forever? Its appearance is said to portend imminent disaster as shown in Ryder’s dramatic painting. The fishermen on the small boat are gripped with terror as they come face to face with the spectre ship, which glows eerily like a monster from another world. 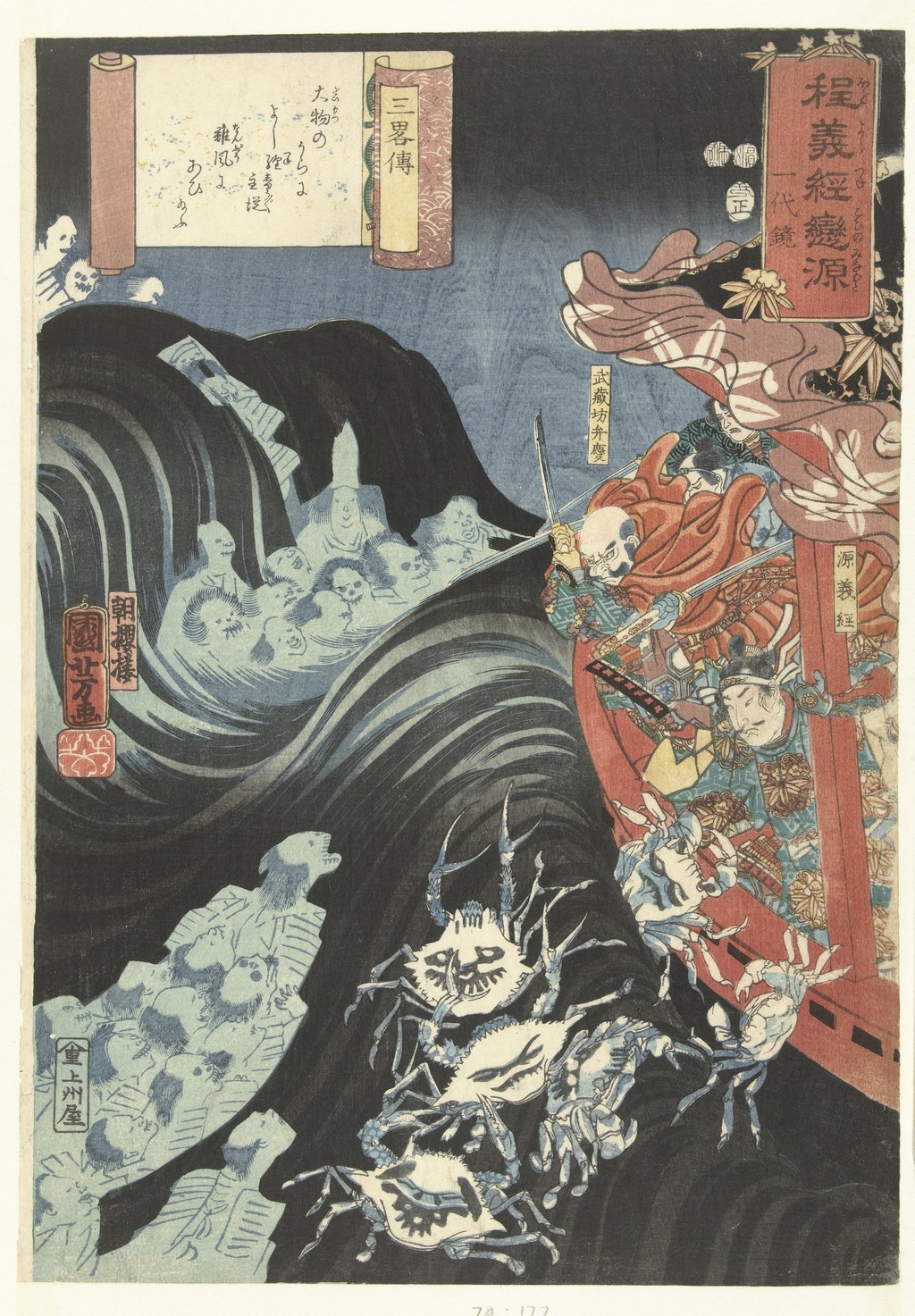 Ghosts figure prominently in traditional Japanese art and culture. In this 19th-century woodcut print, Utagawa Kuniyoshi blends myth, folklore and history into a wonderful tapestry. Minamoto Yoshitsune was a real military commander in the 12th century who defeated the Taira samurai clan in a naval battle. 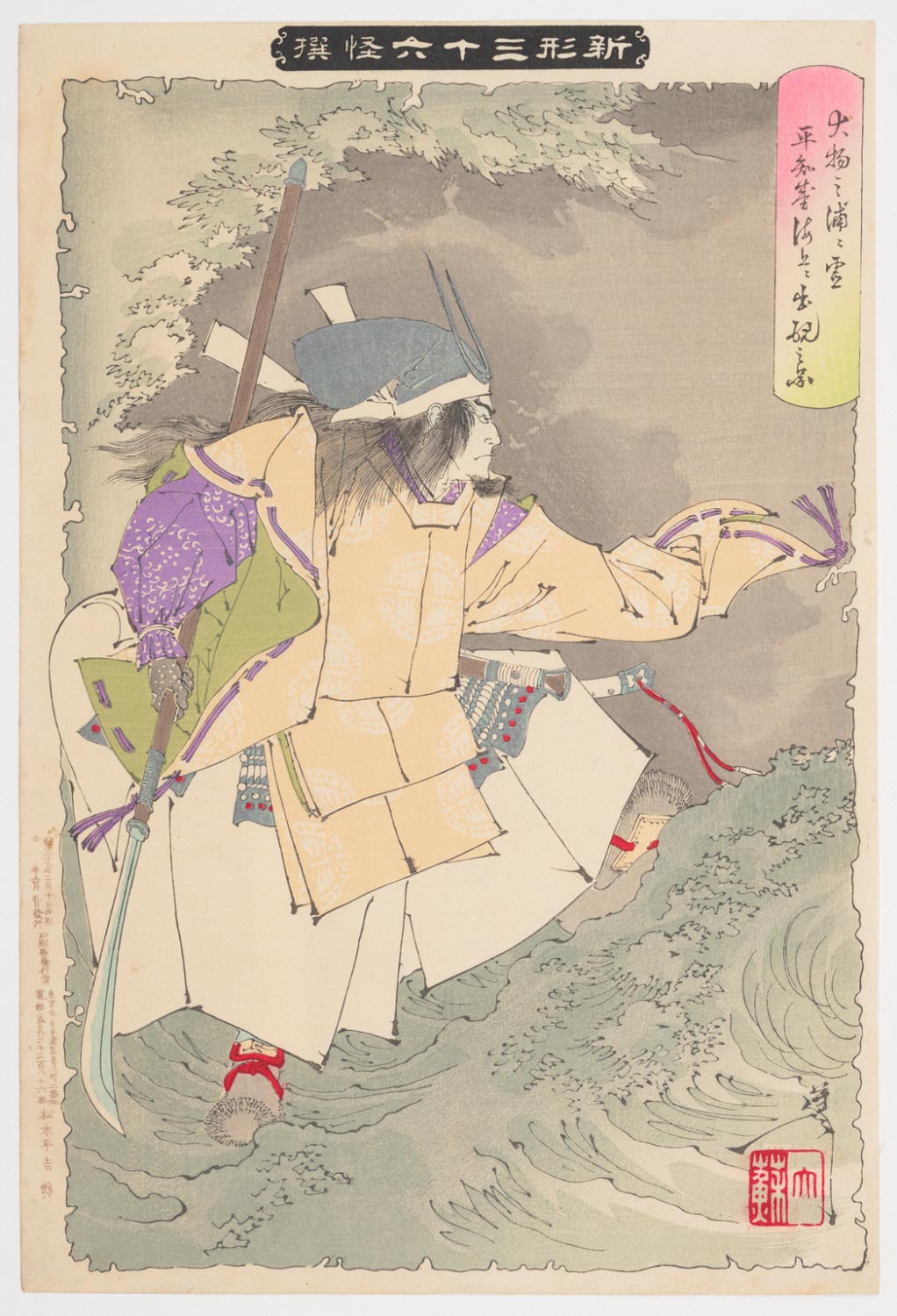 The Ghost of Taira no Tomomori Appearing to Yoshitsune
and Benkei at Daimotsu Bay, Meiji Period (1868-1912)
Tsukioka Yoshitoshi (Japanese, 1839–1892) / Philadelphia Museum of Art

Ghosts are often depicted in Japanese culture as taking revenge on living persons. This woodcut print shows the ghost of Tomomori, the leader of the Taira clan, leading an attack on the fleet commanded by Yoshitsune of the Minamoto clan. The latter had vanquished the Taira in the 12th-century Gempei War. Tomomori’s ghost is not a nebulous image but is clearly defined, albeit in faint colours. In the minds of the Japanese, ghosts can be as real as the living. 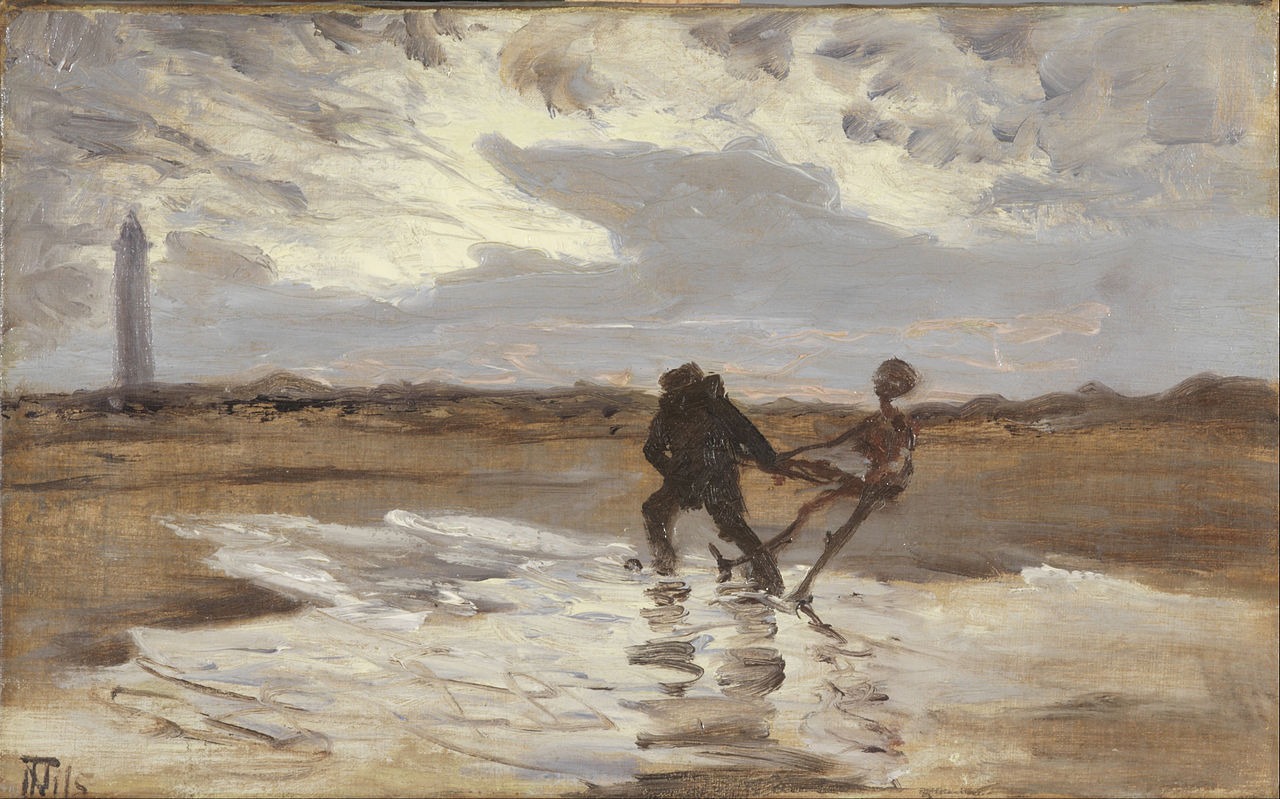 The two figures in Thorvald Niss’ painting seem to be in a tug of war. The ghost of the drowned man is represented as a human skeleton imbued with energy. Although humorous, the image conveys the idea of the sea as so dangerous that even a lighthouse (shown on the left side of the canvas) may not help save the lives of fishermen and sailors.