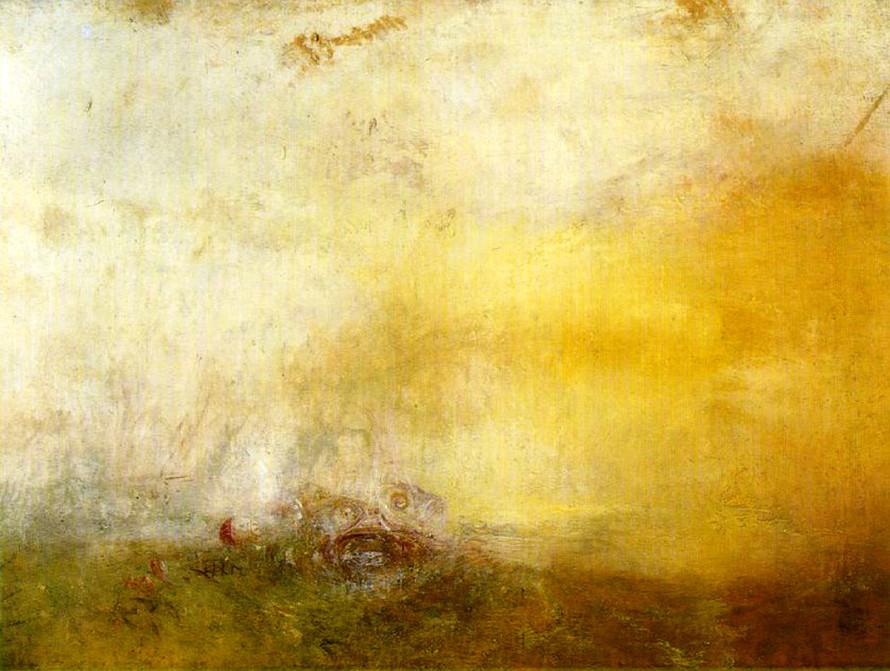 Figuratively speaking, there are monsters in the shipping industry. Some are offshore like those depicted in J.M.W. Turner‘s 1845 painting “Sunrise with Sea Monsters” (shown above). Many more can be found on land. Although the monsters are not easily quelled, we should all hope that 2017 will be a propitious year, that more good things than bad will come.

Here’s a list of the changes I personally wish would happen in the industry that remains culturally and ethically challenged:

• marine paintings hanging on the walls of more offices

• a return to good old journalism by the maritime press, a rejection of copy-and-paste journalism

• a serious look at the training overload on seamen by all major industry players, not least the International Maritime Organization

• more young people entering the merchant marine profession because they love the sea, not just the money

I could add more to the list. The appointment, for instance, of more maritime women to positions of power (IMO has never had a female secretary-general). Or new legislation that would ban Manila’s disgraceful system of using cadets as unpaid office help. But I hate to play Don Quixote. The maritime status quo is as hard as granite, and old habits and prejudices refuse to go away. Nonetheless, Marine Café Blog would like to wish all those involved in the shipping industry a bountiful and peaceful year ahead — in spite of the monsters. ~Barista Uno