Sign of the times: captains criminalised for sea rescues 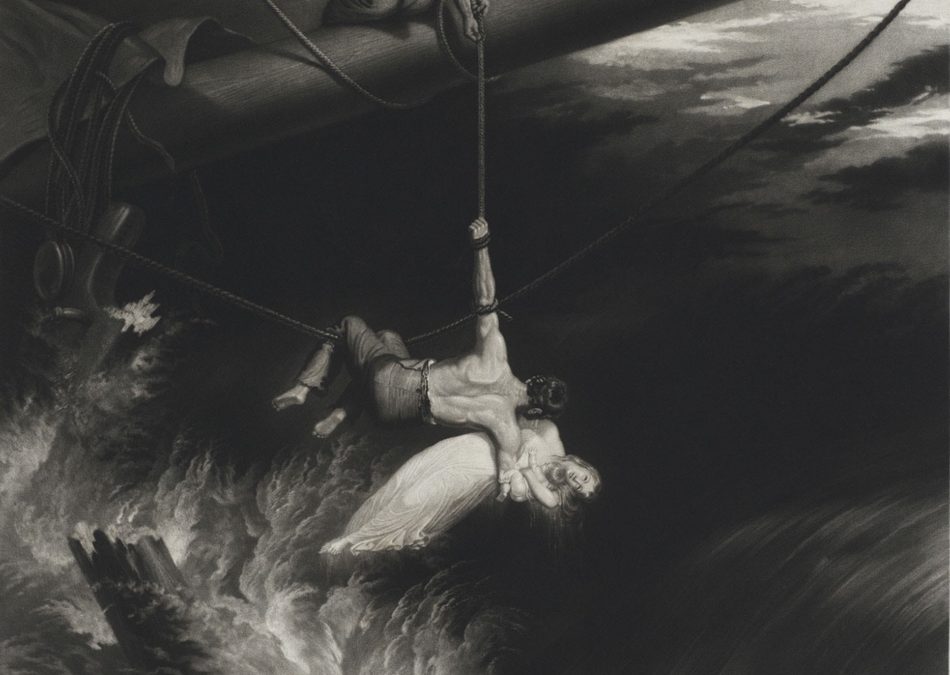 The noble tradition of saving lives at sea, which British engraver Henry Edward Dawe depicted in his 1832 print They’re Saved! They’re Saved! (pictured above), is under attack. This year, two German captains of rescue vessels operating under the umbrella of Sea-Watch were thrust into the limelight. They were arrested by Italian authorities, accused of breaking Italy’s laws against illegal migration and aiding human traffickers. 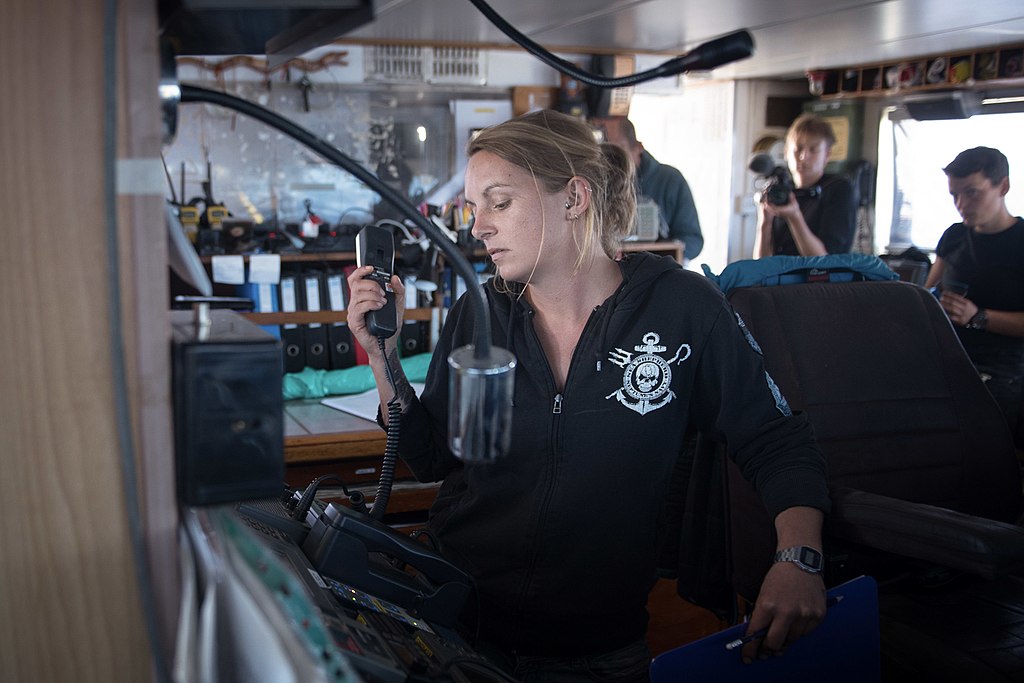 Captain of rescue vessel Iuventa. Boat detained in August 2017 after entering Italy’s island port of Lampedusa. Klemp is accused of aiding illegal migration and could face up to 20 years in prison plus “horrendous fines”. Read more about her case here. Photo credit: Ruben Neugebauer / Sea-Watch.org (shared under CC BY-SA 4.0 licence) 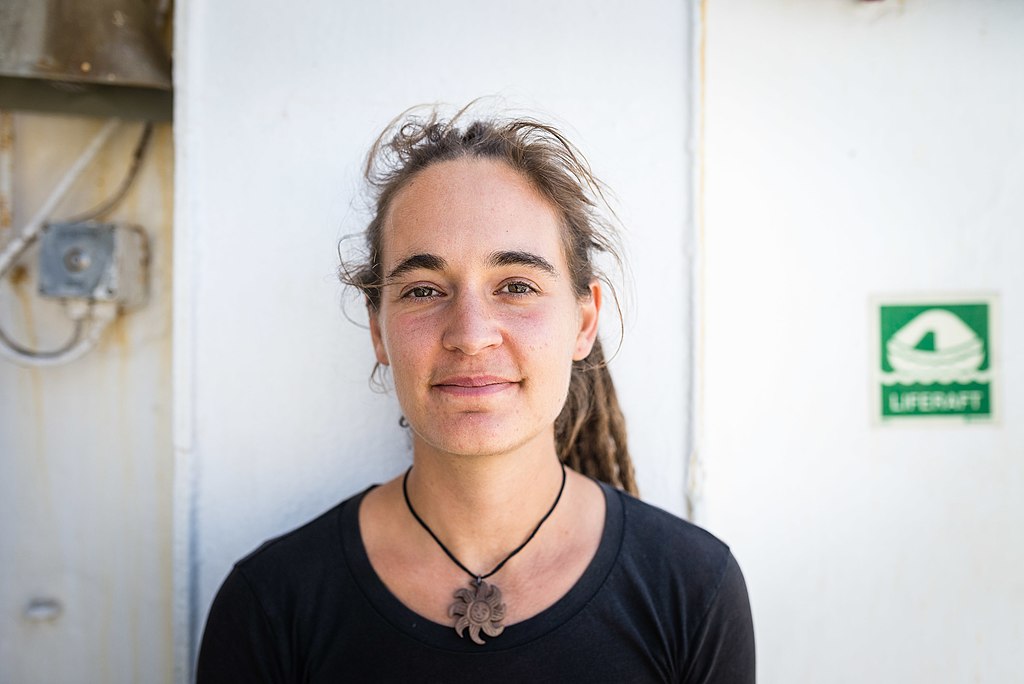 Captain of rescue vessel Sea-Watch 3. Arrested on 29th June 2019 for helping illegal migrants. Held for several days after the ship with 40 rescued migrants hit an Italian police speedboat whilst entering the port of Lampedusa. Freed from house arrest by an Italian court and returned to Germany. Read about her release here. Photo credit: Paul Lovis Wagner / Sea-Watch.org (shared under CC BY-SA 4.0 licence)

Read more: The noble tradition of saving lives at sea in art

That both captains have been hailed as heroes by some and condemned as criminals by others is in itself telling. It shows how deeply divided Europeans are on the migrant issue. Just as important, it brings to the fore the conflict between national interests and universal human values.

Alessandra Vella, the Italian judge who ordered Carola Rackete’s release, said the captain did not break the law and was carrying her duty to protect life. Her ruling was in complete consonance with international law and maritime tradition. However, it has not softened Italy’s stand on migrants trying to cross the Mediterranean sea into Europe from North Africa. Refugee boats and rescue vessels are still barred from entering Italian territory.

Can the Italians be blamed? The country has been flooded with illegal migrants. Frustration and anger are swelling over the European Union’s failure to work out a unified policy that would stem the tide. Anti-migrant sentiment is on the rise, not only in Italy but in a few other EU countries. Italy’s populist Interior Minister Matteo Salvini has become its rabid voice.

These are sad times indeed. Rescuing people at sea who are in distress or face imminent death is a time-honoured tradition in the maritime world. It is a moral duty sailors are bound to uphold even during times of war. It matters not if the person needing help is an enemy. All human lives are precious. 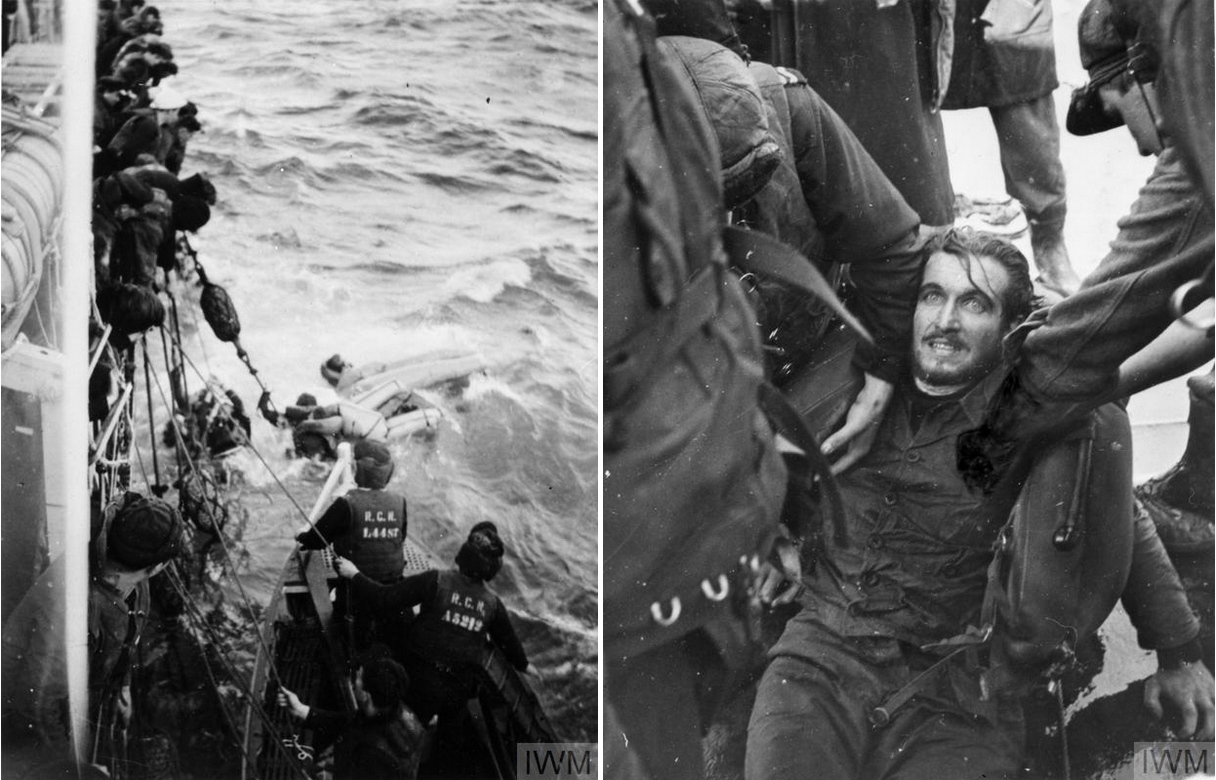 Canadian frigate SWANSEA’s seaboat alongside as U-boat survivors are helped out of the sea and on board the frigate, 1944 (left). One of the U-boat survivors, still dazed, rests on the deck as his sea soaked clothes are stripped off by men of the SWANSEA (right). Photos and captions courtesy of the Imperial War Museums, UK

Those who argue that the actions of Captains Klemp and Rackete have encouraged more illegal migration and aided the Libyan human traffickers are missing one important point. The flood of migrants is a direct result of the 2011 NATO intervention in Libya which led to the fall of dictator Muammar Gaddafi and the subsequent chaos in that country. The death of thousands in the Mediterranean sea is a European-made catastrophe. The problem won’t be lessened by criminalising ship captains who seek to protect lives.