Sunrise at sea: six glorious paintings you will love

It is January, so I thought I would share some paintings which depict sunrise at sea. The first month of the year derives its name from the Latin word for door, ianua, and is often associated with the Roman god Janus, who presided over doors and beginnings. I hope the following artworks will inspire readers of Marine Café Blog. In a way, they echo what the Italian poet and novelist, Cesare Pavese, wrote: “The only joy in the world is to begin. It is good to be alive because living is beginning, always, every moment. When this sensation is lacking—as when one is in prison, or ill, or stupid, or when living has become a habit—one might as well be dead.” 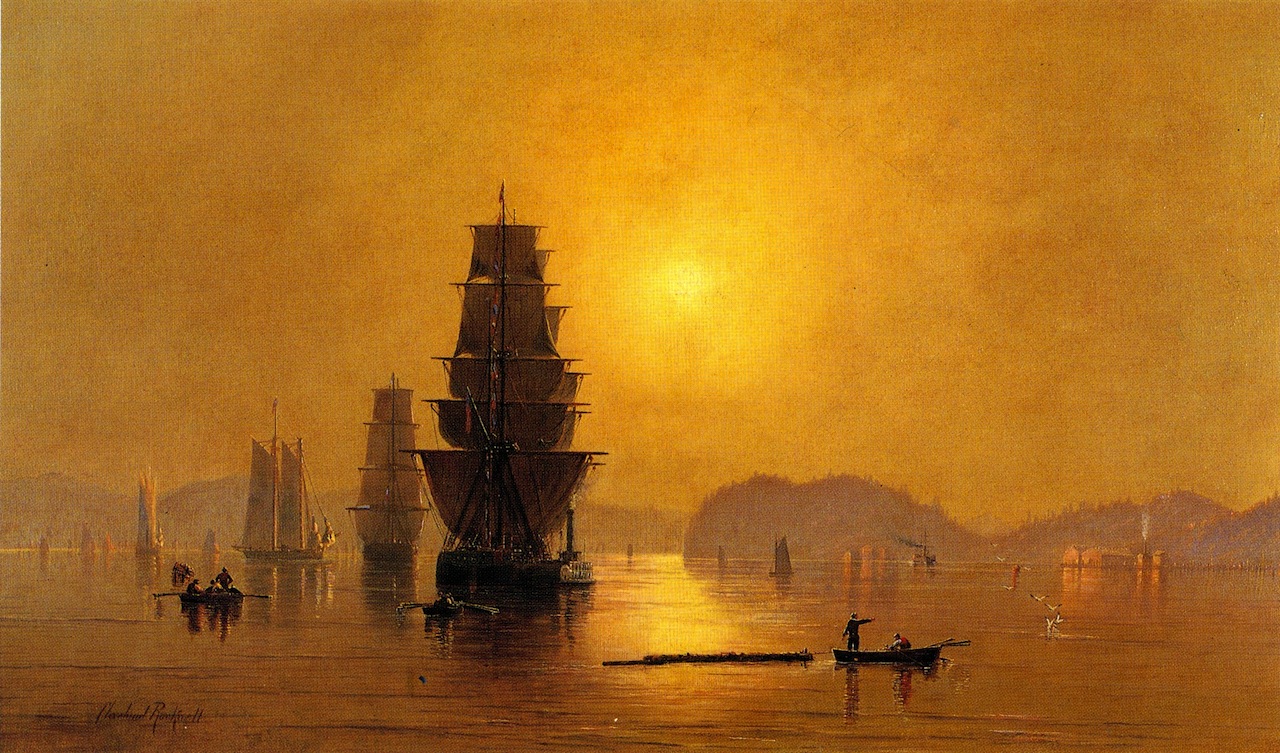 Astoria harbour in the Pacific Northwest state of Oregon slowly stirs to life as the sun casts its lambent orange light over the ships and water. Against the backdrop of hazy hills pervaded by a dreamy languor, the fishermen are up and about and the seagulls on the lower right are busy catching fish for breakfast. 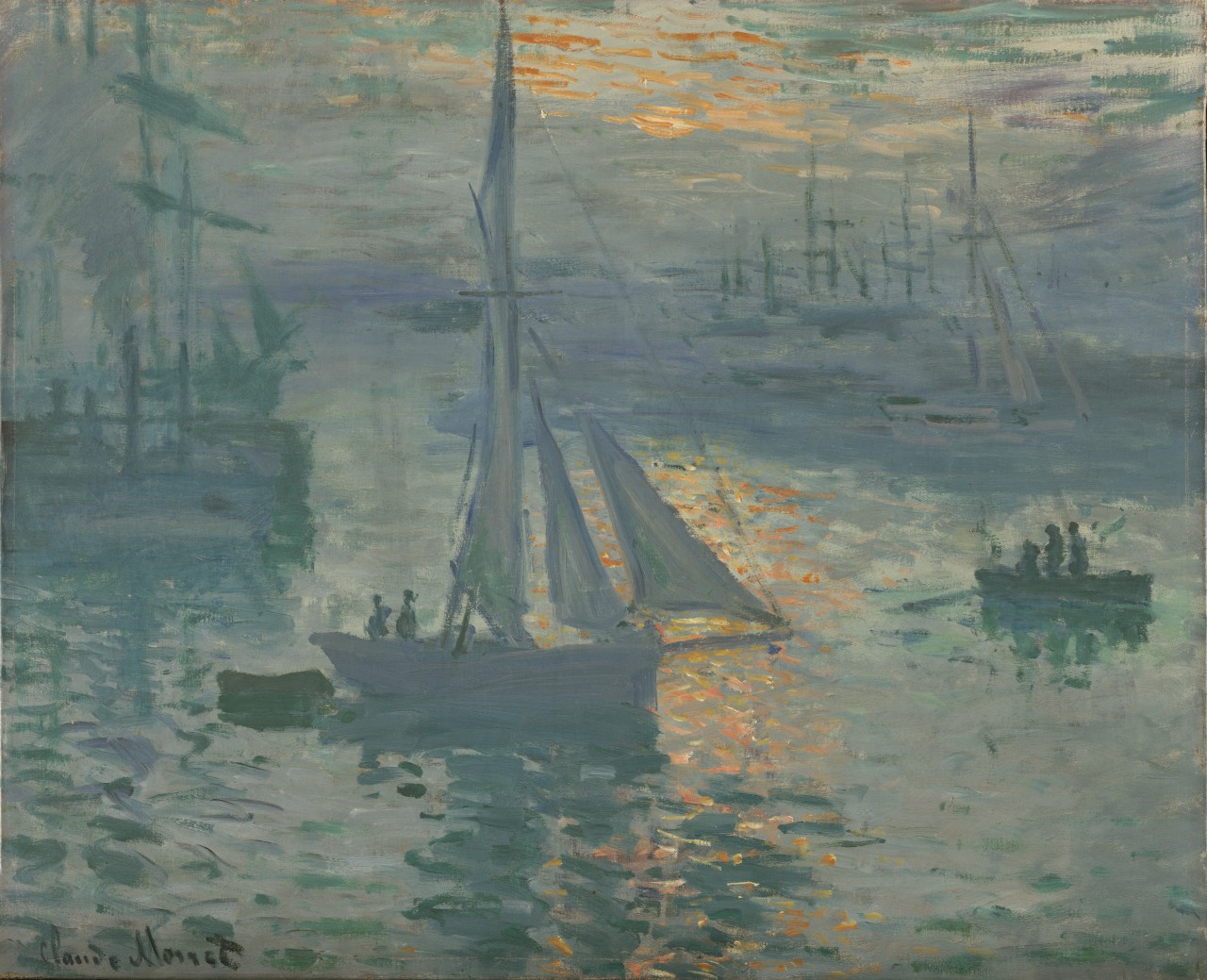 In lieu of his customary bright palette, Monet renders the French port of Le Havre at dawn in hushed shades of blue and green. The rising sun is shown only in small strips of yellow and orange, which are mirrored in the water. The atmosphere is subdued, but the artist has created a wonderful yet subtle tension between light and shadow. 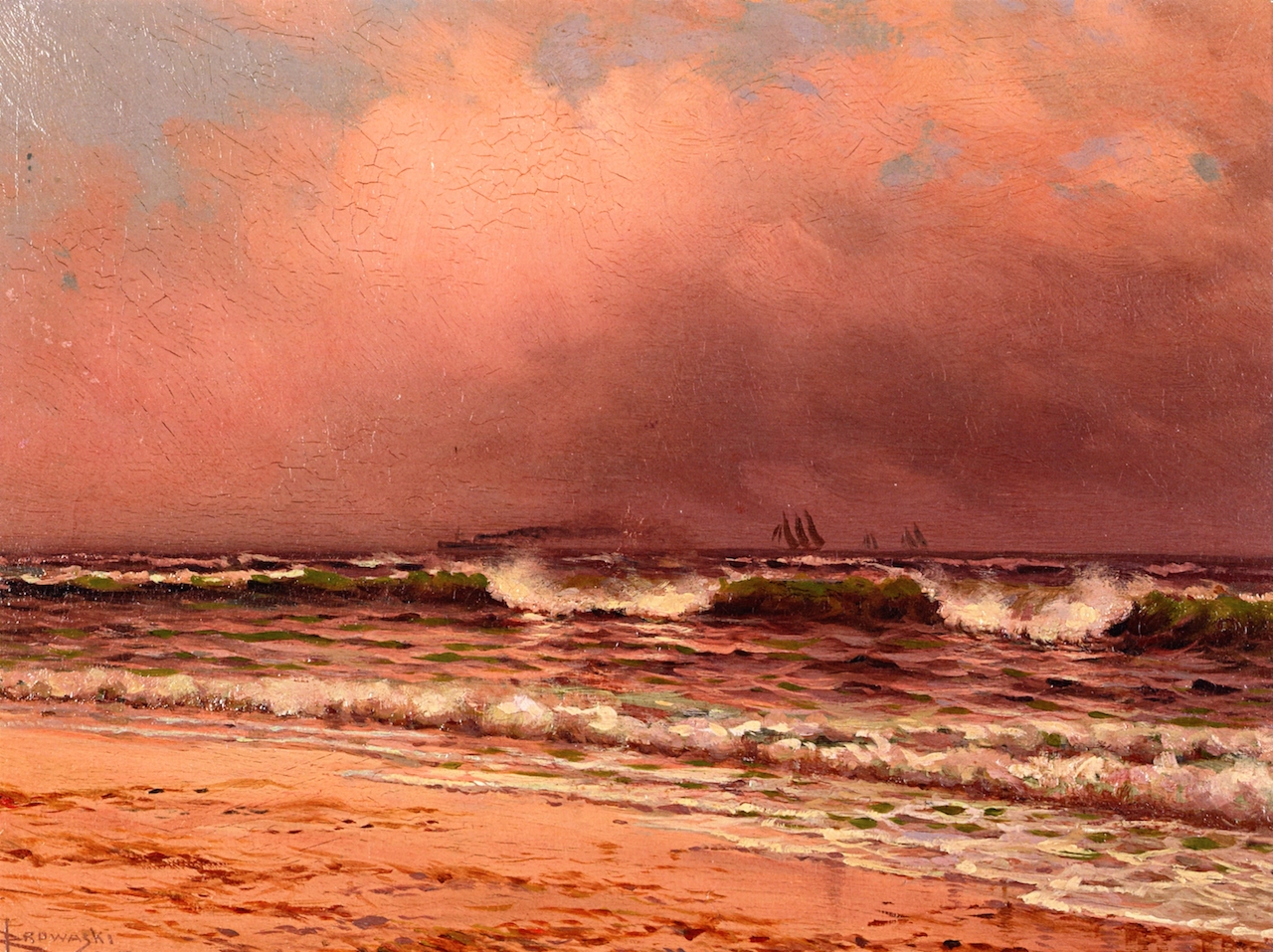 Awash in the red and pink hues of sunrise, this seascape conjures up a rose opening itself petal by petal  to welcome a new day. The white and green waves and the wind-swept sails on the horizon all add to an electric atmosphere of vitality. 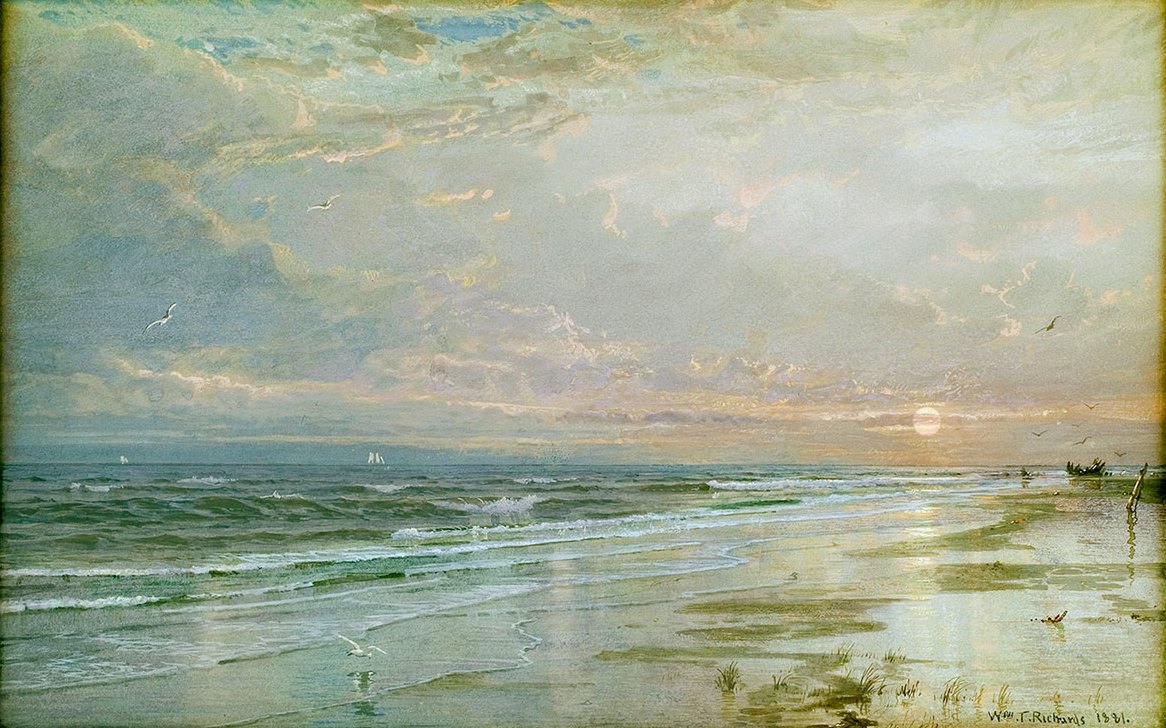 This is pleasantly off the beaten track of sunrise-at-sea paintings. The low-angle view of the shore and the artist’s thoughtful use of perspective create a sense of movement from the lower left area of the canvas towards the sun. The beach shimmers in the soft light of early morn as sky, sea and sand appear melded in iridescent blue and green.The sailboats in the distance and the seagulls flying about are inconspicuous but form a palpable part of the tranquil scene. 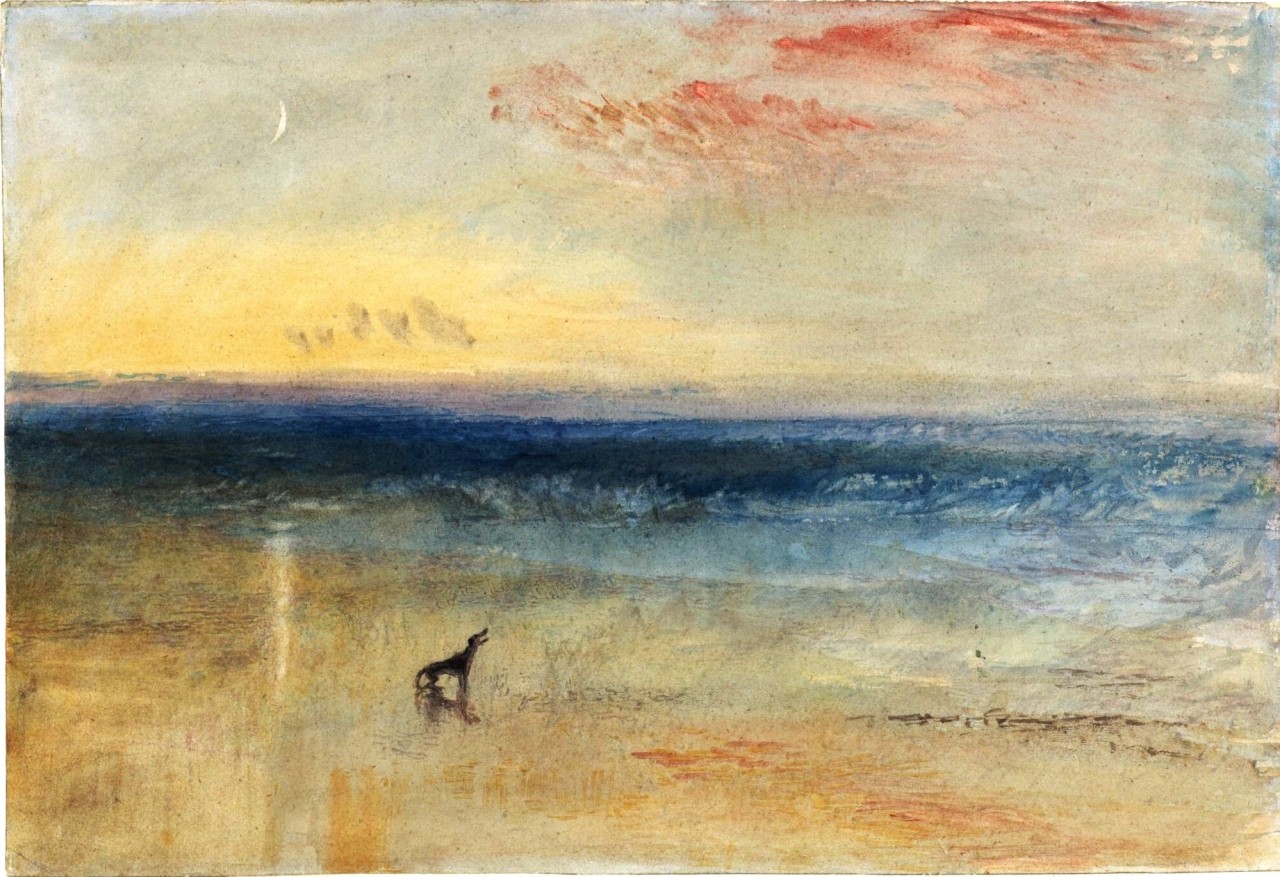 John Ruskin, an English art critic and avid contemporary fan of Turner’s, is said to have provided the title for this artwork. He probably imagined a tad too much as there is not a hint of any shipwreck, only an emaciated dog howling at the sea and sky. In any case, the lonely image of the canine, the blood-stained sky and beach, and the mist-shrouded sea make for an eerie scene that makes one’s imagination wander. 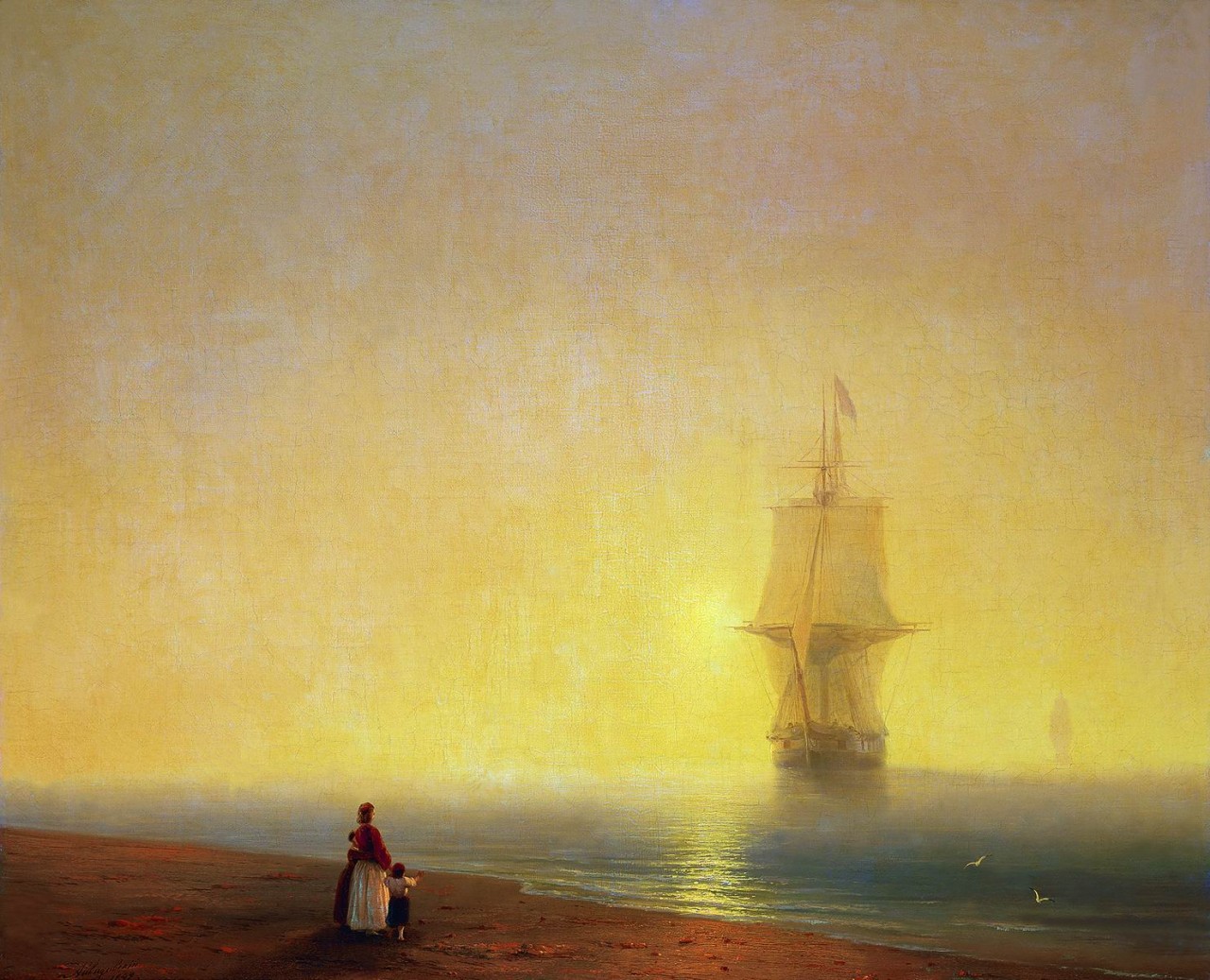 Ivan Aivazovsky, the Romantic painter extraordinaire, created a work that may be described as divine. A woman holding her two children by the hand stands silently on the shore and gazes toward the sailing ship that sits majestic on a calm sea. Is she perhaps waiting for her sailor-husband to disembark? The entire painting is suffused with a solar glow that evokes warmth and a feeling of expectancy.